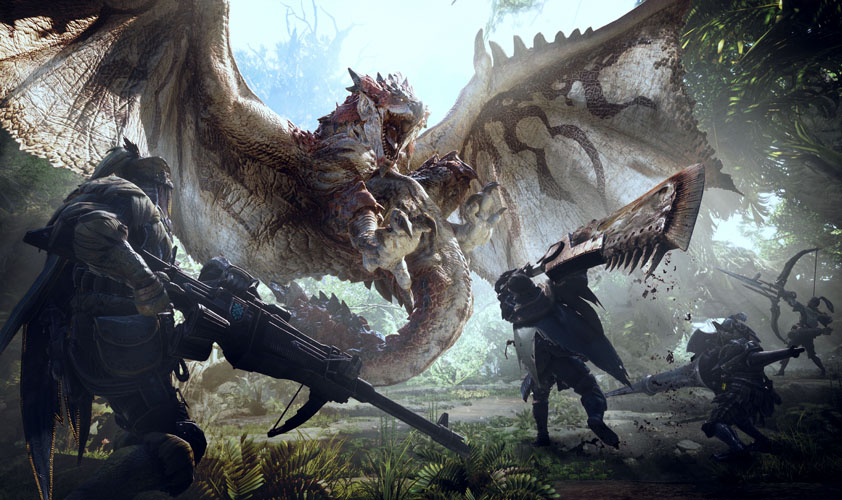 I've made well over a dozen friends while playing Monster Hunter World. I haven't spoken a single word to any of them.

Maybe "friend" is a bit of a stretch but there's no doubting that I have made so many fun and unique experiences with fellow Hunters in World and yet none of them are on my friend's list or buddies I know in real life. Rather, they are just good samaritans who wanted to help someone in need. With how my life is right now, that's kind of all I really needed.

Growing up, I've never been the most socially conscious person and I still struggle with it to this day. Which is why my immediate instinct in any multiplayer game is to turn off any type of voice/chat function. It's better for everyone involved that I don't bother trying to stumble upon my words or let out an awkward sneeze. It's definitely made me feel isolated from communities at times with games like Destiny, Borderlands, or any MMORPG, really. For some reason with World I don't feel alone. Even if I never speak a single word, I still feel like I made a connection with my fellow Hunters. No matter how short-lived it may be.

I doubt that was Capcom's attempt in any of their Monter Hunter games. I'm sure they would rather have players strategize with their headsets and to have that celebratory banter at the end of a successful hunt. Maybe. But something with the way World is designed has made me fall in love with a multiplayer game in a way I haven't before in my entire life.

I feel comfortable, for once, playing a constantly online game (if you choose to be connected all the time) and to ask for help without feeling guilty. One of the coolest features I've seen of any game in the last decade is the ability to shoot an SOS flare and almost immediately have three hunters willing to help you out. The concept is simple: shoot a flare into the sky if you're having trouble with a monster and if it works out, you'll have some buddies to help beat up that monster with you.

I used the SOS feature after failing to take down the first low rank Anjanath in the game. I was in over my head and after my third failure at the quest, I knew I needed help. I was nervous to ask for help because I didn't want to be seen as a burden. I eventually swallowed my pride and shot the flare into the sky. It got stuck onto a cliffside and didn't actually make it into the sky. Of course it didn't.

It doesn't matter if the flare animation actually gets sent up into the sky. It's nothing more than just showing you that you sent the flare up. Either way, I felt silly that I missed the shot. I had tracked the Anjanath and waited a few minutes to see if my request for help would be answered. Sure enough, it was. I had one player walk up to where I was, wave at me, point at the Anjanath and then they immediately took aim.

I don't know why, but that one simple instance made me feel excited and that I wasn't actually in this hunt alone. Over time, another Hunter joined in and we took down the Anjanath in record time. We only had one person faint (me, of course) but at the end of the fight we all just goofed around and started hitting each other after we had carved our victories from the Anjanath. Just like that, the last sixty seconds were up and we all went our separate ways never to speak to one another again. 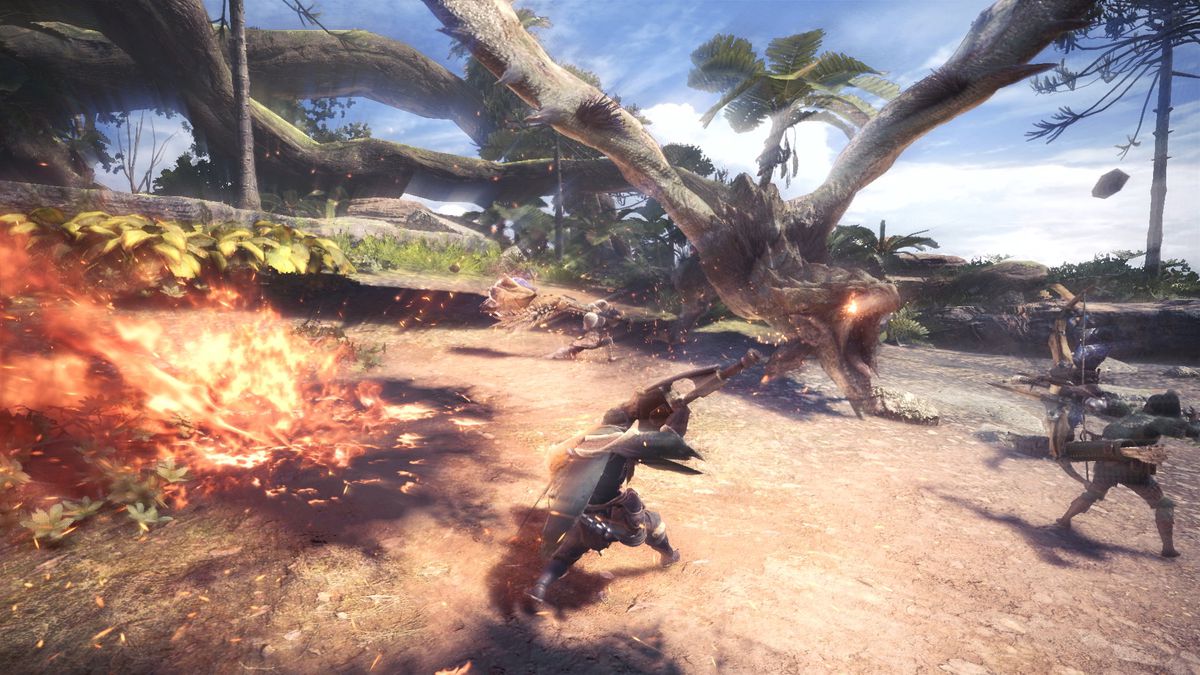 It was a thrilling experience and one that solidified my love for World. I've done a lot of solo work in World just to make myself better in the game. However, I'll shoot up a flare at any chance I get, sometimes right at the beginning of the quest, just to not feel... well, alone. Maybe it's a comfort thing or maybe I just hope to make new experiences. Either way, it's a great feeling to shoot that flare up each time. I always make time to help others who shoot their flares up as well. It's such a great give-and-take system that I'll sometimes log onto World with the mindset to only help others.

In a society where it's so easy to be cynical and rude to others, World reminds me that there are decent people still. Sure, I don't know any of these people at all and I don't know how they act in the real world. But for those brief moments I share with these random hunters, I feel like I've made friends, even if just for a few moments. Maybe that's all I need sometimes. Maybe that's all they're looking for as well.

Hi there! My name is David Jenkins and I am currently 26 years old and living in Portland, OR. I've been a video game enthusiast for as long as I can remember trying to eat my SNES controller. To be fair, I still try to eat all of my controllers to this day.

Video games have always held a special place in my heart and always will. From the story, mechanics, art direction, and soundtrack... so many games have stuck with me in my 20+ years of playing video games.

I'm a recent film graduate and trying to find my way in the world. Video games have always given me a sense of balance and happiness in life. Growing up, I've come to appreciate video games from a story perspective and how much I can relate to certain things.

That's what I hope to do with this blog! To share my opinion and mindsets about games or anything entertainment related. I only hope I can contribute rad posts to the already incredibly rad community on here!