Grandparents and public television pastors were right. Slipknot turns any god fearing, good old American boy into a sexed-out, murderous, drug-addled monster. Anyone is suceptable to the powers of the devil's music, and with the birth of the internet that shit came to infect the very bones of Nintendo's poster plumber, Mario, himself.

Hide your kids, before it's too late. 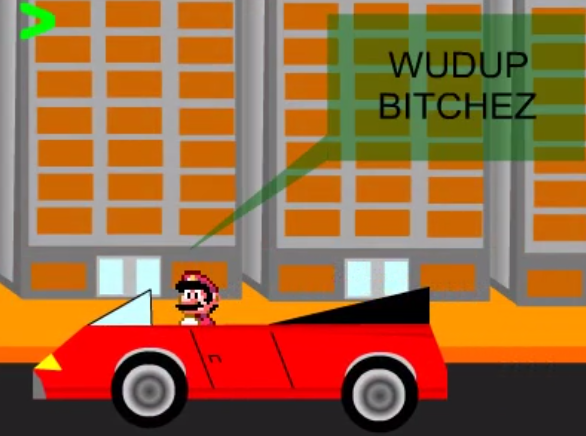 The year was 2004, and the rundown wasteland of Shamokin, Pennsylvania was going to receive the gift of the future. That gift came camouflaged in cow print and hummed when booted up. Its very first Gateway computer. Along with a cd-rom for America Online, the world was going to change. My best friend, Anthony was the first on my block to have a computer, and none of us were going to be the same because of it.

We still had either NES or SNES consoles, with only Johnny (a very shitty kid, but more on that later) lucky enough to own an actual Playstation system that used discs and memory cards, and he threw away all his notebooks of passwords just to prove how free he was. I was jealous. But now that my best friend had the internet, nothing would stop us from staking claim to cool.

But sometimes being cool can tear people apart.

My hero at the time was Mario, keeping me on the straight-and-narrow, giving something for me to focus on while my brothers smoked cigarettes behind me and hid the butts in thirty-two piece chicken McNugget containers under their beds. I was a good boy, a golden child. I knew winners didn't do drugs, and I did everything I could to maintain that image of myself. 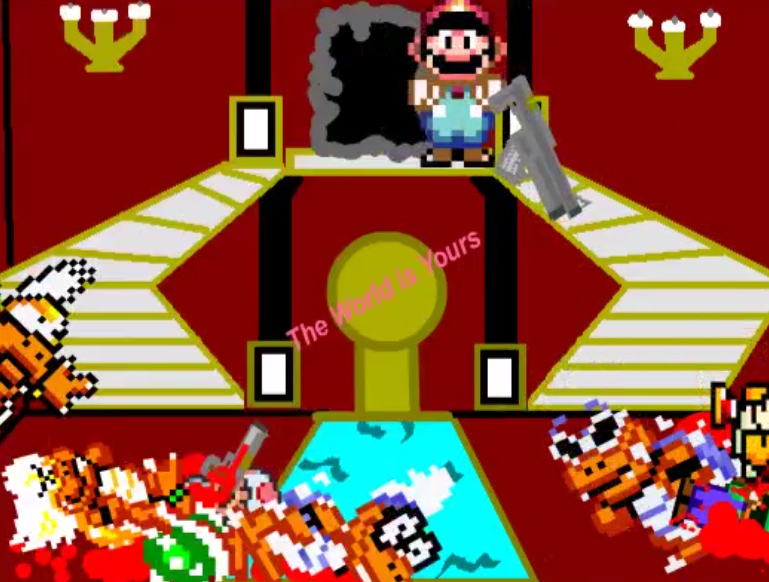 Then, we discovered a site that Anthony's older sister, Sarah had mentioned at one point: Newgrounds.com. She said it was stupid, so we knew it had to be great. There, people used some weird thing called Flash to make their own cartoons and games. His computer and internet connection weren't fast enough to play the games. They would load all morning, and by then his parents would be awake and snooping. But we could watch the videos.

Johnny was over early one morning when I got there. This vicious grin tore his face. "Look," he said. "We found Mario." Just from the sound of his voice, I felt damnation in my guts, but still I looked. I had to know.

How bad could it be?

The internet age changed Mario, perverted him. He was a gun-rattling gangster using Tony Montana's voice. He murdered koopas, Toadstool, Bowser, Luigi, Peach, all with indiscriminate horror. And all to Slipknot. 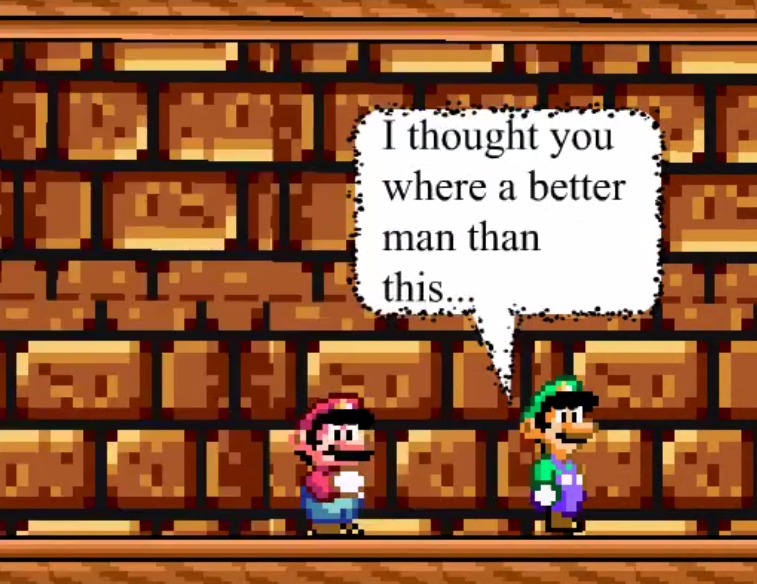 I watched in shock and horror, but, worse, I felt a perverse sort of excitement curl through my guts. Watching Mario maim and kill, curse, fuck, and smoke all the weed was freeing. At this moment in my life I had to admit that murder, sex, weed, profanity, and of course Slipknot were all very cool.

When I went home and played Mario, I imagined splats of blood where the goombas were ground into the earth. I imagined realistic explosion effects blooming from koopa shells when they struck other enemies. I imagined Mario gulping down a shroom and the world warping and wavering around him. When he found the Princess, I imagined him bending her over, having his way with her, and then murdering her and leaving the corpse for Bowser to eat while weeping. It was all very cool. 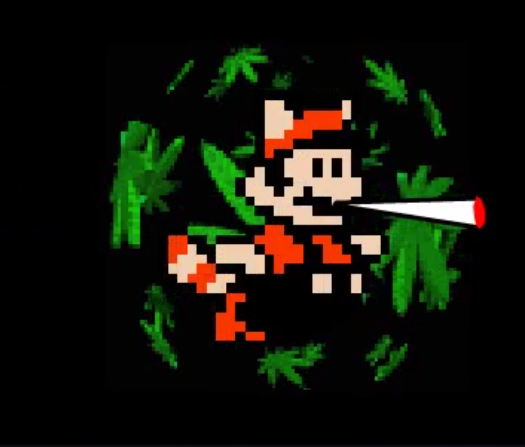 There was something powerful about seeing your idols rebel and destroy, seeing them change into something very mature and grown up. This wasn't my parents' Mario. This wasn't the Mario that wanted me to be a part of the system. He wanted me to be free, and because of this, I gravitated closer to Johnny than ever before.

Johnny had a Zippo lighter that he showed everybody, then told them not to tell anybody. He didn't use it to smoke, but once I found a can of spray oil, and we went to my back yard and built a fireplace out of loose bricks, and then we found worms and caterpillars and set them on fire inside. Each one curled into a little black ball. It was very rebellious and cool. That's when I knew what it felt like to control something, to own its life.

That's when I knew how it felt to be Mario with a machine gun. 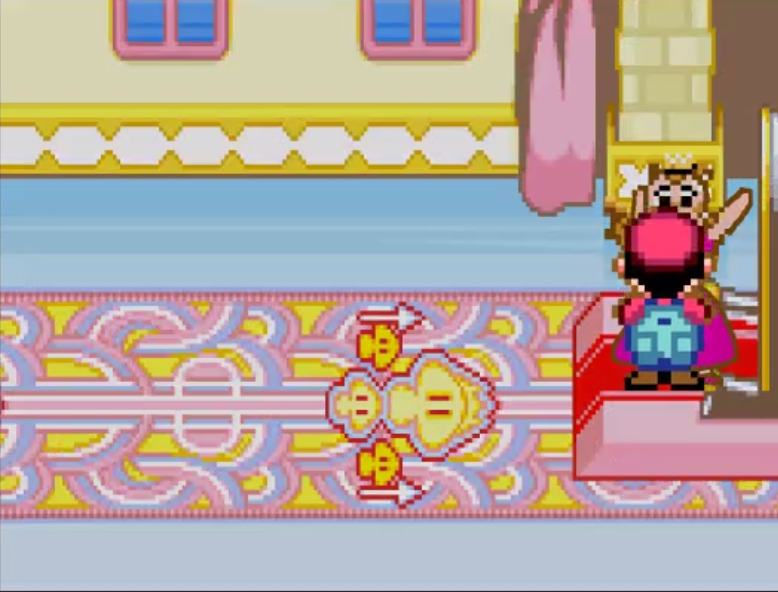 Johnny and Anthony got into a fight, because Johnny tried to corner Sarah and shove his hands up her shirt. She shoved him away and cursed him. Anthony wanted him to leave and me to stay. He just discovered this thing called Limewire and downloaded a bunch of Linkin Park. I wanted to listen to Linkin Park with him.

But it was also just about summer, and on top of the Playstation, Johnny had the only above-ground pool on the block. If you weren't Johnny's friend, you didn't get to use it. I wanted to use it, because I could jump into it and make whirlpools and stare at Johnny's mom in a bathing suit. I needed that.

I knew Johnny was being an uncool piece of shit. Any time he played with action figures with us, he'd bring Android 18 and slam her against our toys while making loud orgasm noises, until our parents came into the room. He once kidnapped me. He said he didn't, but he did. I tried to leave his house, and he told me I couldn't and then blocked the door and pulled my hair when I tried to leave. I was afraid for my life. I was surprised two nights later when I didn't see him on America's Most Wanted.

I just shrugged at Anthony, though, and walked to the door with Johnny.

"What are you doing?" Anthony asked. "You've been on the internet with me all week."

I smirked. "I was just using you." Then, I laughed to myself and repeated, "I was using you."

Then, I walked out the door with Johnny and got to use his pool, and I didn't feel bad at all. 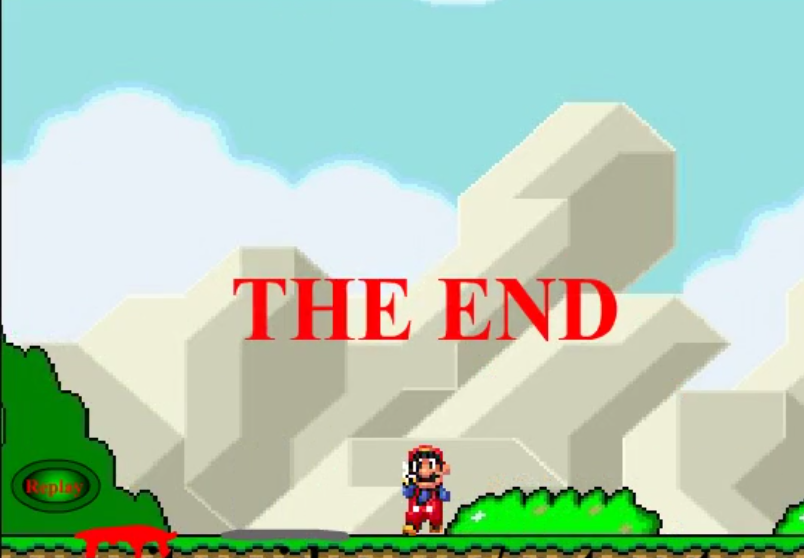 Formerly community member Vadicta, Kyle Yadlosky is a man capable of recounting every scene from Tommy Boy in detail and perfect order to the morbid surprise of anyone within earshot. This talent is the sign of some childhood trauma, no doubt. He's a lover of splatter, exploitation, and esoteric art films. He's been writing for years for websites such as Dorkly.com and across a number of literary journals. He thinks samurais are great and ninjas are shit and will fight anyone who thinks otherwise.