At First I Was Afraid, I Was Petrified

Thinking I Could Never Live Without You By My Side

Why I think Metal Gear Survive will do OK. 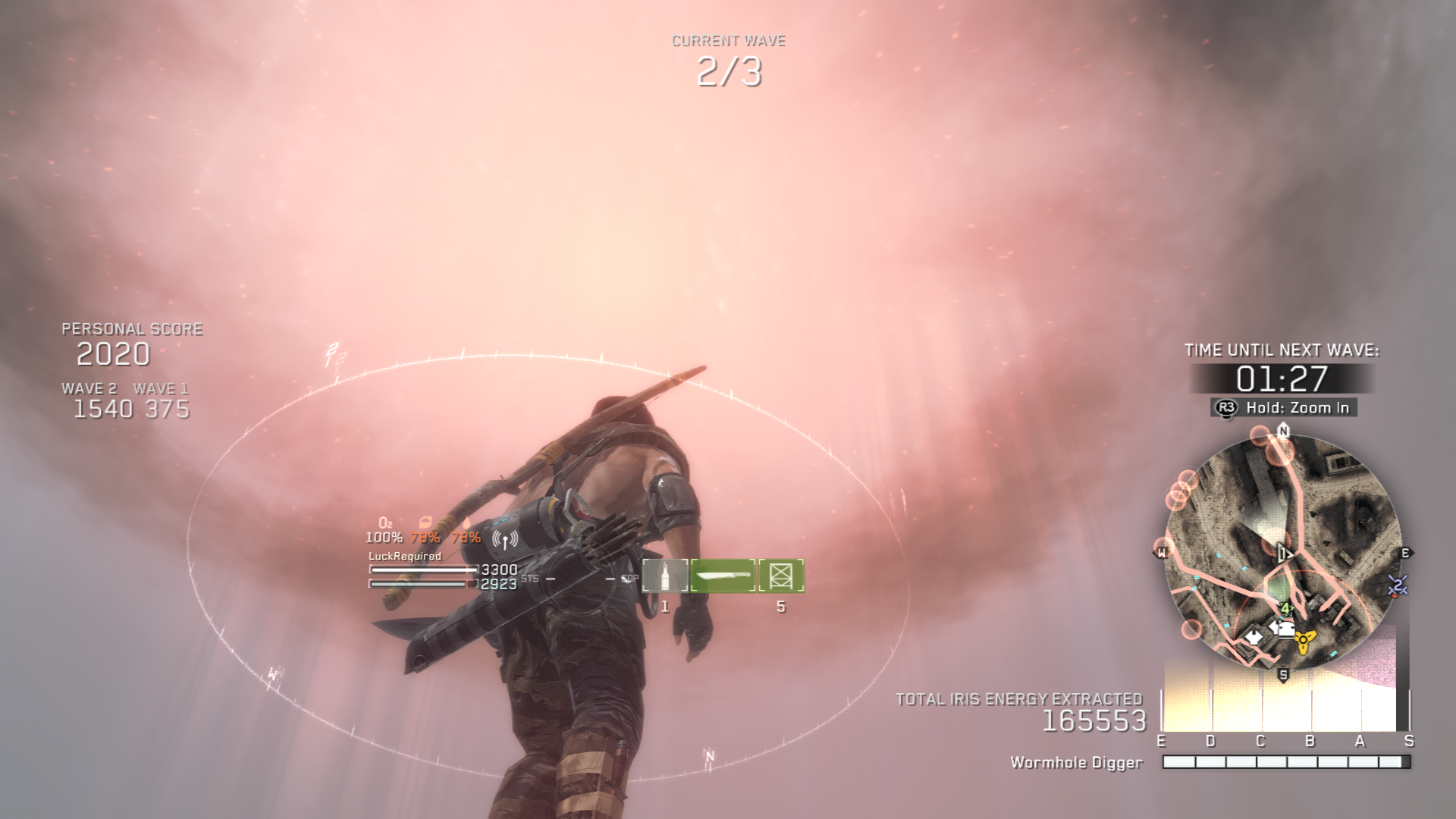 Yes, a Metal Gear without Kojima-san, Big Boss or Solid Snake is wrong, but we had Revengence and that worked out. Konami are clearly trying to recoup costs by reusing assets from MGSV but they've gone and created something that is not a simple cash grab (this so easily could have been more mobile trash). They've made what feels like FOB infiltrating could, possibly even should, have been in Phantom Pain. In addition to what was already available - placing mines and gun cameras – Survive lets you build mini dams, erect fences, blockades and guard towers to impede your invader's advances. There are also manual and automatic gun turrents, ceiling fans and mats that when stepped on produce elemental effects, such as fire, ice, electric stun and ones that have a slippery oiled surface. (Focus, please.) So? You may ask. Variety, it has it. These tools (and many more not yet unlocked) provide an array of cool ways to set up traps and take out the zombie 'creatures'. Exactly how is left to you to explore and discover. Thankfully it's not just another zombie shooter, it comes across as the bastard love child of Fortnite and Dead Rising.

In my time with the beta demo I managed to upgrade everything I found, even the items I got rewarded from loot drops, all on the same day! Weapons and armour types of equipment start off at grade one and can be upgraded to grade five. Everything else is ready to use or non-upgradeable. This, to me, is a relief – it's good that it's not too grindy. 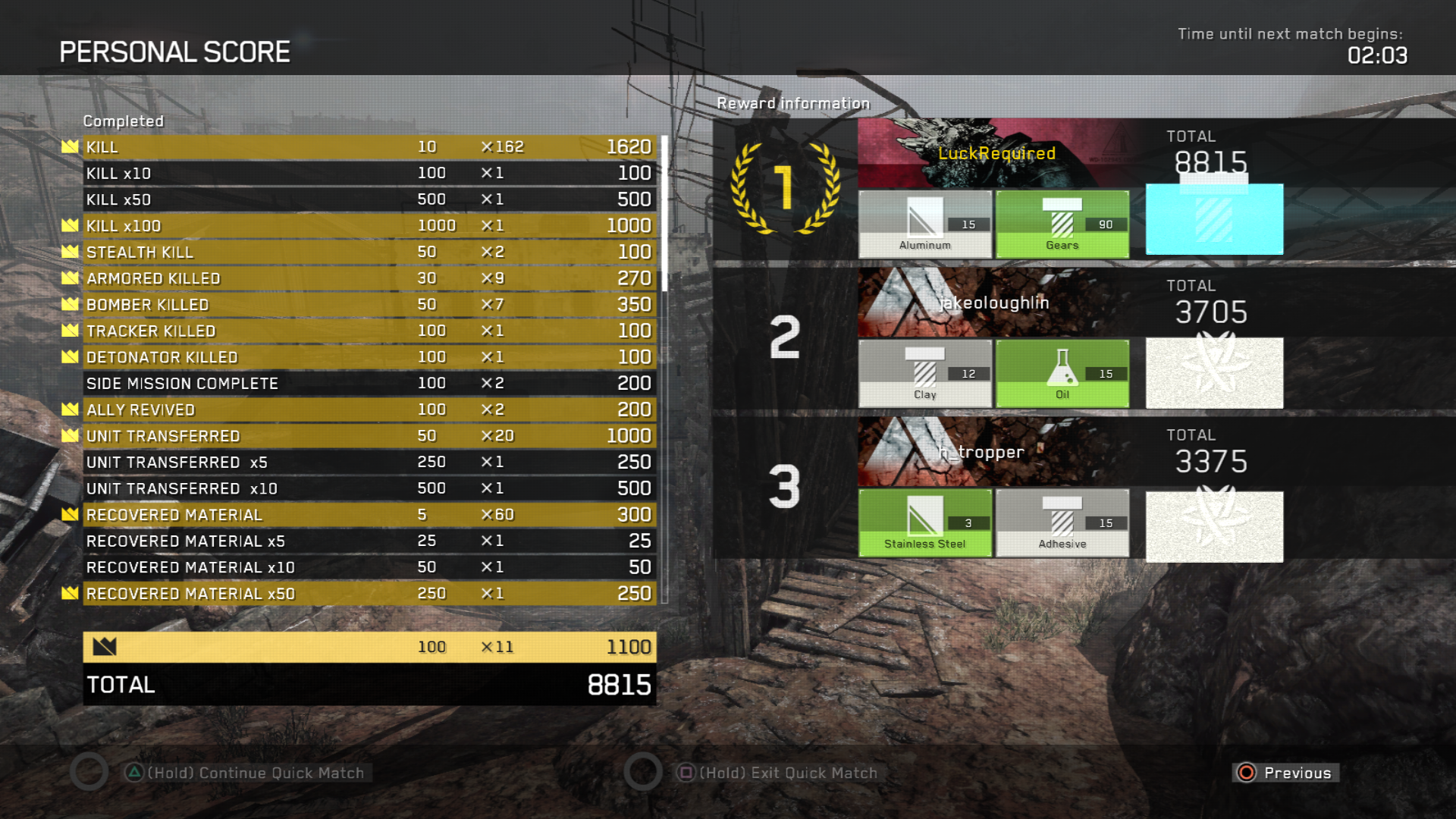 Just Turn Around Now You're Not Welcome Anymore

To those that feared it, I can safely say and confirm it does not feel like a Metal Gear game to play at all. It looks familiar and you'll recognise tons of stuff from Phantom Pain, but that's where the similarities end. Think of it like playing with a Mother Base staff member instead of Snake, however, there is a few changes in abilities and controls. There is a souls-like stamina bar (yawn) that governs your movement and attacks, however don't fret as this can be upgraded fairly quickly becoming a non-issue. Another change, and one thing I am happy about, is the square button is no longer the dive move. A double-tap of the cross button triggers that action now and it feels much more intuitive to me.

Basically if this game was retitled as anything else it would fair better and not be treated like Sunny's eggs. With an original title it could still do well, but with the brand name it will go further. 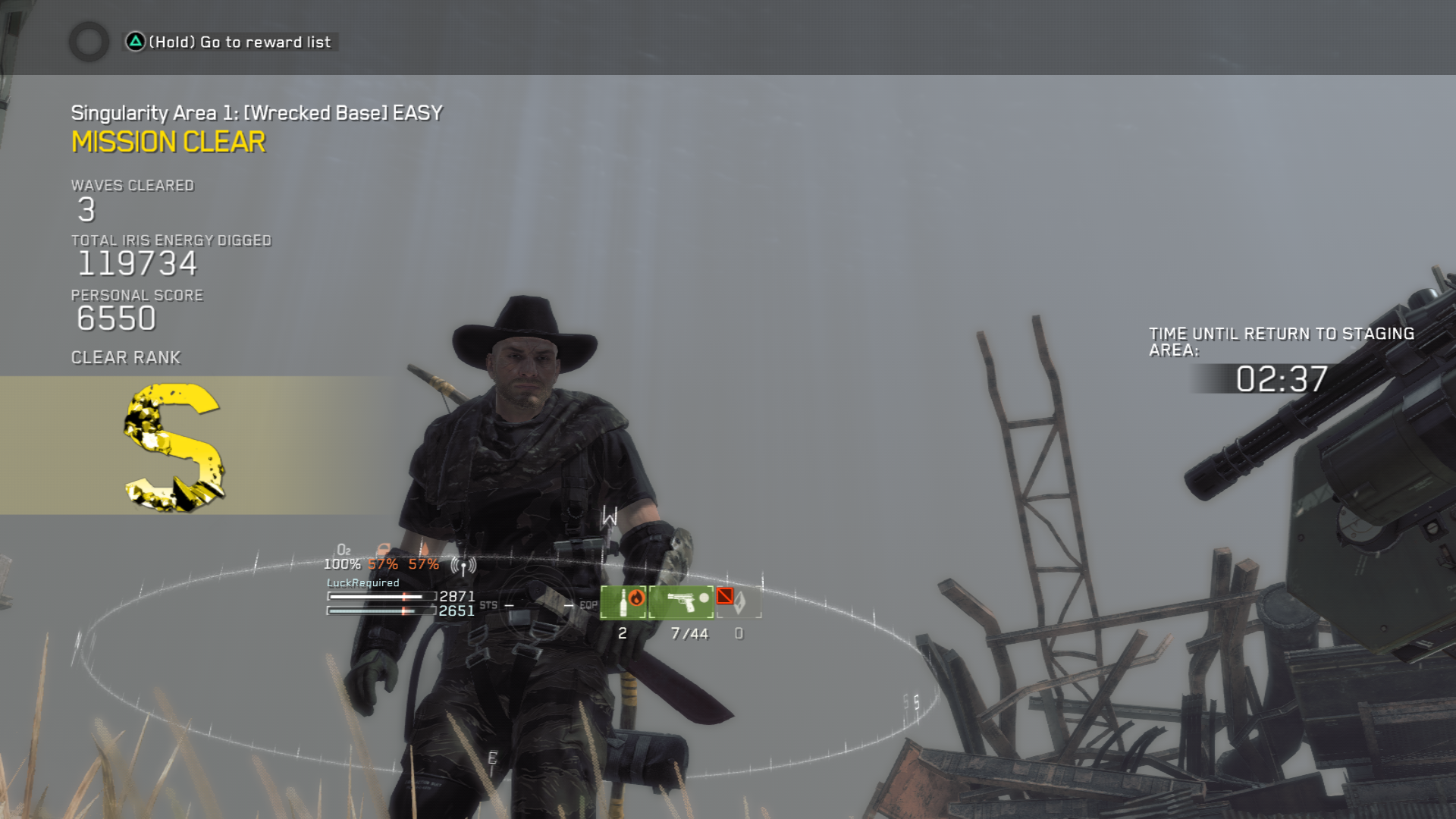 And So You're Back From Outer Space

The Fox engine is key here and pretty much a game changer. Most early access or free-to-play games tend to bring their own or have rented engines and as a result can come loaded with bugs and glitches. This is where the Fox engine makes Survive stand out. Fox is a very good, well-oiled engine - used in several PES titles, P.T. and Ground Zeros - and really proved its fiexibility with how well MGSV ran on a broad range of PCs. The game runs well, and not getting annoyed by shoddy technical crap lets you focus on the game. That's a good thing. If Survive used any other engine and had the same teething issues as something like PUBG then it'd probably be dead in the water. Instead, it has turned a few heads in interest out there, including mine. This so easily could have been yet more mobile garbage. 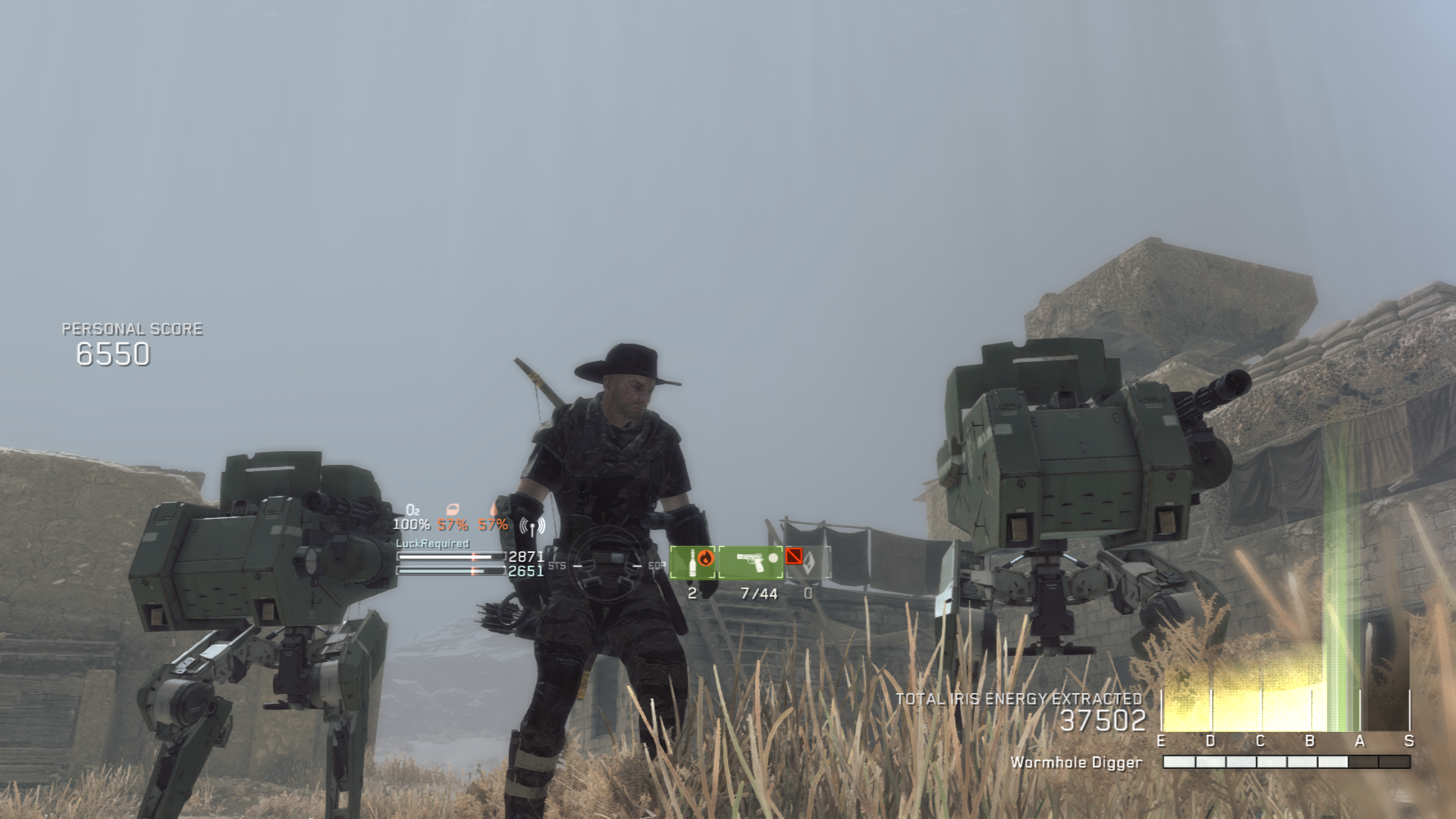 And I Grew Strong And I Learned How To Get Along

Simple put, based on my time with the beta, it's a good game to play. Nothing ground-breaking in terms of crafting, looting or grinding but at least the grind is mild. It has a great sense of teamwork unlike most co-op games that devolve into a race for the most kills. Here you are judged not just for your kills, but also on how well you protect the drill and the side-ops you undertake between enemy waves. And I really felt that co-op vibe, as we are all defending a common asset, it gives a great sense of camaraderie. I really enjoy co-op games like Left4Dead and the PayDay series and currently I'm starting my initial journey through the Borderlands series, so it's safe to say I'm a sucker for these types of games.

It's four-player only so far, so two or three players aren't enough to start a game and from what I played I don't think a fourth can join mid-way if someone leaves. During a match one of our guys left and we had to finish with three players while I wondered if someone would connect and fill that now empty spot. They didn't. When you play offline (it's always online but when you play solo is what I mean), you play alone and apparently have bots to fill the three extra spaces. I didn't see this feature while playing solo, though. It could be that it was disabled to encourage online play to help stress test the servers and online componets of the game. Or I just missed it because I'm blind as a bat. 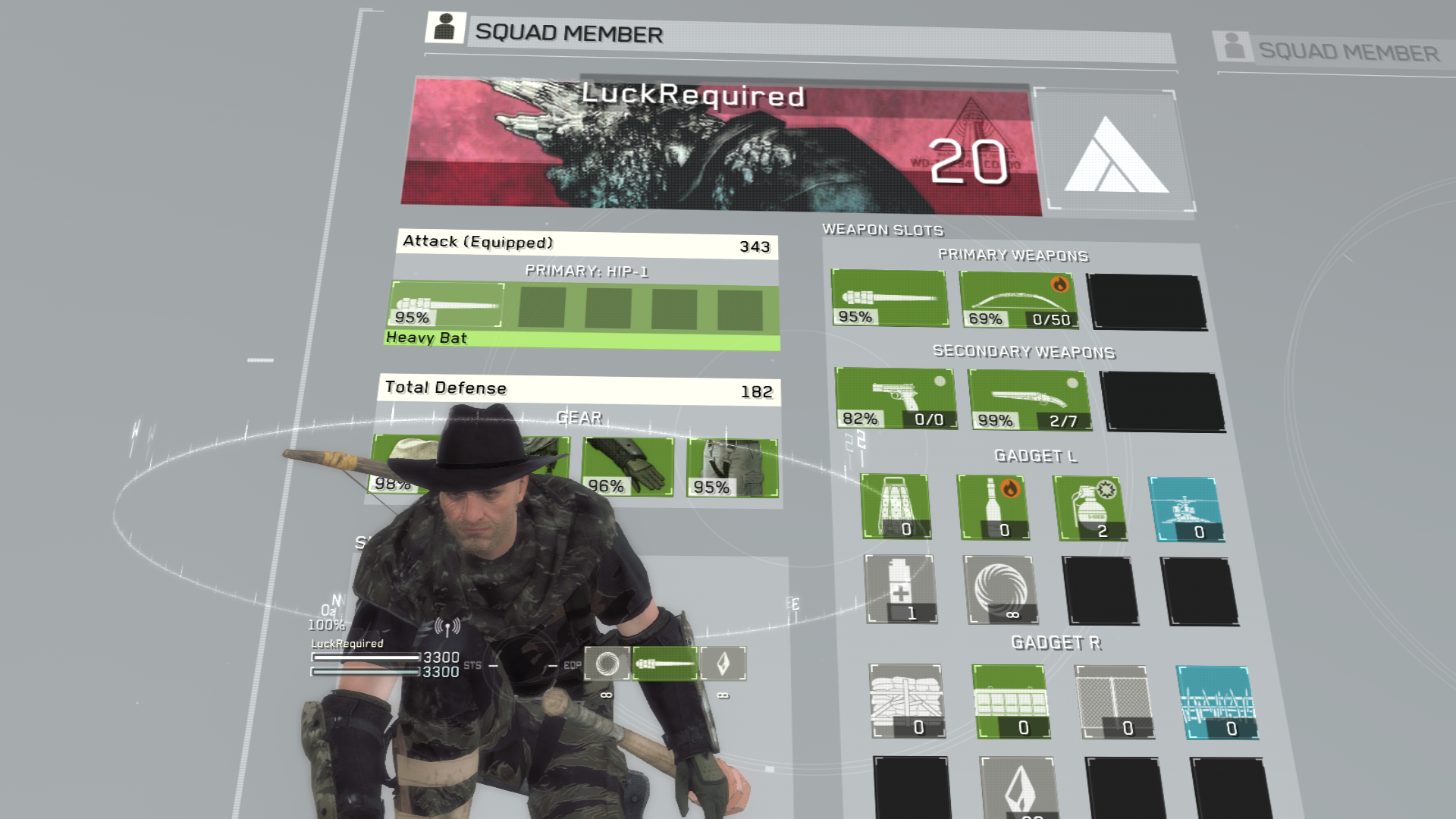 I understand a lot of people are very hesitant to give this game a chance simply because of #FucKonami but that's not good enough in my book. Nintendo forgot to care about Samus' 30th anniversary because it wasn't as popular in Japan and we gave them hell for it, but still bought Nintendo Switches. Capcom have fucked up umpteen times and we've started to forgive them as soon as they announced Mega Man 11. If Nintendo and Capcom can be forgiven, then I believe now is Konami's turn. And Metal Gear Survive is a good way to start getting that ball rolling.