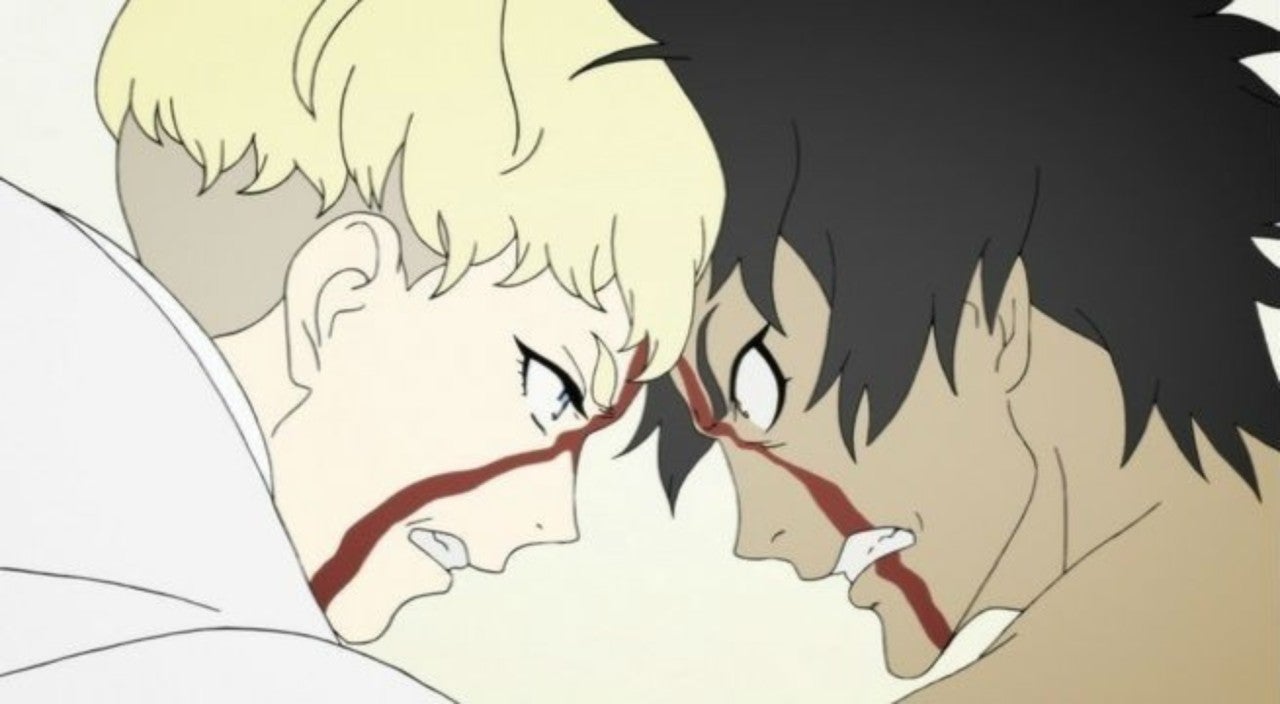 Blindly going into Devilman: Crybaby, I had no idea what to expect. Our lovely Community Manager Occams had recommended I give it a look on Netflix, so I thought hey, why not? I'm always open to different experiences, different perspectives, and different approaches to animation, story telling, and character building...and this show takes the cake.

Akira is a special child. He feels the pain of others. He cries not for himself, but for those who feel deep sadness and pain. Because of this, he has been labled a crybaby his whole life. It is a unique take on a character, but a very noble trait, and one that really sets the foundation for this entire story.

In a twisted world where humans unknowingly coexist with demons, things start to turn ugly as Akira grows older. His long time childhood friend, Ryo, is about to reunite with him for the first time in years, and turn his world upside down. Akira is about to become so much more then a mere crybaby...he's about to become a demon himself, or should I say, a Devilman. 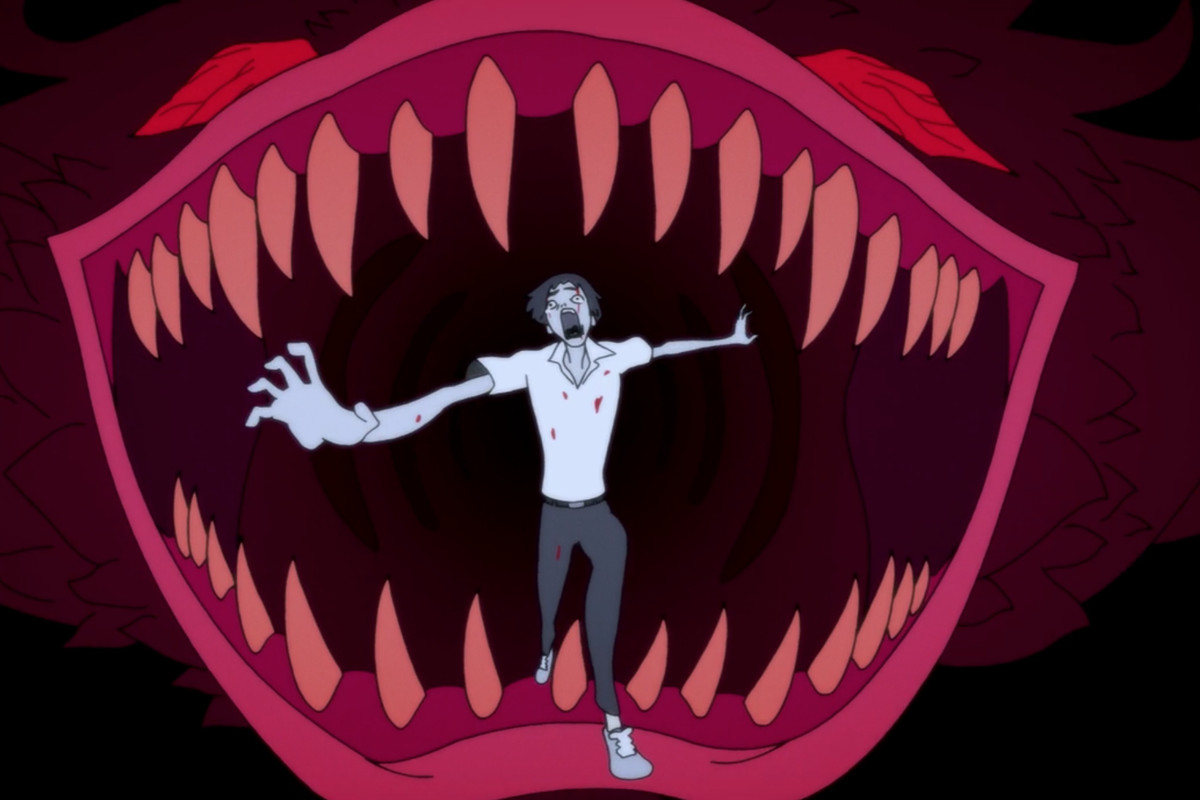 As this show begins, it's going to be a twisted, furious hot mess. The plotline is going to wave around like a roller coaster on acid, characters are going to get half baked intros, and things are just going to fly off the handle quickly. If you are one who is sensitive to strong sexual content, or furious and frantic waves of violence and gore, you might want to take caution before diving into this show. It's very hectic and intense at times, and it's not ashamed of it.

That being said, this show will take you places (and no, not just in a trippy sort of way). There's some genuinely disturbing yet realistic insight into humanity itself, and how quickly it can crumble. Human beings can be very weak, barbaric, and emotionally unstable when all hope is lost, or when their willpower is broken. Devilman: Crybaby forces you to look into the darker side of humanity, and realize how ruthless and harsh we can be as a society. It also exposes you to the pains of losing loved ones, the power of family and love, and the deception of friends. It's almost impossible for me to truly elaborate how incredibly deep this show gets. It amazed me and left me in aww as the words fin rolled across my screen. 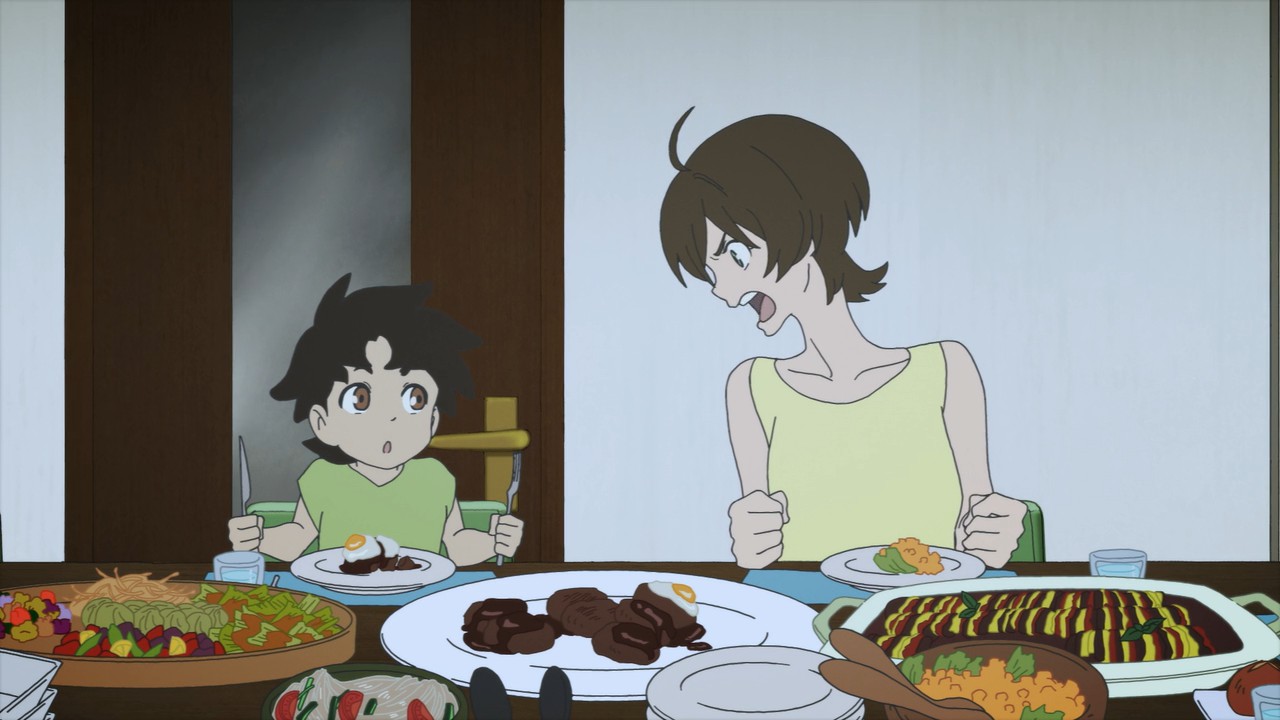 This show is a mixed bag. On the one hand, it can be incredibly simplistic, to the point that it would seem like an elementary student was drawing it. On the other, it can be ridiculously detailed and graphic. For better or worse, I was very impressed with the direction that artists went with this show. The variation of styles, and great depth of artistic imagery just left me constantly intrigued, even when I was cringing from what I was seeing.

I especially like seeing how much humans change their appearance after they have 'transformed' into a demon. There are three characters that specifically stand out (one being Akira), and I liked the more aggressive appearance they took on as they transformed into demons. They still have a humanoid form, but they are much more physically fit and have a bit more of a darker persona. It all adds up to make for an interesting style that I found unique and enjoyable.

Regarding music, there wasn't an awful lot for me to be impressed with. The show generally favors a more electronic soundtrack, which is fine but not entirely my personal cup of tea. It fits the tone of the show, and helps to give direction and meaning to the various events and scenes that occur. Oh, and there's numerous Japanese rap scenes...that was pretty awesome.

Devilman: Crybaby was a pretty wicked ride. I must admit, I wasn't sure it was something I could get behind as I watched the first few episodes, but by the end, I was very impressed. There's a lot of deep meaning and critical thinking to be done if you can endure through the chaos, sex, gore, and of course wicked rap scenes. If any of this sounds appealing to you, I'd definitely recommend you check this out sometime.