Ok y'all, thanks to Electro Lemon's persistence, tonight's Top 10 is the antonym of last night's blog.

Tonight's blog is full of win, instead of the usual facepalm weapons we get in games. I'm not in much of a mood to write that much tonight so, I hope you can all enjoy!

The best guns in that you pick up in the Armored Core series are all energy weapons, unfortunately they drain your batteries and leave you open to attacks. The Karasawa is a hidden weapon in the original Armored Core and hands the ass of any enemy to themselves within one or two shots, instead of emptying a whole clip into the baddies. 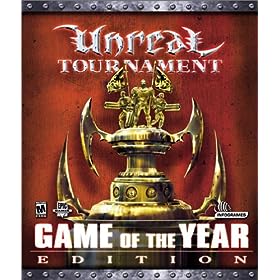 Oh man, how many matches were won or lost depending on when I picked this gun up? Many! I loved this weapon for the insta-gibs that this made!

How many of us retro gamers called the spread shot while playing co-op back in the day? In my opinion, the Spread gun = life when playing through Contra. If you can get this on the first stage, you can make it through 80% of the game without dying.

After picking up the screw attack, if you were good enough, you were effectively impervious to damage by all except Metroids. A damn good weapon that makes your ascent to any level in any Metroid much much easier.

Humiliation! I would purposely go around and try to kill as many people as possible just to get more and more of the gauntlet medals. Wicked looking too.

If you could make it through the first level of Cybernator / Assault Suits Valken without using the fire button on anything except for the first level's boss, you wind up with the Napalm Gun on the start of stage 2. This gun destroys. <--PERIOD

You can't have a top 10 good weapons list without the Master Sword being somewhere on your top 3. The different abilities of each master sword differ with each game, but the end is always the same...you get the sword, you win. 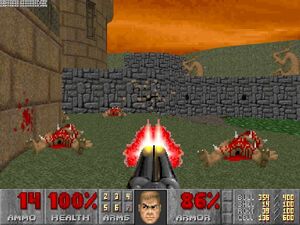 Shotguns are the best thing to ever happen to FPSs, especially the grossly overpowered ones like the one in Halo and Gears of War. Nothing's better than blasting someone in the face with buckshot and seeing their insides turn inside out.

CHAINSAW ON A GUN...BEST FUCKING IDEA SINCE CHAINSWORDS IN WARHAMMER 40,000. You don't mind the lack of a weapon variety in Gears of War mainly because all of the weapons are like how they'd be in real life, damaging and made to kill.

I apologize for not being so damn witty and creative tonight, but i'm tired. I hope you all enjoyed reading otherwise. Please let me know if you can think of any top 10 that you'd like to see. Thanks for reading!

Killing Fire Imps with a golden stream and hearing them say things like "I got pee in my mouth!" was probably the funniest thing I ever experienced in my whole video game history. I couldn't believe that the programmers spent time making this an integral part of the gameplay. Bravo Rare! Now go make a good game not involving pinatas!
#Community
Login to vote this up!