Full Metal Furies : Genre Blending & Why You Might Never See The True Ending 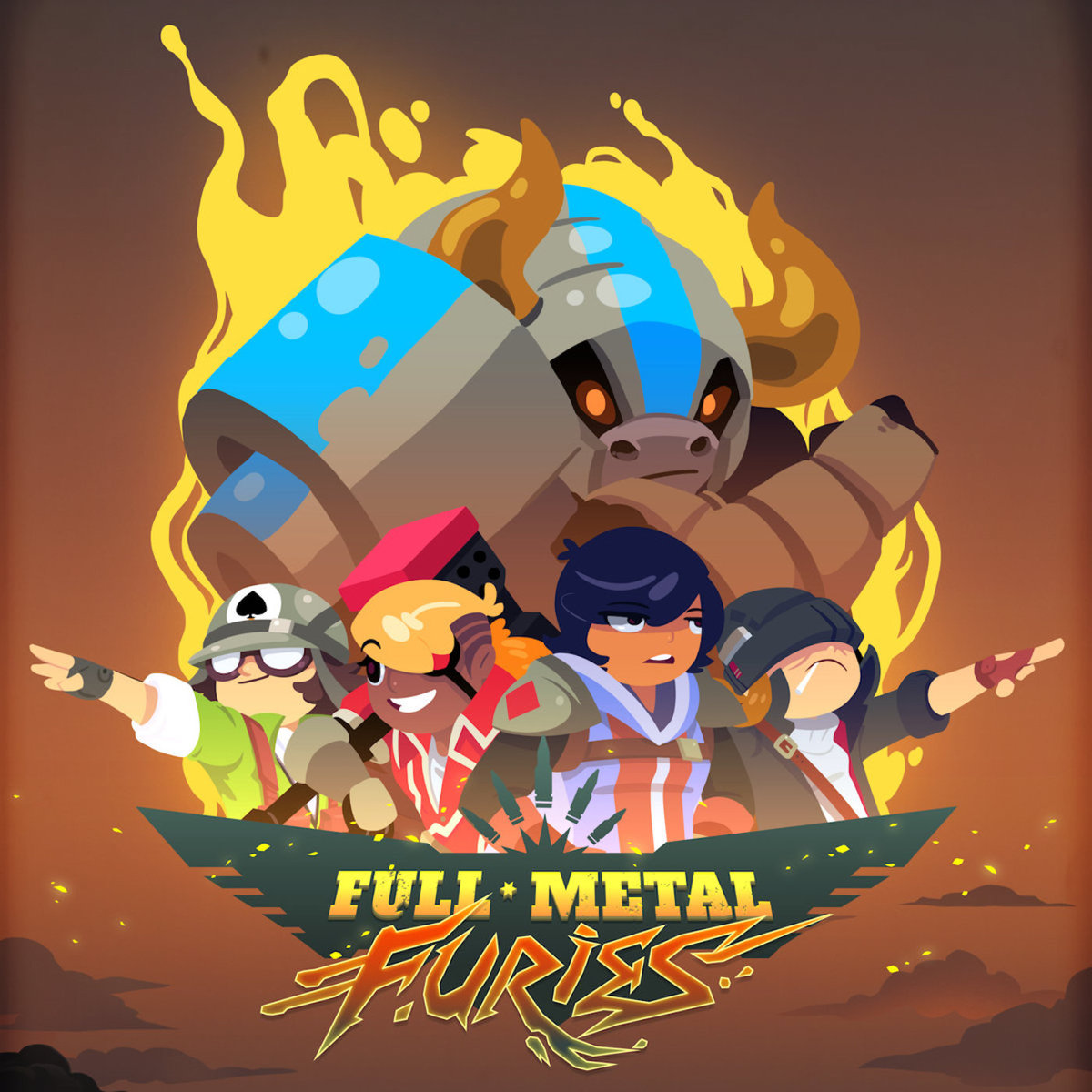 So, even before having ever touched Full Metal Furies, I'll admit that I had been intrigued due to it being created by Cellar Door Games (Them folks that made rogue Legacy), which I really enjoyed- and the fact that it was meant to be a Co-op Brawler. I do have a fondness for games that I can play with some friends, or make new ones on- and I grew up on things like river city Ransom. So this genre, and the promise of the customisation that would come with rpg elements definitely had me following it.

And when it eventually came out, I was pretty damn enthusiastic about it's gameplay, because when I actually dived into the game, there was a fair amount of nuance, and the sparse amount of Co-op I got to play was fantastic (Though, it's multipler is, atm, invitation only- It's a story for another time, but yeah, I did most of the content solo).

That said, I was pretty damn puzzled when I had bumbled onto a 'Rosetta Stone' in the game for the first time - as it provided me with a really weird little poem, and essentially tasked me with finding it's other half. And for the life of me, I didn't solve the puzzle until a good four hours later when it clicked that maybe I needed to take it a lot more figuratively- which sent me back to the first stage to engage in some bunny hopping shenanigans with the unique ability of a certain character. And lo' and behold- I found myself my first complete Rosetta stone.

And that was the easiest one. Whilst a number were pretty straightforward to find- some of these things were hidden in some -really- tricky spots (sometimes just hiding in plain site), and that was just for the stone which served as the 'road map' for the even more elaboratively hidden ones.

Others would need somewhat elaborate key inputs at certain spots on the map- or the use of certain abilities at certain specific spots, or solving the meaning of riddles in relation to what you needed to do in certain maps. (Mirage Maze was a Doozy).

I had gone into the game in search of a technical combat challenge, and had suddenly found myself in an adventure positively ....riddled with puzzles. And the reward wasn't even straight forward. Oh no- see the Rosetta stones would provide you the clues needing to unlock 'Gates'. These wonky as super computers which lead to some lore drops, and some absolutely -unfuriating- second gates. Now, while I solved almost all the Rosetta stones on my own, and the first gates- ...The Second gates did me in. I needed a Guide- and here's the big trick.

If you don't actually finish all the gates, you'll never get to see the games True ending. A large part of the games backstory is hidden behind each one, and a casual player could very easily overlook each one- miss out on a heap of lore. And the ability to fight the game's 'True Final Boss', or access New Game +.

P.S. This isn't me complaining about the puzzles. oh no, they're bastards- but they're actually pretty damn great, and were an unexpected but ultimately welcome experience. To -me-. But I'm not the majority, now am I?

- Destructoid Blog Newbie in search of learning how to navigate this place. I also can't code HTML to save my life or Javascript.

So, for those curious about the stuff I do in my free time, you can totally check out www.youtube.com/c/CritHit.

it's mostly indie gaming Jazz, with a side order of developer interviews, and some occasional podcasts. There might be some tabletop stuff eventually, too.

There's also an Indie Gaming Discord my Fiancee runs, which can be accessed via this Handy Dandy Link :: https://discord.gg/frR8YAS