Dead or Alive Xtreme: Venus Vacation – It's All About the Looks 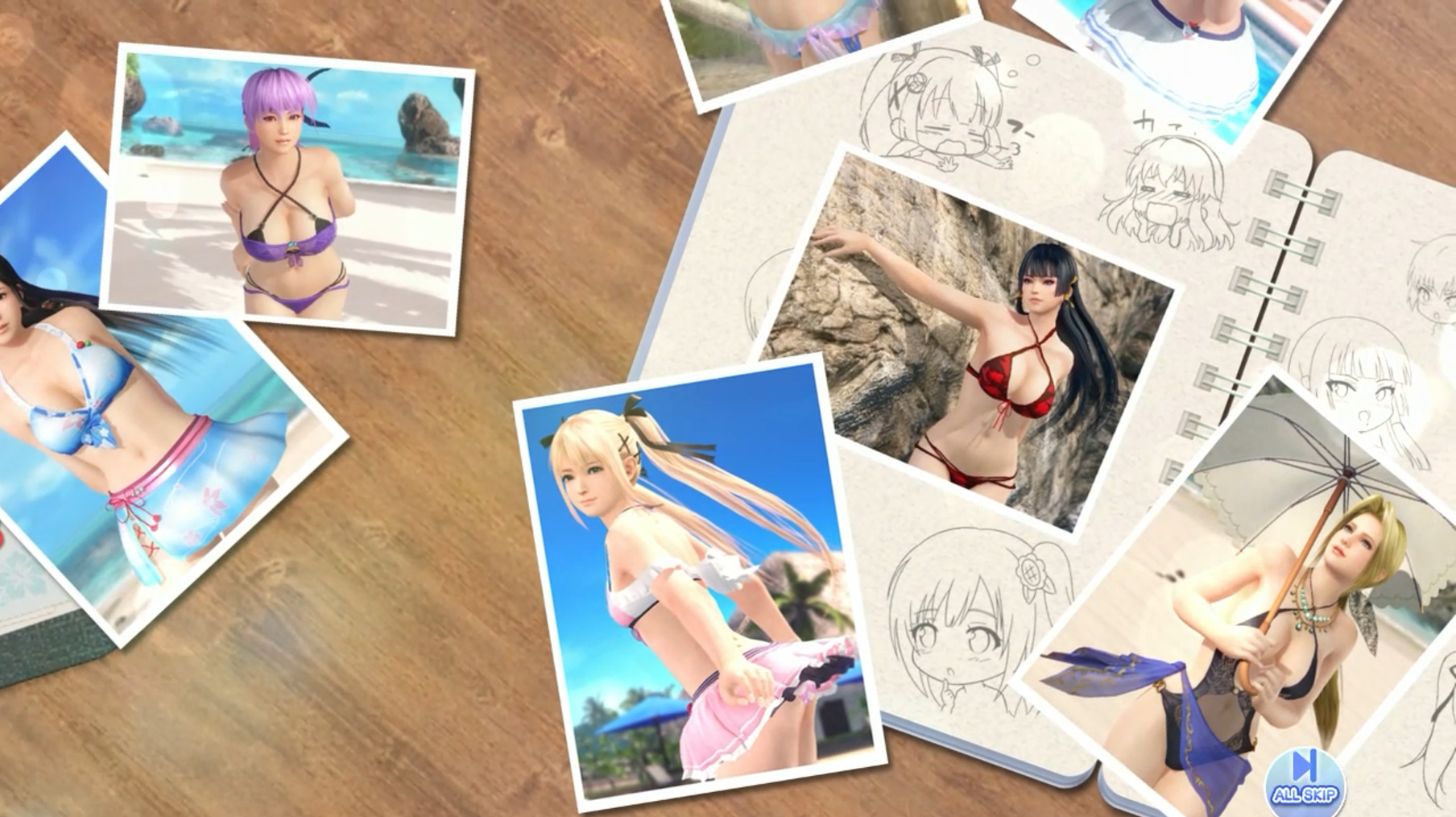 Dead or Alive Xtreme has never been shy in what it's about. Even the commercial for the original release on Xbox was blatant about being a sexual tease. Due to that reputation, it's received frequent criticism of being nothing more than a boner generator. I haven't played them myself, however most who do seem to disagree. It's often praised for the volleyball aspect as well as the pseduo-dating sim elements.

But what if you wanted a boner without actual gameplay, as well as all the hooks of a free-to-play title? Koei Tecmo has got your back with Venus Vacation. 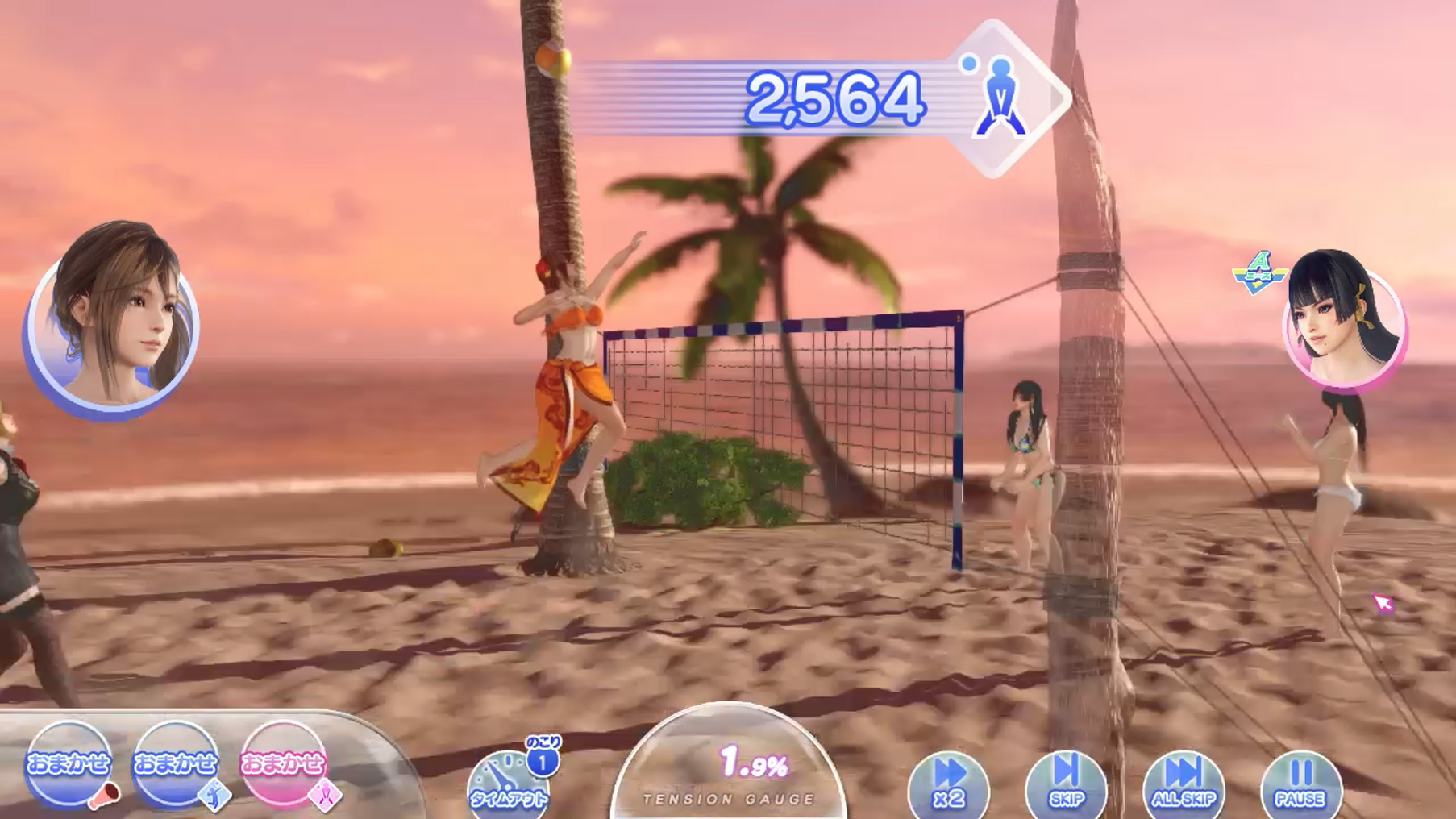 This PC exclusive largely re-uses the engine and assets from the previously released Xtreme 3. After being adapted to a free-to-play title, many of the standard hooks are here. Stamina limits the player's progression and currency is earned through missions, events, as well as daily log-ins. The ultimate goal is saving up for random pulls of consumables, cosmetics and, most importantly, bathing suits. In standard mobile title form, feeding the bikinis to each other levels them up.

Aside from being the flashy outfits the girls wear, each suit has a set of stats associated with it: Power, Speed and Technique. Occasionaly an additional modifier may also alter other stats on the field. 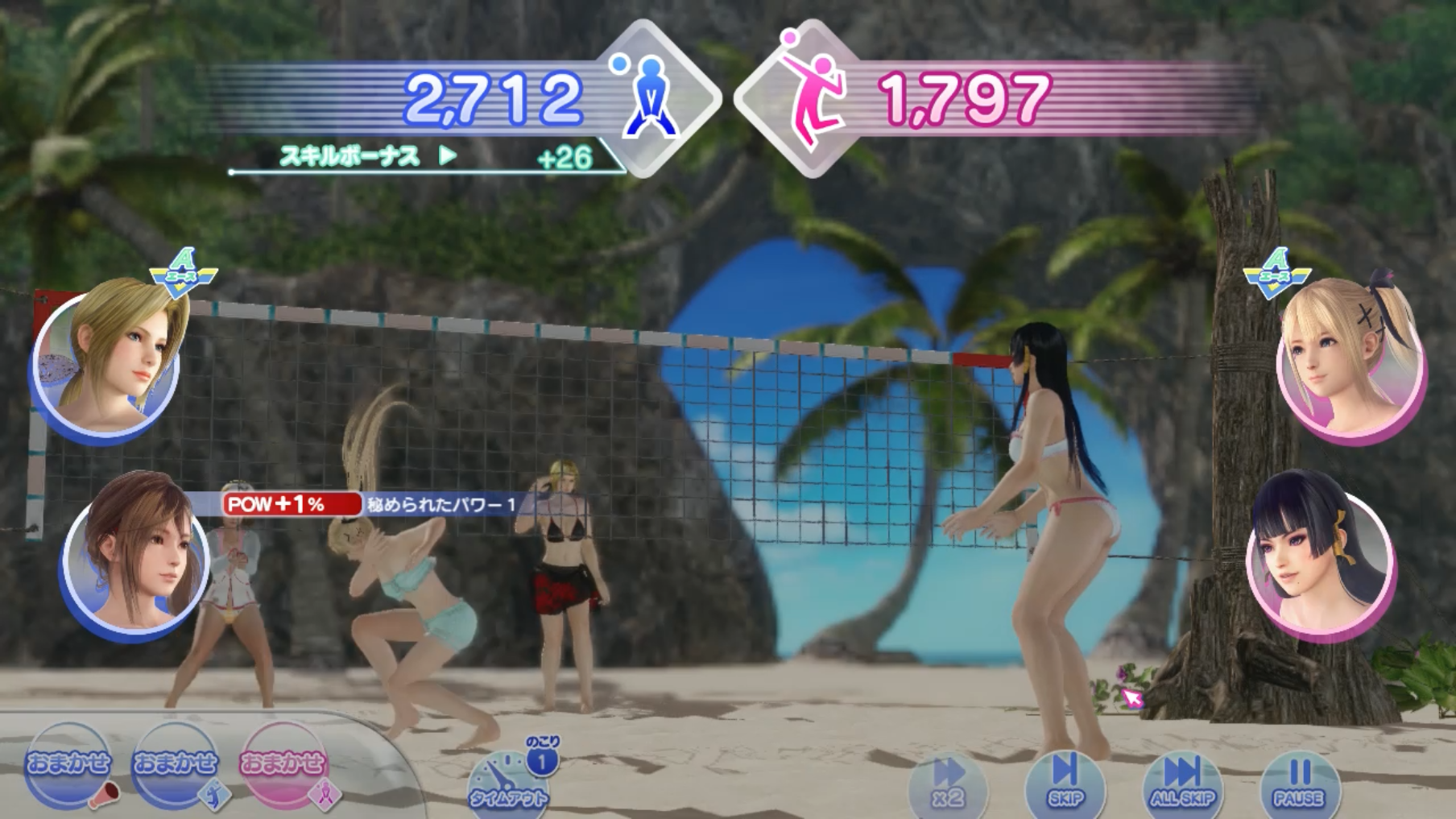 The swimwear doesn't just help your characters volleyball better, they actually almost completely determine the outcome of each match. Once you choose two girls and their swim suits, there's little to no input on the player's part. It's all math. Each round plays out automatically and, at certain intervals, the numbers crunch. Whoever has the higher value wins and scores. The player can watch the game in-real time, fast forward or completely skip the whole thing for instant results.

There is a Tension Gauge that can be triggered once full. You'd think some interactivity would be a god send. However it's actually more of a pain than anything because it tends to fill up at the end of a game. If you're not confident you'll win without using the tension gauge, you have to sit through most of the match so you can press the one button that gives you that last bit of edge. Otherwise, it all comes down to what your team is wearing.

And... that's pretty much it. You can gift each companion food to further level them up, as well as unlock additional characters. I can't say any of it ever felt like a decent pay off... except for The Steamy Moments.

As someone who has never played the Xtreme series, I still enjoyed my time with Venus Vacation almost exclusively due to the style. I feel like you can sum up the entire game's feel with atmosphere surronding the Steamy Moment. When pulling for new bathing suits, getting an S rank or higher will start a shower cutscene with some relaxing music. An SSR pull is accompanied by the soft humming of the character who got the item.

They could have just thrown a slot machine in with a big icon of the swimsuit, yet they go through this whole elaborate scene of coming out of the shower with the swimsuit on, spinning around and showing it off. While nothing is quite as detailed as this one sequence, the relaxed nature permeates throughout the experience. There's so much stamina and minimal investment in anything happening that it's hard to get too upset over losing a round. Simply re-evaluate your swim suits or move on to a different competition. 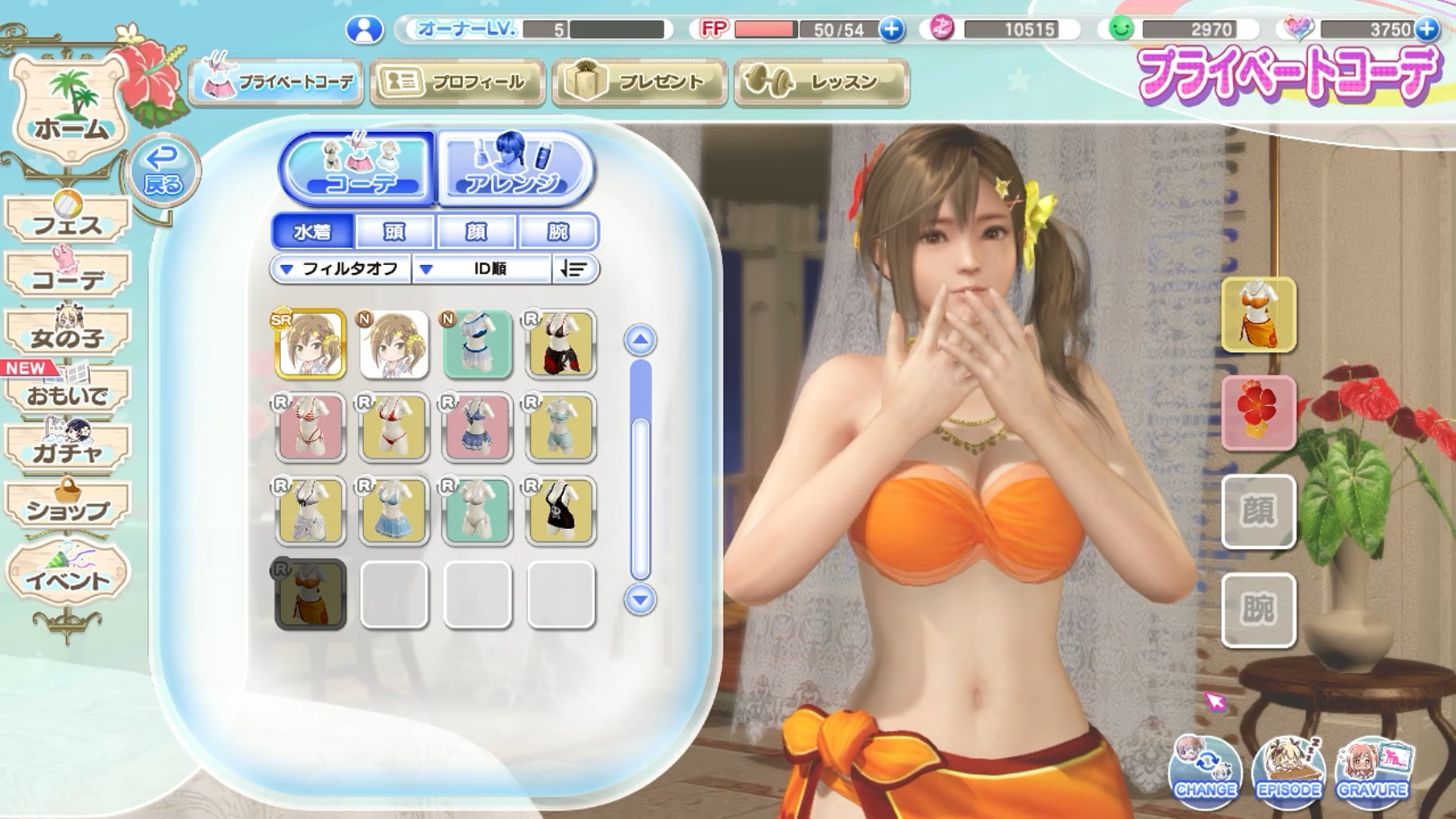 There's a lot of variety in the outfits and it leaves room for customization, since the current equipped gear doesn't need to be displayed, which makes even getting a low-ranking item worth it if it's cute.

If you want to play a Dead or Alive Xtreme entry, probably don't play Venus Vacation. It's clearly a stripped down version of what the series would generally offer. Though if you'd normally never touch the series, it's neat to poke around in.