HZD: Boredom in the Land After Time

I love video games. That's obvious-I’m knee deep in the Dtoid, and I write about video games consistently. Its a shared love that ties us together even if some of us have terrible opinions about them like implying Fallout New Vegas is better than Fallout 3. Yet to each rose its thorn, and videogames are no stranger to causing frustration or anger. But there is of course a third, dimension-the stem of any rose plant, the boring and bland part in the grand schema. This blog looks at a game in that category, one of the few games I’ve just given up on and returned: Horizon Zero Dawn. It’s a game that quite a few people have a ton of love and passion for, and I have to confess its an example of a game that I don’t understand deserving that-not to say you can’t feel that way, but I guess I really don’t see that much in it compared to some.

I suppose part of it might be previous biases; the last game I played by Guerilla games was the notorious Killzone Shadowfall which not only bored me but actively insulted me in terms of its story competence and failed to deviate from the mediocrity of its predecessors to any real degree. So when HZD had its first few trailers I was rather skeptical-even trying to look past their prior works it looked like a generic open world game as well as having a main character who kept talking to an annoying degree-though it's not quite that bad in the game proper to be fair. After The Witcher 3 came out and did its thing, I was especially sure that even if I did get a PS4 at some point HZD wasn’t something I needed in my life.

But due to my love of cosmic horror and souls games, a PS4 was soon acquired and when HZD went on sale I finally decided to grab it and try it out. The game didn’t really start out promising-it had cliched characters, archetypes and some not overly compelling gameplay. But a lot of games start out sluggish and especially in tutorial sections, so I was willing to give it a chance. Besides, the overlay system was interesting enough and I could tell as it went on that the gameplay would get more complex as it went on. And indeed it did-though I’ll get into that later-but as I made my way to Carja I noticed more and more problems, and was more and more bored until at Carja I just stopped and decided to cut my losses, returning a game for the first time I can recall since Army of Two: Fortieth Day. 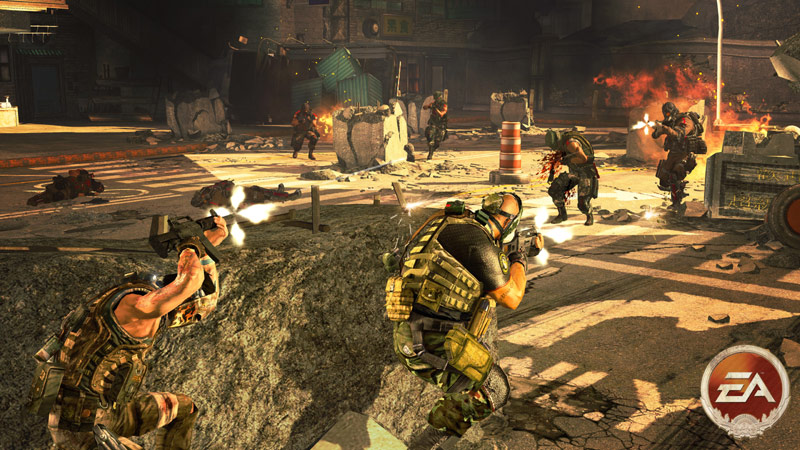 The game begins by introducing us to Rost, the father figure who is by the rules and stiff but loving. He takes responsibility for Aloy, the main protagonist who grows up before our eyes until the main events of the game get underway.  She's a red haired, fiery protagonist with attitude who's been an outsider for years and is a skeptic at heart about the religious aspects of her culture. It's all incredibly cliched-I’ve seen this type of wise-ass, fundamentally good and skeptical character before several times and there's little to make her unique or interesting as a character.  Her voice actress is fine but not really one that stands out to me, and that combined with the subpar writing makes for a character I just couldn’t relate to. The writing doesn’t help matters-while its not as bad as some games, it’s incredibly lacking and makes conversations feel as generic as possible.

I can’t remember the names of any of the characters except Rost and Aloy, and it speaks to storytelling that I think that's the case. Also as a bit of a side note, scenes lack much in the way of interesting blocking, more often than not being two characters standing apart from each other with the same general camera angles. There's little interesting motion or much going on in scenes, and its so flat and lifeless which isn’t helped by the stiff character models and weird looking faces. It makes already boring dialogue even more tiresome to sit through, and it makes it harder and harder to care for the fates of any of the characters. 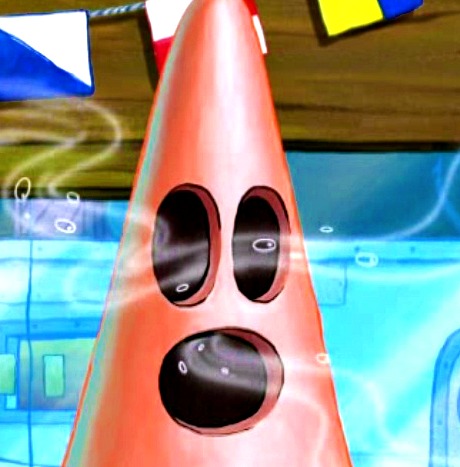 The story is generic and bizarrely wastes opportunities to develop things-even if those things would have been cliched (the bigot who hates you and the nice big sister character who likes you for no real reason) they amount to nothing in what feels like an attempt to subvert expectations….and then they just do nothing instead. All the characters are characters you’ve seen before, and have nothing interesting added on to them to make them likable or interesting. It all feels so stale and hollow, and the story rarely deviates from an obvious path which leads to my not feeling at all invested. I would go into more detail about the story, but it was so uninteresting that I have little to say aside from noting that.

Robot dinosaurs was one of the big promises of the game, and there is interesting ground there for enemy design and battles. It's a shame, then, to find out most of the enemies aren’t dinosaurs-they’re primitive animals. Bison, Gazelle, Sabertooths, birds, crocodiles, and one tiny dinosaur thing that barely even resembles a dinosaur are well represented starting off and up to Carja. There are a few giant crab robots which liven things up a bit, but dinosaurs are only present in small quantities.

This might seem like a nitpick, but to me it goes beyond that-this game sold itself on that promise of fighting robot dinosaurs which makes the actual stock of animals disappointing and wastes the potential that a world with humans and dinosaurs had, just to use the same generic stone age animals we’ve already seen in several games. And while the animals are robots with some having unique weapons, a lot of them just look so similar that it stops getting visually interesting or arresting after a while. I saw a T-Rex looking dinosaur robot and just rode off without barely giving it a second glance because of how banal the samey robot designs had started to get. But at least they’re better than the other type of enemy the game has you fight more and more-humans. 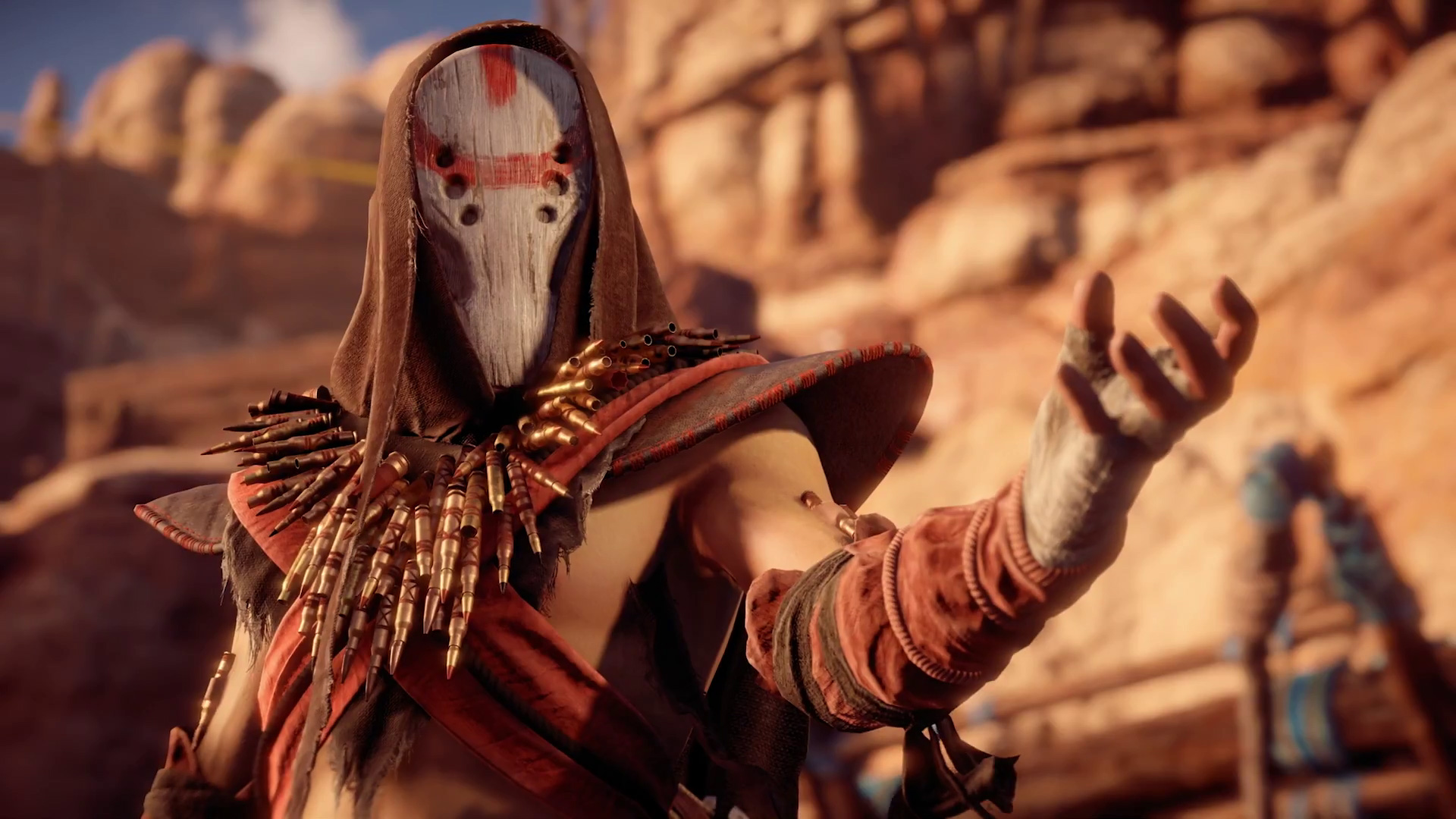 All the cultures on display seem to have drawn inspiration from actual cultures which is commendable but I don't think they went far enough in some ways. Alloys culture in particular reminded me of Skyrim in a lot of ways, with some robot bits strapped onto things but little beyond that. But rather than go full bore with the cultures I’ve seen, they rely on a more basic approach to it and everyone just mostly acts like generic normal people. They waste some really good ideas for designs or visual styles-and I’m a fan of ancient history so that bothers me more than it might others-and just end up doing little with it like most everything else. This applies to enemies as well-almost all of them look like discount mad max rejects or Skyrim bandits and the game starts throwing them at you increasingly which wastes the hook of the game-robot animals-and again makes the game feel like a been there done that experience. I also think its somewhat telling that actual in-game human enemy models are pretty difficult to find.

As for the gameplay, its fine but it doesn’t feel quite as fluid as it perhaps should. There are some neat tricks you can pull off, the stealth is alright and it controls well enough. I do like the different weapons as an idea, and the idea of setting traps and what not to hunt tougher dinosaurs is intriguing and works the first few times. But as the game hunts are stymied by the need for endless crafting-yet another thing that's been done to death in recent years. One has to constantly look for items to build new ammo, gear and etc which is always breaking the flow of the game and slowing things down. Healing items are particularly annoying with random berries serving as the main health and healing potions requiring the hunting of specific animals adding to the tedium. So much time is spent gathering, crafting and so on that it becomes tiresome quickly to have to constantly be stopping to collect resources. I’m sure to some people that sounds like a good time, but even having played several games with crafting I liked this one just wore me down with how demanding and constant it was. 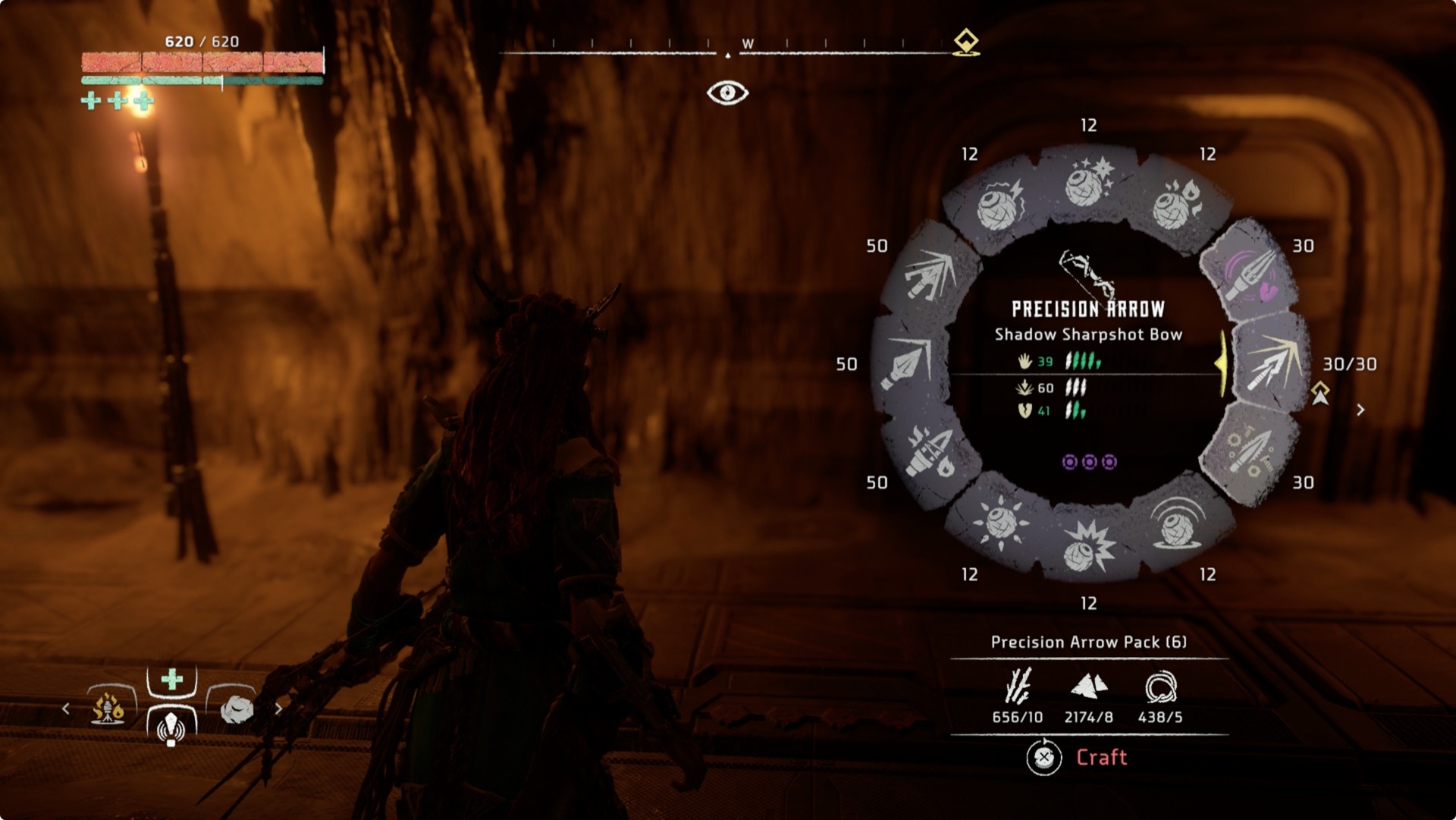 The graphics are also something I want to briefly mention before wrapping up-I’ve heard a lot of people discuss how good this game looks and I have to disagree. I’ve mentioned my issues with the visual design already, but in general the graphical quality doesn’t jump out to me as some be all end all. Maybe having a PC has just made me have different expectations,  but I’ve seen plenty of games that look better both aesthetically and in terms of graphical power. Musics alright, not much variety to it from what I played and it didn’t really do much for me but it wasn’t really offensive or bad. In the end, I don’t hate this game because its not a terrible or bad game. It's just a mediocre and dull one in my opinion, a game that I kept coming back to less and less with shorter play sessions each time until I finally just had enough and returned it. Its another game whose response I don’t quite get, but at the same time I’m fine letting those people enjoy it if they want-I just can’t say it did for me what it did for them. I do wish I had liked this one more, and that it had done something more to intrigue and interest me-disliking games isn’t something I particularly enjoy even if taking them apart is interesting on some level. I would rather have come and said that I really liked this game but that's not how my time went with it.  Just the way it goes I guess. Thanks for reading, feel free to leave your own thoughts below if so inclined!