Final Fantasy for WiiWare a direct attack on Project O?

6:42 AM on 10.10.2007 (server time)    0
This morning has pretty much blown my nuts off. All the shit people wanted Nitnendo to show at E3, they instead just decieded to show yesterday. WTF? OMG? STFU! WOWOWOWWOOWWO.

Sonic in Brawl, Brawl Delayed, and On-Line Co-Op in Brawl.

Pokemon Farm for the Wii (could be the Nintendogs + Pokemon game that was destined to steal your girlfriend, out sell Halo 3, and eventually take over the earth.)

Countless other news. Check this link to GoNintendo for the rest.

And now... Final Fantasy for WiiWare, that looks like a complete rip on Project O, a game created by ex-Square/Enix talent?

Here is a quick comparison.


Final Fantasy WiiWare, which from early reports is about a young King controlling and creating his own country. 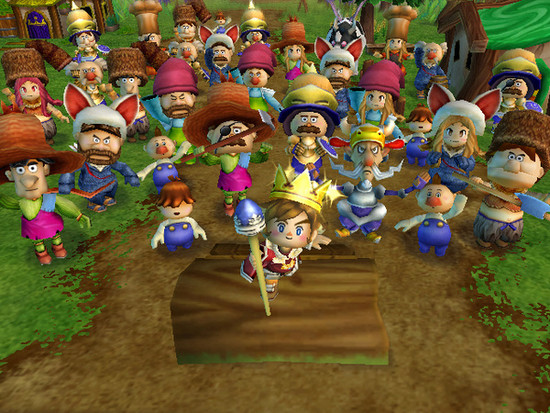 Sure, they may end up being totally different games, but from initial info the simliarities are more than striking. The only differences I see thus far are that the FF game is...


I haven't seen a blatent rip off/head shot kill attempt on another movie/game/TV show since Disney brought out A Bug's Life right in time to murder Dreamwork's Antz.

A stunningly brital attack.
#Community
Login to vote this up!