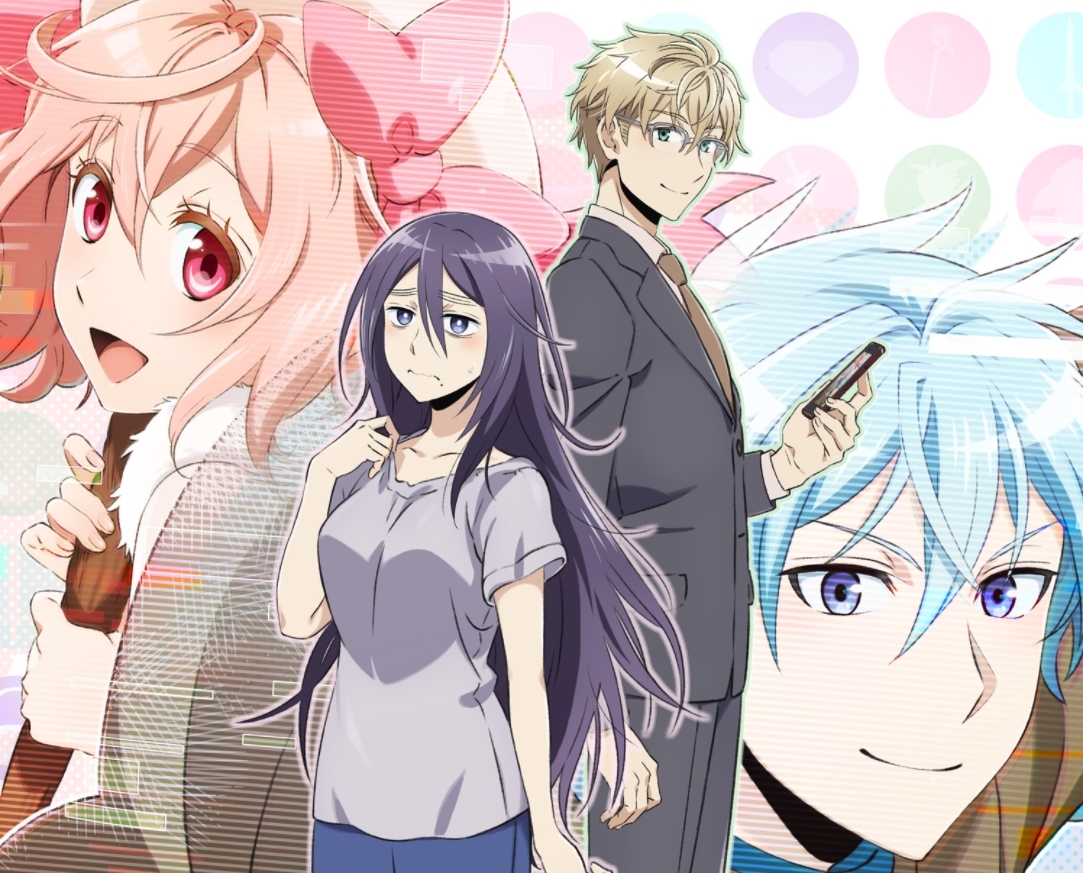 I have to admit, I'm a sucker when it comes to romance in anime. I also have to admit, when I find something that I can relate to, I tend to feel a strong attachment to it. That being said, Recovery of an MMO Junkie was loads of fun to get into. It's funny, it's charming, it's...well, relatable.

The story centers around a 30 year old woman named Morioka Moriko (Mori), whom recently quit her office job after feeling like her life was being wasted away. With nothing better to do, Mori delves into the virtual life of an MMO, where suddently she finds purpose and happiness all over again...at the expense of her real life, of course.

Mori isn't afraid to describe herself as a shut in NEET, one that doesn't like attention and takes comfort in her introverted ways. She creates a 'hot guy' character in the MMO 'Fruit de Mer', and teams up with a cute 'girl' named Lily and her clan to take on the day-to-day challenges of an MMO world, all the while drawing connections and building relationships in her newfound virtual life. Of course, you've got to eat, so Mori commutes regularly to a local convenience store for frozen dinners, beer, and other NEET worthy necessities. This is where we come to find out that the world isn't as big as we all thought it would be (and of course, we get a healthy dose of irony). Mori starts to interact with characters in the real world that she ironically has grown close to in her MMO, and while I'd love to give you the play-by-play, that would take all the fun out of watching it for yourself!

Relatably, I can draw a lot of connections with this show right away - age being a large factor. It's funny to see how Mori builds up her online persona, and tries desperately to hide her age from her friends (for fear of being rejected). Secondly, I of course am all too familiar with taking on the persona of the opposite gender in a game (though certainly never with malicious intent). It's just a personal preference for me, and one that better fits my playstyle and comfort level. There were various times while watching this show that I saw scenarios that Mori had stumbed into where I chuckled to myself thinking 'I've been there, gurl'.

What's more, the variation in characters is really what helps to make this whole experience feel pretty genuine. I felt while watching this show, that there is some character that anyone could relate to mixed into the story, and that's always appealing for me. That moment of 'Oh yeah, I get that' and 'Heh, been there done that' has always been a drawing factor to an audience, and there's lots of that sprinkled in here.

But for all of those familiar moments, there was certainly a lot of concerns I felt while watching this show. The biggest 'quirk' of Mori's character, is the fact that despite being a well off business woman at one point, she truly is socially inept. Indeed, we can all be hard on ourselves, and sure, sometimes we just genuinely struggle with being social, but this girl really needed the extra help. While it's fun to see how her innocent, and often times charming personality continues to grow and develop throughout the show, it's a little saddening at times. Perhaps it just hits a little close to home, especially for those who do suffer from social anxiety.

I felt that Recovery of an MMO Junkie really took a more traditional approach with its animation style, but flaired things up a bit to suit the MMO world and distinguish it from reality. Every character really showed vibrant expressions and variety throughout the show, and that certainly impressed me. Obviously, in the MMO, atmospheres and landscapes are more colorful and vibrant then the 'dull' tone of the real world. I also want to add that Mori is one of the cutest anime characters I've ever seen in a show - they did a great job of depicting a woman in her 30's, and yet she still feels like a kid at heart with her funny expressions. Even at her worst, I always found her character to be charming.

Musically, there's nothing too flashy to stand out about this soundtrack, but I did find it a bit more enjoyable then that of Scum's Wish. The opening alone really fits the mood of the seriess, and frankly, it's catchy as hell. Everything else in between was alright, not bad, not great.

My time with Recovery of an MMO Junkie was well worth it. Take romance elements of Sword Art Online, mix them with fun elements of KonoSuba, and sprinkle in a little bit more down to earth realism, and you get this fun little story! While there are still greater concerns about Morioka (what does she even do for money after she quits her job???), there's still a lot of enjoyable laughs and triumphs for those who lack in social graces. I think I would have liked a little more when it was all said and done, but sometimes walking away when you have already established something good is the best option (especially when it comes to sequels). At a whopping 10 episodes long, you really owe it to yourself to give this one a looksie.