Writers note: before I had written this blog, I was under the impression that Nintendo only offered 32gb cards for developers and publishers to store their games on. Credit to community member Barry Kelly for helping me get facts straight! Still, read on for my impressions of the Switch, and the storage issues that are bound to catch up with you over time.

You would think that following the announcement of so many popular ports...AND Dark Souls, 2018 is looking like a promising year for the Nintendo Switch. There is a lot of fun offering's on the horizon, and hey, that's fantastic to hear! There is a definite element of anxiety for me personally looking forward however, and that is in the fact that the production of Nintendo's 64gb game carts has allegedly been delayed to 2019.

I'm sure a couple of you are just thinking "Well, so what? Why is that even a big deal?", well...let me share some perspective for you. I currently have 10 games readily available on my Switch that use up data (I actually own 11, but had to delete a game to make room for another). The Switch itself comes with 32gb internal memory...and I have roughly 1.8gb available.

The point is, I've hit a bit of a wall. Now many of you might be thinking "Why don't you just buy more physical copies" - hey, that's a valid point. Perspective time - I love Doom. Like...I REALLY enjoy Doom. Doom, however, is a pretty big game. As a matter of fact, despite filling up the cart with data, you still have to install digitally roughly 7.7gb of raw data just to enjoy the game in it's complete form (including multiplayer). 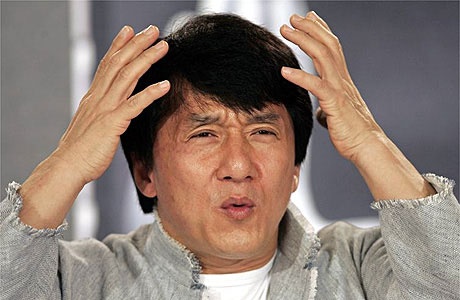 So what are the remaining options here? Well, I could always remove some of the downloadable titles on my Switch, and hey, lots of people do that...but I don't really like the thought of losing my saved data, and honestly, I really enjoy having the variety of games right in front of me. Another option (and one I'm about to look into) is obviously buying a Micro SD card to help expand that data capacity of my Switch. That's a pretty realistic option, one that many have already invested into...but high capacity Micro SD cards aren't exactly cheap. It's a little frustrating that I have to rely on this option, if I'm being totally honest.

With the Switch looking to get bigger titles from various third-party developers, it's essential that they can get all of their programming and data into one package, or else even the most conservative of data using gamers are going to end up struggling. Doubling the capacity of the carts may not seem like that big of a deal, but when you have as many fun titles on the way, and considering how I've already filled up my Switch's capacity in less then a year, I'm a little concerned about how everything is going to be stored.

What's more frustrating, is the fact that Nintendo could easily remedy this by sucking it up and getting on with the process here. Yes, users will buy the Switch. Yes, users will go spend an extra $20-$100 on a Micro SD card...but they shouldn't have to. It's certainly doesn't seem to be a high priority concern for Nintendo, though.

Consider how this affects developers too. To be fair, plenty of developers put a remedial chunk of their finished products on a disk, only to make you go home and wait an hour or so for the rest of the content to be downloaded onto your hard drive...but not all of them. I want to believe that plenty of honest developers will do their best to fit most of their game data onto the provided disc/cart, in order to save convenience for users. Project CD Red proved that you can certainly be economically friendly when they released The Witcher 3 - Complete Edition, which has damn near everything right there on the disc. I was super impressed at how quickly and efficiently I was able to get into that game.

Having lower capacity could drive some potential developers away, though. I'm not saying that the Switch is DOOMED because of their lower capacity carts, but I think it's a valid point of interest that not all developers want to try and cram and condense their games onto a low capacity media, nor do they want to frustrate users by forcing a large download on their storage memory. I recall lots of local users here at Destructoid being a bit miffed by Doom's necessity to install a large chunk of additional data...but unfortunately, Doom could be just the beginning (at least until Nintendo gets around to updating the capacity of their carts).

So yeah, I will go out and buy a Micro SD card because I can. And yeah, of course I'm looking to the many fun and exciting offers that are waiting just around the corner for the Switch. That being said, I'm still miffed that Nintendo chooses to continue to be...well, Nintendo. It may be a minor gripe to some...but hey, not everything can be perfect.

Community member Barry Kelly pointed out a key point of interest, in that Nintendo offers the availability for lower capacity cart sales to publishers (likely to help said publishers to save money). This was something that I wasn't even aware of at the time of writing this blog, though I imagine Nintendo does this to help encourage smaller studios and indie developers to purchase carts at a cheaper rate (since many indie games tend to require less data). This does become a factor howerver, when AAA developers (such as Bethesda) are purchasing lower capacity carts in order to save money, only to charge a premium price of $60 for a port.

I still feel that this however could be remedied and looked into with greater detail. Nintendo could offer their carts at the capacity of 32gb, without offering the option of a smaller capacity. This would certainly hurt smaller developers from creating physical releases of their games...but it's smaller indie games that usually take up little data, and thus don't hit your storage capacity too hard (Snipperclips in it's entirety takes up 1.4gb of data, while Sonic Mania takes up less than 400mb).

While I'm never a big fan of taking away from the little guy, this would help to keep things fair, and create less of a strain on consumers in the long haul. Then again, business will always be business. What are your thoughts?