Top 5 Good and Bad Feelings About Games in 2017 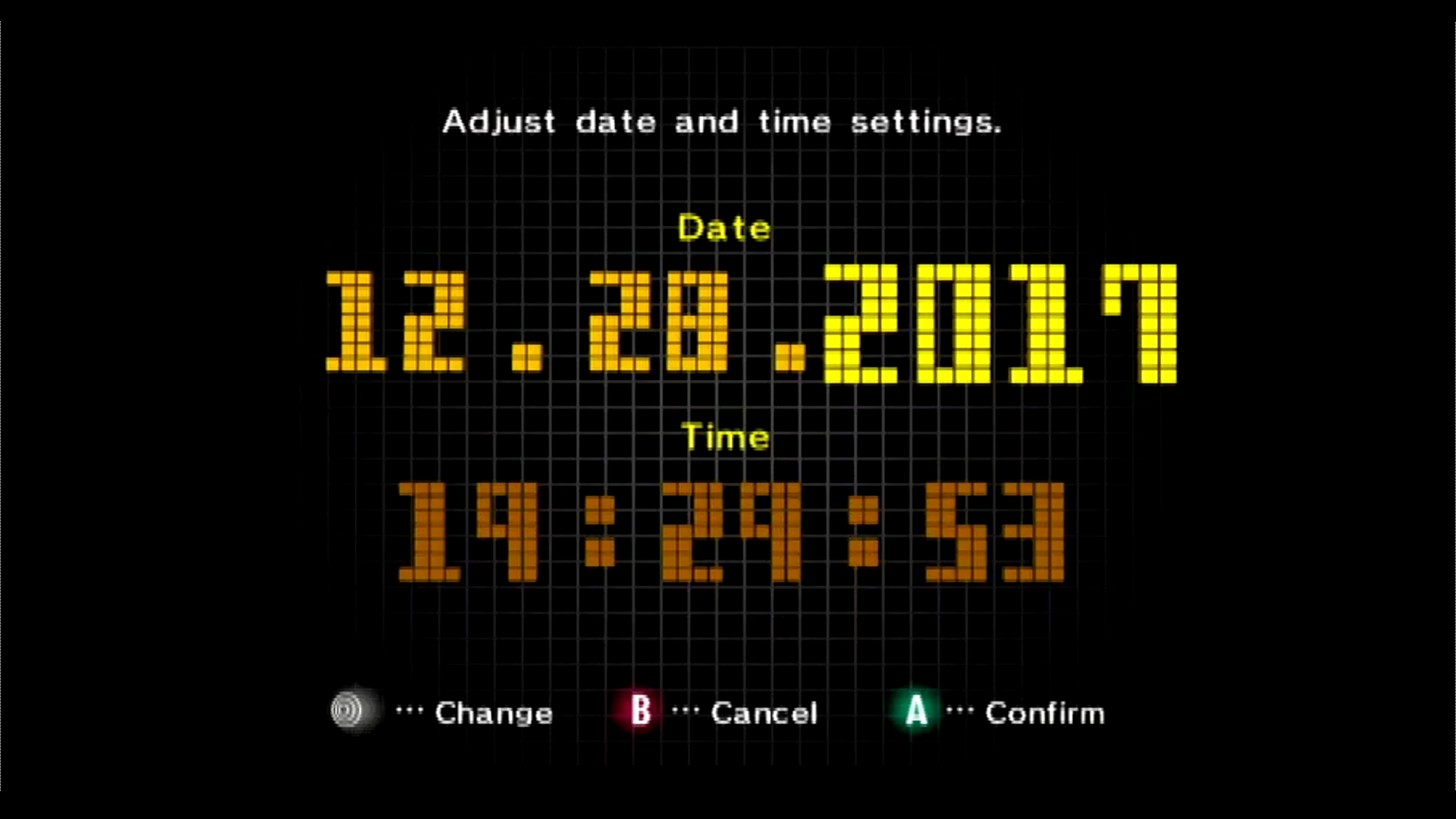 I, alone, will likely never play enough games released in one year to do any sort of Game of the Year list. I'm spread pretty thin across a variety of generations. Nothing I have to say about 2017 is all encompassing.

However, I do have a mix of thoughts from throughout the year that might be nice to sort of bundle into a weird list thing. 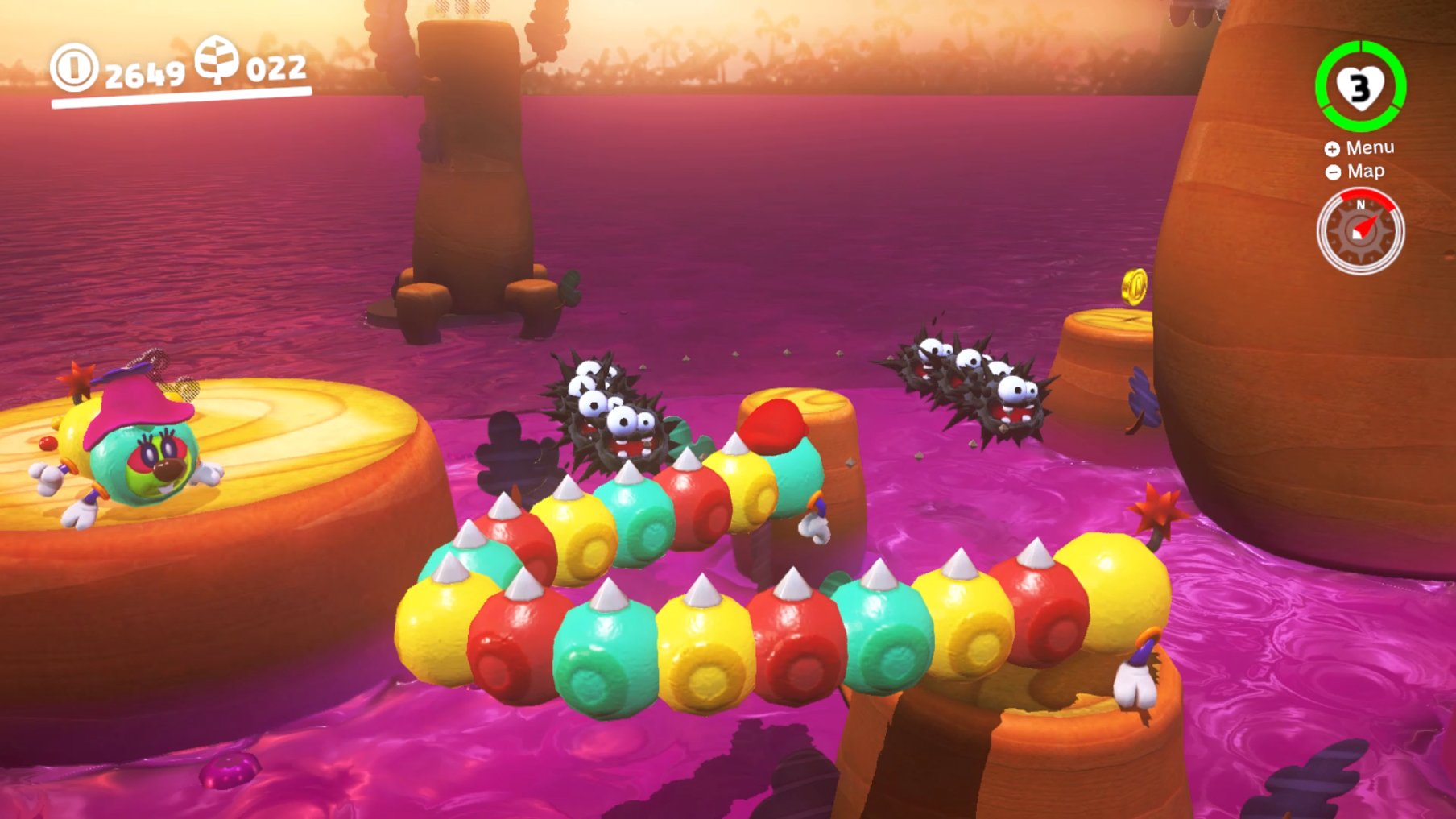 After Super Mario Galaxy, I couldn't think of many directions the series could go to distinguish its core gameplay. Honestly, Odyssey's open world and the abundance of moons in them might be my least favorite element.

Where Galaxy leaned heavily on a single gimmick with how gravity effects Mario's movement, Odyssey divides Mario's capabilities between a large number of forms. On the surface, it looks like a recipe for disaster. Many games that aim for sheer variety will often have a lot of elements that don't particularly play well. Mario Odyssey doesn't escape this entirely. Playing a T.rex is really cool for about three minutes, but then you realize its controls are terrible. The major difference in Odyssey from other games is that it knows when to stop. Right as the novelty of controlling a creature starts to wear off, you're on to the next thing.

Even without the capture options, the moveset that Cappy adds to Mario feels surprisingly natural – allowing you to perform some of the most unique platforming feats in the series.

I Should Worry Less About Monolith Soft's Games 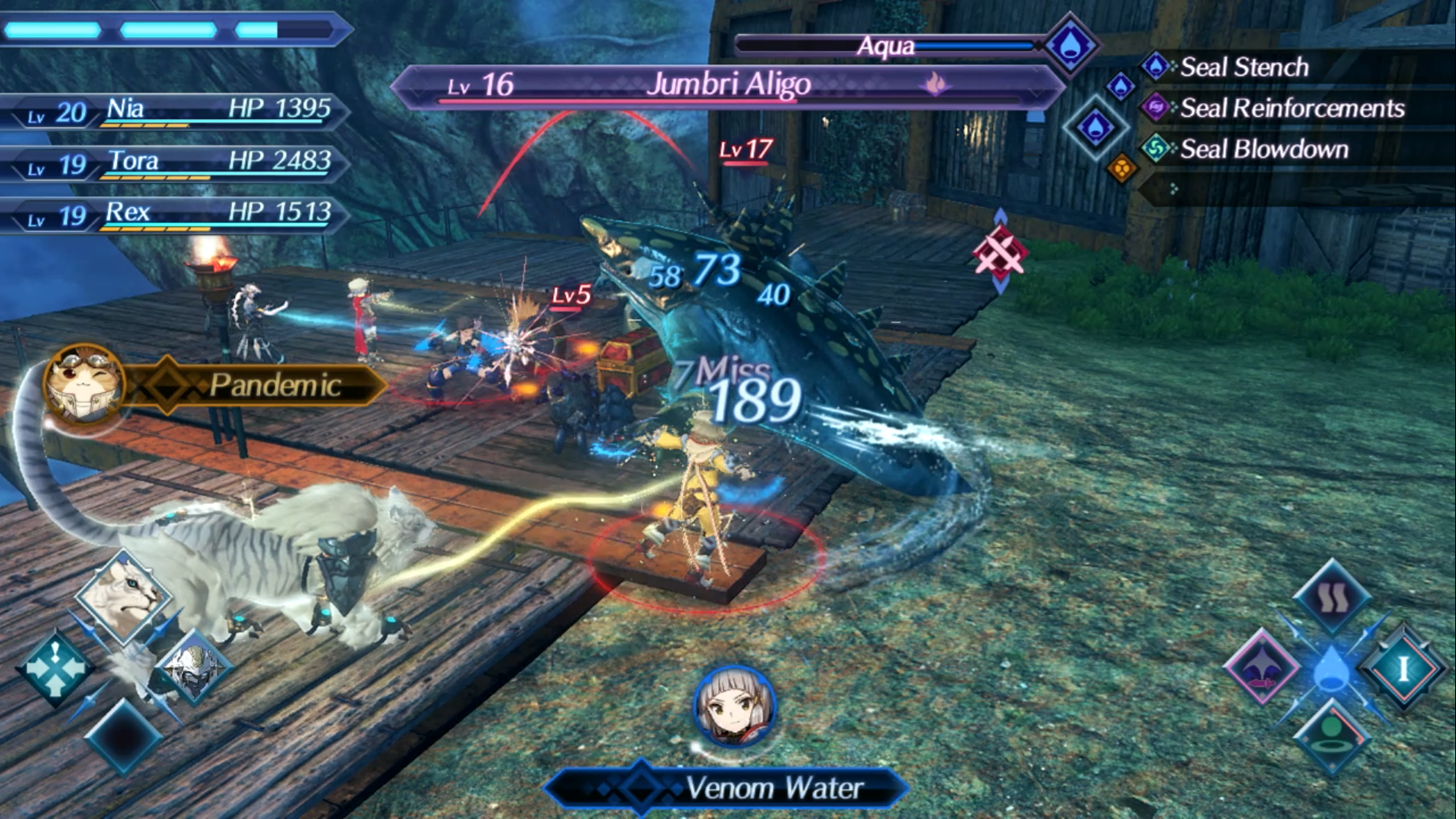 I was immediately against Xenoblade Chornicles 2 when it was announced. I want Monolith Soft to move onto something completely new. While Xenoblade Chronicles X structurally is different from the rest of the series, a lot of its battle mechanics were pulled directly over from the original. So when the follow up was announced to be more of a traditional JRPG in structure, I panicked that they were simply making Xenoblade Chronicles once again.

I'm not super deep into Xenoblade Chronicles 2, yet from the beginning it's clear the battle system is drastically different. The underlying structure exists with some continued elements like toppling enemies, but how the player interacts with the arts system alone completely changes the flow of combat.

Unless you solely enjoy philosophical story of Xenogears/Xenosaga or the open as well as dense environments of the Xenoblade series, the developers's continued attraction comes from their battle system designs. They layer on different elements to combat that are often unnecessary to slay standard foes, though frequently reward you for interacting with them.

Xenoblade Chronicles 2 is the best case scenario for me.

Valkyira Revolution is Weird in a Good Way 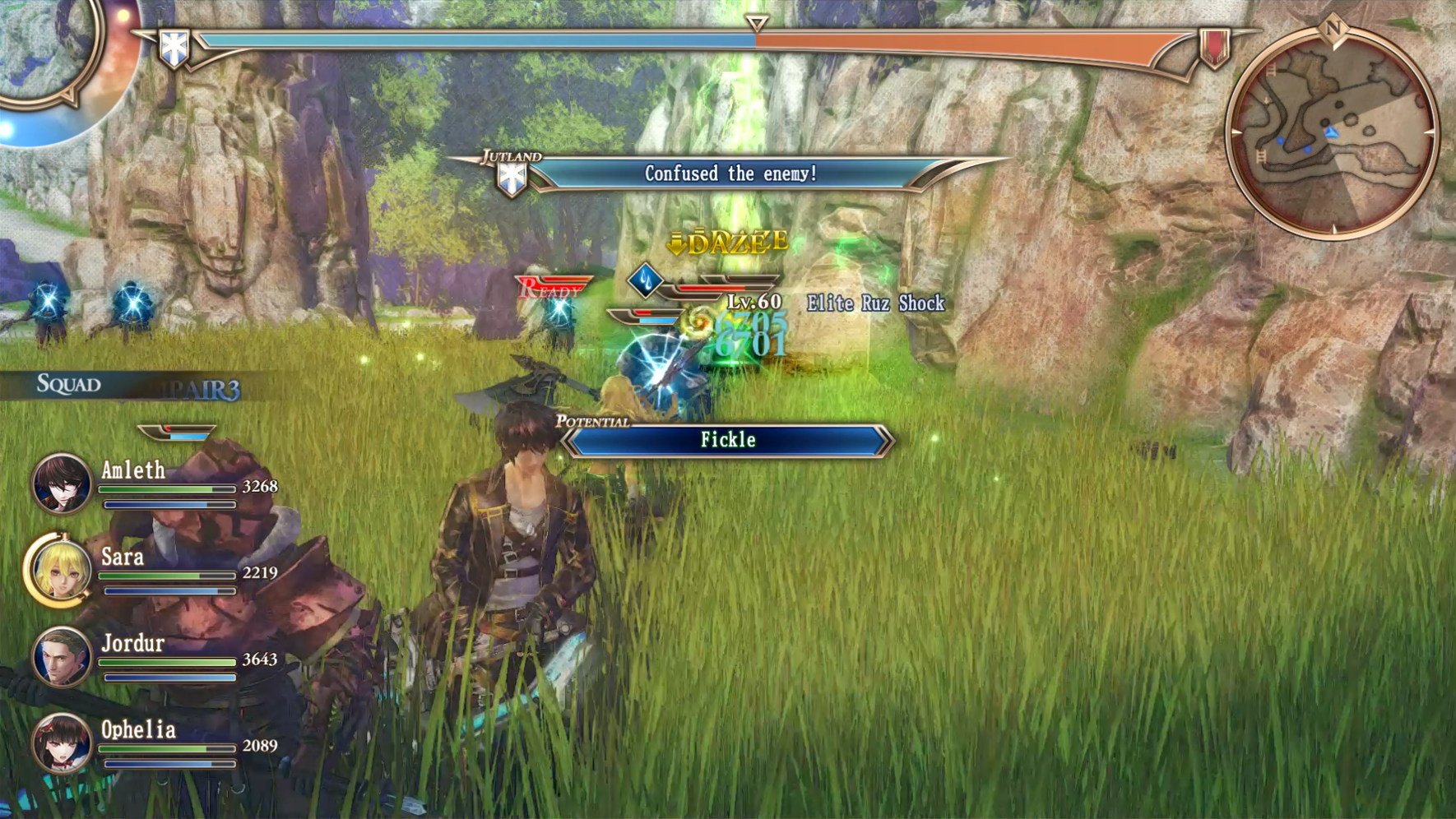 I've been working on an article that's kind of tumbling around trying to find the best form it can take. So I don't want to talk about Valkyria Revolution too much yet. While it doesn't scratch the itch of a traditional Valkyria Chronicles title, the story and gameplay has a unique flavor built entirely around the single element of morale. The execution isn't always great, but the framing is unique.

Sorry for the tease. Please look forward to it. 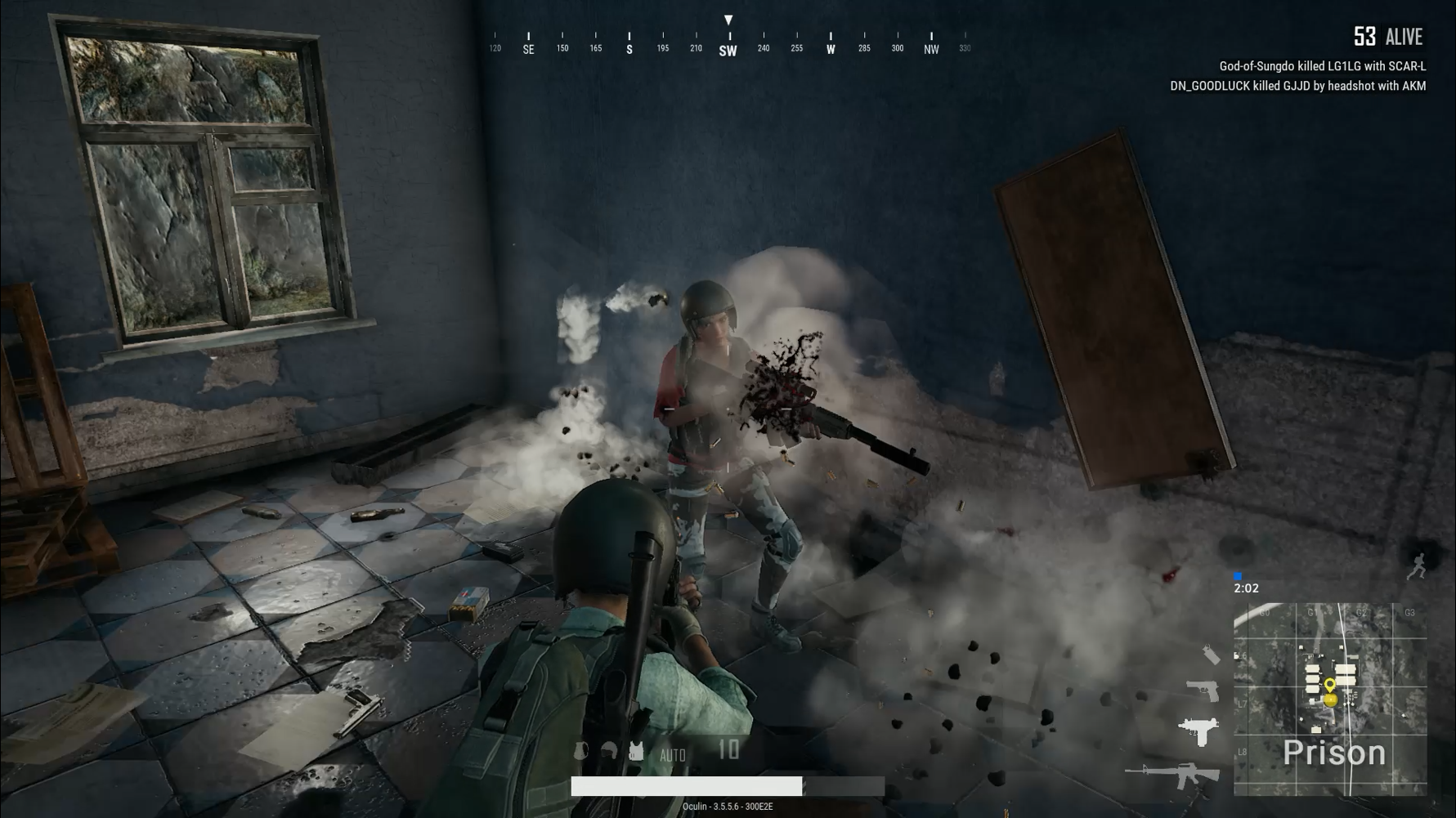 I dropped off Call of Duty's multiplayer hard around the time of Modern Warfare. In the last ten years, I haven't played much else. It wasn't until Splatoon released that I got invested once again. When I was finished with that, I thought I would go back into shooter hibernation. Surprisingly, I was picked up by two this year.

PlayerUnknown's Battlegrounds is pretty rad. I don't need to tell you that. I dumped 200 hours into it and I'm hoping that the recent addition of a new map will push me beyond that. I love the “work with what you got” feeling of the combat. I also can't remember the last time I felt an adrenaline rush that the end of a PUBG match provides. 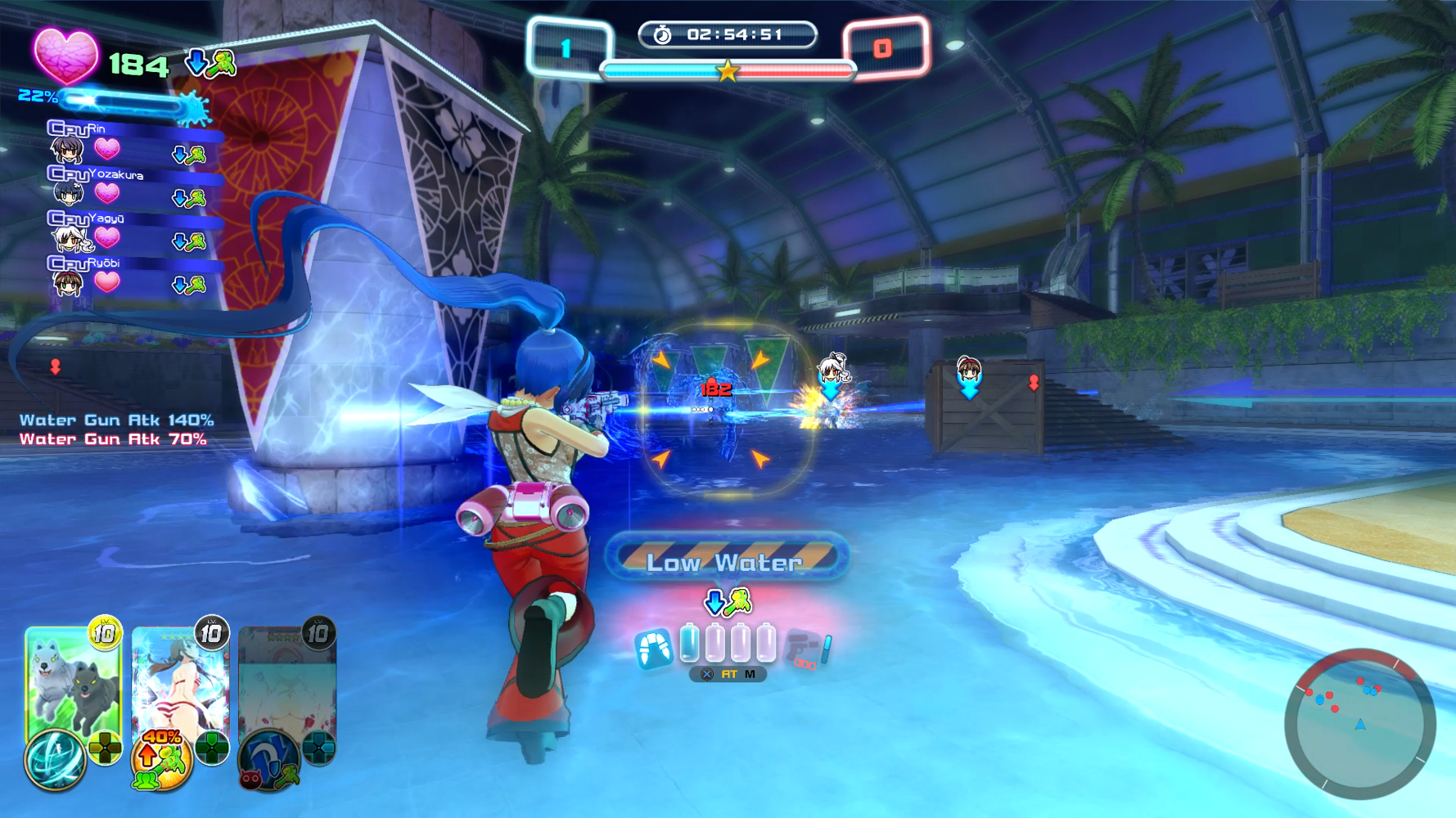 I was uncertain if Senran Kagura; Peach Beach Splash would capture me. The second I jumped into competitive matches, I was hooked. It's almost the exact opposite of PUBG. Battles are quick and chaotic, with a focus on character positioning rather than precision aiming.

The only limit was that I could hardly find a match in PBS. They patched in cross-regional support to help alleviate this. Based off what I tried out recently, it doesn't seem to have helped much. 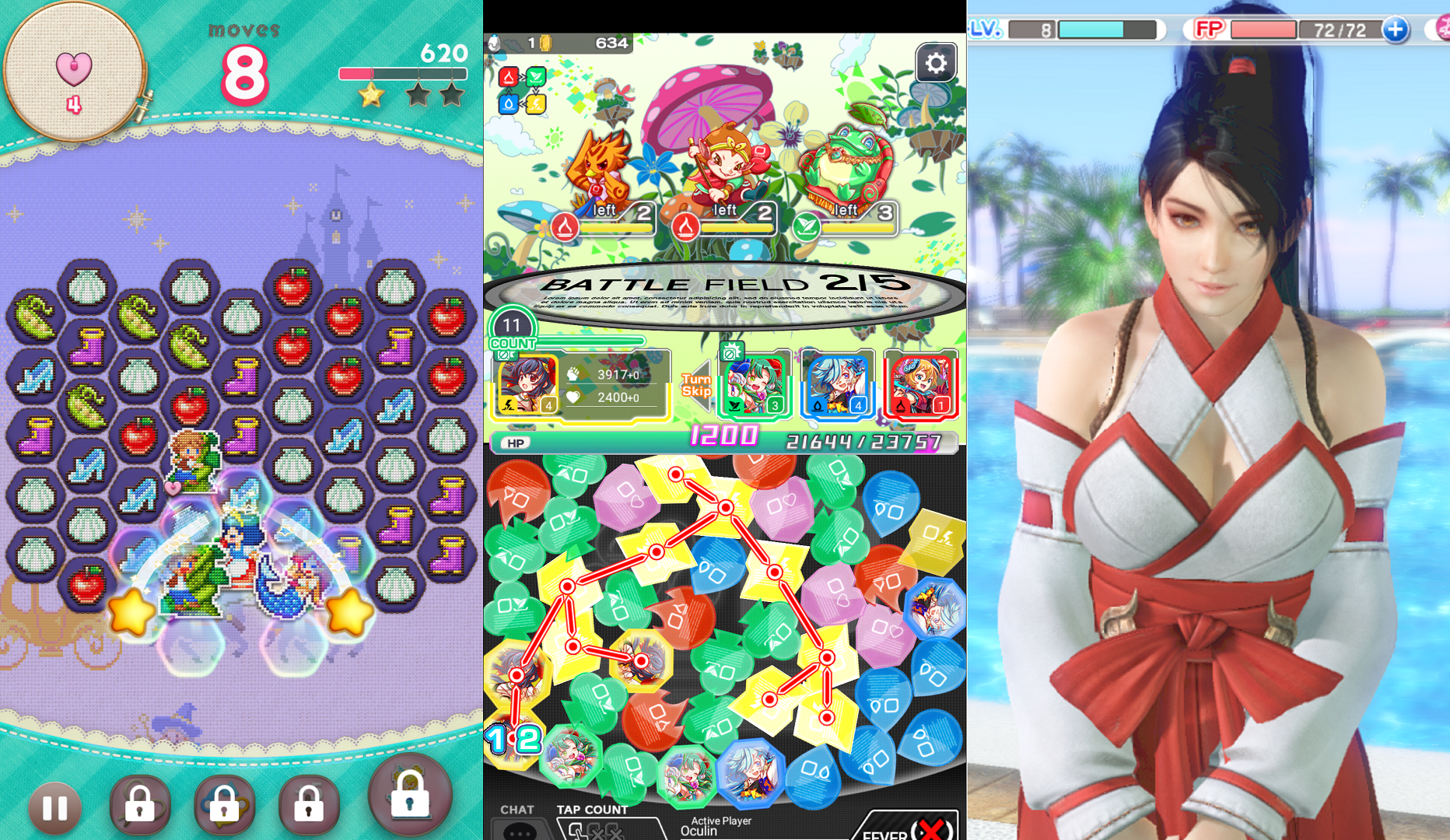 Mobile gaming is something I've kept at arms length for many years. I barely use my phone because I spend 99 percent of my time at a computer or driving.

After a hefty period of playing Puzzles and Dragon in 2016, I expanded this year to play a few titles. I put a lot of time into a PAD clone called Crash Fever, tried out the beta for a puzzle game called Wonder Flash and played through a more traditional point-and-click adventure game called Strange Telephone.

I even downloaded the DMM Games launcher, which has many mobile-like PC titles, including Dead or Alive Xtreme: Venus Vacation as well as a port of Chain Chronicles 3. 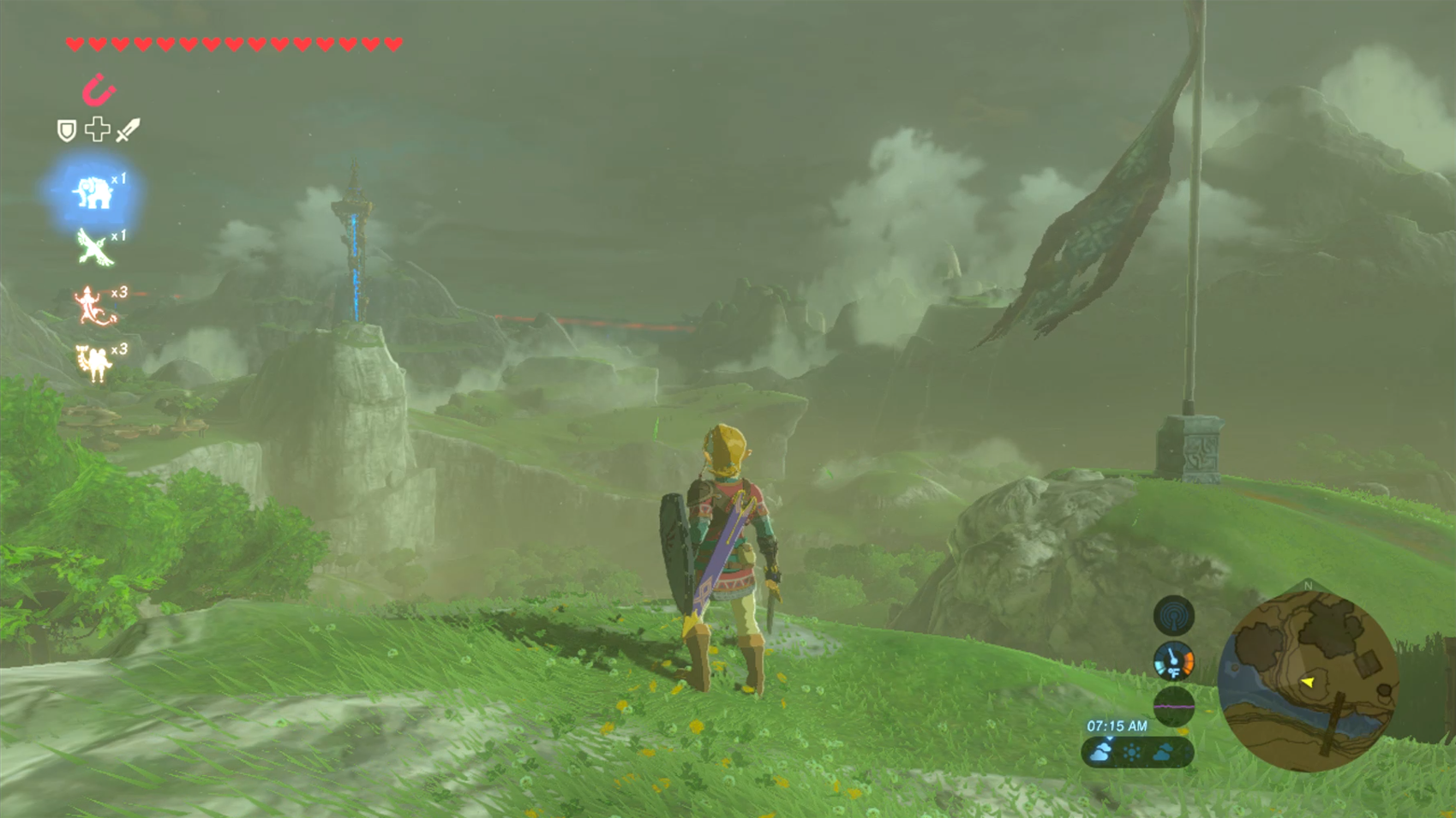 There are not many franchises I follow anymore. Seeing Zelda go hard into open world game design has really cooled my feelings on the series.

I'm not sure if I need to evolve or what, but I haven't been able to get excited about massive open world games (segmented open world games are another thing.) Yet Breath of the Wild has reached success on almost every measurable level, so I can only see Nintendo leaning harder into the foundation it set.

In my eyes, it's a game with a lot of issues. Puzzles, rewards, dungeons and environments are all heavily recycled. Most of this seems to come from a fear of letting go of the series' traditional support structures. To make a successful sequel to Breath of the Wild, those likely need to be removed or reshaped. Once those are gone, I do have to ask what's left for me outside of a name on the box.

For now, I'll keep an eye on the franchise.

Apparently We Don't Agree on NieR 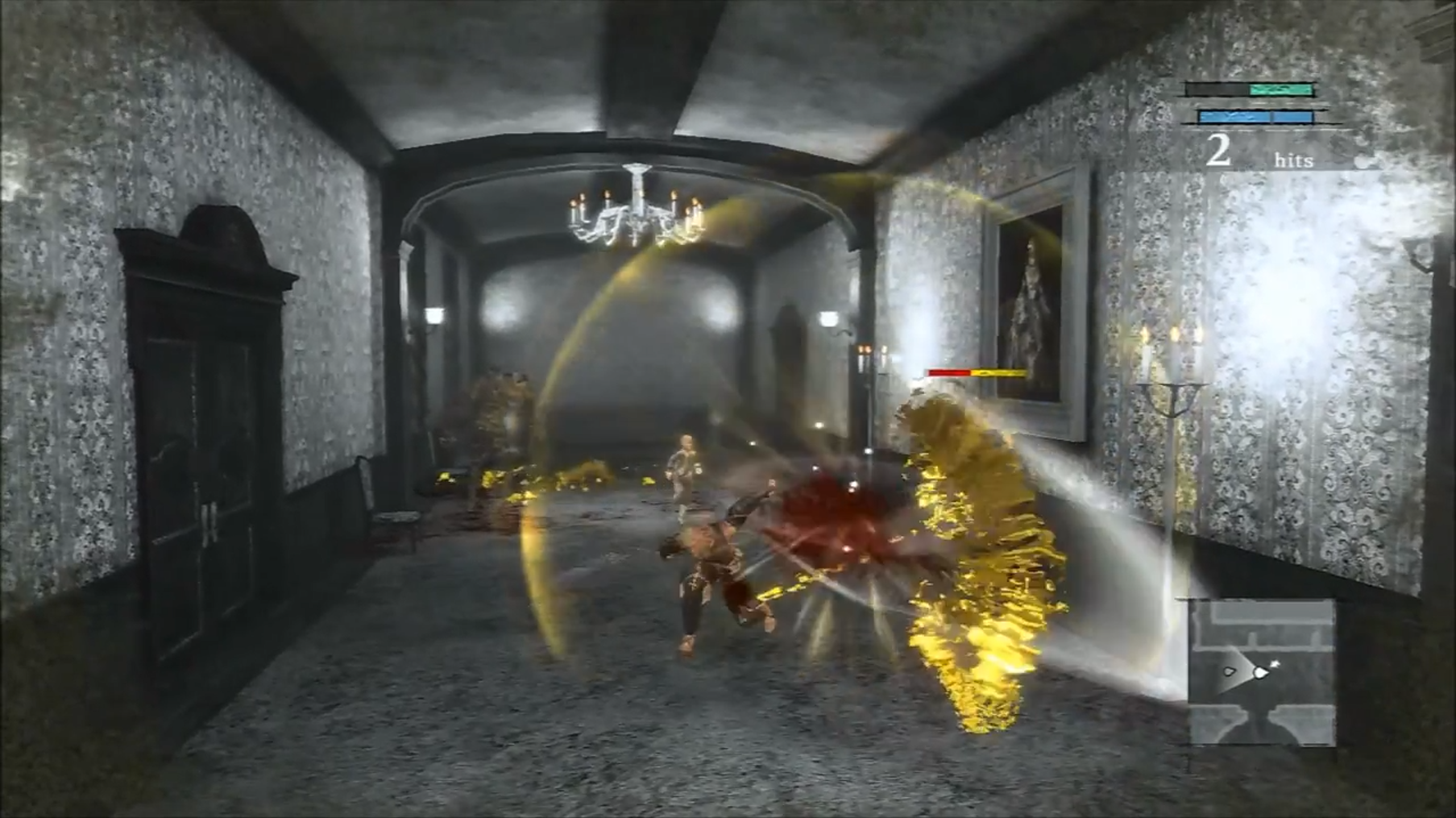 NieR is my favorite PlayStation 3 / Xbox 360 game. My feelings on game design frequently don't align with most people. NieR was never a massive success, but it was fascinating to see how the fanbase slowly grew over time. It ended up being a touching point for me. A significant number of people liked one of the weird games I was into. It made me oddly happy.

I've yelled enough about Automata over the year. Before release, I already had a feeling I was not going to like it. Leading up to that article though, I tried to get a pulse on how people I knew felt about the sequel. To my surprise, most were saying they wanted to play a good game with NieR's story. This led me to find out they felt like the original was a bad game you dealt with for an amazing story.

Maybe before I had never asked the right questions. I guess I can't say I heard any glowingly discussion surrounding the level design or gameplay. I assumed the love for it came as a whole.

While I foresaw the franchise moving away from what I liked most about NieR, it definitely feels like the floor dropped out from under me regarding the fan base surrounding it.

The Ending to Final Fantasy XI is Pretty Bad 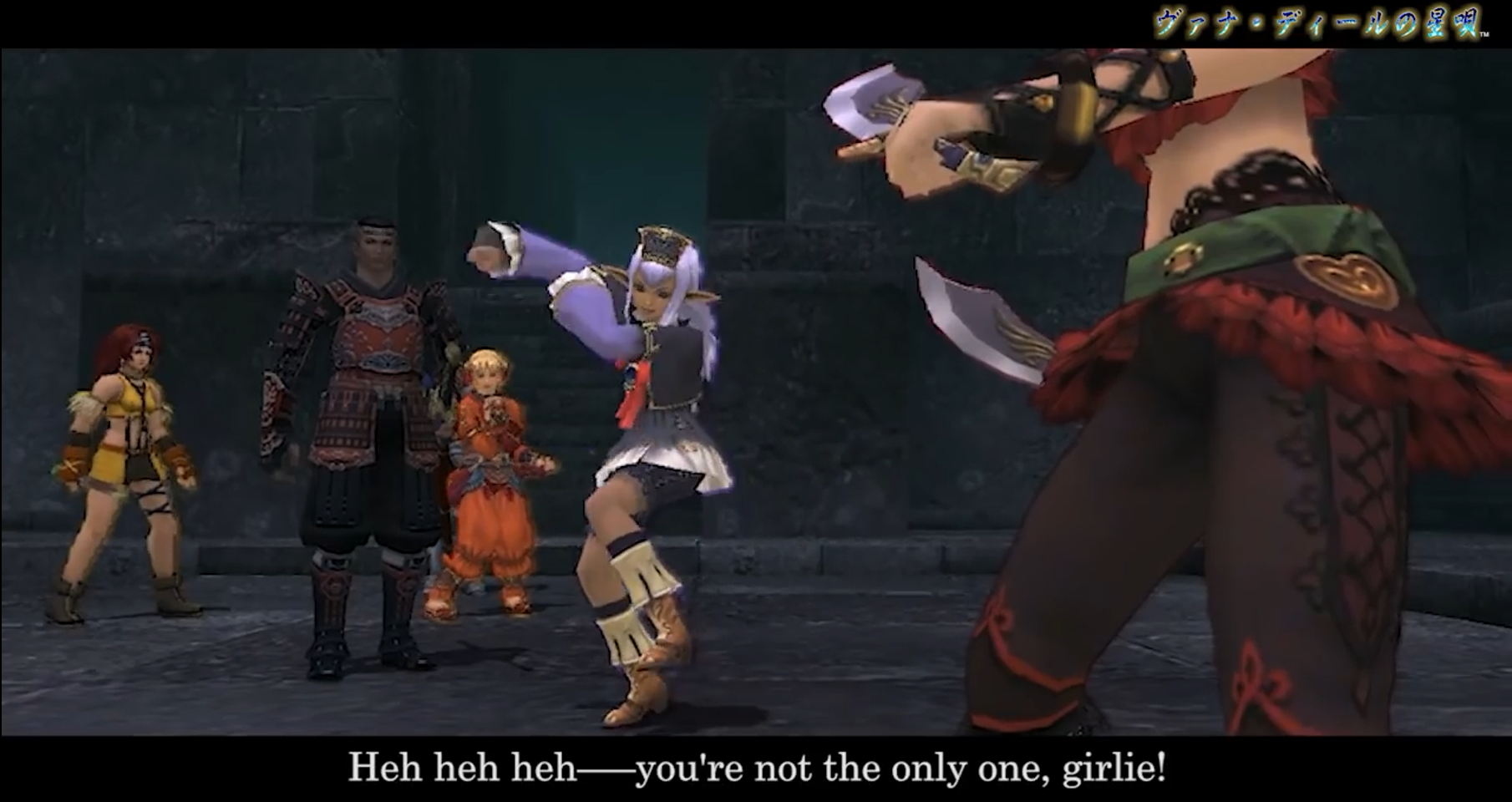 I've said it many times, but I'll say it again. Final Fantasy XI was a way of life for me. If there was one game I felt an obligation to beat, it was that. I finally achieved that this year.

FFXI is an MMO with an actual ending, which I believe is a rare scenario. In 2015, Rhapsodies of Vana'diel released as a free expansion that ended a nearly 14-year-long tale. The previous expansion released in 2013, Seekers of Adoulin, surprisingly rivals even some of the best content from the MMO's earlier years.

It's mostly a story about you, the amazing things you've done and what heights you can achieve. Yet it goes to such an extreme that it feels almost masturbatory. I'll give them credit for trying to make you feel important. The player in Final Fantasy XI may as well be a blank slate. Drawing extended attention to the dead stare of your create-a-character from 2002 is laughable as the story unfolds around them.

There's a lot to be said about the successes as well as the failures of Final Fantasy XI's story. It's a shame that in the end they tried so hard to appeal to the player that it becomes almost cringe-worthy.

I'm Still the Only Person who Owns Super Panda Ball 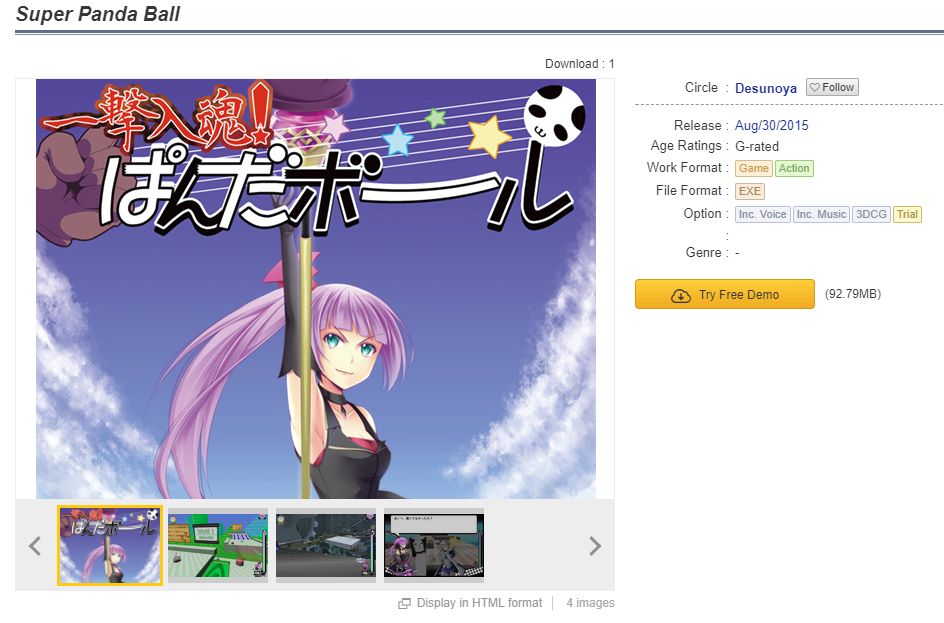 Hooray! The Blood of Freedom Wars Rises Again... Wait, Not Like This! 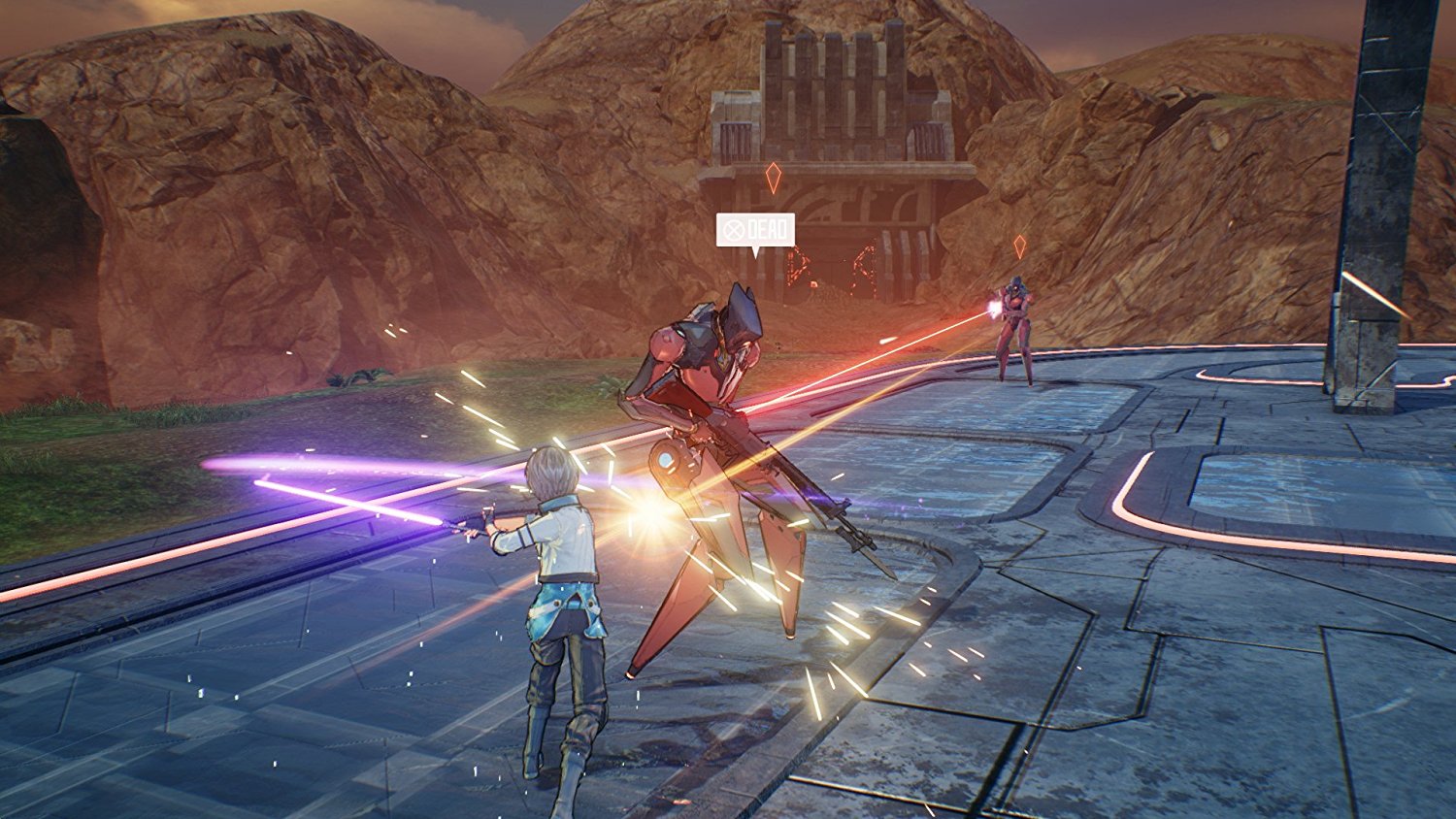 Sword Art Online: Fatal Bullet was announced this year. From the beginning, it looked suspiciously similar to 2014's Freedom Wars. Well, there's a reason for that. Dimps, the developer of Fatal Bullet, previously worked on Freedom Wars alongside two other developers.

Unfortunately, Fatal Bullet doesn't seem to be shaping up. Most of its showings have been filled with technical issues, plain environments and brain dead enemies. I'll pick it up, but I don't have a ton of confidence in it delivering. I guess at some point, with a name like Sword Art Online on the cover, you only need to go so far before additional work doesn't lead to more sales.

One of the other developers of Freedom Wars, Shift, is currently working on God Eater 3. It's their first new Monster Hunter-style game since Freedom Wars came out. Maybe they'll bring forward some of the lessons they've learned from the project. 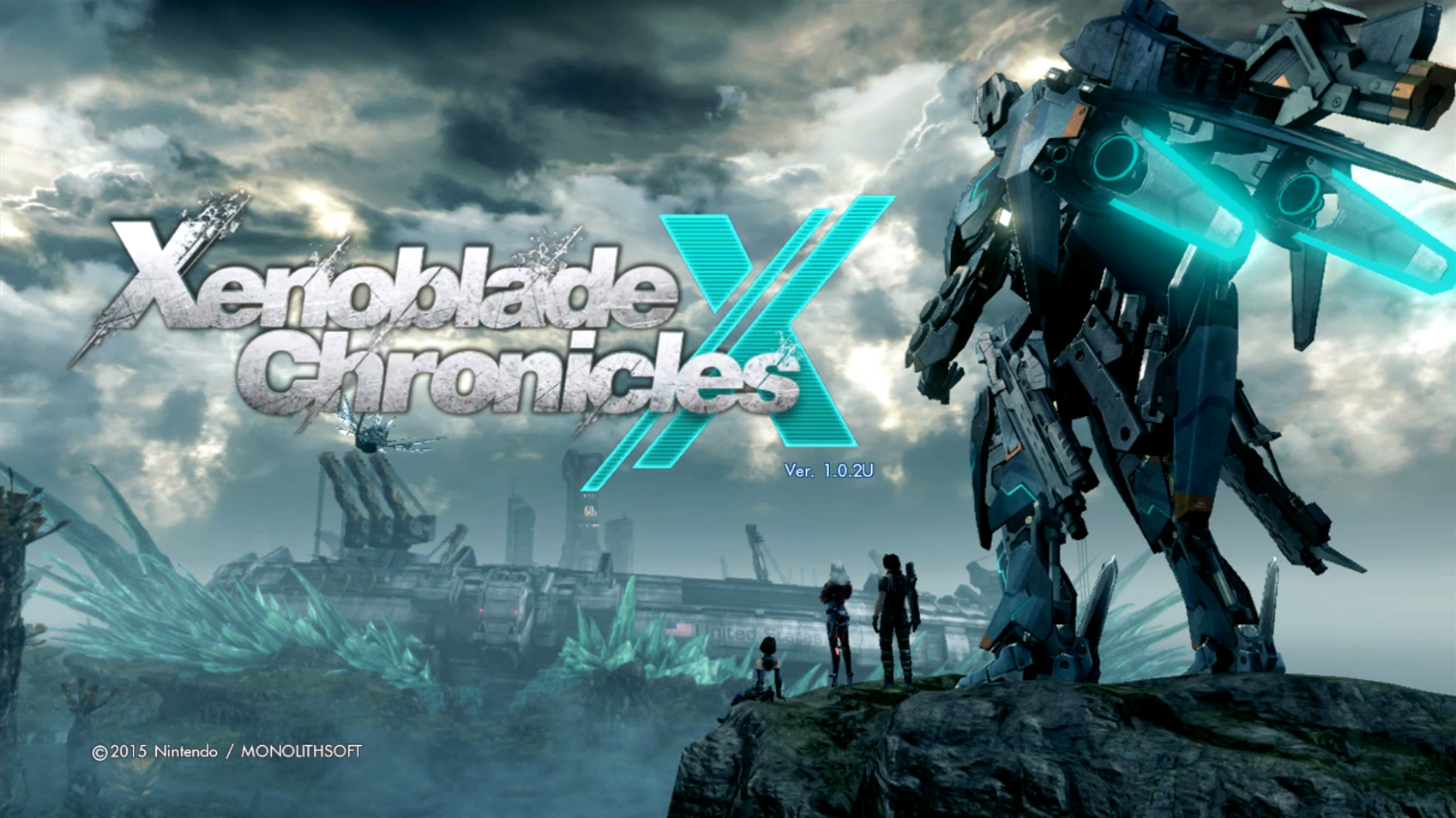 I'm hoping next year will be a lot of me pursuing more JRPGs. I've built up a terrible backlog and need to go hard on wrapping up a lot of lose ends, like Final Fantasy XV, Monster Hunter Stories, Xenoblade Chronicles X and many others.

I'm also planning on trying to get more into new releases next year. It's hard to say how much of it will come into fruition as articles or videos. Sometimes I have nothing to say about a game, even if I enjoy it. Player Unknown's Battlegrounds is a good example. It can also take months for me to really parse out what I want to convey. 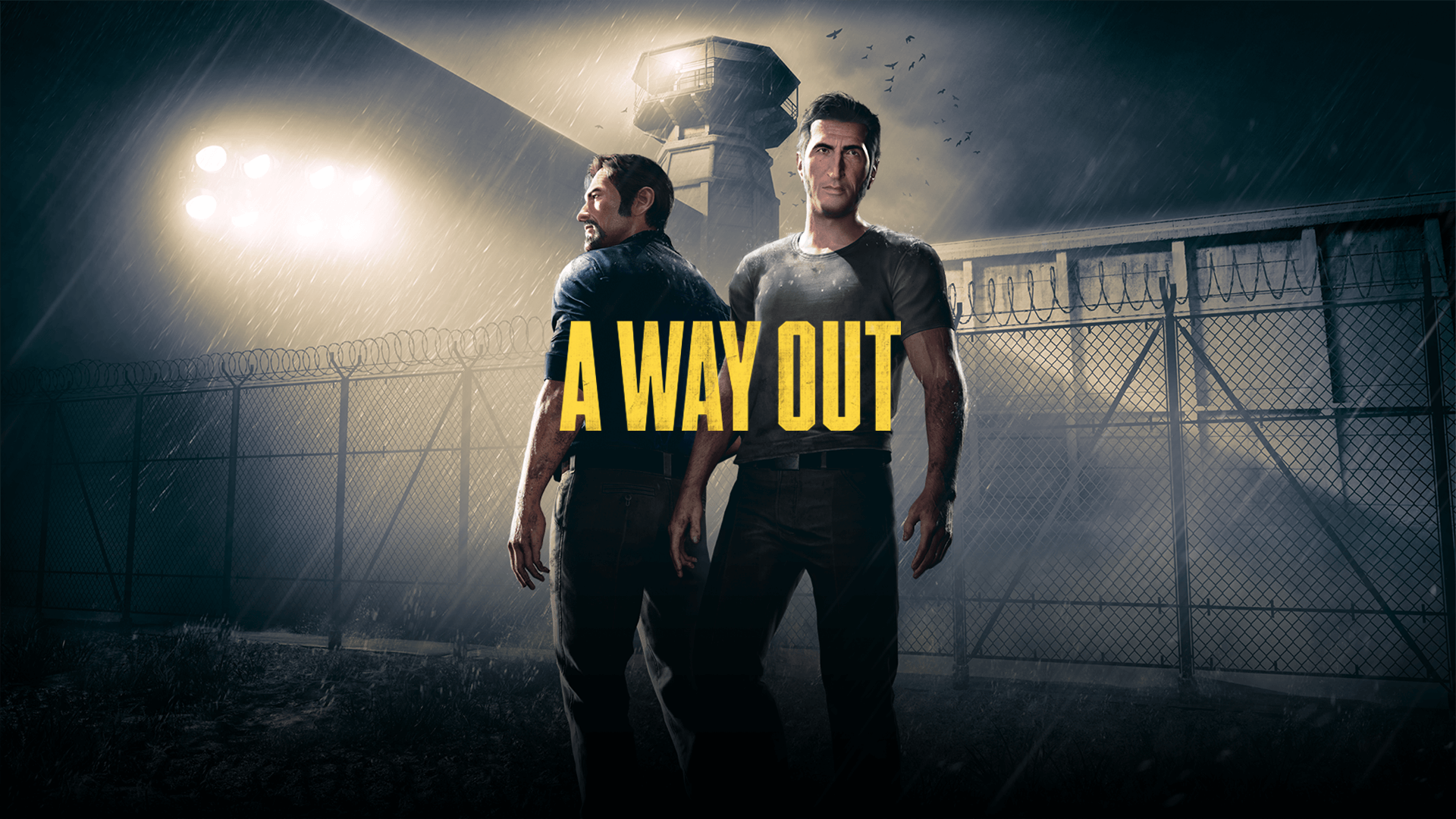 There are so many people out there covering games as they are released that it's hard to see the value of me trying to rush something out. I can't say you'll see any major differences even if I do succeed in this. For now, I'll continue to focus on writing about titles I feel like I can add a new perspective on.