These are the games I played in 2017.  This is supposed to be a foreward, but then I started drinking and wrote this last.  So technically, this is a drunkblog, yaaaaaay.  Anyway, enjoy.

I love love love this game.  What a great way to start the list.  The biggest hook to me is the ability to teleport between shadows in an instant.  It’s an awesome traversal mechanic, and allows you to backstab enemies that are walking towards you in the most satisfying way.  With the exception of the arrow stage, I think I loved every level in this game, and got all the achievements on PC - something I hadn’t done in a long, long time.  Fantastic art style, lots of replayability, and one of the most fun and empowering stealth games I have played.

Did not beat this one, but am not returning to it.  The grade reflects my personal feelings on the game, as I understand that puzzle games aren’t my thing.  Its funny what hype can do, you know?  I hate fighters, but I bought MvC3.  I dislike most puzzle games, but I got the Witness.  Everyone saying its good just doesn’t make it click for everyone.  Anyway, I found the puzzles too obtuse, and I was able to solve some through methods that I didn’t fully understand.  To use a walkthrough would be to ruin the point of the game, so I had to settle and say “I am either too dumb or too impatient”.

Crypt of the Necrodancer:  A

Roguelikes are my jam, and I was a DDR kid in high school.  Combine the two, and bam, this game.  I’ll be playing it more and more for sure.

I was really enjoying this one until I came to the realization that its a clicker, then I started hating it.  So hear me out:  you grow crops to make money to buy equipment to go through the mines to get jewels to get equipment to grow crops.  It just felt so...pointless.  So I sought out and end game, and it is to restore the community center, which means you either keep grinding away at it hoping to find out where the mystical sea bass is, or you look up a walkthrough and curse every fish that isn’t the sea bass caught in sea bass season.  I really enjoyed the time where I played it mindlessly, but after I started looking for purpose in my actions, I lost all meaning.  Abigail is the best waifu, though (although she reminds me of my brother’s girlfriend, and that, my friends, is a long story).

There is no way I can look at this game fairly.  Nier was, and is, one of my favorite games ever.  So any follow up has to be compared to that, and Automata fell flat.  Mechanically, its a better game - much more fluid, way better looking.  Some characters were charming, and the plot was interesting, but it just fell flat for me.  I kept waiting for something to happen similar to the first one that would contextualize the actions that I was taking, but everything was just at its surface.  Questions that I had left unresolved, characters left without the great backgrounds of the first.  Fanservice, both for new and returning characters.

I wanted to love this game.  I wish I loved this game.  But I just don’t.  However, I am glad it exists.

It isn’t Monster Hunter, that’s for sure.  But it was some fun times hunting monsters, so I had a good time.  Japan as fuck.

Link to the Past Randomizers: B

Wanted to throw this in there as I spent a lot of time this year doing these and had a lot of fun breathing life into another one of my favorite games.

One of my favorite things is when something executes perfectly on an idea.  I don’t care what the idea is, but if you do it well, I’m on board.  Shoot Em Up?  Sold.  Sharknado.  Yeah.  And DOOM knew exactly what it wanted to be.  Fast paced, gore, metal, demon slaying action.  I went back to get all the collectables in the game on Hard difficulty, and almost felt like going back to play on the next difficulty up.  Fantastic game.

Like what I said with DOOM, I love it when they execute perfectly on an idea.  Similarly, I like when something has soul.  Magnificent Seven (with Chris Pratt)?   No soul.  Suicide Squad?  Tons of soul.  But man, Suicide Squad was bad.  That’s how I feel about Dragon’s Dogma.  Its the Suicide Squad of games I played this year.  It has so many great ideas, so many things that could be awesome - climbing on giant mythical beasts, summoning meteors, raining arrows from the heavens, and fighting Death himself!  But all of these come off as slow, and clunky, with a terrible checkpoint system, awkward design decisions, and dated looks.  I would love to see a sequel built on the promise of the first game, but this is rough around the edges.  That being said, give it a go!

West of Loathing:  A 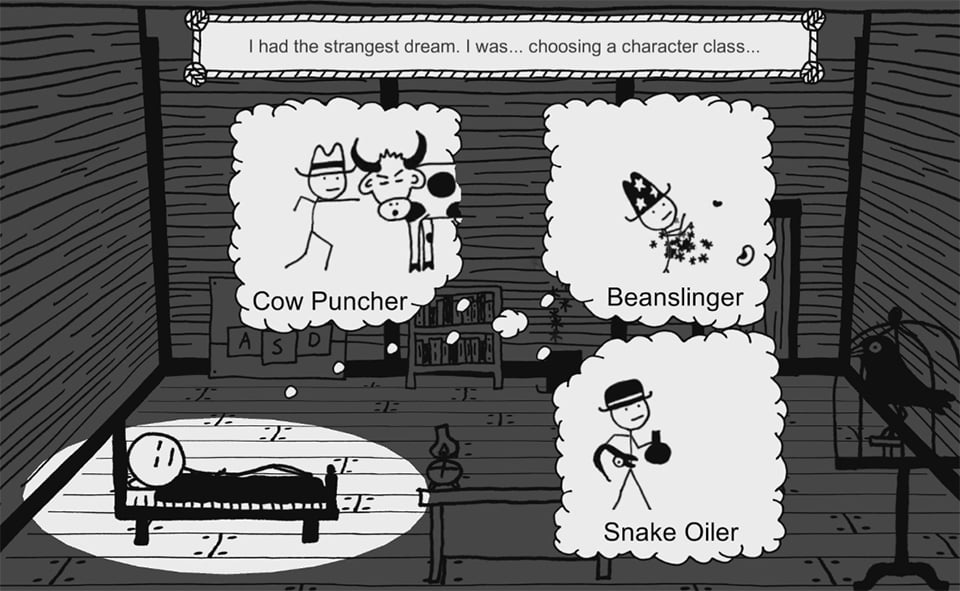 I loved KoL back in the day, so seeing that they made a new game piqued my interest.  This is genuinely one of the funniest games I have played in a loooong time.  The writing is consistently hilarious, and also completely PG.  The gameplay itself reminds me of Fallout New Vegas in the best ways (skill checks and character builds).  The progression stumbles at times with wonky difficulty curves, and repeat playthroughs aren’t all that wonderful, but the game itself is an absolute treasure, especially for its budget price.

I was always afraid of this game, because unlike other games, you can lose.  Take Dark Souls for instance - no matter where you are, you can get back to safety.  You can grind up levels, change your build, and overcome the challenge.  Not XCOM, baby.  You don’t plan ahead in the beginning of the game, you are just straight fucked.  GG, re?  And for many, myself included, this mechanic is terrifying.  But in practice, it adds so much replayability in exploring the options that you can take while still surviving, and trying to find optimal builds.  Every action you take in the macro is a sacrifice, and every moment you take in micro is a gamble.  Its high stress, and I have to say at the end of the day, I loved it. 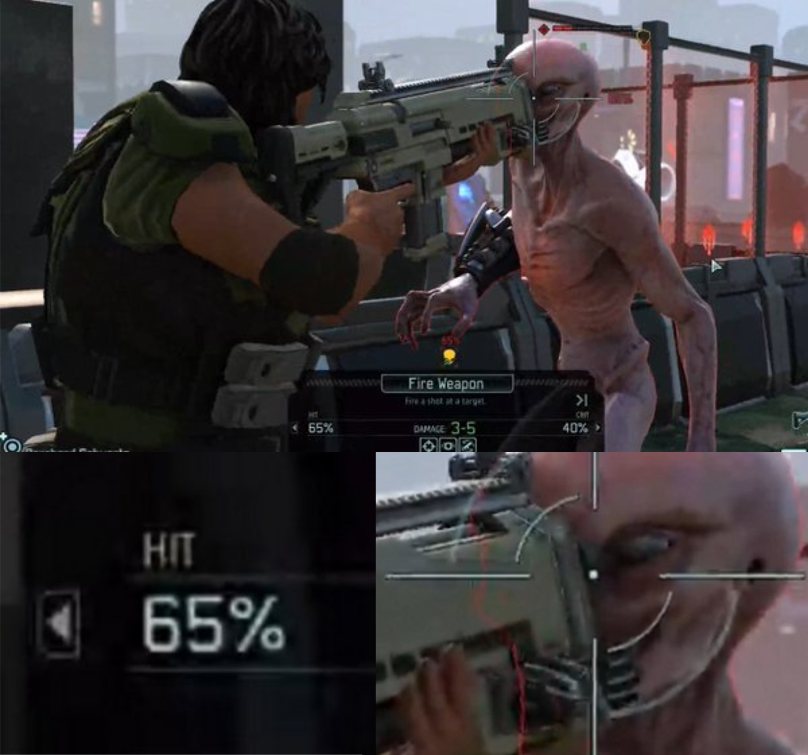 Fuck this game.  Fuck the dice rolls.  But also, I put like 80 hours into it, so I guess I liked it.  It felt like more bullshit than the first one - every new enemy made me mad for a solid two days until I could reflect and/or read up on how to beat it, and then come crawling back.

This is one of the best VR games I have played.  It was so immersive - you walk through a highway with cars, and instead of there being a loot option on the cars, you have to open the doors, and look for anything to take.  And I mean you physically open the doors, walking car to car.  You feel the cold panic of trying to line up shots as a horde of zombies approaches.  Actually having to aim down sights and lining up your shot in a panic is really eye opening to how much I would suck shit with an actual weapon.

I played this before I got into XCOM, and it was responsible for pushing me into playing it.  It is a simplified XCOM with aiming similar to an old school Tank flash game or something like that.  Deep strategy, a charming soundtrack.  I love it.

I am spatially dumb.  It is one of my worst skills.  So I wanted to learn tetris, and thanks to this game I did.  The controls on the JoyCons are wonky sometimes with slamming down blocks, and I still suck at Puyo, but I had a lot of fun learning new Tetris mechanics.  When I go back to NES though, I am god awful

Breath of The Wild:  B

I wish I liked this game more than I do.  It has such attention to detail, in every single aspect.  Anything that should work, does work.  But it just doesn’t feel like a Zelda game.  I miss some of the structure, and some of the ease, honestly.  Still an amazing game.

Get to the fun parts!  Again, well thought out, wonderfully executed, but just wasn’t what I wanted with a Mario game.  If someone sold me a 10/10 taco, but I ordered a hamburger?  That would be this Mario.

I think the hordge mode is the best part of this, an even still I find myself yelling at 10 year olds who don’t know to bomb the boss they tell you to bomb in the tutorial.  The PvP is fine, but I dislike PvP shooters these days, and it was odd to be able to focus on that or a more PvE focus of just...painting the floor.  But I never knew when my team was winning a match.  I couldn’t point to a strategy or a methodology as to why we were ahead, or what the ‘meta’ was in the game.  Long story short, I swore at a kids game.  A lot. 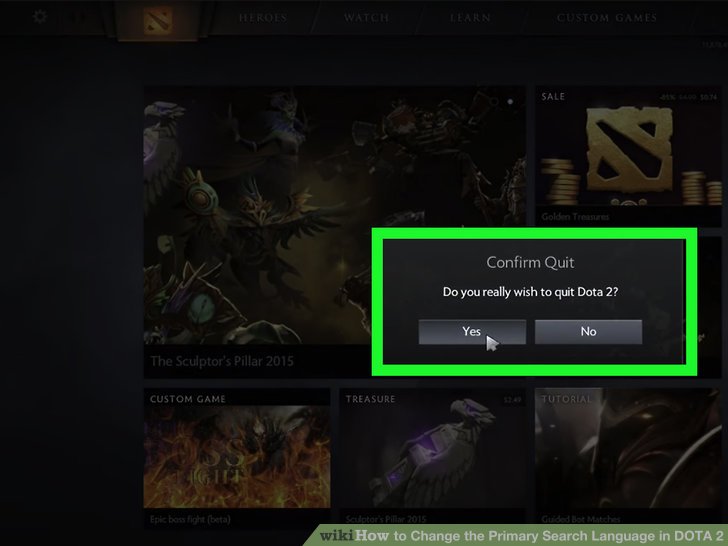