Now this is a story all about how
My life got turned, flipped upside-down
And I'd like to take a paragraph, just keep your eyes peeled
I'll tell you how I made offerings to Falcom's financial yield

Over the past few years (No clue how many exactly, the passage of time is but a mystery to me.) I've transitioned from knowing nothing about Nihon Falcom to dedicating a major part of this year's game time to their games as well as speaking up about them as often as I can get away with.

It was more or less a happy accident. As I was putting together my first gaming PC a while back, a friend of mine sold me some game codes for dirt cheap. These included the Last Remnant, Dark Souls and Ys 1& 2 Chronicles. The first two were butchered something fierce by the integrated graphics card I had at the time, but Ys 1 worked. 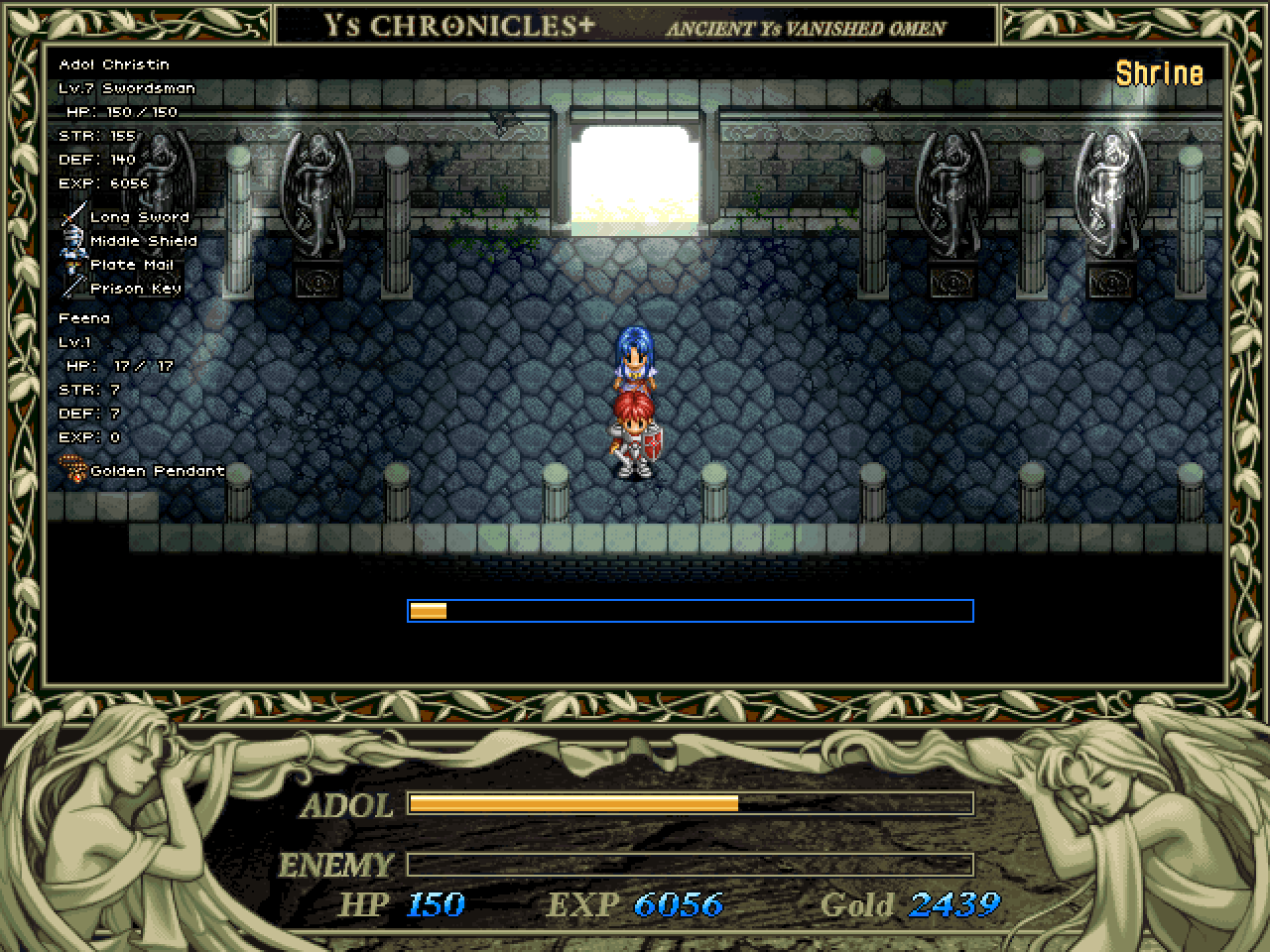 It was strange, like a game out of time. I couldn't discern its age properly. After looking up its port history, I became much less confused. If I recall correctly, the game is like a port of a port of a remake of a port of a port, or at least something in that direction. Maybe even more convoluted.

I didn't play it for long, as the game didn't really click for me. The bump combat felt awkward and the story seemed lame. The things that stood out to me were the artwork and the awesome field music.

The image of the main character Adol running around at high speed eviscerating monsters appealed to me, so I returned before long. The game turned out to be much shorter than I thought and quite easy, save for the bosses. The final boss in particular was a complete bastard. He felt barely possible on normal thanks to the heavyily randomized elements in the fight.

I jumped straight into 2, which is basically the second half of the story cut for space back in the day. It had easier bosses and more gimmicks and story, plus a new magic system. I think Ys 2 cemented my love for the series, but Falcom hadn't completely entered my heart yet.

Seeing as the series had more games, I decided to try those out as well. I can't remember if I played the SNES games before the 3d PC games, so let's pretend I did. Ys 4 on the SNES is more or less a shabby port of original PC version. Otherwise, it's decent game, but I'd much rather have the remake ported to PC. 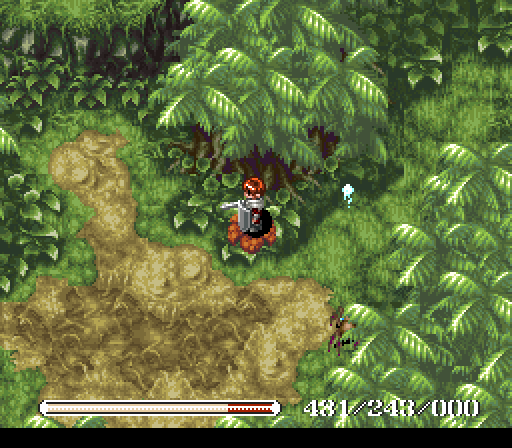 Ys 5 originated on the SNES and it shows, since the spritework doesn't look as downscaled as Ys 4. It's the end of the bump combat games and the series' first try at normal action combat. It's quite slow and easy, so it's not as fist-pumpingly awesome as the prior games.

Then we have the 3d games, which are a bit of a bother to order. 6 came out before the remake of 3, and I can't recall which I played first. It matters little, since they are so similar. What does matter is how much fun it is to run, jump and slash around those games. Not to mention how awesome the final boss theme of Ys 3 is.

I also played the prequel Origin, which is a nice companion piece to the first two games and sort of pseudo-remake thanks to the returning bosses. It introduced new playable characters and some really tough bosses. Also, Yunica is a treasure. 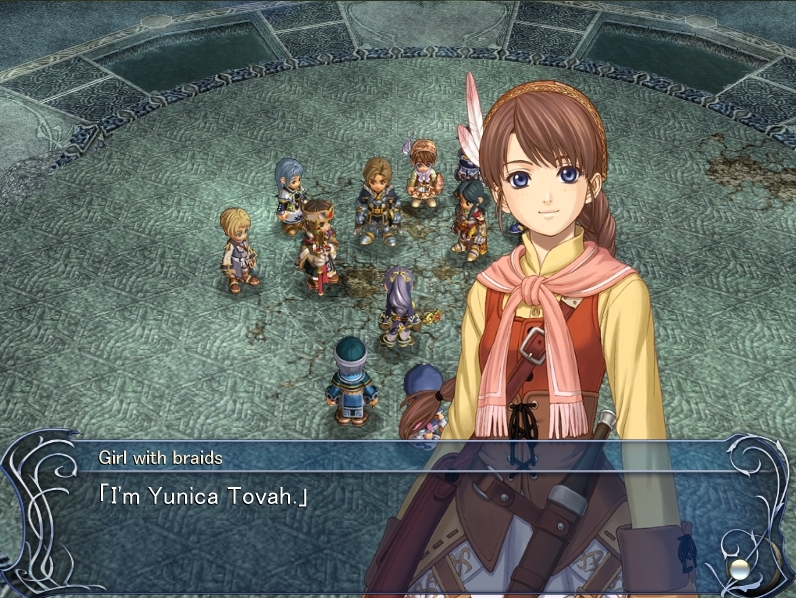 With that thirst satiated, I went ahead and tried one of Falcom's more unique titles, Gurumin: A Monstrous Adventure.

It's a really weird, cute and charming game. It's a platformer, but it doesn't feel like any other one that I've played. The best way I can describe it is very bouncy. That description extends to the story and world as well. It's very upbeat and colourful, with some hijinxs sprinkled about. 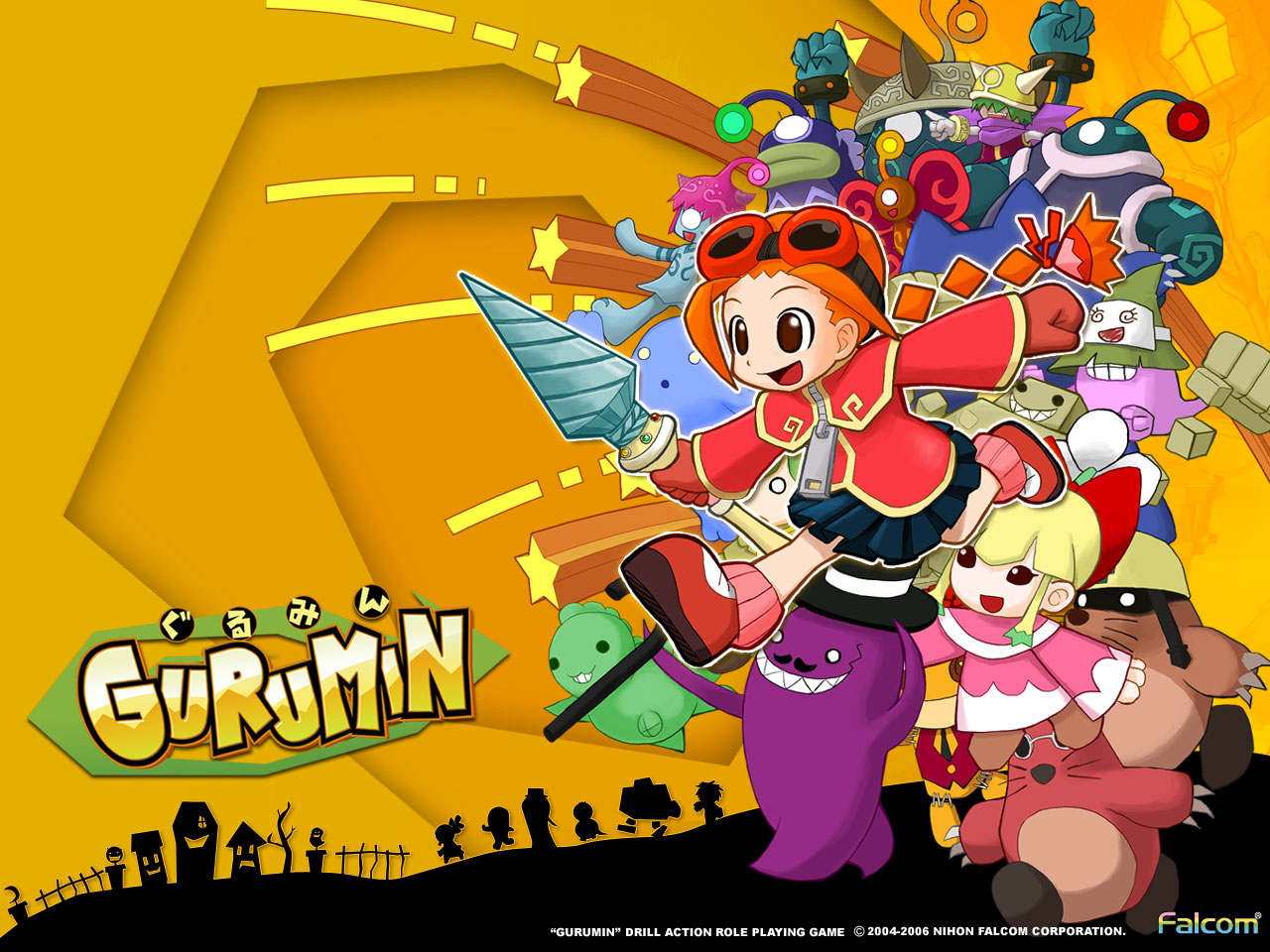 The main character Parin is very fun, she tries to make friends at every opputunity as well as make sure to beat up bad guys with some adorable attitude. She also uses a giant drill and can dodge black holes. It's pretty rad.

But then, it was time for some Legend of Heroes, Falcom's brilliant JRPG cashcow-franchise. I had sat on copies of Trails in the Sky FC and SC for a while and finally dove in. It was an awesome, but timeconsuming experience.

Where Ys prides itself with action, LoH is all about the characters. And by Aidios, are there a lot of them. I could probably name two dozen of them and their individual goals and quirks. 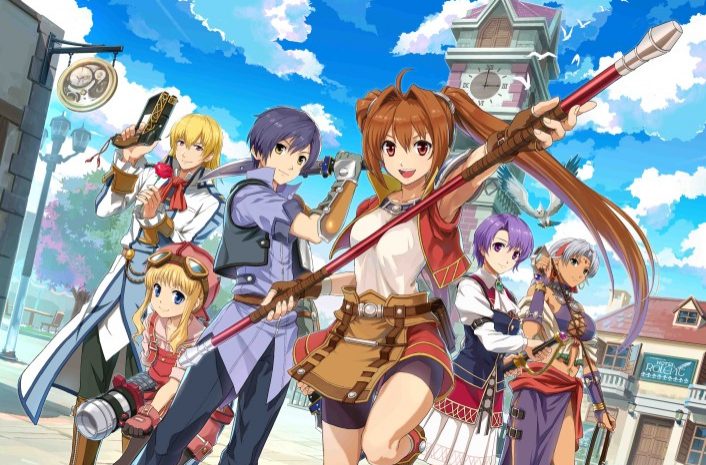 But in order to get all that, you need to endure HOURS of build-up. It's all good content, but the sheer amount of it is a bit disheartening. Once the first game ended, I was slapped in the face with a cliff hanger and had to resume the story in the second game.

As luck would have it, 3rd Chapter came out not long after I was done with SC, so I jumped on that too. And boy, was that a journey. It's about 20 hours shorter than its peers and contains extra backstory for just about all characters in the other two games. One playable flashback is like 45 minutes long!

And as a bit of extra fun, it contains some quite direct influences from Silent Hill. Hell, there was even a certain scene that went further than anything Team Silent have ever done. It left me speechless for like 2 minutes, it was that disturbing. Thankfully, the scene served its purpose and gave extra context to prior events, so it wasn't just for shock. And people say games can't make you feel!

Yet another thing 3rd did was set the stage for the next sub-series, Trails of Cold Steel. The two PS3 games were almost impossible to get a hold of, but I managed it, somehow. Gameplay is largely the same, but its set in another country with a mostly different cast. 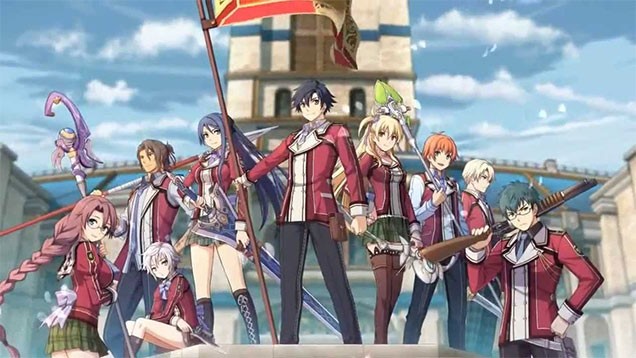 It was a slow burn, as expected, but I managed to get really invested after a few chapters. The whole game is about a military class getting to learn more about their diverse country alongside the player. The amount of work they put in to set up the story is staggering. It all pays off in giant cliffhanger that still feels fulfilling.

I soon started 2, and that's where I'm at currently. But this isn't the end, oh no.

It seems like the Cold Steel sub-series will contine for a few more games, and the overarching LoH plot has material for decades if I understand a scene in 3rd correctly. I have the other PSP LoH games to get to as well. Not to mention that we might get the Crossbell duology translated too if we're lucky.

I also bought the recent PC port of Ys Seven, which has a new party system I'm curious about. I aim to get 8 once it hits PC and isn't a machine-translated mess and I bet that the remake of 4 isn't far off either.

Not to mention that I'll probably get Zwei 2 for Christmas and then buy Zwei 1 as soon as it's out.

You know what Falcom?