The video game industry is a fickle one. Games get proposed, games get made, but a large and unseen mass of games never get the chance to see the light of day. Tonight's top 10 will explore the ten games that were proposed, hyped, and then subsequently cancelled like Chevy Chase's talk show career.

Tonights list is all about the games that time just forgot about, and most likely none of us will ever get the chance to play these "what might have been" titles. Catch you at the end. 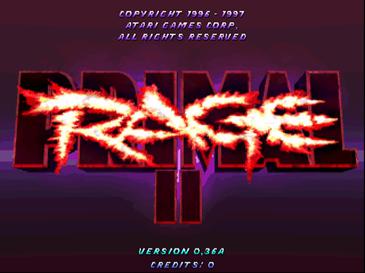 The Primal Rage series was lost in the glut of similar games that came out around the same time in the arcade. Let's see you had: Bloodstorm, Time Killers, Mortal Kombat, and Killer Instinct to name a few. Cool thing about Primal Rage is that you either played as a dinosaur or as a giant ape! Good shit right there man. The arcade game was mildly successful, which guaranteed a sequel but alas, it was cut in the middle of production. Oh well, not a big loss really.

This PS2 shooter would have answered some questions for me that were leftover from Aliens, too bad it didn't survive. The story was pretty straightforward FPS, a team of marines sent to recover the ship "Sulaco" from the movie Aliens, a week goes by and they make no contact. Its up to YOU to figure out what has happened.

About the only game that I wanted when the Wii came out. I can vividly remember the sales guy at Gamestop trying to get me to put a preorder on a copy. Luckily, I am still without Wii, and without this game. Too bad though the premise seemed neat, you swing a hammer to hand out beatdowns using your wii-mote. Whoo! Call me John Henry cause I'm pound some bitches!

Arika did all of the Street Fighter EX series of 3D fighters for Capcom, however this one never made it past play testing due to negative response. In this day and age I am craving some Capcom glory. I would have jumped at a chance to fight Strider Hiryu against Batsu from Rival Schools fame! And all of it would have been done in 3D!!! I'm just kidding, I prefer 2D fighting games myself, though I give every game that Capcom makes a fair shake. 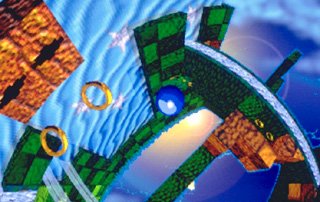 I'll have to admit, I've never played game one of Starcraft...there I've said it. This potential IP that Blizzard was making had me thinking that I'd have to give it a try. Sure, it seemed to be a Splinter Cell in Space type of game, but it would have been great to have another game that featured a female character as a lead. I'm a big fan of positive female role models.

Who doesn't just absolutely love Earthworm Jim. Well, Sony didn't, because a PSP version of his story magically disappeared from the radar. It was going to be great, it even had Dan Castellaneta returning to his voice acting, Professor Monkey-For-A-Head, and Evil the Cat, c'mon EVIL THE FREAKIN CAT!!! It makes me a sad sad panda that I'll never have portable Jim...*sniff* wait I take that back, just have to find a Nomad then I can play my Genesis games on it, bonus!!!

This more than Final Fantasy VII was the reason that I picked up my Nintendo 64...and was forever pissed at Nintendo, I still haven't forgiven you entirely Nintendo! Too bad really, the game looked to be really promising and was going to include audio dialogue, great scaling and rendering, and open ended gameplay. I would have played this more than I played the other Robotech games we got instead. I'm gonna go over here and cry about being lied to by Nintendo.

EA you bunch of assholes, all this game was was just a bunch of Low polygon count people doing horrible things to other low polygon count people. This game was unique for its time thanks to the four player fighting aspect, and it had a Gimp in it, yes a gimp! "The Imp", midget wearing stilts, was originally named Senator Lieberman in defiance to an asshat that has been pushing censorship long before we had Jacko.

Man Sierra, you used to have such witty tongue-in-cheek games like this populate your roster. Subtitled "Return to Roman Numerals" only because Space Quest 6 used a number instead of Roman numerals, that's pretty fucking funny. I would love to see another game featuring everyone's favorite space janitor Roger Wilco, or at least another King's Quest, or how about another Willy Beamish? It's too bad that Sierra won't take the time to explore it's roots and release a few updated versions of these games, I'd be a serious PC gamer again if I could get me some new point and click adventures.

Well, hopefully some of you out there are feeling about as sad as I feel right now. Looking at this list just kinda bummed me out that some of these games are never going to be made, or distributed. Oh well, at least we have a whole bunch of quality games to last us right?

Are there any games that you were bummed to find out were cancelled? I'd like to hear your opinion, and as always, if you have a suggestions for a top 10 that you'd like to see, just let me know. Thanks for reading!
#Community
Login to vote this up!