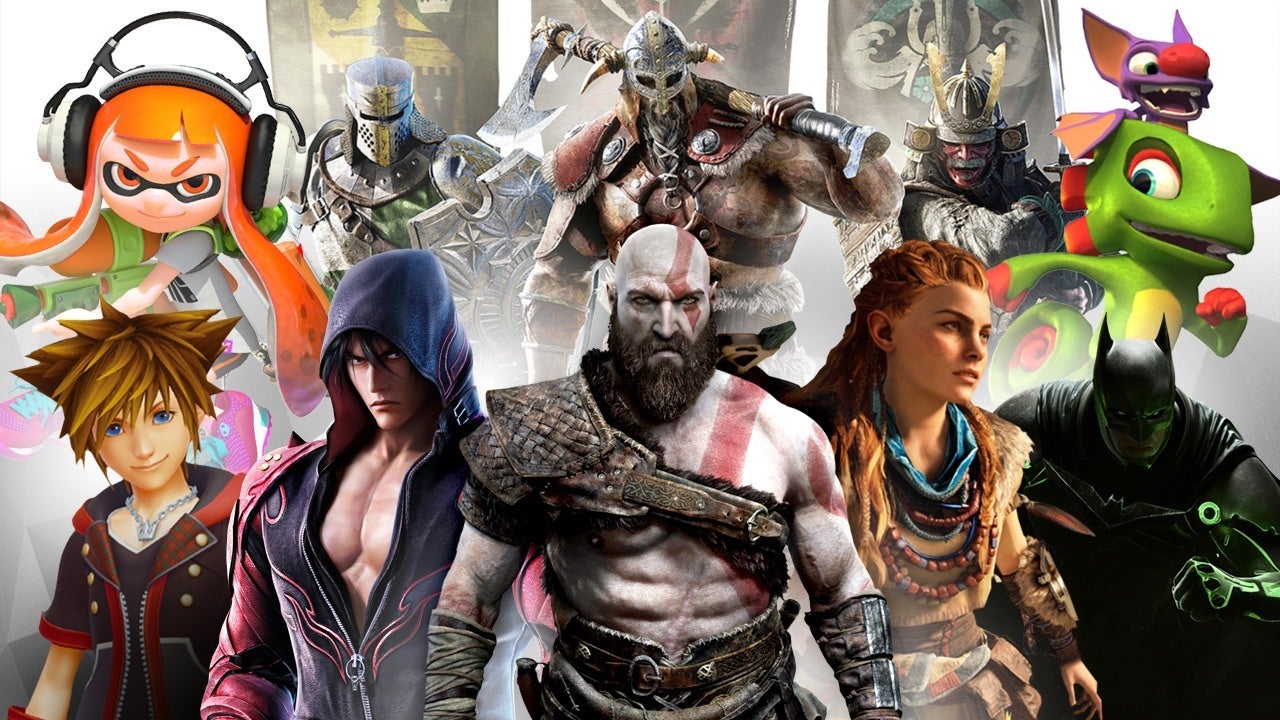 Not all about loot boxes and bullshit

Hey gang! 2017 has been a hell of a year for gamers. I mean, how about that Nintendo Switch?? Let's be honest, nobody knew what exactly would happen with the big N's poptart tablet, but man, it's been an absolute delight! Microsoft has even made a recent push with the launch of it's Xbox One X, the most powerful console ever made (so far). It's all about the games though, and I've prepared my top 5 games of the year, though only one will earn my legendary, Konata Seal of Approval. Let's dive in, shall we?

Again, we've seen a lot of absolutely terrific titles this year. I have to acknowledge these 3 games though, as they are, simply put, must have/must play titles that really helped to keep the entertainment coming this year. My 3 games earning honorable mention for the year 2017 are: Resident Evil 7, Sonic Mania, and Pokemon Ultra Sun/Moon. Each of these games really made a strong impression on me this year, and had the number of blockbuster titles been any less, they could have easily made my top 5. However the least I could do was link you to their respective trailers on youtube, and highly encourage you to check them all out sometime. Now without any further ado:

Persona 5 is an absolutely brilliant jrpg, one that takes many of the finer aspects of the series, and fuses them with some new tricks and roles that give it it's own unique flare. P5 does a fine job of keeping things familiar with series veterans, yet it also does a great job of welcoming newcomers as well, and imo, does so better then any other entry. The characters weren't the most memorable in the franchise (no, I will not go to sleep Morgana!!!), but they were all fun and I found myself wanting to learn more about them as the game progressed. Granted, this game didn't truly hook me until about 50 hours in, but the fact that it kept me hanging in there the whole way is a testament to how engaging and fun it really is. Oh, and the soundtrack? Yes, yes please.

Super Mario Odyssey is for me, the best entry in the Super Mario franchise since Mario 64. With gorgeous visuals, tight controls, and a packed to the gills with content, this Mario game stands out above all other platformers this year. Odyssey encourages you to explore throughout the entire game, and rewards you for your curiosity 90% of the time. There's a ton of coins, moons, and collectables, and if you're a true fashionista, you can deck Mario out until you find the perfect outfit to tickle your fancy. While it can start to wear you down, the game is so light hearted and easy to pick up and play, that you'll find yourself going back to it time and time again. An instant classic, it's great to see Mario has still got it.

Nier: Automata is so very good, and in so many ways. While I've never played the first Nier game (nor do I really intend to), this game will pull you in, hook you, and still leave you stratching your head at the very end. That's not all a bad thing, however - part of the appeal to Automata is the mystery, and trying to make sense of it. The animation will leave any anime-eque fan drooling, and the gameplay is fast, frantic, and exciting. Visually, the game is absolutely gorgeous, and while I gave mad props to Persona 5 for it's soundtrack, nothing even came close to the creative and gorgeous soundtrack of this game. It's hard - very hard, to make this game my number 3 this year, as for many it could well earn GOTY honors, but let there be no doubt I couldn't be any happier to have experienced this crazy, wonderful fantasy game.

You can imagine how surprised I was to come across a Team Ninja/Koei Tecmo game that would entice me, in a similar manner to From Software's Soulsborne series...only, better. Nioh brings all of the challenge of a Dark Souls game to the table, with a formula reminiscent of the Dynasty Warriors series. It's hard, and at times, it can seem outright unfair. The gameplay is fast paced, and rewards you for your efforts in a way other games don't. Including a loot system of common, uncommon, rare, and super rare items only makes it all the more addictive. The bosses aren't the most memorable, however you will find yourself throwing your head into the blade of your enemies time and time again until you finally come out victorious. Indeed, I was very taken offguard with how great Nioh was, but it's an absolute gem, even if we never see another game quite like it from Koei Tecmo again.

Are we there yet?

All of these games are absolutely terrific. 2017, despite being the theoretical 'Year of the Loot Box', has graced us with many wonderful stories, challenges, and life-learning experiences. I can't remember the last year that hit us with this many wonderful games all at once. Each and every one is worthy of honors and recognition, but of course, only one game could earn the highly touted, honorable Konata Seal of Approval...

Number 1: The Legend of Zelda: Breath of The Wild (Nintendo Wii U, Nintendo Switch)

For some, a true masterpiece in gaming comes but once in a lifetime. For me, that game may very well be The Legend of Zelda: Breath of The Wild. Instantly, many will mock this pick due to the temporary weapon system, and steep challenge of the stamina and health system - I however, will praise it. You see, Breath of The Wild brought a whole new system to the Zelda universe, with a higher level of challenge, and a vast, beautiful open world unlike any game in the series before it. All the while, there is a deep and meaningful story to be unfolded. Many gamers have criticized the game for lacking such a story, however the trick, as with many elements of Breath of The Wild, is to dig a little deeper and find it. The game is everything you want it to be, nothing more, nothing less. You will get everything that you put into it, and then some. I never felt more attached to Link as a protagonist, nor his counterpart, Princess Zelda. I was lost, time and time again in a beautiful world that never ceased to leave me breathless. I was constantly challenged, and often times rewarded for that effort. Never have I felt quite so fulfilled by a video game as I have completing Breath of The Wild, and when you put all of it's elements together, I couldn't possibly pick a more deserving game for my Number 1: 2017 Game of The Year. Congratulations, The Legend of Zelda: Breath of The Wild, you've earned it! Thanks for reading everyone, I hope you found my 2017: Game of The Year wrap up to be insightful. Feel free to share you thoughts in the comments below, and as always, thanks for dropping by! Happy Holidays!