The End For Me

This morning, I rode the bus to work listening to teenagers shouting about touching dicks with half an elderly Mexican woman clutching a sack of potatoes in my lap. I tried not to get a boner, tried not to kill myself, tried to focus on my phone. On the one place I knew I was safe and free--Destructoid.com.

And that's when I saw something amazing.

The artistry of the blog I read was impeccable, the subject matter somehow at once timely and timeless. The detailed deconstruction of writing conventions was exquisite. Simply, I was in awe.

And you fuckers killed it.

I tried to stop you. I drew my line in the sand. I raised my voice. And if there's one thing I do, I keep my promises. I'm sorry, Lancybragg. You were too young, too beautiful for this world. You never realized just what it would do to you--how it would fuck you.

Clearly, there's a double-standard on this site where shameless self-promotion blogs like the Boss 101 account can run in perpetuity, but one that fails to meet your hipster criteria gets strewn into the gutter. I can't stand for it. I can't do this, anymore. So, as my final act on this site, I'm reposting the complete text of the blog as a memorial. Do with it what you want. I won't be around to see it.

Here's to you, my angel. 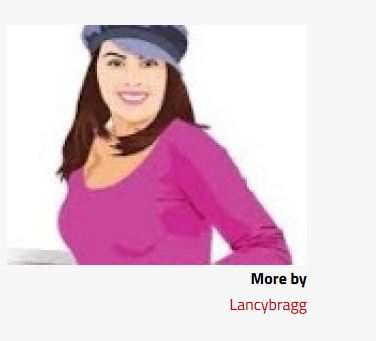 The moment when I heard that a gamed named Star Wars Battlefront landed into the market recently, I felt so rejoiced!! And, then when I bought one and had an encounter with it then it again reminded me that why I love Star Wars so much. The skirmishes that this game holds within it reveal across quintessential planets and are composed of magnificent landscapes and spacious panoramas on a huge scale.

Well, coming back to the game again, it offers an immense engagement. It’s because when I started playing this game then for the first 10 hours it swept me totally through the tormenting firefights in an accelerated rate.

Moreover, the homepage of this game is so stunning that it is having a proper balance of vibrant lighting, attractive textures and what not! I must say that the developer has astoundingly curated a gradation-based game in the form of Star Wars Battlefront which is exhilarating enough to mesmerize you at every point in time.

But, as they say, it is not a bed of roses all the time! Along with the grandeur of the game, comes some shallow experiences. No doubt, the map of the game looks stunning but the design of the same is not focused to a higher extent! The undergrowth from Endor has given this game an amazing cosmetic look but it was not successful in giving a complete cover. Similarly, the barren fields of Hoth have been successful in imparting a sense of distance of course. But, the number of creative sight lines are very few!

However, when it comes to the spectacular fighting episodes of heroes vs. Villains then I must mention that these clashes play exactly in the same way how it sounds. I just felt that the action figures of Star Wars came out of the game and became live. And, they are not sure of what to do in the upcoming moves and thus decided to get employed to violence. Also, the whole concept of Droid Run in this game seemed like a one of a kind variation of zone control in which there is an excellent shifting of zones throughout the whole match. And, then one more significant part of the game is the Walker Assault!

The match that I liked the most was the one that took place on the Endor. As I was a member of the Imperial team, that’s why I gave the utmost importance to speed while sprinting along the routes which were proceeding towards Rebel uplink stations.

Further, there are much more facets of this games which I found extremely enticing but unfortunately, I can’t keep on writing pages after pages. So, coming to an end, I would like to mention about the one more most compelling part of the game which I enjoyed thoroughly and that is nothing but the Survival, a wave-based cooperative option of the Battlefront game. Trust me! It will give you an ultimate feeling of thrill and amusement.

So, if you are a die-hard video game fan like me, then just go for Star Wars Battlefront soon! And, I am sure that you would consider it one of the best video games ever, ignoring some minor drawbacks of the same of course.

Never let the world silence you.