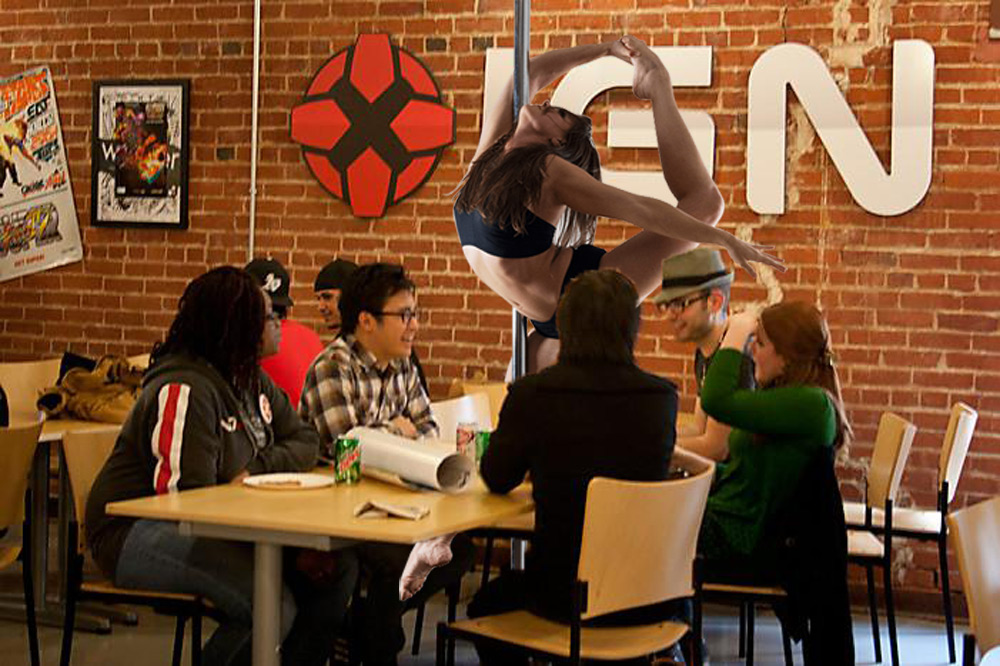 Saying it was time for a change in how the company operated, sources with IGN confirmed today it is removing its stripper pole where San Francisco's hottest girls, girls, girls will take it all off just for you.

Despite seeing some of California's sexiest college co-eds wearing next to nothing at all, employees at the media company complained the hourly shows of unbelievably hot girls getting wet and wild were a massive distraction. Beyond the workplace hazards of legs and bras flying through the air, sources say there were also complaints about stripper glitter all over the women's bathroom and the in-house DJ playing too many Black Eyed Peas songs.

"It's clear now the only Destiny we should be talking about at IGN is the hit Activision game and not the barely legal, red-headed 18-year-old who's a naughty girl that loves to shake her ass to Avicii," managing editor Todd Brinkley said as he stuffed a few singles into a g-string.

While many are sad to see it go, most say they're happy to finally get rid of the pole so management can install that grotto they've been waiting for.