6 Things You Can Lick And Counts As Gaming Fetishes 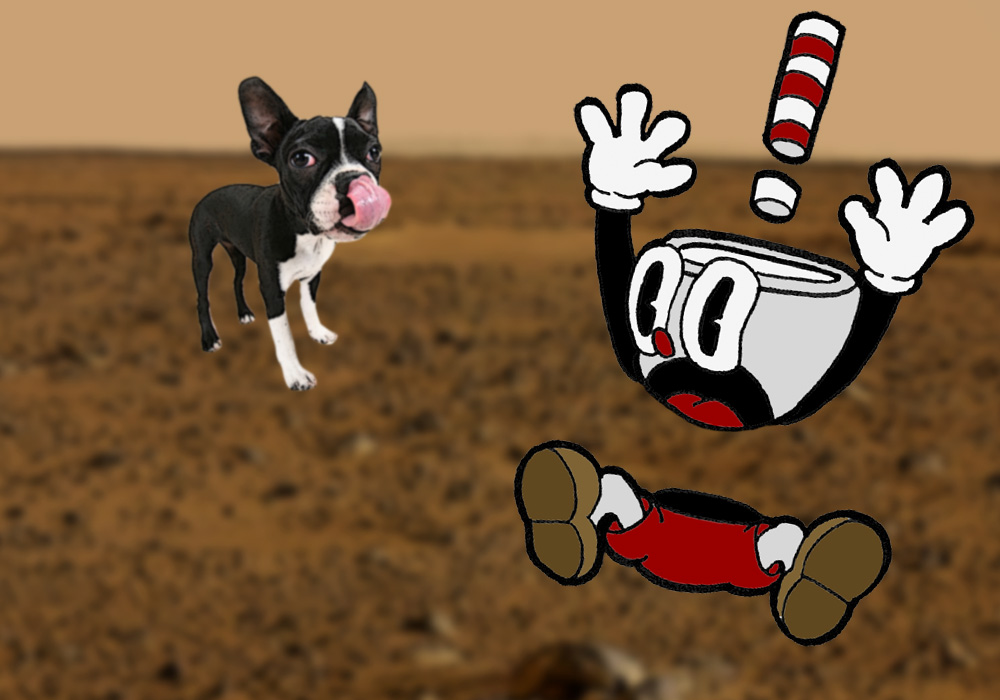 One of the aspects that makes us human is the desire and fear for those things that we don't know, however, there is a small line that we often cross when exploring next experiences and can change us forever: fetishes.

Described as the sexual attraction for objects or the nongenital parts of the body, fetishes are available in infinite ways often surprising how the human mind works. Or just killing the little hope left in humanity. Anyhow, I'm not here to teach you what a fetish is but rather about licking stuff. To be more precise, what stuff you can lick that can be classified a gaming fetish.

This will be an interesting ride.

You are relaxing in your home in a rainy evening. It is cold, so you grab a cup and start boiling water to make your favorite beverage. Your cup starts warming up as fill it with water, and you can feel your breath touching your face.

Everything is ready, but something is missing. Yes, it is your favorite straw. Your heart rate increases as soon your tongue touches the straw, and you can feel your soul warming up while the hot liquid goes through your throat.

It is an experience like any other, and the ecstasy makes you forget the challenges you still have to face ahead. But there are places the straw can’t reach, and that physical contact with the cup will make you grow as a living being. - Cuphead fanfiction

Regardless of your age, Super Mario should be a part of your life. It can be from playing the original Super Mario Bros. on the NES, a bootleg device like those MP5 players or even of those weird things released in Newgrounds, like Super Mario Bros Z.

After the release of Super Mario 64, Nintendo spent millions trying to master the art of making mustaches. Meanwhile, the rest of Japan is still trying to get jiggle physics right. Mario's six-pack rounded design. Luigi's smooth finish for aerodynamic jumping. Wario's electrical design able to shock your heart. Waluigi's refined lines that scream an elegant personality. These are some of the examples Nintendo worked so hard to achieve.

But they knew it wasn't enough and went further with the recently released Super Mario Odyssey. Just like one of the rules on Internet, if it exists, it can have a mustache. Does your dog need a mustache? Bring Mario. Are those "carstache" too ugly for your car? Ask Mario. Are you a woman, baby or just any person unable to get a big mustache? Well, just call Mario.

I hope one day Nintendo will make a formula to grow mustaches, as it is painful to live knowing I can grow a beard but not a mustache, for some reason.

If there is something I can give merit to the Sonic fanbase is their diversity... of fetishes. Diapers, feets, gore, inflation, feeding, sex swapping, muscles, Christianity praying, pregnancy, digesting, giant bodies and that other stuff that can bring the police to your door.

There are countless of toys available based on the franchise, and there must be at least one that you will find sexy. The same can be applied to Pokémon as there are countless of options to choose from, but be careful. Most of the human characters are underage after all.

Are we still talking about licking, right?

Nintendo believes that good games are the key factor for selling a console, but not even that could save the Wii U. But that didn't stop them, and Nintendo's latest console is an example of that... which is basically a handheld version of the dead console.

The Nintendo Switch already sold more consoles than the Wii U sold in two years, and is currently at half the lifetime sales of the system in just seven months. But who would believe one of the hottest topics around the console at launch was a fetish?

Nobody wanted to miss the fad for licking the bitter flavor that was in the game cartridges and some still do it today. That is only possible because most humans are not intelligent enough to learn from their mistakes or just enjoy suffering from the bitter tastes. Your choice.

2017 is, without doubt, an amazing year for those who love racing games. There has been a lot of different offerings from different publishers and developers. Need for Speed Playback, Gran Turismo Sport, Project Cars 2, Forza Motorsport 7, DiRT 4 and even Cars 3! We can also add some re-releases such as WipEout Omega Collection, Mario Kart 8 Deluxe, Fast RMX or Redout and Gear.Club.

Watching so many cars definitely brings some interest in the beautiful design behind these pieces of technology, and there is no better way to get to a personal level than cleaning these... with your tongue. But yes, I get it, the average gamer is not wealthy enough for owning a car. Or you have sold it to afford these loot-boxes, but don't worry my friend, there is still another way!. Even if you don't have a car, others do. So go out to the street and reveal the true pervert inside you!

If you have played Prey or Resident Evil 7, you may figure out what these two have in common: weird black living things that desire to kill you, and that is sexy. Regardless of being a molded enemy created by a fungus bioweapon or those hostile aliens known as Typhon, there is something fascinating about them.

I know this can be a deadly bet to do, but let's be honest, without risk there is no reward. As long as it doesn't taste as latex I'm fine.