The Most Horrifying Game of my Childhood

Hey guys. I usually try to write a blog post every Halloween, even if it's been a while since I last wrote. Unfortunately, this year I didn't quite get to it, and now that Halloween is less than an hour from being over where I live, I won't have time to have something written up before midnight. With that said, I didn't want to skip my annual Halloween blog, so I decided to dig up an old post I wrote a couple years ago that didn't get much attention. I hope you enjoy it.

That time of the year is upon us again. When the sun goes to bed before evening, and the falling foliage leaves the trees as bare as the skeleton decorations that adorn our yards. That time of year when the air grows colder, the pumpkins grow faces, and all of the department stores dig out their Christmas decor. It's Halloween, when we delve the more macabre aspects of our culture, and scares become less sinister and more celebrated.

Something about horror in our fiction fascinates me. Playing on fear brings out an earnestness in our works and in ourselves that rings different bells in our consciousness than romance or action. It's a genre of diversity, and its works have brought out emotions in me that no other has managed. I've wriggled in suspense while watching movie characters run for their lives, and I've contemplated the philosophy behind some of the more profoundly disturbing concepts in horror literature. Yet as much as they fascinate me, few if books or films have ever managed to elicit actual fear from me. That is an achievement that only one form of media can inarguably boast of: video games.

Gaming is one of the few applications of horror that accomplishes its purpose in scaring me. I believe this is because we connect with game characters more than we do others. Since we directly control them and their actions, it is easier to see our gaming avatars as extensions of ourselves. If the developer can create a strong sense of immersion, it becomes much easier to identify with what is happening on screen. This is why even the milder horror games are more potent than the most vicious of literature and cinema. I'm not just watching these things unfold around other people; I perceive them as happening to me.

It has only been in the last couple years that I have fully embraced the genre, but my experience with being scared from video games goes back into my childhood. It even transcends genre and predates the first real horror game I ever owned. I have since happily embraced those spine-tingling moments to the point of seeking them out, yet back then, one game hit me like a ghost-shaped sack of nitroglycerin bricks.

To fully understand why this game haunted me so much, let's go back to my mid-childhood. I was a very impressionably kid and had a lot of silly phobias, one of which was ghosts. It started with my father, who has always had a fascination with unknown, and loves things dealing with ghosts, aliens, and bigfoot. I vaguely remember watching an episode of Unsolved Mysteries with him one time that dealt with ghosts. The men in the episode were shown hearing voices in the night, something that terrified me. This was not an episode of Scooby Doo with sheet ghosts. It was presented as real, something that actually happened, that could really happen, and thus it cemented in my head that it was eventually going to happen to me. I would lay awake in tears expecting a disembodied growl to call my name any second.

An episode of Sightings codified it. There was a story of a haunted hotel, in which they showed a dramatization of the ghost of an old man floating outside a woman's window and starting at her at night. That episode made it worse. From that point on, I was no longer allowed to watch those kinds of shows, although I did, and they further reinforced my phobia for a while. To this day, I still refuse to sleep without my bedroom window covered.

Also around this time, I had a very good friend named David who lived down the road. We shared a love of video games. We owned a lot of the same consoles, but he had one video game system that always fascinated me. It was called the VIS, which stood for Video Information System. It was a disc-based system akin to the 3DO or the Philips CD-i. If you know about gaming history, you know these system's infamy, so imagine to yourself what a cheap knockoff of some of the worst consoles ever would be like.

He got this thing, as well as a huge inventory of games, from his well-meaning grandmother who ordered it from a catalog. All of the titles were crappy edutainment games that barely functioned. I was always trying to get him to play it with me, more out of morbid curiosity than any enjoyment factor. The sole exception was a point-and-click game where a ghost teaches you about whaling.

That's right. The most horrifying game of my childhood was an edutainment game on crappy CD-i knockoff. Ladies and gentlemen, I'd like to introduce you to The Secrets of Hosea Freeman: 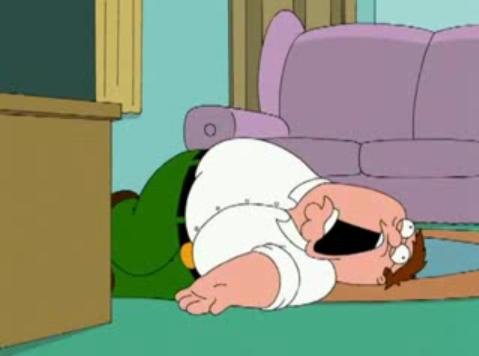 There is no doubt that the developers intended for it to be a little spooky, but in the "all in good fun" kind of way. They failed. This game absolutely terrified me as a child. Where Unsolved Mysteries made me afraid of voices and Sightings made me afraid of looking out the window, Hosea Freeman ensured that I would never sleep in a room with a mirror again. I never had one in my room as a kid, but I did have a TV with a reflective screen that stared me in the face as I slept. Once I was tucked in and the lights went off, I would roll over and try my hardest not to look at it.

And yet, as bloodcurdling as this all was, I LOVED the game. Maybe it was a sort of bile fascination where I didn't want to look, but couldn't look away, either. Adding to that was the fact that despite having some pretty major flaws, the game was actually kind of fun.

The premise of The Secrets of Hosea Freeman was that you have just moved into a mansion that is haunted by the man who built it, the titular whaling captain. He had hidden various treasures and whaling memorabilia throughout his house before he died and he wants you to find it in order for his soul to rest in peace. He gives you clues in the form of riddles that you have to decipher to locate his baubles. You "go around the house" (by which I mean flip through static photographs of different rooms) and point to things you want to check with a disembodied hand that looks like it was drawn in MS Paint. Think of it as a cross between I-Spy and Poltergiest.

I kind of dig riddles, so the combination of bile fascination and brain teasers always drew me back. The entire purpose of the game was to teach you about whale hunting. Hosea Freeman was a sailor, and the objects you searched for were always related to whaling. There was a gold coin, scrimshaw (sculpture carved out of whale bone), and a harpoon. You found the latter under your bed, which is awesome. I never absorbed the lessons; for David and I, it was all about ghosts and mind teasers.

Okay, so it's no Amnesia. While it was creepy, the scare factor came from my own young mind rather than its own merits as a "horror" title. Still, the fact that this obscure edutainment game on a historical fart of a console is so memorable to me all these years later says something about its qualities, intentional or otherwise. Some day, I'm going to track down an old VIS and a copy of this game. Some day, I will play through this game again. Some day, I will show that ghost that he can't scare me forever.