DPS queues are bad enough by themselves

I’m exaggerating a bit, but let’s be real, content in MMOs gets outdated and abandoned all the time. Related to what I said the other day, it’s a consequence of power creep; hardcore playerbases are constantly hungry for more challenging content with more powerful rewards. The bulk of an MMO’s playerbase follows wherever the newest content is, abandoning the older content as it has been outdated. Since activities in games like FFXIV depend on interacting with other players, such as to queue up for parties, even softcore players may find themselves unable to do what they want if friends aren’t available to party up with them. It’s a snowball effect; the more players leave old content, the less value that old content has to remaining players.

To its credit, FFXIV takes many, many steps towards increasing the relevance of older content, through mechanics like Glamour and the Duty Roulette, but these can only go so far before players find themselves sitting in queues for hours just to get a single attempt at a previous expansion’s raid. Not every player is a power player; some might just want a shot at their wishlist of mounts, or to revisit their favorite challenges from months ago. And these queue scarcity issues are much more prevalent in other MMOs. Partying with friends solves that problem easily, but that isn't always an option for many people. I agree that it’s good for a playerbase to constantly want to push forward towards more content, that’s why the new content keeps trickling in. But for the sake of the stragglers who prefer to stick behind (which includes myself, if I'm being honest and transparent), I often find myself asking a question… what can designers do to make old MMO content more relevant and rewarding? To encourage just a fraction of that hardcore playerbase to lend a hand to their lonely brothers in the underleveled queues?

I have a tendency to think up too many ideas for my own good. Today, I’d like to share with you all one such idea to answer that question. This isn’t specifically towards FFXIV, but rather a proposal for any similarly structured MMORPG. I labelled this blog as yet another new subseries because it’s about exactly that title; theoretical game design. It’s not about a change we need to see in the game industry, and not about a prediction of the future, but about a “what-if” proposal to generate discussion around. I’ll explain my “solution” at length, detailing its mechanics as well as why it may or may not work out.

So what do I think MMO designers can do? If the hardcore playerbase is always pursuing more power, perhaps we should give them just that… but just a teeny bit. 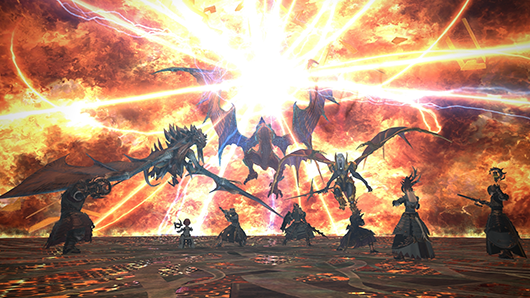 Traditionally, there are two ways a character gains power in an MMO; by leveling up, and by equipping gear. The former sometimes comes with new abilities, but both are always towards the primary goal of increasing stats to do more damage, take more damage, and/or heal more damage. Endgame MMO content rewards more powerful gear to equip and raise stats higher. But that gear can be outclassed by even further endgame content, making some gear obsolete enough that its associated content may be skipped altogether with no negative consequence.

My suggestion is simple; to add a third, yet much smaller, method of gaining power. What if clearing content such as dungeons, raids, and etcetera rewarded the player with permanent stat boosts as a one-time-only reward? Think of it like traditional RPGs in which the player’s party sometimes finds a stat-boosting consumable item like a Seed of +1 Strength, except instead of manifesting as an item, it’s an automatic effect that triggers upon the first time you clear a given dungeon. Or perhaps instead, the stat increase appears as a random loot drop from the dungeon, to encourage playing it multiple times as you would in order to obtain a specific piece of gear you might need. There is a potential counter-productive issue in this idea if these stat increases were to stack up so high that they become necessary to clear harder content, but they needn’t be especially large. In fact, do they even need to be an entire stat point?

Suppose that such a system has an affiliated window that lists every stat you can gain from leveling up, and a gauge next to each stat. Upon gaining an instanced fight's bonus stats, one of the gauges fills by X amount, like an EXP bar. When it fills up completely, the affiliated stat increases by 1, permanently, and the gauge resets with a higher limit. Through such a progression system, every new and old instance can provide something of value to players, without being so valuable as to be necessary.

Power players love squeezing every drop of power they can get out of game mechanics, no matter how little that power is needed to actually accomplish their goals beyond “be the very best, like no one ever was”. A mechanic like this could urge a fraction of a playerbase to run older content, while being minor enough for other players to be able to freely ignore it with very little visible cost at their efficiency in battle.

Through a system such as this, all content within the game could remain relevant to old and new players alike. Since a “maxed out” character would require visiting every piece of content, all content would receive a constant trickle of players, old or new or anywhere in between, to challenge them for that reward. By maintaining that income of players, the content would remain relevant and rewarding to visit or revisit for much longer after its launch.

The players who'd jump at such a system and those who'd rather ignore it both win, right? Well, I also see this idea having some problem areas that would be tricky to iron out, if possible at all. I already mentioned the possibility of being so powerful it'd become a necessary burden, but assuming a developer team were to underplay the mechanic enough to nullify that chance, what else is there to deal with?

Just to be clear, this would be a bad idea to add to FFXIV or any other currently released MMORPG. Implementing such a mechanic years and expansions after an MMO’s launch would mostly just scatter the playerbase wildly across content in a scramble to catch up to the new power cap. It’d be a bad kind of chaotic, it’d be met with a lot of salt from veterans who cleared such content aeons ago with no such reward, and it’d hugely divert attention from whatever real endgame content just got patched in alongside such a feature. The only way for this idea to reasonably work is if it were to be built into a brand new MMO, or at least added very shortly after its launch. 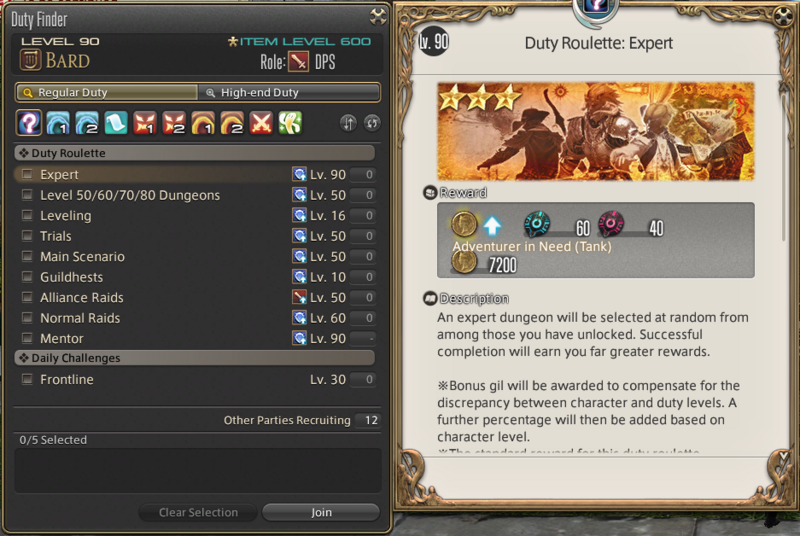 The most prominent issue is the notion that this idea mostly appeals to hardcore power gamers. Since these bonuses would have to be extremely small to prevent them from being overpowered, it’d be more practical from the perspective of such players to pursue the deepest endgame content possible before revisiting older content for the permanent bonuses. If the idea is to give softcore players more party members to randomly queue up with, there’s a strong chance for weaker players to get queued up with vastly stronger players. That in itself isn’t necessarily a problem, but a vocal subset of power gamers are infamous for toxicity towards peers that don’t play absolutely optimally.

Raiding with random groups of players is already dreaded in FFXIV because many parties are expected to already have familiarity with the raid or have gear on par with the raid’s rewards, even if the group is labelled as a first-time party. That is another issue which we need to see MMO communities as a whole work towards mitigating, but implementing a mechanic that could widen the window for such toxicity may do softcore players more harm than good. Yet FFXIV already joins players of varying skill and power levels together through daily Duty Roulettes, so my fears in this regard may be exaggerated.

With such risks in mind, why would I still like to see this possibly happen? The beautiful thing about MMOs is their ability to attract communities of players to interact with each other en masse. There’s so much to do, intentional or otherwise, for players to pass time and connect with each other. Perhaps there’s not much of a need to keep older content that relevant, but I can only see it being a good thing for developers to put more focus on doing so. The more relevant everything is in a game, the more opportunities to find other people doing it too. The more opportunities to find other people, the more options MMO players have open to themselves to enjoy the game. I don’t see my proposal here as a key to the Atlantis of MMO design, but it’s a fun little theory I thought would be worth sharing. What do you think? Have you had any similar ideas? Are there any glaring flaws I’ve neglected in this summary of my thoughts? I enjoy rambling about theoretical game design, and it’d be my pleasure to go back and forth about this kind of stuff in the comments!