Part of the Problem: a Visceral Reaction 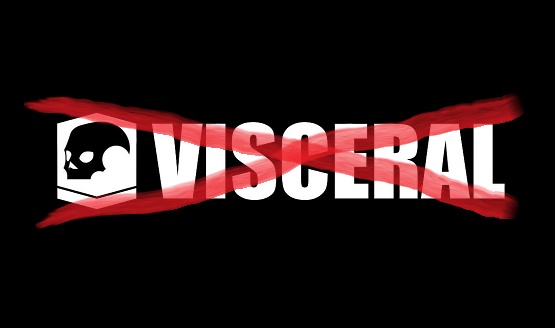 The news about Visceral Games being shut down put me in a bad headspace yesterday. I’m disappointed in EA and their bullshit reasoning….but also feeling guilty because I’m part of the problem with gaming today.

EA and their fuckery

I’m really hoping this is more EA being out of touch with their blinders on and not a sign of bigger industry issues. The thought that a publisher would have that extreme control over the development process, bringing in focus groups to dictate the creative vision and game design is just infuriating. I don’t get how the developers/artists/writers/producers/everyone else I missed are expected to carry out a vision in that kind of system with so little support and confidence from their higher ups. How does it not have a ripple-effect throughout their other development teams? The more of your heart and soul you put into your craft, the more devastated you’ll be when they come to crush it. And the Simpsons already showed us how this turns out when they let Homer build The Homer. Us consumers can’t always be trusted to know what we want! 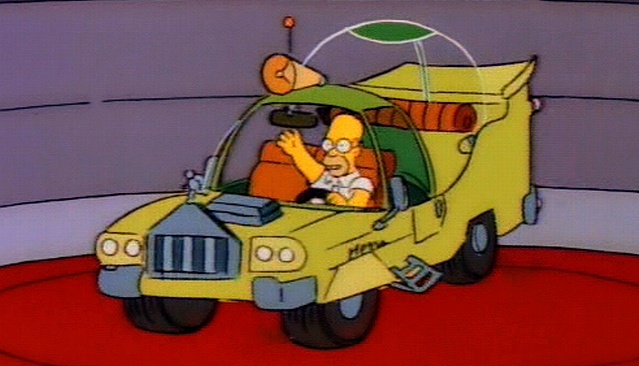 It was just such a greedy move. Yes, Star Wars is a massive franchise and yes, they can make an obscene amount of money by appealing to the largest number of people…..but how soulless is it going to feel? I’m not even a big Star Wars fans and I’m already annoyed with this cookie-cutter approach designed to fill checkboxes. Part of the disappointment is because I generally like EA’s stable of games. Half of my PS3 library is probably published by them. What am I supporting by buying their games now?

I’m part of the problem

I am dumb. I don’t always realize it right away but it’s true. Years ago I wrote a self-indulgent blog about why I’m a disgrace to gamers everywhere. Such an edgy hipster! There are several points from it I want to highlight.

Rethinking what I do here. I’m no longer buying hockey games annually as it is but now I feel dirty paying full-price for this year’s game. I’m just glad I haven’t pounced on EA Access yet, was pretty tempted to before now.

7) Single player games are all but dead to me

When they announced Titanfall 2 was going to have a single player campaign, I was annoyed. Think pissbaby-levels of annoyed. I’ve long championed multiplayer-only games like Warhawk and Team Fortress 2, and it felt like another area where the industry was homogenizing. Spreading resources to appeal to everyone and satisfy nobody. Every game doesn’t need single-player! I guess I was half-right but had it backwards. AAA games are becoming more and more similar, just away from single-player and more to what I had at one time wanted. This is some serious monkey paw-bullshit. And thankfully I was wrong about TF2 in every way, even though I’ve yet to experience it for myself.

Even now I’m still guilty of this point’s sentiment. So many times I’m practically bragging about how I skipped the campaign and only spent time on multiplayer. I like the adrenaline rush of multiplayer but at least lately I’ve been able to enjoy the experience of single-player narratives a lot more too. It’s scary knowing that this is the new reality. Single player games don’t make as much money and therefore shouldn’t exist. Now it makes sense why games like Assassin’s Creed and Forza are getting loot boxes.

Maybe I’m overreacting a little and overblowing this one instance of industry bullshit. But c’mon, EA already has Anthem coming out as their Destiny clone! They really need another one!?

This has been less of a thing I do now….mostly because it takes me forever to beat games and then I don’t feel like playing more. Back then, we had already witnessed some scummy DLC practices but it was only here or there. Not like today where it’s almost a given that you’ll have to wait at least a year if you want any complete game without spending $30+ on top of what you paid. Like what a fucking innocent time 2010 was! Loot boxes....hell even season passes, weren’t even a thing yet!

This practice feels like it’s taking advantage of a game’s most die-hard fans. You’ll preorder this game to get some bonus content, paying full price at launch, along with a season pass to ensure you get all the content that trickles out later....and even then you might not be guaranteed all of the DLC. What if the DLC turns out subpar? Well it’s your fault for being a fan and buying it, is what people will tell you. You deserve this. Then the publishers package it all together, slash the price and try to woo any more potential buyers with a great deal. It just feels ass-backwards in a way.

And straight up, loot boxes are predatory. While I’ve been able to stomach ones that you can unlock using in-game currencies (Halo 5 and Overwatch come to mind), they still cross the line since not everyone will be able to resist not spending real money on them. Sure people are free to spend their money how they like, but they’re still designed specifically to entice you to spend money without thinking. Stop it! 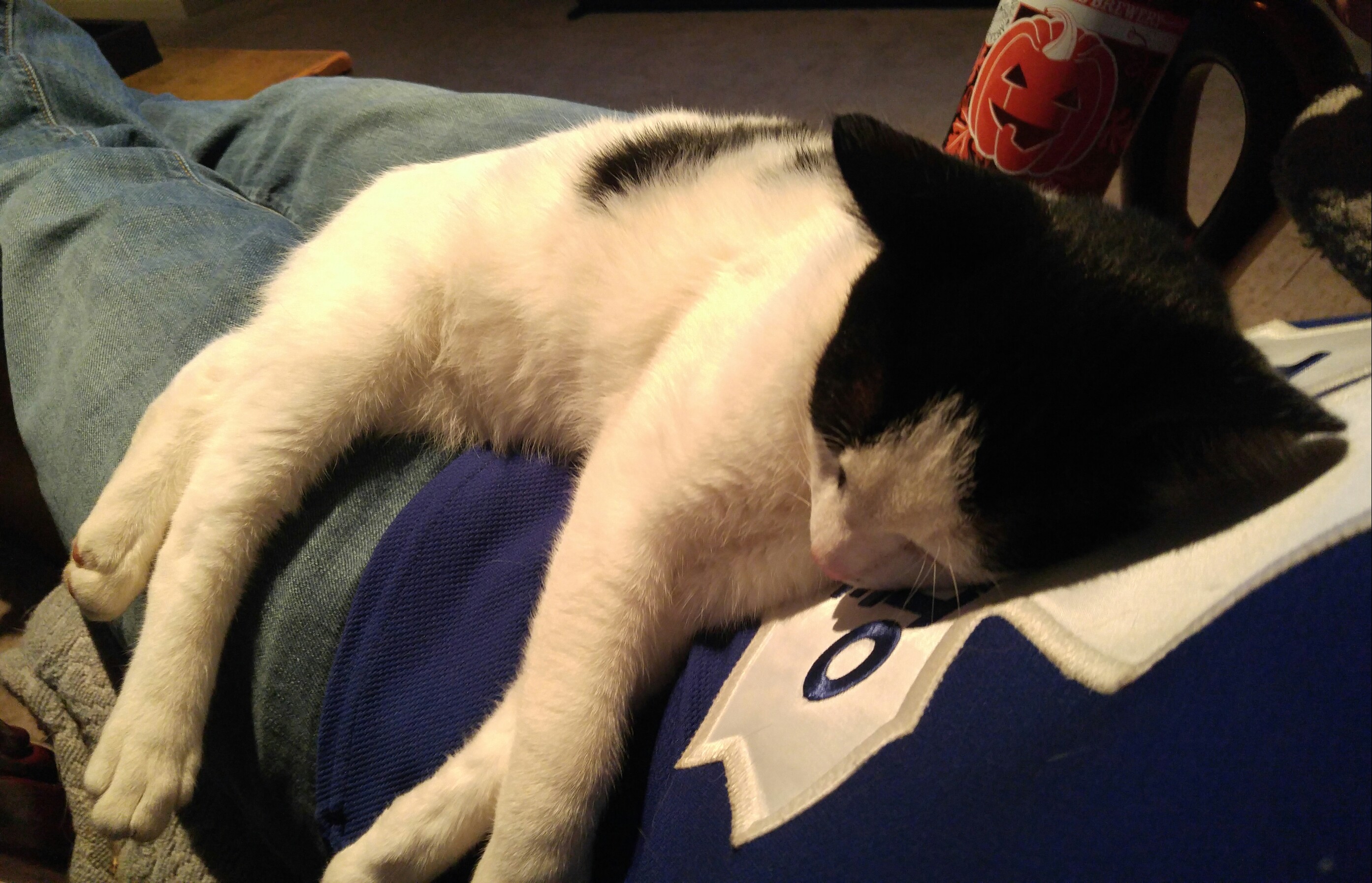 Cat pic, Celica! Breathe, look at the cat pic, and calm down!

There was a frontpage piece from the other day asking us what would it take to completely stop gaming. The frequently repeated answer was more microtransactions and loot boxes. I completely get it. This industry is getting out of control with some of its practices and it’s now leading to games we’re excited for getting axed and developers dissolved. This isn’t the first time and it definitely will not be the last.

I think I’m going to have to start making better-informed decisions when it comes to purchases. I feel I need to start making a personal stand, whatever that’s worth, even if no one hears me. Not buying EA games for the foreseeable future? Pretty simple at this point. Not supporting games that have loot boxes? Shadow of War I can avoid but does Assassin’s Creed Origin’s loot system get a passing grade? Can I still support Rocket League? DLC tied to preorders? Games with season passes? Where does simply buying games off the MS Marketplace/PS Store and their DRM issues fall? Can I still buy these games used? Where is the line? *sigh* I’ll probably forget about this after a week when I’ve cooled off and moved on.

I guess it’s no different than any other purchases we make. Ethically-raised, locally-made, environmentally-friendly, fair-trade, etc. It’s just frustrating because video games are supposed to be entertainment. They’re supposed to be fun and the one easy decision in our lives. Just shut the fuck up and play games! If only it was still that easy.

The people at Visceral Games were talented. They’ll do great work on other teams under EA or elsewhere. Even still, I can’t imagine how angry they must all be feeling right now. It sucks being pessimistic about anything, especially your livelihood and passion in life. Feels like it will be an interesting holiday season following game sales. We’ll see if there’s any pushback.

Anyways thanks for reading and letting me vent a little.