TOME RPG: Making the Risk of Failure Engaging In Narratives

Welcome, Brave Warrior From Another Dimension

Disclaimer: I’ve been a fan of Christopher Niosi, AKA Kirbopher, ever since his days of Flash animations on Newgrounds. I enjoy listening to his Kirblogs. I get excited every time he announces he’s landed a new big voice acting role. And his biggest project before now, the animated series Terrain of Magical Expertise, I… admittedly still haven’t seen, for the same reasons I still haven’t watched the tons of anime on my “must watch” list like One Punch Man. I have seen little clips and bits from it, and I enjoy what I see a lot. Seeing Kirb’s success grow over the years has, in a way, inspired me. Also, we share the same first name, which is why I’ll keep referring to him as Kirbopher for my own sanity! So I may be especially enthusiastic to suggest that you back his Kickstarter for the TOME RPG here. No, seriously, do it. He already hit his main funding goal, but I think it’s really promising. There’s even a playable demo! 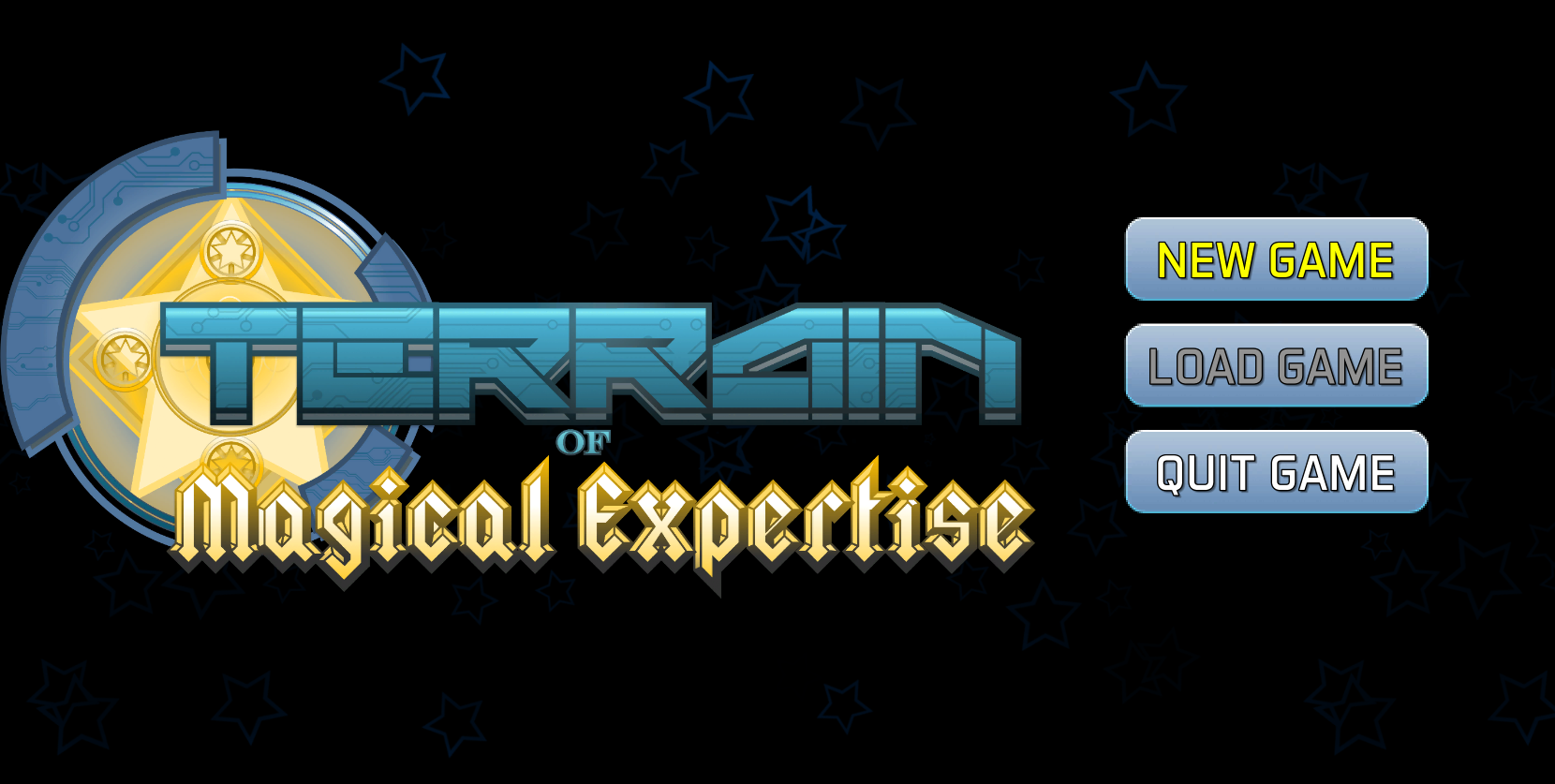 Now, plugging his Kickstarter isn’t the main reason I’m writing this… okay, that’s one of the reasons, I just backed the project and I’m excited for what will come of it. But there’s something specific I want to focus on today. There’s a lot of interesting things in that project that I’m looking forward to, from the battles paying homage to Super Mario RPG to the .hack-esque premise to character progression without leveling up. Out of everything that's promised on the Kickstarter page, the least discussed one is a story that continues upon failure at certain points, rather than invoking a standard “Game Over, try again” state.

And I am really interested to see where the heck Kirb and company are going with that.

Just to be clear, firstly, standard “Game Over, try again” states do exist in the demo. This decision is probably referring to specific plot battles or other scenarios, the team hasn’t said exactly how it'll be used yet. Secondly, it’s not the feature I‘m looking forward to the most, nor do I think it’s why the project deserves to be backed (even though I think it does winkwinknudgecoughowmylungs). Rather, I’m discussing it at length because it sticks out to me as the most unusual decision. I can’t think of any RPG to do anything like this--where the story pivots in different directions based on whether you succeed or fail in battle--barring some obscure New Game Plus scenario. I’m fascinated by such a rare prospect, and I want to examine and speculate on the possibilities this design presents! 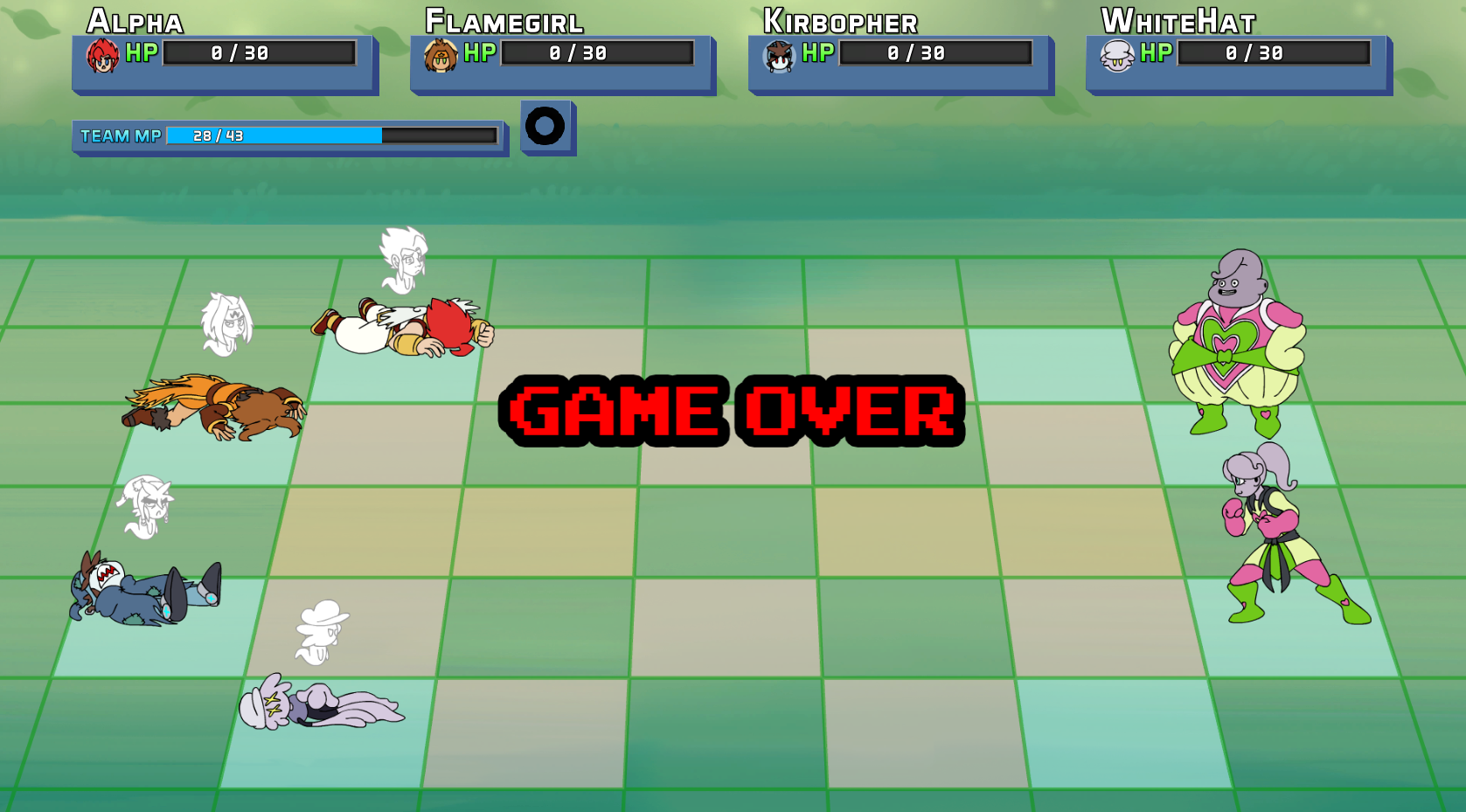 This type of writing approach for video games is rarely explored because it usually doesn’t make sense. In any story that emphasizes perilous or deadly conflict, it’d be completely immersion-breaking to suggest that an antagonist leaves the protagonist alive, let alone capable of continuing his story after rendering him defeated in battle. But TOME’s adaptation isn’t a story about perilous or deadly conflict. It’s about a bunch of dudes and dudettes playing an MMO together, fighting with personal agendas on the line rather than their lives. This is a rare case of the contrary; it wouldn’t make sense in-universe to suggest that the protagonist getting defeated in battle means that he’s failed at everything he’s attempted. All he has to do is respawn, pick himself back up, and continue his mission, even if that defeat came at the cost of something important that can't be won back. Despite the fact that such a thread of logic exists, it doesn’t necessarily mean that the real-life game devs would avoid adding a typical game over fail state. Most game designers just don’t want to go that route. Which begs the question, why are these guys so set on this idea?

To paraphrase the Kickstarter page, the team’s idea is that the consequences of victory or failure act as a motivating force and build immersion. Given the context that the game’s story takes place in a competitive in-universe PvP event, this story system seems to be an excellent opportunity to deliver on that! The tension of losing or winning is constantly on competitors’ minds. There’s no save scumming in real life; everyone has to accept when they’ve lost. Imposing a similar scenario upon this story imposes a similar tension upon players. But for that tension to be there, two components are vital; an uncertain outcome, and the meaning of loss or victory. 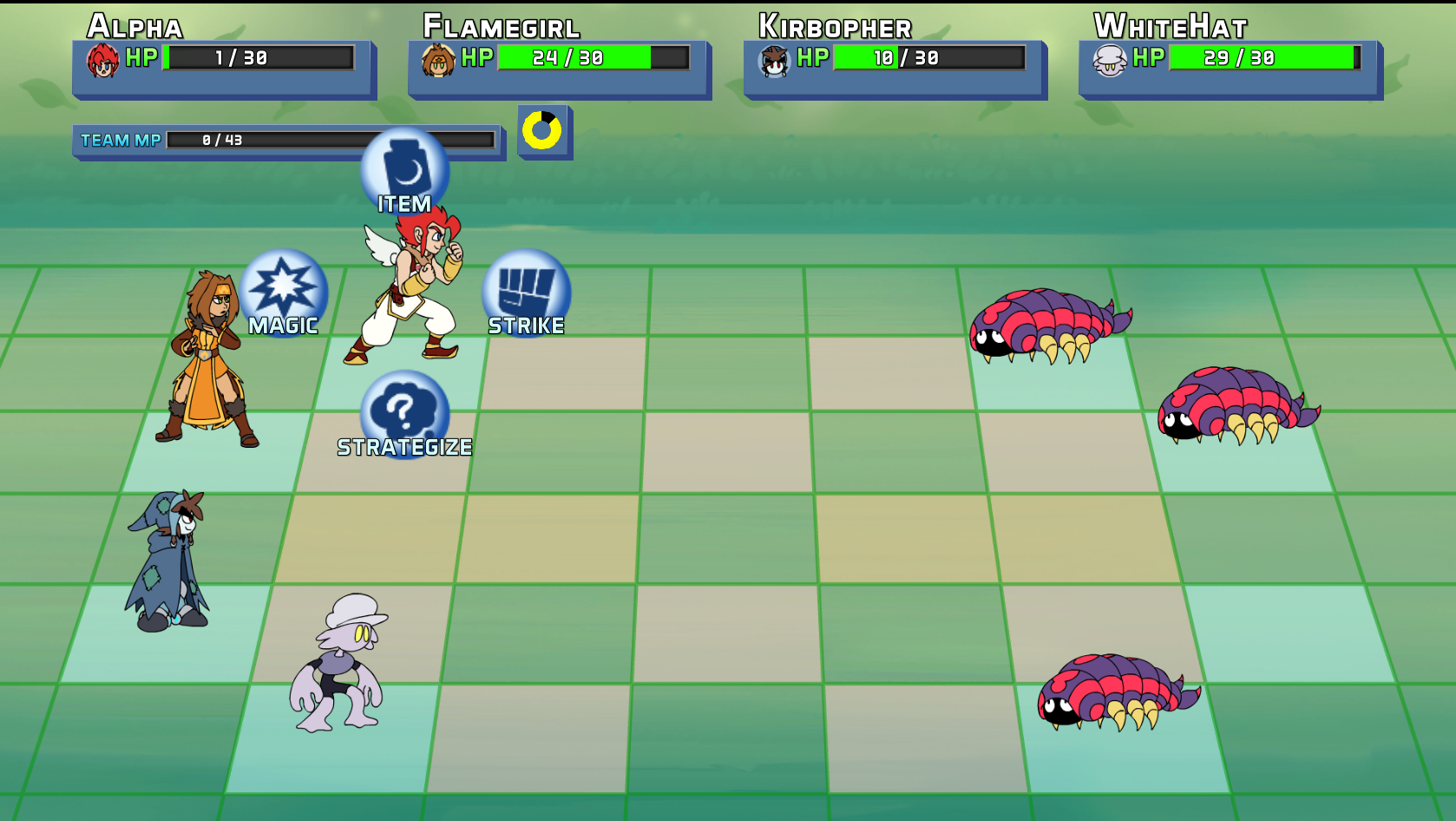 As of this writing, the Kickstarter page is still vague regarding how loss and victory differ in the game beyond “consequences exist”, so all I can do from here is speculate. My guess is that this mostly affects story routes and causes certain changes in later scenes. Multiple endings are confirmed, so it most likely relates to that in some way. Perhaps this also confers certain gameplay rewards like new techniques or power-ups? People love a good and personally involved story, that alone would be an excellent incentive to reward or penalize players for performance. How can your involvement in a story get more personal than a hard-fought battle, knowing that the risk of failure is looming over?

But a big challenge I see with executing this idea is in making the player unsure whether they will succeed or fail, at least on a blind playthrough. Difficulty has always been one of the biggest balancing acts in game design. Nailing down a single, consistent difficulty curve, especially in an RPG, is tricky enough on its own. To truly establish narrative tension, I would think that you’d need to expect failure, yet still have enough confidence to succeed with enough effort. Despite that, the difficulty curve needn’t be consistent. Would you want to introduce spikes in difficulty at key points? Would ramping up the challenge exponentially for dramatic climax be more awesome, or frustrating? 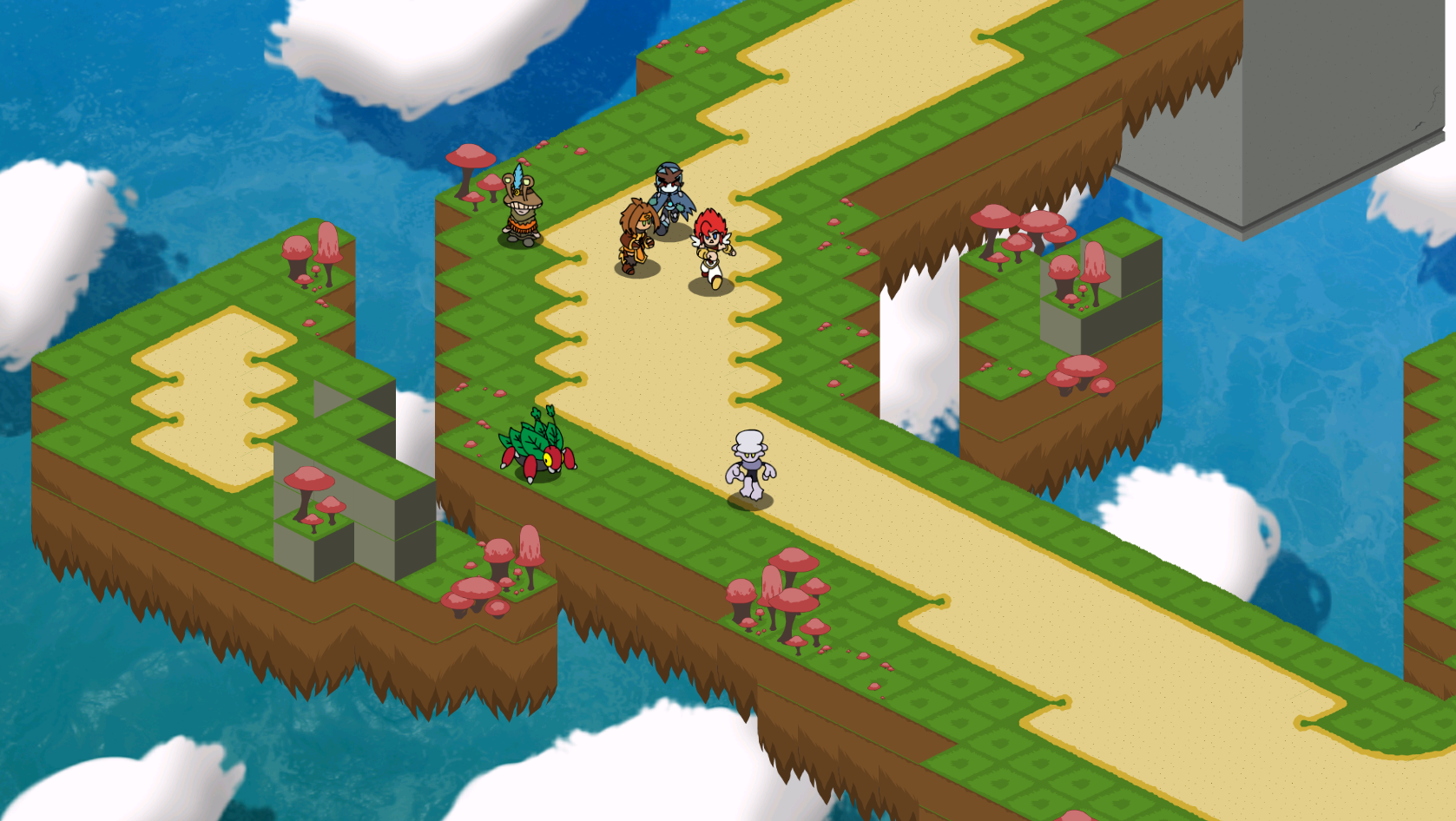 Normally, the problems with such difficulty spikes are irksome, but few. However, hinging the story around such points makes me more unsure. On one hand, it could be just plain frustrating to suffer a negative story turn because of an unfair difficulty spike. On the other hand, wouldn’t that be the point? An important thing in stories is that sometimes, crap happens, and that crap must be dealt with in the aftermath of a mistake. Sometimes it’s less a mistake and moreso being forced into a nearly unwinnable situation by an antaonistic force. Perhaps such difficulty spikes could be used to the writers’ advantage? To invoke a sense of knowing you could have done better, even though you probably didn’t unless you came ridiculously prepared?

Furthermore, this Kickstarter page suggests that TOME RPG will eschew liberal save points in favor of making players to accept the outcomes of their scenarios. Many will, without doubt, save scum and reload however much they need to in order to guarantee a win scenario. At the same time, this design will discourage others enough from doing so to essentially force them to accept their losses.

Considering all of that, I have one last question… is it okay to force players to deal with the long-term consequences of their failures unless they replay a long session? Upon reflection, sure thingie! It might seem rare in this specific context, but we've praised similar design before, haven't we? Many people already enjoy the tension of long-term consequences in games. That’s why people will gladly play RPGs and strategy games with permadeath options on or in which their own choices may bite them in the behind many hours later. Similarly, visual novels are a genre of games practically built around making players wait a long time to deal with the narrative consequences of their decisions, which may eventually lead to a bad ending. In these cases, they are rarely considered a detriment to the game's objective quality, if they are not one of the game's most notable strengths. This game might become a more niche RPG for that decision, but that will be a good thing if it helps this game deliver a unique, worthwhile experience. 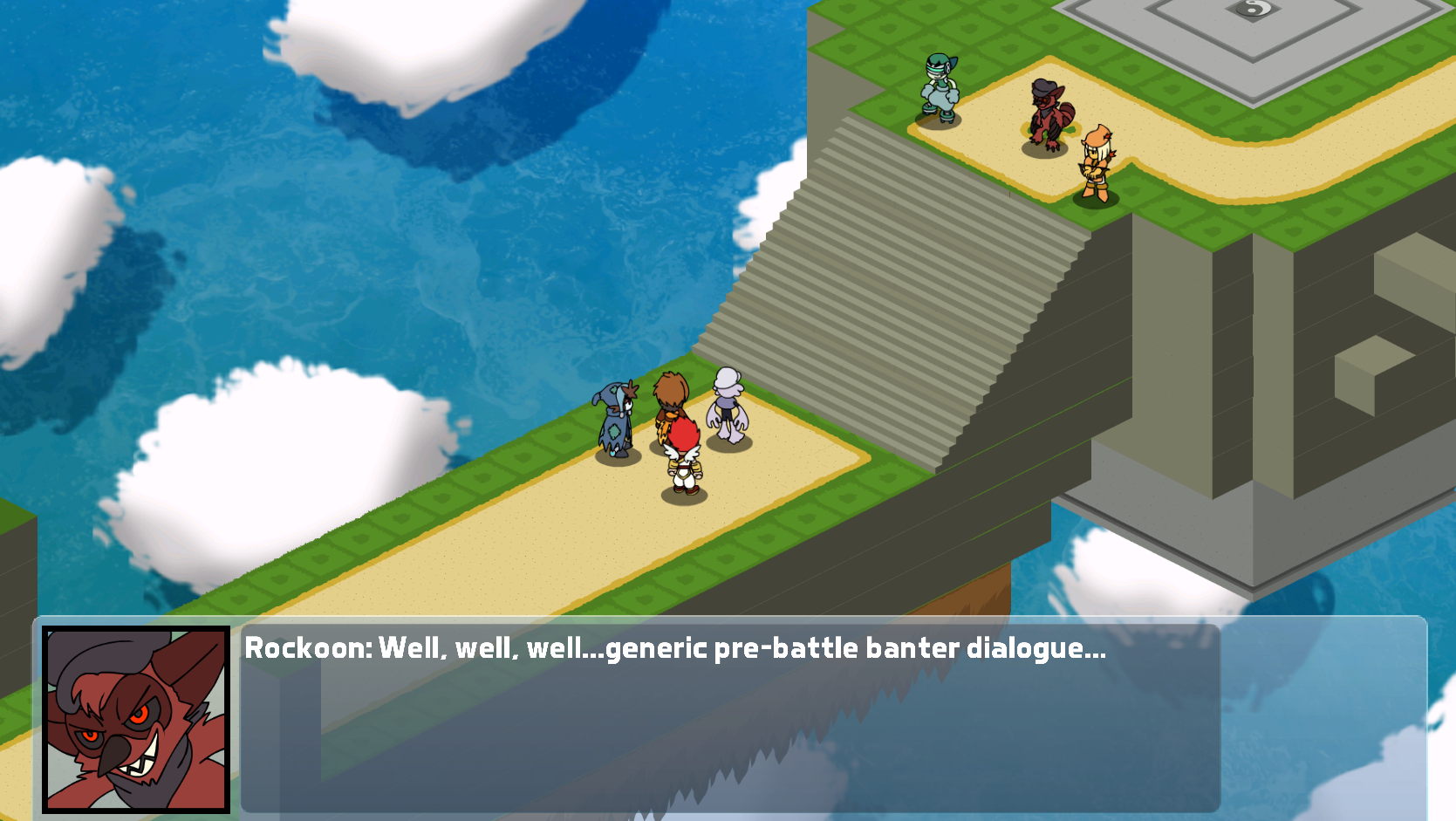 Ultimately, the biggest factor in whether this decision will work is if the writing is going to be consistently great and if it will pull you into the proper emotions for whatever outcome your battles lead you to. I've not seen many examples of Kirb's dramatic writing yet, but I hear good things about the TOME webseries this game is derived from and I can say I’m a fan of his comedic writing. He and his friends are good at setting up entertaining dialogue and getting a chuckle out of me. Similar principles apply to invoking dramatic writing; I think this is a decent ground to expect some good work. It helps that demo’s packed full of fluent and emotive voice work, which is an excellent tool to draw an audience into the moment!

There is a possibility for this concept to fail in execution. It’s a Kickstarter project. There’s also a potential for a creative and unique experience. A lot of successful Kickstarter projects are bold enough to try something that most publishers don’t want to risk, but that their audiences end up loving upon release. That’s why this decision has piqued my interest; I’ve never seen this idea proposed in a promising context before, and I don’t know if I’ll ever see it attempted again. If wielded properly, it could create a one-of-a-kind experience with an RPG’s story. That’s an exciting thought! 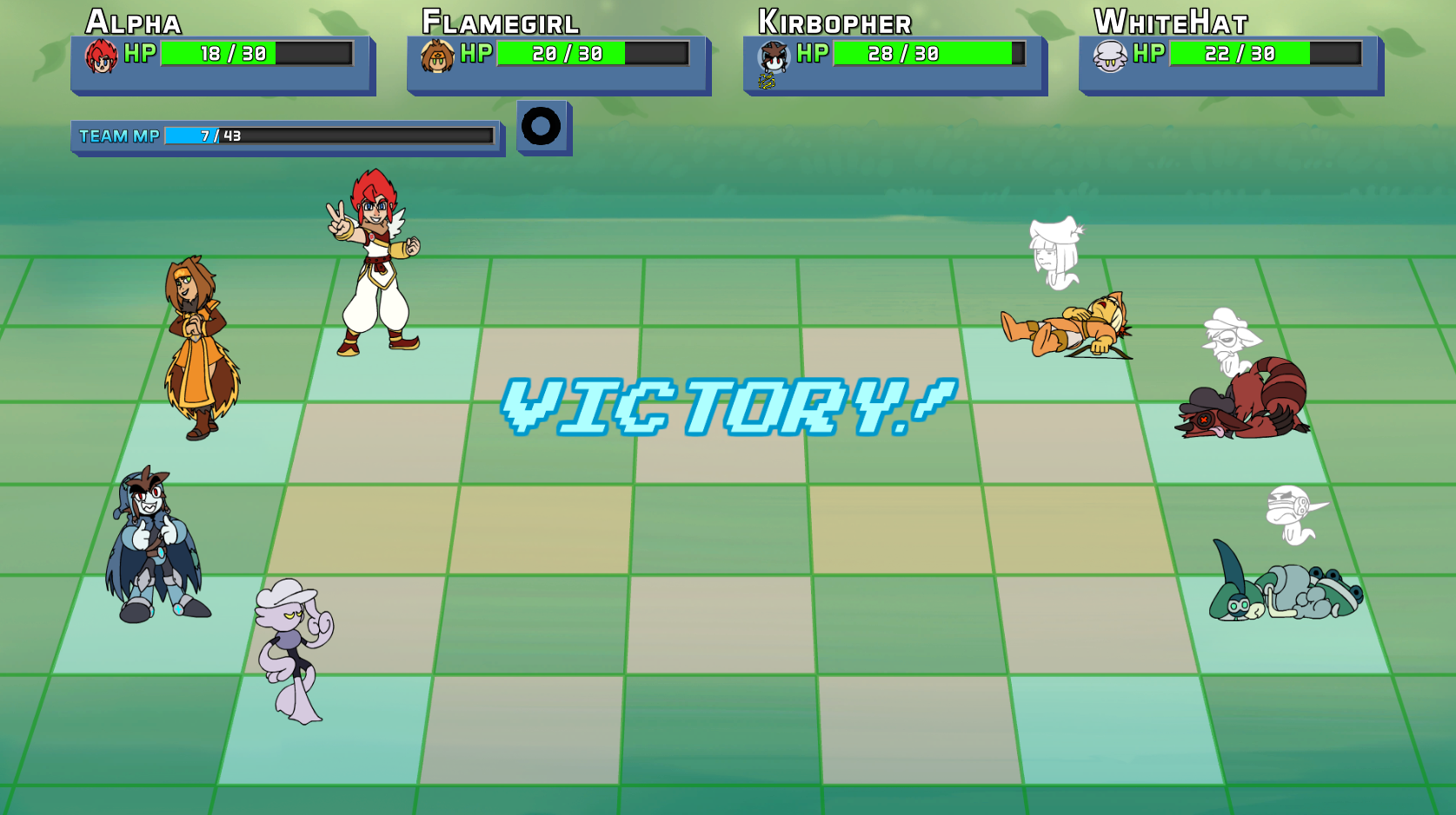 This story dynamic probably isn’t the most important thing about this game, nor is it going to define the entire product’s quality. It’s not even present within the demo. Regarding what I look for most in games, I’m mostly looking forward to the setting, humor, and gameplay. The demo already convinced me Kirb's team can deliver on them. But this story decision is a big reason I will remember this project after its completion by virtue of how much it stands out among its peers. If you’re reading this, Kirbopher and frenemies, I salute every last one of your efforts, and I wish the best for TOME RPG’s development!