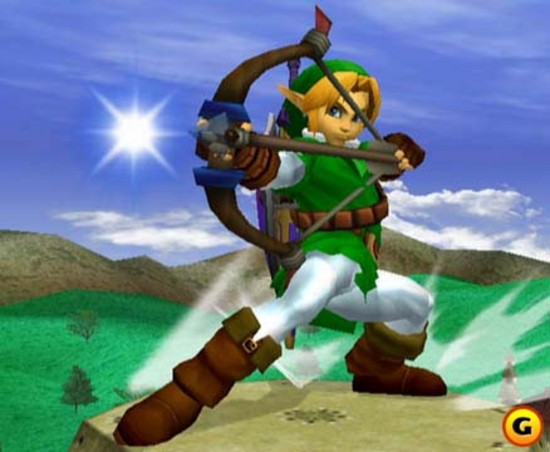 (these 3 screens ripped from Gamespot because I'm lazy)

The Nintendo 64/Playstation/Saturn era had brought 3-D gaming to the masses. The next generation polished everything and offered a quantum leap in detail. For Nintendo diehards, the Super Smash Bros. Melee intro was most likely their first taste of FMV on a Nintendo system, owing to the switch from cartridges to discs. It wasn't all smoke and mirrors like the infamous Final Fantasy VII commercials, though, as the bits of real time game footage in the middle attest. What a way to launch a system.

As for the actual content of the trailer, multiple nods to the games the characters come from (including three to fan-favorite Ocarina of Time) and the introduction of characters sorely missing from the first game (Bowser) coupled with a fantastic score to add up to the ultimate Nintendo fan wet dream. If you own a Gamecube, you probably own this game, and if you got the system for Christmas of 2001 this was probably your first game for it. Now, as Super Smash Bros. Brawl approaches and anticipation mounts even further, this is the moment that encapsulates that hype.

Check out the intros to the original Super Smash Bros. and Melee below. Compare and contrast: