@CelicaCrazed tagged me in a photoshop that they made and implored me to write about my death in the movie. What I wrote turned out to be more of a story than I had intended. It's not stellar writing, but there you have it.

Here's the picture that sparked my creativity. The stoy is below. I hope you enjoy it! 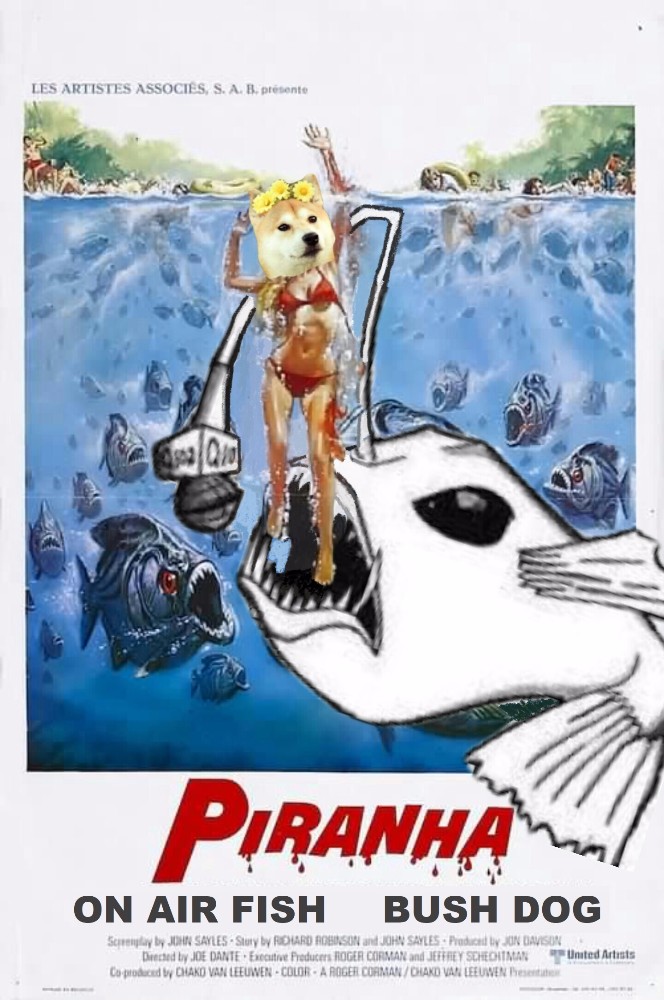 "I'm the bad guy." The realization dug into me like so many teeth into a corpse. I'm not A bad guy- I recycle, support universal healthcare- but my very nature lends itself to being THE bad guy. I'll eat you. I'll eat your family. I'll eat your dog. I'm a hungry fella and biology has dictated that flesh is my meal. I followed those instincts and now I'm stuck in a styrofoam hell.

60 minutes ago I was minding my own business. Just up stream I could hear the booming bass and lilting laughs of a beach party at its peak. I could feel the vibrations of the music and the bodies splashing in the cool water. There was a rumbly in my tumbly and a veritable buffet at my doorstep.

I knew that if I made my move now, I would have my pick of tender college students. A nibble of a nubile young lass, a taste of a taut teen. I swam warily toward the group. No need to hurry. If The Others thought I was after something, a frenzy could occur and that would NOT be to my advantage.

I made it to the party (MY party now) easily. Undetected, I swam amongst the myriad of ankles as if I were in the produce aisle at your local grocer. I too a nip of one tasty lady. She jerked her foot away and yelped. I beat feet (as the land lovers would say) and hid behind a rock while I enjoyed my slice of sexy bikini babe. She continued to yell (cry baby) and the other party goers rushed to her aid.

A jock stepped near my rock and I took the opportunity to carve out a bit of calf. He yelled some expletives and dropped down into the water, holding his leg.

Blood in the water. Splashing. Screaming. The Others would be on their way by now.

I took another nip here, a chomp there. Then it began. THE FRENZY.

The Others had arrived and they didn't have the patience and care that I do. Mob mentality and all that.

The water was instantly turned red, the screams drowning out my thoughs. Fighting against my base instincts, I swam away from the action. My belly is full. I don't NEED anything more, but I wanted it. Wanted it more than anything else. Pushing past my instincts (and past the panicked beach goers) I darted out of my hiding place and through the ruckus that I started. It was a madhouse- like it always is. Screams, splashing, blood, bits of flesh. Somewhwere in my flight, I got turned around. My lust for flesh and my yearning for freedom from that lust left me torn and confused.

My nose hit something with a soft thud. I tried to back up and I hit something else. With dread in my heart I swam in circles trying to find my way out and hit four distinct walls. I'm trapped, in bloody water no less.

I've been here for an hour now. The screams have died down and the sun is getting hotter. The best I can figure, I swam into an upended beer cooler just as it was kicked upright by a panicky partier. The water will get warmer in the sun. The blood in the water will toy with my emotions. I'll die here. The bad guy.