Have you at one point watched action thriller like Taken and think that it needs some good ol' messages about politics, terrorism, and "Man, I wished Liam Neeson knows Kung Fu"? Then congratulations, here's a similar movie that not only featured the first two points and Jackie Chan as the deuteragonist, it also featured classic James Bond actor Pierce Brosnan, and his old pals from the Bond movies (The director that successfully rebooted two Bond movies, and (maybe) that black Brit dude who's often around Judi Dench's during her M days). Except that his daughter died not even 5 minutes into the movie.

Based on the 1992 novel The Chinaman, Jackie Chan stars as Quan Ngoc Minh (If you think a China-born Mainlander with a Vietnamese name sounds weird, wait till you try and figure out his backstory that also containing visual cameos from his Police Story days), an immigrant in London who just wanted to spend some time with his Ravenclaw daughter, until the IRA-substitute blow up a store and his daughter with it. British government official and Irishman Liam Hennessy (Pierce Brosnan), who used to be part of the IRA-substitute, was tasked to find the elusive terrorist before they continued their Operation Fireworks. Quan, who has no confidence on the law enforcement and their sloppy investigations, decided to take matters into his own hands, politely ask Hennessy for the killers' identities at first, and then transform into Jason Voorhees and terrorize his victim's life until Liam submits to his will.

Nobody have seen Jackie that depressed before, except maybe when his son was in deep shit in narcotics.

Despite advertising that led us to believed that Jackie Chan is the MVP of the movie, the actual movie surprisingly focused much of its attention towards Hennessey's side of the story. Don't get me wrong, Jackie is really good on every scenes he's in, but the real meat revolves around Pierce Brosnan and his struggle to avoid another bloodbath between England and Ireland. This is also where the story might be a bit divisive for certain audiences. For those who were even a bit familiar with the Troubles conflicts (Like me), the audience might be willing to be invested into the thriller filled with political twists and turns. For others who just want to watch Jackie Chan kicking terrorists in the nads and fights run longer than 20 minutes though, you'll be sorely disappointed. This is a 80% Ireland-related political drama filled with 20% of Jackie Chan fights. Which is why the movie is struggling to find its audiences at China, despite having its biggest star in it, as the majority of China might not even know that Ireland strived to gain independence by any means back in the '60s.

The actions scenes and its cinematography are generally servicable, as it's not a pure Jackie Chan flick. Understandable, as Jackie Chan was too old to do any stunts within more than 10 seconds on a single take, but he still made good use on his martial arts scenes, and the cuts isn't as bad as say, Taken 3. Well, either that, or it's a deliberate stylistic choice that the director is aiming for in this depressing action thriller. 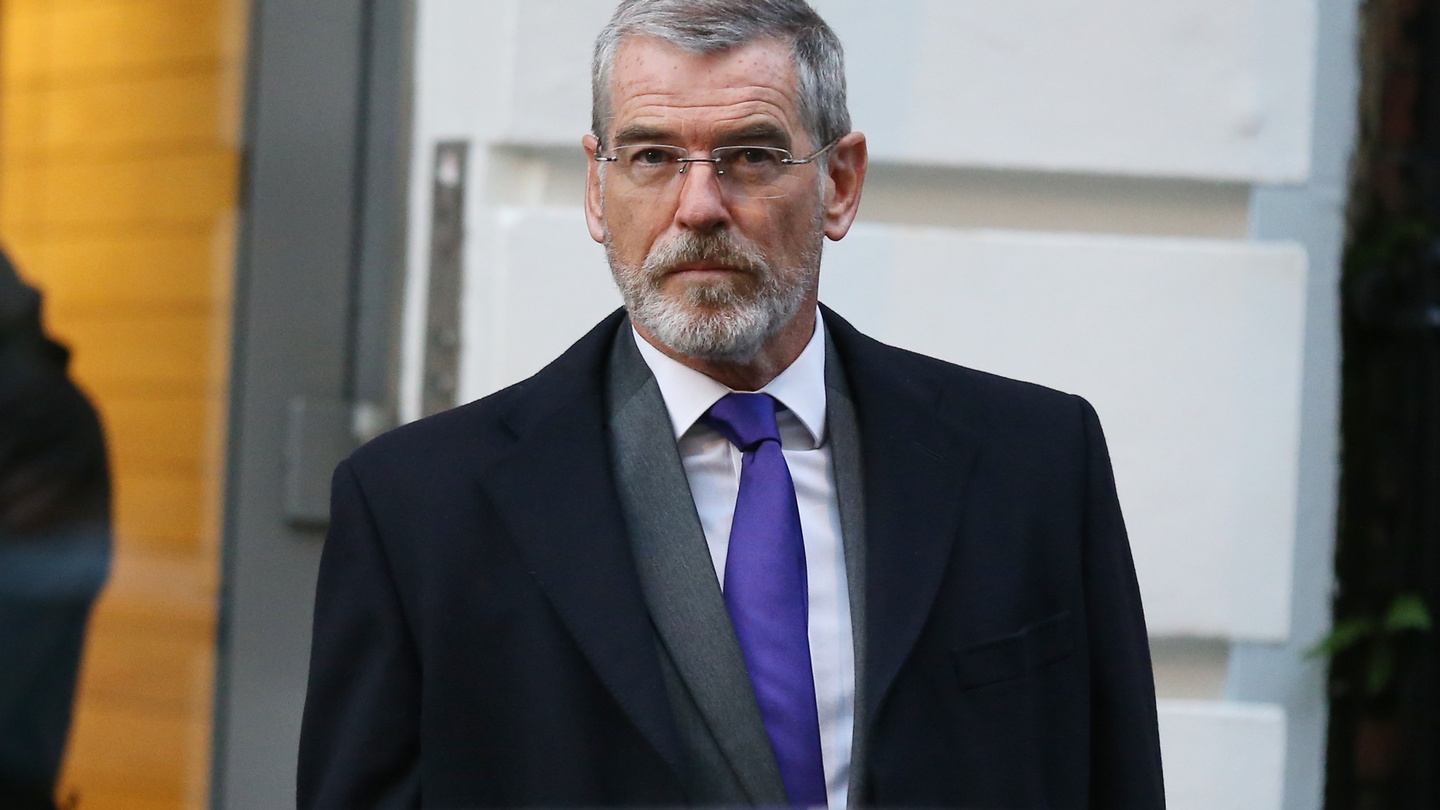 Does anyone think his appearance looks familiar with two of Scotland's famous actors? Hint: It's either Sir Billi or William Stryker.

Despite actually playing second fiddle towards Pierce Brosnan, Jackie Chan is still convincing as the stoic father who lost everything. Hell, I don't think he needed much effort to portray the role, other than the aforementioned fight scenes. Pierce Brosnan, being an Irish himself, shined throughout the movie with his performance, even though his homeland accent still need some refinements (In real-life, he loses his natural accent as a kid). Others are generally competent, none of them either stands out nor being really bad.

Conclusively, this is a decent political thriller with Jackie Chan and his stunts in it. Hell, even one of my friend claimed that it's a really good live-action spiritual adaptation of Metal Gear Solid, albeit a bit more grounded, realistic, and some slices of kung fu in it. So if you're willing to lower your expectation for a Jackie Chan action flick, and maybe feel a bit intrigued on the whole Irish independence thing, why not check this out? Not the Steven Seagal movie, that is.