The Power of Words: Why Books are the Keyhole to Gaming's Soul

Everyone likes a good book. Especially when it’s about video games, right?

Cleary some people do—gaming has become a hot genre in the world of nonfiction, with writers of all stripes pounding out books about every imaginable facet of the industry. Indeed, just like the indie movement has recently swarmed marketplaces with more games than anyone could ever play, the book scene is experiencing a similar revolution in terms of gaming.

Twenty years ago, the situation was much different. Outside the common strategy guide, books in the 1990s were rarely about gaming. David Sheff’s classic treatise, Game Over: How Nintendo Conquered the World, was the notable exception to this unspoken trend, yet it was barely acknowledged at the time, finding perch not within a bookstore’s gaming or hobby section, but on the dusty shelves of the business aisle. (Because that, of course, is the first place any Nintendo kid would go when searching for literature on his favorite company…) 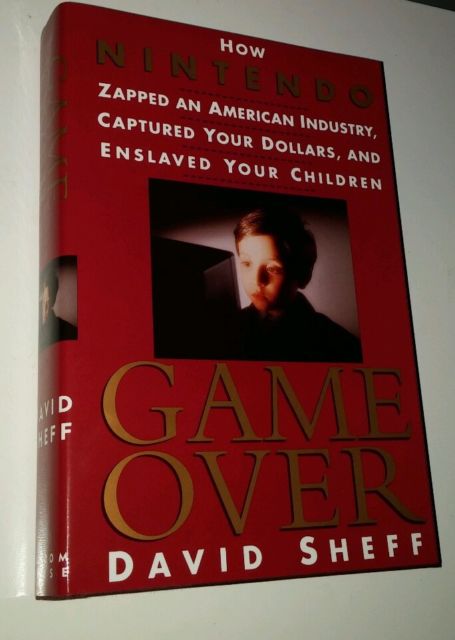 Early on, Mr. Sheff's excellent Game Over was largely ignored. Perhaps its original cover (and subtitle) is to blame?

Thankfully, the winds soon began to shift. Magazines like Next Generation took pride in covering new, noteworthy reads about the pastime, highlighting not only Game Over, but Leonard Herman’s Phoenix: The Rise and Fall of Video Games and, most significantly, Steven L. Kent’s The First Quarter: A 25-year History of Video Games. The latter (later rechristened The Ultimate History of Video Games) received wide praise for its acute retelling and analysis of the medium’s earliest years, and proved there was a market for similar books focused on both the hobby and its colorful personalities. Before long, other tomes began trickling through, from David Kushner’s Masters of Doom to Chris Kohler’s Power-Up.

Ten years later, that trickle is now a deluge—simply type “video game books” in Amazon’s search window and a flood of entries appears covering every tenuous, tiny, and niche topic even remotely related to the medium. This is due, in part, to the ease of modern-day self-publishing, which allows any gaming enthusiast to easily realize and then sell his 300-page love letter to the masses, thus resulting in an interesting conundrum—should one spend his limited time playing games, or reading about them? Juggling a growing game backlog is difficult enough, but pairing that with a growing stack of unread books seems nigh impossible. 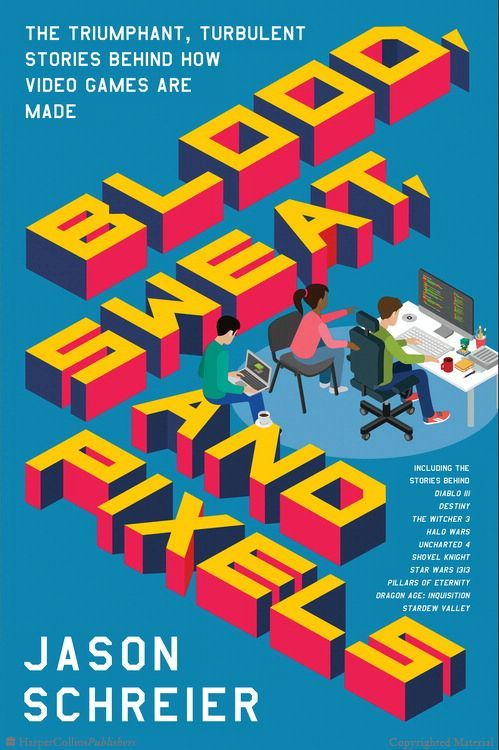 Mr. Schreier's recent opus unveils the victories and heartbreaks behind the development of ten modern games.

Nevertheless, every game hides a second, important story—the often untold, unknown tales of the countless people who poured their lives into a specific title. The right book can pull this curtain back, revealing the true comedy, drama, sacrifice, and sheer humanity funneled into each game, console, technology, and E3 launch. Indeed, it’s easy to love such a dynamic medium. But what about the souls behind the gloss? A good book grants that extra look, providing context to a seemingly cold and distant industry.

Undoubtedly, the right book enlightens those it touches, showing that both the so-called gods and demons of the gaming world are simply people, too, in the end. People with their own thankless masters to serve.

These are truths a game can't show. But books--they are the true keyholes to the industry's soul.

Feel free to check out this blog’s sister podcast for more recommended reading about classic games.