The Cost of the SNES Classic By Game

The alternate title would be "Justifying spending 80 dollars on a raspberry pi, with Nintendo's fabled seal of quality" 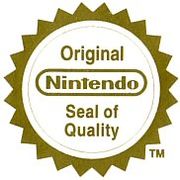 So I went out to Amazon and found the listing for every game (except Star Fox 2, obviously) and took the lowest price. Because this was crossing the nebulous gap between a quick post and a long blog, I also took the time to find where you can get these games digitally.

See below for that list, sorted by price of the physical cartridge.  All prices in USD.  Excludes Tax, shipping, and handling, where applicable.

Oh, and just for fun, one of the links goes to goatse.  So have fun with that.

Star Fox $10.99
Oddly, this isn't in any virtual console, and there isn't any legitimate way to play it.  Pirate that.  Or don't.  Actually, please don't.  Buy a cart, and then emulate in SNES9x or Higan or something.  Stay safe.  Stay Legal.

Yoshis Island $35.96
$8.00 smackers on that WiiU
And possibly free if you were an ambassador?  Man, remember that program?  That was nuts.

Final Fantasy 3 $54.99
Apparently this was on the Wii, not sure if you can get it now.
Its also available on Steam for $16 dollars, maybe less during one of Steam's flash sales.

Secret of Mana $59.99
Again, on the Wii maybe, and $40 dollars on Steam for an upcoming remake done in an ugly style.

Earthbound $149.95. For those who don't know, this game had a really limited run so scarcity plus being an internet darling really jacked up the price on this one.  I'm glad I own it...peasants.
Or $9.99 on the 3DS

Total cost on the 3ds will be around $300.00, but you wont get everything included.  But you can also play it on the go, and you can play, you know, 3ds games.  So do that.  It was like the Link to the Past, but you go the shadow realm.  That game is awesome.

So is it worth it get the SNES Classic Edition?  If you own none of the games already, it is hands down the most ecomical way to get your hands on them.  From there, there are several individual games that make up more than half the asking price, and one that even is almost as expensive as a scalped one.

So did you find goatse yet?