Wii Shop Channel is closing down and with it, some games will again stop being on any digital storefronts.

A week ago I asked for suggestions for games that might be worth taking a look at before they're rendered unavailable. Here are a few answers I've seen, and far too many extra entries of my own.

I've tried to avoid picking games that are available elsewhere or at least mention where they can be found, but mistakes are possible. If I made a mistake, leave a comment below.

You should remember, however, that digital Wii purchases are tied to the single system. So even more so than normal, when your Wii dies, your games vanish. In other words -- buy only what accept eventually losing. And lose them you will.

Another point is that it's pretty much given these games have NOT seen ANY price cuts since they were released all those years ago. This means the VC games cost the same as on Wii U/3DS (if available) and WiiWare games are likely way overpriced. In particular the NeoGeo titles are both more expensive than the Hamster's ACA releases and have less additional features.

Let's look at the Virtual Console first. I'm not taking a look if they're 50Hz or 60Hz versions. As an example, from what I know, Secret of Mana in Europe is the 50Hz variant.

Many Megadrive games of note are already available on Steam or PSN. The Virtual Arcade games don't have many games that aren't already available elsewhere, such as in Namco's game collections or Sega's 3D Classics on 3DS. PC-Engine (TurboGrafx-16) games are a bit worse off, but maybe they can still make an appearance on Wii U eShop, given how Konami has been releasing those games there. Just don't bet on it.

I've marked the actual pick-outs in bold and other game titles as plain italics. Games that I have played more than a few minutes are marked with a * after the title. All screenshots are taken from a Wii U running in Wii mode with a capture device taking images at 720p. The only editing I did was converting PNG to JPG.

Castlevania: Rondo of Blood* (TG-16) is one of the most lauded Castlevania games. It has since been re-released at least on PSP. I hear the limited SNES port, Dracula X, is inferior and preferably avoided. If you want Rondo of Blood, check your other systems' digital services first.

Sega Master System games are still mostly unavailable, and Wii VC is one of the few places (if not the only one) I know where to get digital versions with good conscience. Sega's Sega Forever series of mobile games haven't released any SMS games as far as I know, and I imagine Phantasy Star 1 (Master System) will be amongst the first ones. Until then, however... 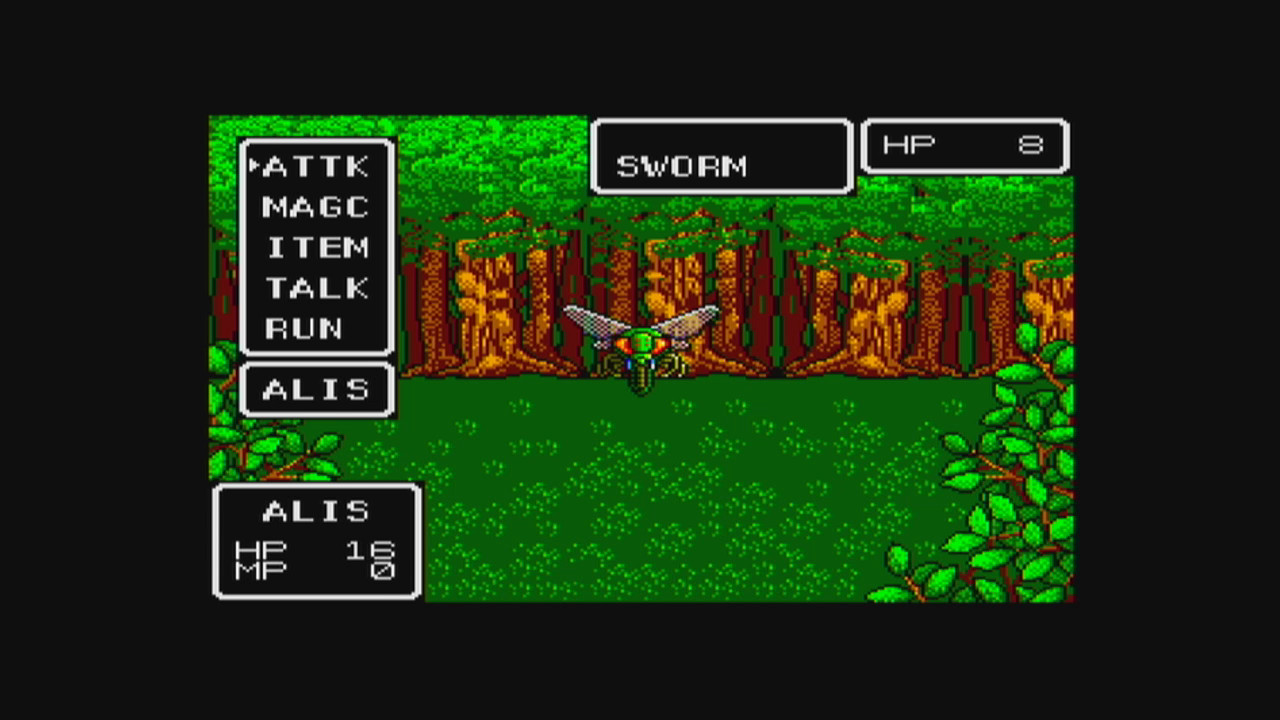 Ghoul Patrol (SNES) is probably an unknown game to many and it looks like it's not as liked as its predecessor, Zombies Ate My Neighbors*. If the original, which is also on Wii VC, wasn't enough, you might be interested in this.

A supposed lost gem is the Famicom Xanadu, or as it was known in the west, Faxanadu. I've seen it called Zelda 2 done better (or right), but that might be a bit of an exaggeration. 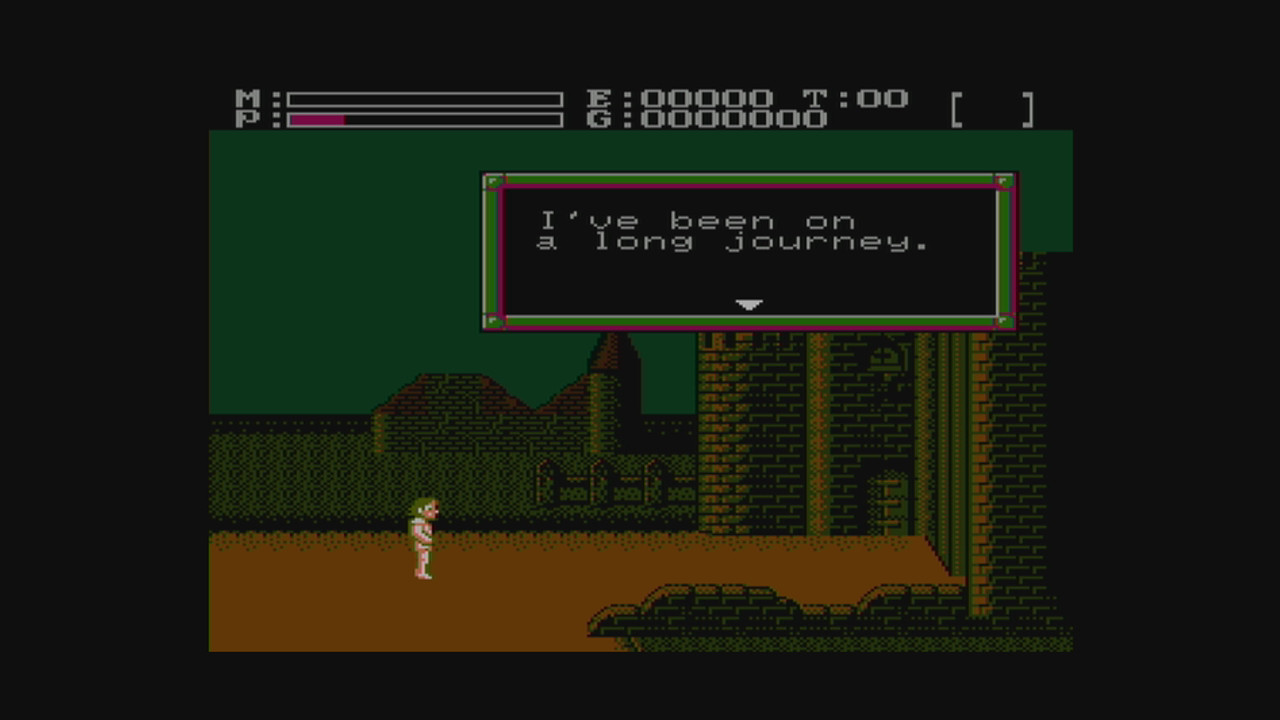 With Squenix mostly ignoring Wii U's virtual console, Ogre Battle (SNES) and Ogre Battle 64 (N64) were not available in the west on Wii U VC. They're Square's titles in their Tactics Ogre series. Chrono Trigger* (SNES) is, of course, a big name but if Switch gets a Virtual Console and it keeps up its momentum, this may become available there as well.

Okay, let's look at WiiWare then. Konami and Square Enix were actually quite prolific here.

Square Enix in particular had games that had the buy-in price and then a bunch of DLC that cost quite a lot. These include Space Invaders Get Even and Final Fantasy Crystal Chronicles: My Life as a King/Darklord, none of which I got myself but I've seen people talk about. The main problem with these is that they were rather pricey already when they were new, and the lack of price drops hasn't helped a bit.

Bubble Bobble Plus!*, however, has a fair bit of content right out of the gate. They put forth effort in upgrading Taito's arcade classics for Wii with Bubble Bobble Plus, Arkanoid Plus and Puzzle Bobble Plus. However, XBox360 Live Arcade should have Bubble Bobble Neo. What is new with BB Plus? Four-player play and a new set of levels with slopes, if that matters -- I never understood why the missing slopes in Super Mario Maker were such a big deal... The spritework, though, looks like it lost to 3D models that don't look like there's been any antialiasing at all. 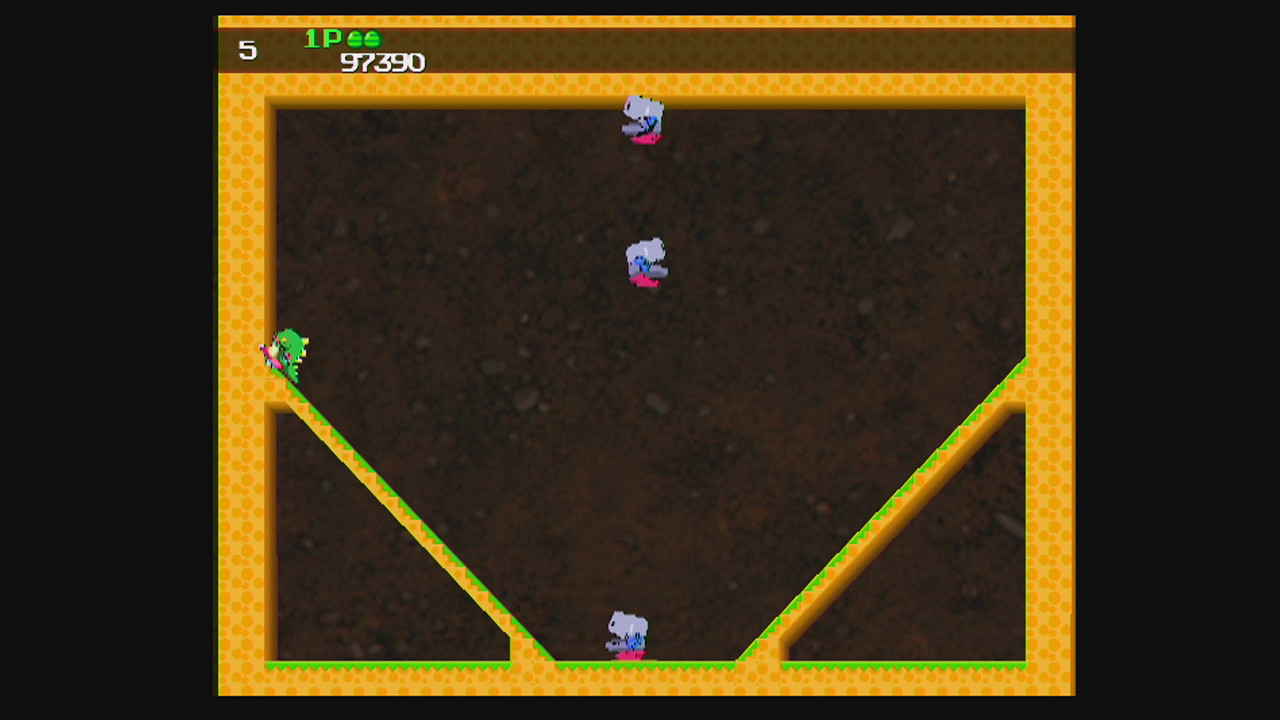 Konami's most relevant efforts include the Rebirth series: Gradius Rebirth*, Contra Rebirth* and Castlevania the Adventure Rebirth*. (Dtoid scores 7.5, 7.5, 8.5) What do you get when you give M2 - the people more recently behind Sega's 3D Classics series on the 3DS - a set of iconic Konami properties? You get these three games that look a lot like they could've been on SNES, except for the aspect ratio in Gradius Rebirth. From what I have heard, all three games are pretty short. All three work with the Classic Controller. For some reason, Gradius Rebirth is the only one that looks "sharp" for me - the other two have some fuzzy filter on top. 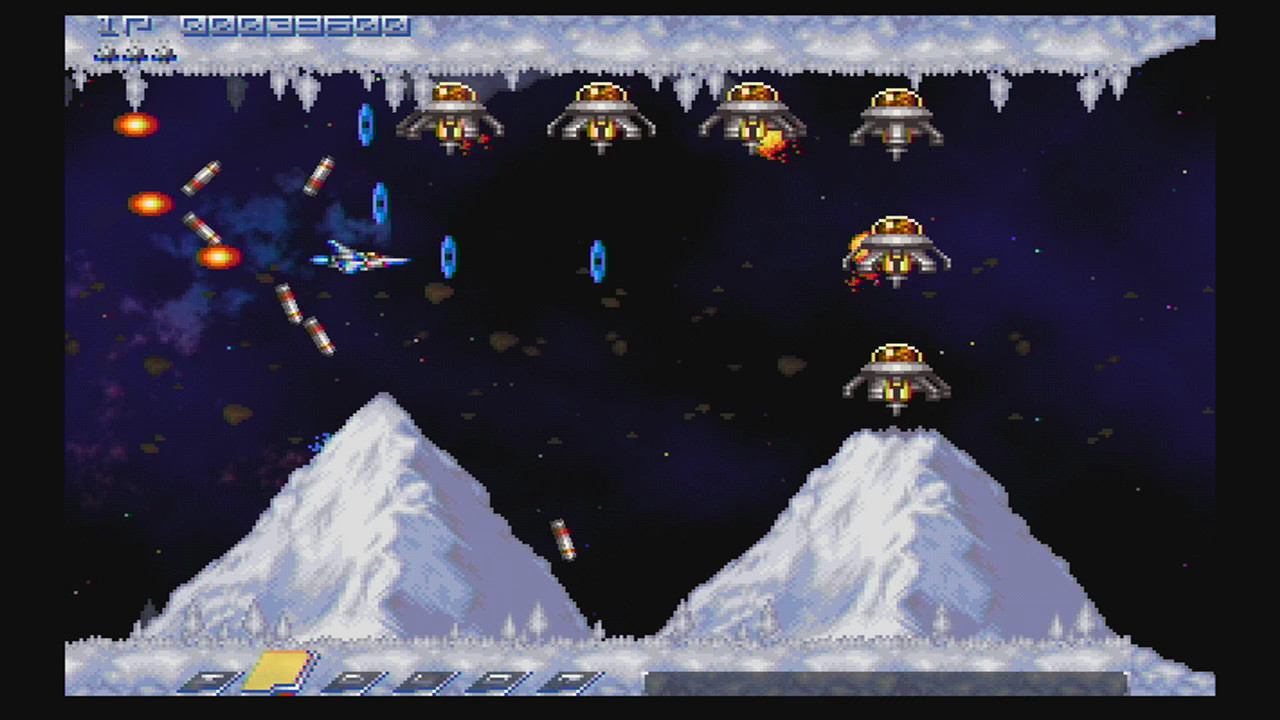 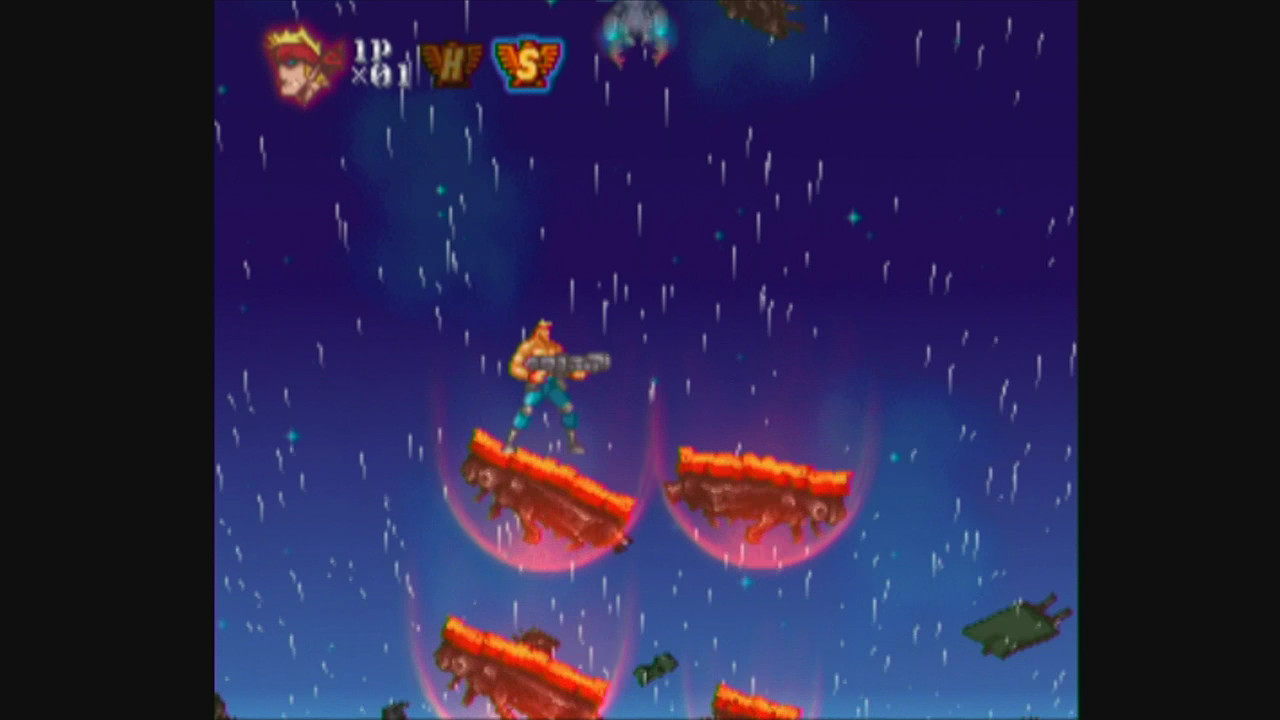 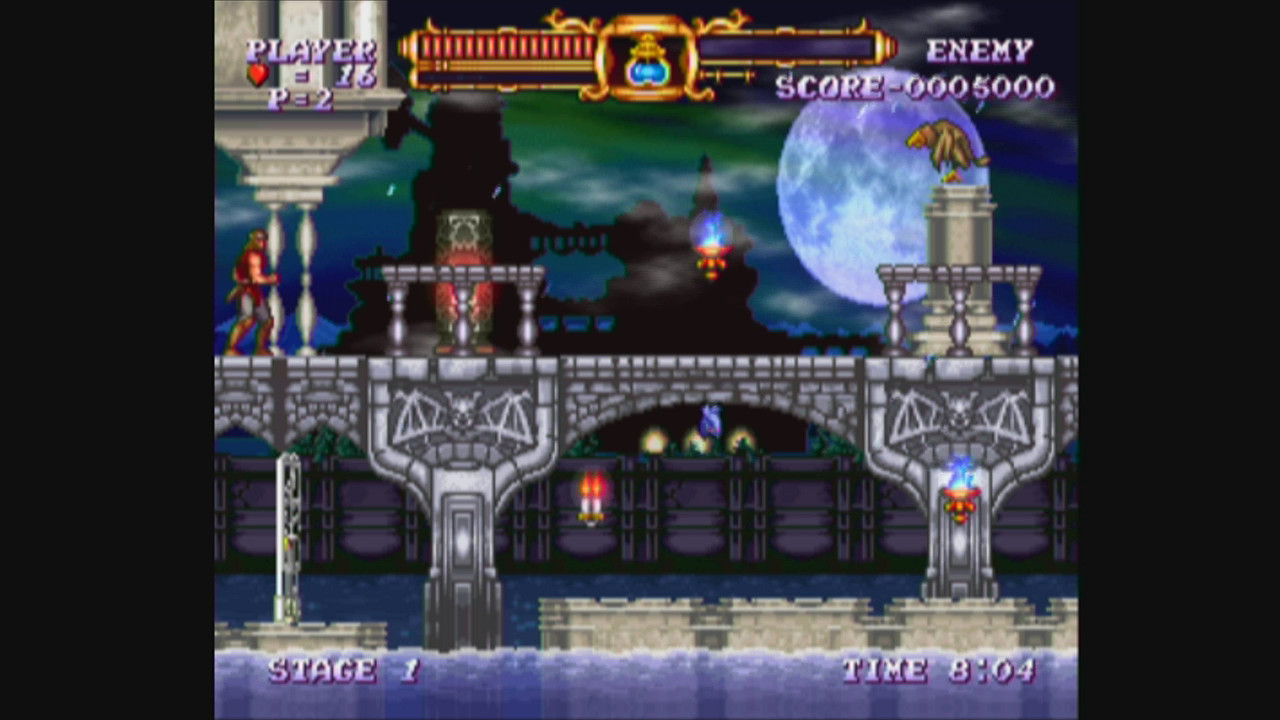 Frontier Developments, best known today as the studio behind Elite: Dangerous, created LostWinds 1 and 2. These are platformers where you create winds with the Wiimote, but from what I've heard, they're also pretty short, especially when you consider their price. (Destructoid gave the sequel 9/10.) But you can get both games for 15€ on Steam.

LIT is a game by WayForward. It's a puzzle game with apparent horror themes where touching darkness means death. I have played just five rooms so far myself, but it's OK so far. (Destructoid gave it 9/10). Steam has a 'demake' of LIT for 6€, possibly mobile platforms as well. 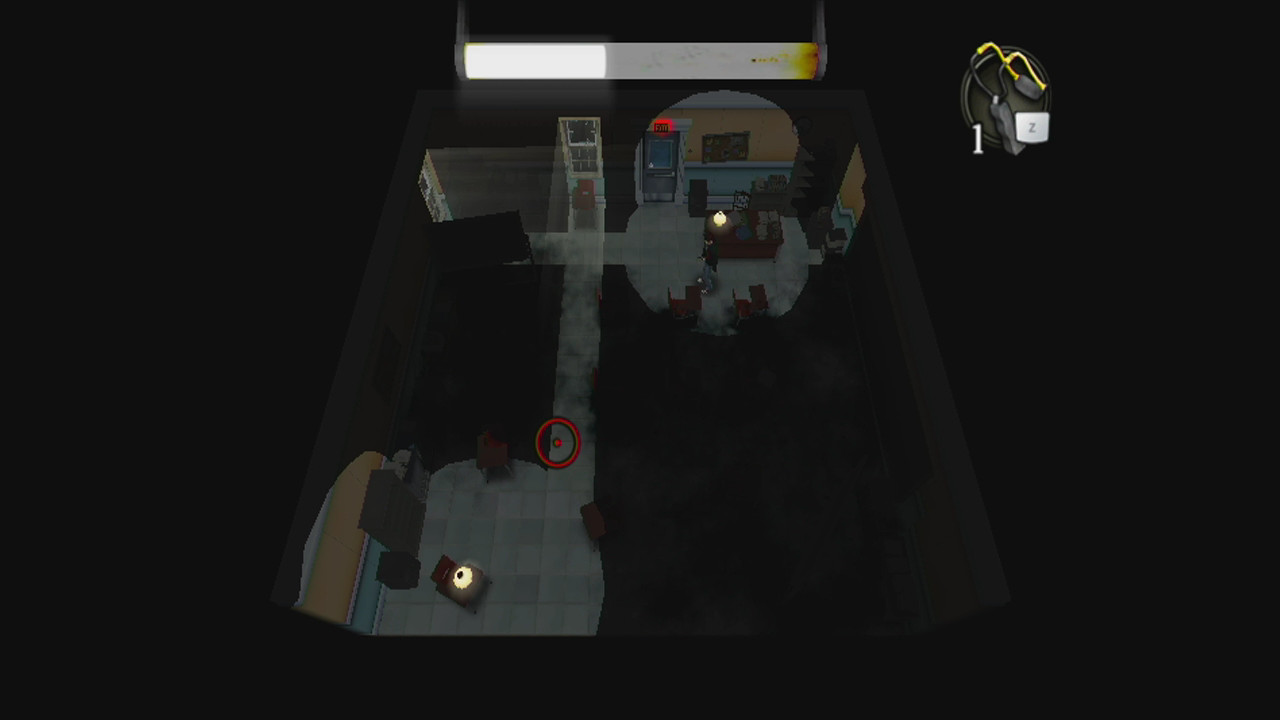 What to NOT buy

There are games that got reasonable reviews at the time but are firmly in the "avoid" category today for various reasons.

Onslaught* (6.0 on Dtoid) and Water Warfare are Hudson Soft's first-person shooters. Yes, they squeezed FPS games within the WiiWare size limitations and they are from Japan. While Onslaught has at least a single-player campaign, both have an online component which hasn't worked ever since the Wii's online gaming services, previously by Gamespy, went permanently down. Alternative platforms have far better titles to play today.

NyxQuest* (8.0 on Dtoid), or Icarian, as it was originally known, was actually a pretty fun game when I played it, but it has also been released on Steam for only 2.99€.

And Square Enix fails miserably with Rainbow Islands Towering Adventure. Not only is this available on other systems and most likely for cheaper, it's also a hideous version of the classic.

Megaman 9 and 10 have been released on that second Megaman collection, so there's no reason to get it here.

If you have too much money...

If you have more money than good taste, you might be interested in Muscle March* (Namco), Cho Aniki (Hudson Soft), Dead Moon (Natsume -- only because of the name, I hear it's meh at best), Tomena Sanner* (Konami -- but this was also released on mobiles). 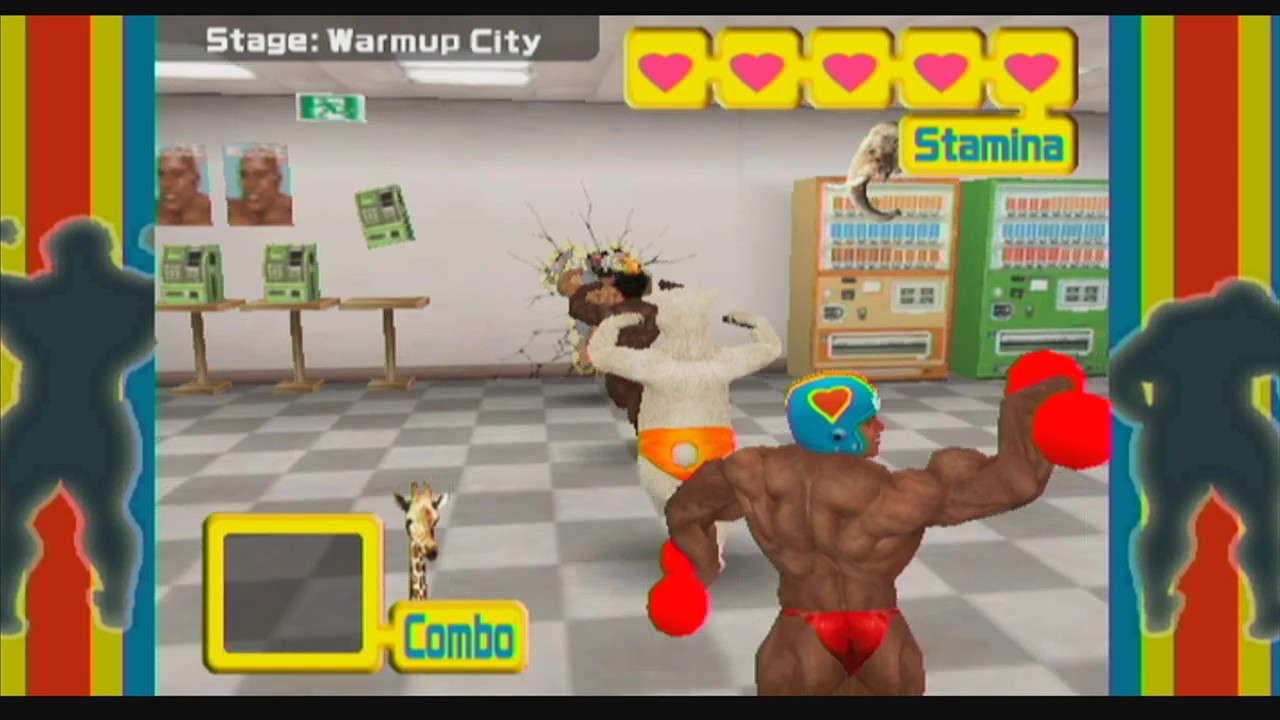 If you have a Wii Balance Board, there's Horizon Riders*, an on-rails shooter where you move sideways by leaning on the Balance Board and aim with the Wiimote.

In terms of some historical relevance, there's the TG-16 port of Fighting Street -- a home port of the original Street Fighter. It's also widely recognized as a poor game overall, so there's no shame in passing it.

There are many recognizable shmup names on TG-16 -- Gradius II Gofer no Yabou*, Gate of Thunder*, Lords of Thunder*. If you like the genre, go check reviews on these.

Megadrive side has Gley Lancer, which, I hear, is a pretty coveted horizontal shmup (meaning, the physical cartridge is expensive). Whether the game is great or not is a subjective matter. 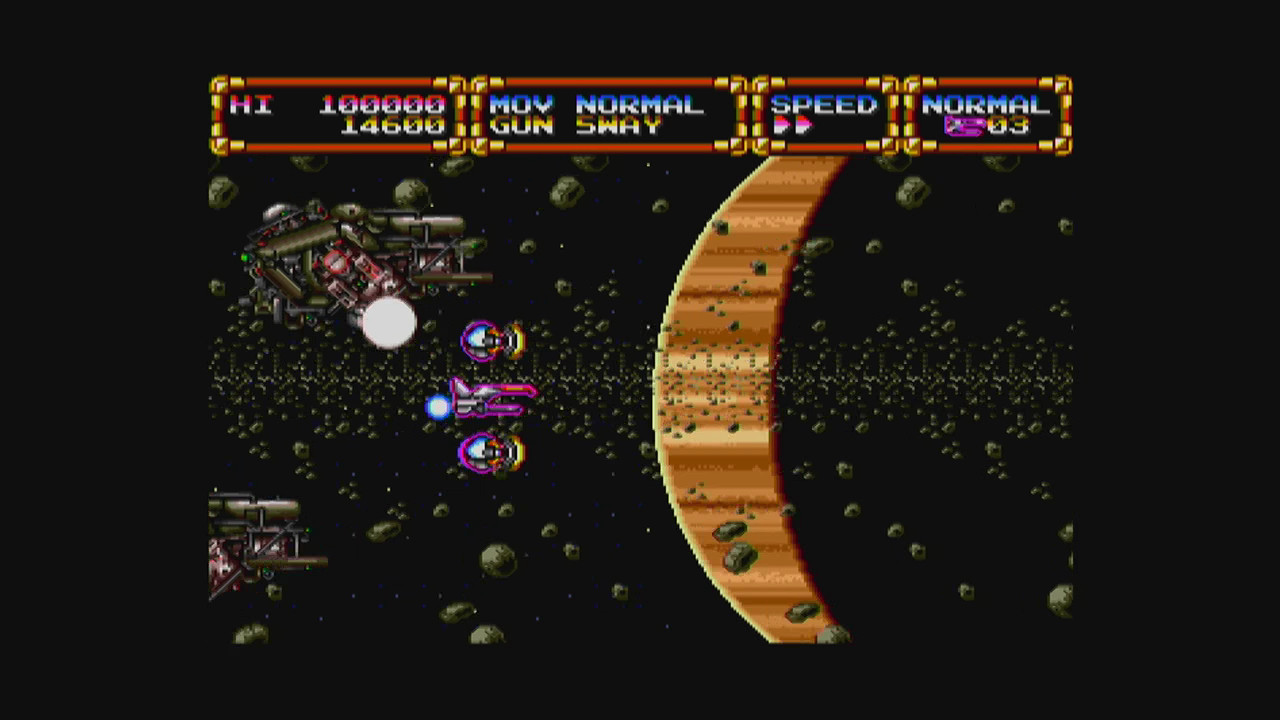 Spelunker (NES) came at the start of a long-running series and the latest in it, Spelunker Party, is getting a Switch demo this week. And that game has been out in Japan for a good while already.

I think that's about it. There are some more titles (like Mr Driller W, Driift Mania and ActRaiser*) that come to mind as extra titles to consider, but... I'd better draw a line somewhere.

For a shortlist, that's close to being too long.

Leave a comment below if you think I missed something worth mentioning. Meanwhile, I'll be playing some LIT.