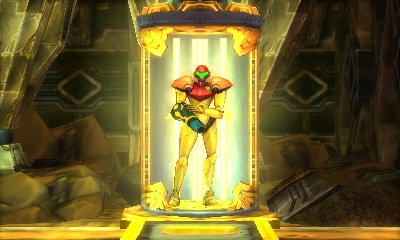 The announcement came as a bit of a shocker - for one that a new 2d Metroid game even exists, secondly that it's on the 3DS instead of the Switch! Here, I'll admit it, I was first to moan and cry on the forums. I had my concerns regarding the development team and the actual game being re-made. See Mercury's Steam record is not exactly what you'd want associate with a franchise as revered as Metroid and from the E3 footage it was clear the game's development is far along enough for any significant changes to be even a consideration at this point. Also Metroid II: Return of Samus was sort of an outlier, a game that did not follow the same kind of open progression of the others in the series.

I did what I could to help, which is crossed my fingers and placed a pre-order (something I never did before). As more and more in-game footage flooded the internets (BTW am I the only one who thinks Nintendo is showing too much prior to the games releases these days?) some confidence started to grow in me. As the package arrived on Friday I knew exactly what I'll be doing this weekend and as it turned out the following week.

As usual, thanks for reading and play some more!