Tangential learning: a process of self-education in which a person is exposed to a topic in the context of something they enjoy. Examples of this include wanting to read Lovecraft after seeing it get referenced in a movie or a TV show, or wanting to learn to play the guitar after playing Guitar Hero. And while it’s not for everyone, studies have shown that learning this way is actual one of the most effective methods of not just learning something new, but also remembering that knowledge for years to come.

The reason I’m telling you this is because for the longest time, I had a hard time remembering what I learned in school and an even harder time passing tests. I mean, I like to think that I’m not a complete idiot considering I have a Bachelor of Science degree in programming, but when it came to remembering facts and getting good grades growing up, I always struggled to get by, something that I’m still somewhat struggling with to this day as I go back to school.

Well, that’s not entirely true. Because between the time I was sophomore and a junior in high school, I passed World and US History easily, all while learning something about myself as well. And it was all because of a little game called Sid Meier’s Civilization IV. 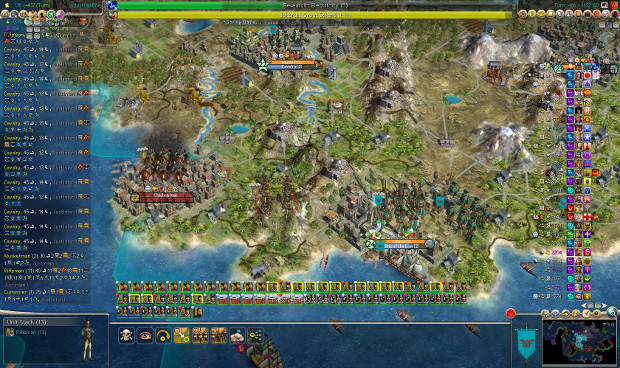 Now when I first got into Civilization IV, I had never really heard of the series, let alone heard of the genre “turn based strategy game”. Heck, the only reason I got it in the first place was because my local Office Max had it in the bargain bin with a bunch of terrible Nancy Drew games and generic 1000 Games in 1 collections. After literally finding this diamond in the rough, my dad asked if I wanted to get it. Hearing good things about the game, specifically X-Play’s glowing 5 out of 5 review of the game, I replied “yeah, why not?”

I was both confused and excited as I had no idea what to expect when I played it for the first time. What wonders could await me in this game? Will my civilization thrive and be remembered for all time? Will I be considered one of the great leaders alongside Washington, Napoleon, and Cesar? My excitement was building, and the narration by the late Leonard Nimoy heard at the beginning every time you start a new game wasn’t helping either. I was so excited!

Twenty turns later, and two of my cities were destroyed, the three that were left had people getting sick, barbarians had wrecked my defenses, China hated me because I couldn’t give them any spare grain, and India declared war on me and won because my capital was right next to their borders. Whoops. 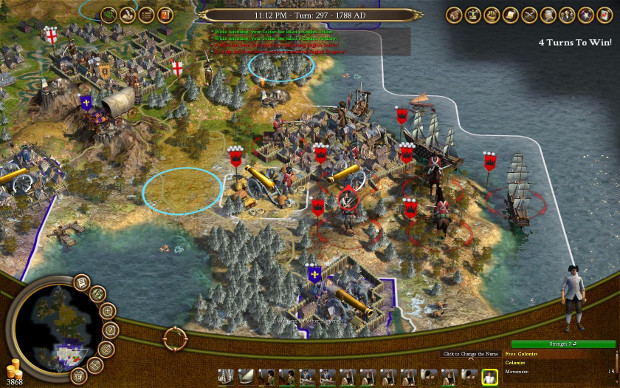 Needless to say, I didn’t do well my first time in Civilization IV. But I’d be lying if I didn’t have fun during my very brief stint as leader (though I’m sure my in-game people didn’t find it to be fun), and I decided to give it another try. I did the tutorials, learned some more of the game's mechanics, and after I lowered the difficulty to the easiest setting (don't judge me), I was ready to go. And I did so much better: I built my cities and structures in the right places, properly leveled up units, focused on making the right technology at the time, took advantage of the strengths my civilization had (America in this case), and waited until I had built enough of my army to tell India to shove off. I played it ever chance I got, and there would be times I would stay up later than I was suppose to unlock just one more new tech, almost being late for school one time because of it. But as I was playing, I began asking myself one basic question: who are these other civilizations and leaders that I keep talking to? And that was where things got really interesting.

Within Civilization IV is something called the Civilopedia, which goes into depth on variety of in-game topics, including the game's various leaders. I decided to look up a couple of them to see if I could maybe get some kind of advantage against the A.I. by learning about who they were. It quickly became apparent that wouldn't necessarily be the case, and yet that didn't stop me from spending hours upon hours of my time reading about these famous figures and what they accomplished, learning things about these long dead historical figures that entertained me just as much the main game itself. For example, did you know that Otto von Bismarck engineered a war with France in 1870 just to unite a couple of German states that were holding out on joining the newly established German Empire, or that Cyrus the Great, the ruler of the Persian Empire, issued a decree early in his reign that has since been recognized as the first declaration of human rights? These are just a handful of facts that I read up and learned about while playing Civilization IV, and while these facts didn't change how I played the game, I still have to commend Firaxis for not only doing their homework on these various figures, but presenting it in a way that made it interesting to read. And it was because of that latter point that I learned two things about myself after playing Civilization IV for so long: 1) I liked History and 2) I liked learning new things.

Now, I never really hated the actual learning part of school (just all the other stuff like going outside, playing, and interacting with other people), but like I said earlier, actually remembering facts is something that I struggled with, and still do to this day. But when I was playing Civilization IV, that wasn't the case. I learned and remembered historical facts, and while I didn't get an A in either World History or US History, they were both easily my best classes in high school. Beyond that, I found that I enjoyed knowing information and learning new things, which birthed my fascination with learning for the sake of learning, during my free time and what attracted me to enjoying various retrospectives of my favorite franchises, learning what went into these games that I loved, and watching YouTube channels like Did You Know Gaming and the Gaming Historian to learn the history of this medium that I've loved for years.

Civilization IV is an amazing game; the music is phenomenal, the gameplay is fun and addicting (so addicting), and the whole game just has a special charm about it. This is the game that got me into turned based strategy games (or really strategy games in general), but that it isn't the only reason it holds a place in my heart. Civilization IV showed me the joy of learning and understanding the world, that it could actually be fun to learn something, and that the reason I struggled in school wasn't because I was dumb or anything, but because what I was learning just wasn't clicking with me in the right way. I won't say that I'm a genius or that Civilization IV made me a better student, because those two couldn't be any further from the truth. But what the game did do was show me that that if I pushed myself, if I truly focused, then I could do anything. And that is a life lesson that is as timeless as the Great Pyramids or the Statue of Liberty.