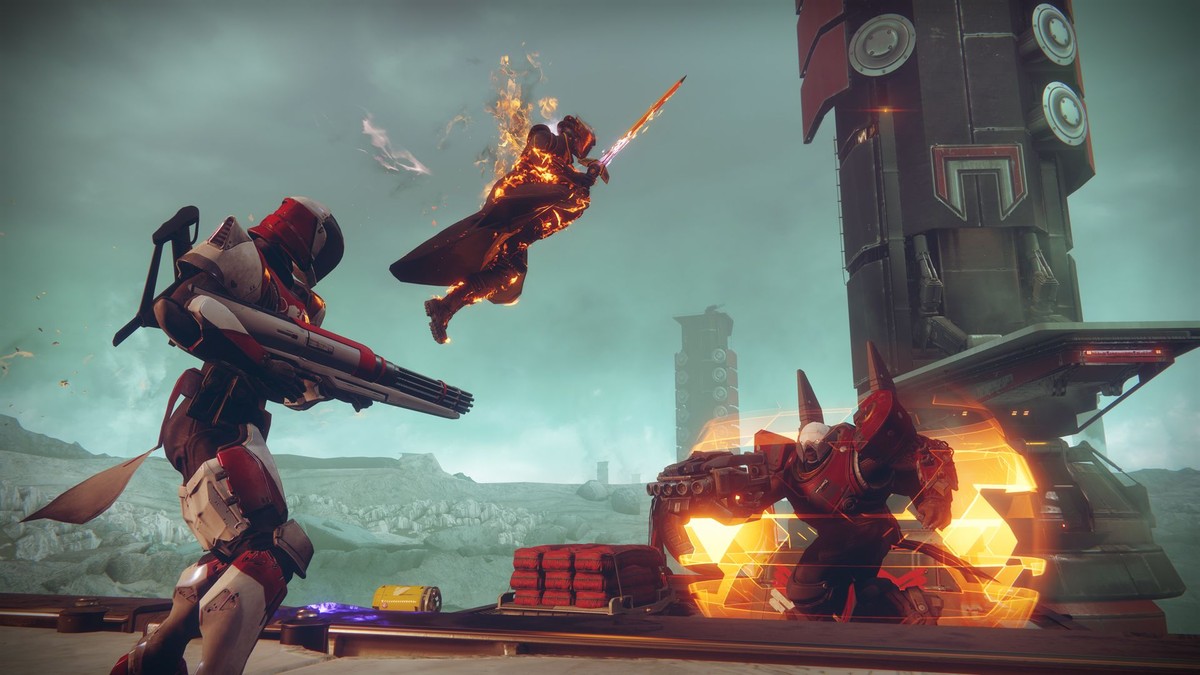 [Editor's Note: I have completed the campaign, almost fully-explored every hub (including grinding, public events, and incidental tomfoolery), completed several Adventures, but have done nothing past that. Take that for what you will. Some of my words may ring hollow given my debatable lack of meticulousness, but I felt I needed to say as such.]

There is absolutely nothing special about sparing a moment to spout your stance on a game as monumentally hyped and now polarizing as Destiny 2, the sequel to the monumentally hyped and eventually polarizing original. Nevertheless, this is a game impossible to avoid discussing. For better or for worse, people are playing it, people are talking about it, and it is going to be apart of our cultural zeitgeist for some time.

As for myself, the last time I took part in a launch event this large was probably back with Uncharted 4 and I will admit that scouring the nooks and crannies of Destiny 2 while it's still fresh has been a somewhat addictive prospect thus far. This particular brand of lootin' and shootin' is almost always on my mind, which makes it so strange to see folk clamoring that it is merely more of the same with little to no improvement.

With all due respect, given my personal experiences, I don't see it that way. I find that it far surpasses the original and in just about every aspect. Were this only more of what we got (or, rather, didn't get) with its predecessor, I don't think I'd suddenly be foaming at the mouth, as I write this, to get back to my Guardian and charge into battle for everlasting gain. 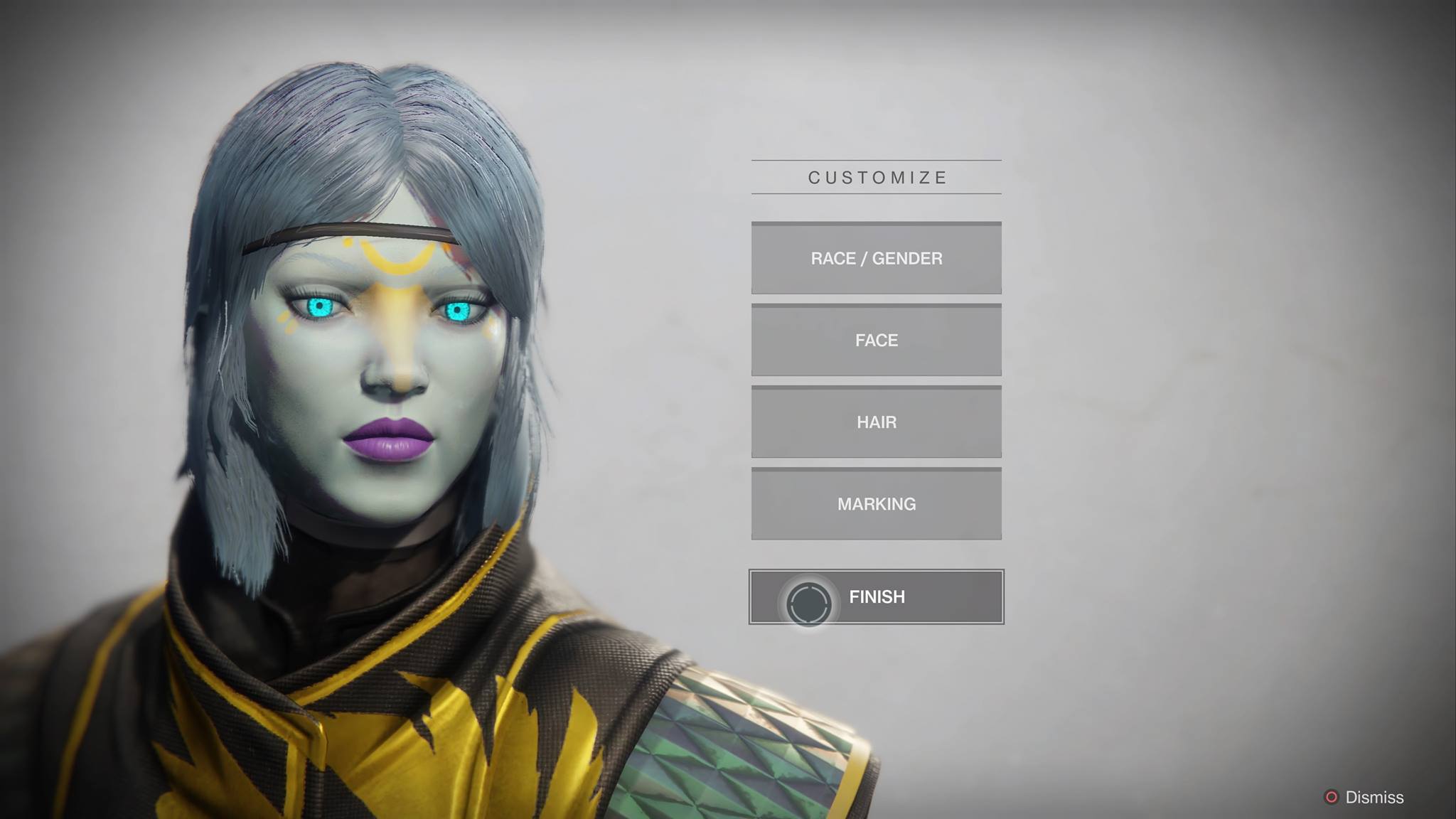 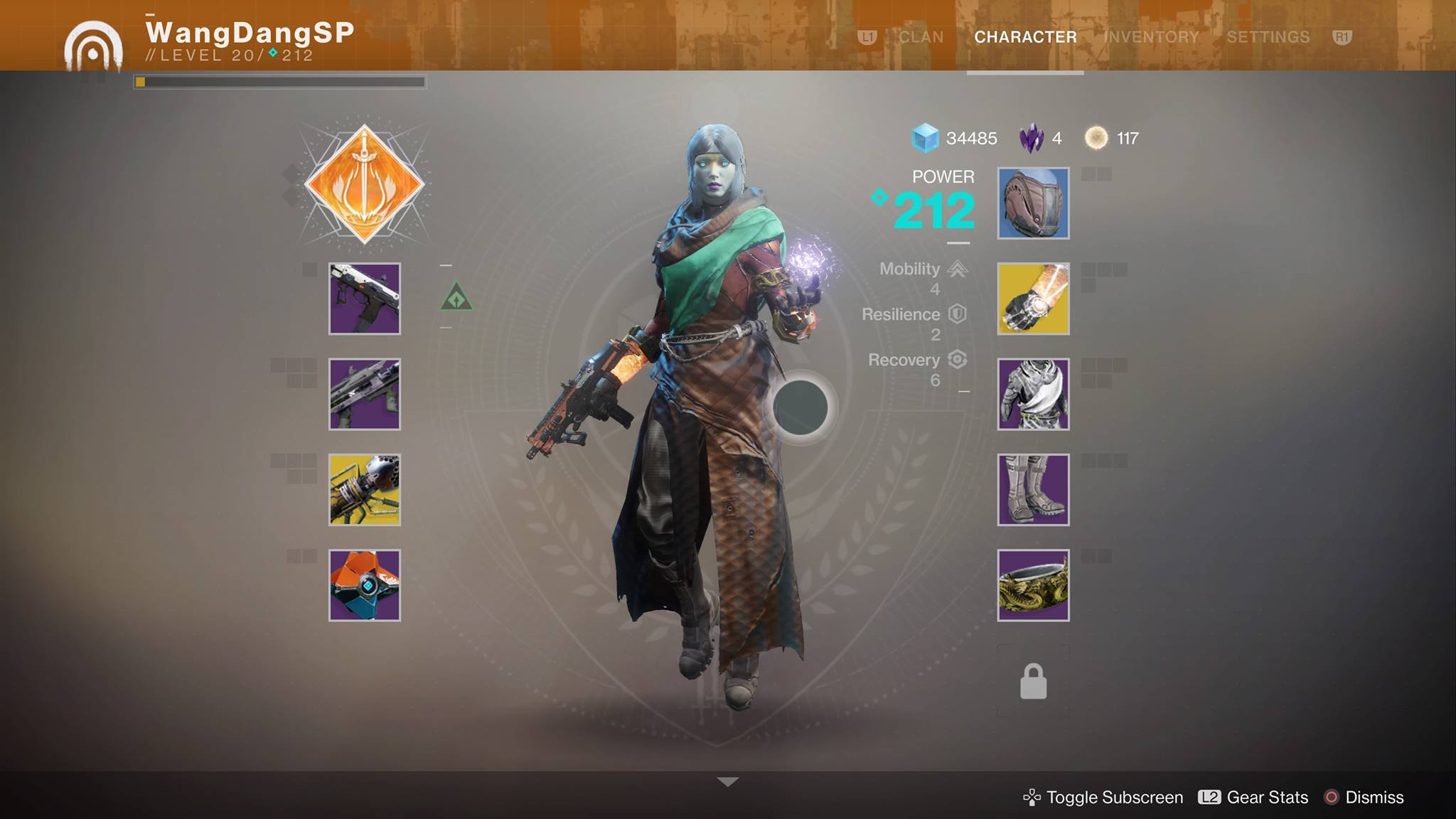 All media from here on is by your's truly!

My Warlock set off about two weeks ago, expecting that very "more of the same" just in case those reasons I bought into the experience so early on would come to feel unwarranted. However, as the game immediately asserted me into its first mission, I came to find it was a surprising blend of high-octane gameplay, solid pacing, fun level design, and (probably most surprising) verticality/plaforming.

Thankfully, this bleeds into the vast majority of the campaign, crafting an adventure far more engrossing than the previous. There's still a whole lot to this universe that I'm not being told when I should be, resulting in a lapse of concise storytelling within a narrative that's already of merely average quality, and there are a couple lackluster missions towards the latter half, but it's an exciting time on the whole. Everything about Destiny 2's campaign leaves the original in the Silver Dust. 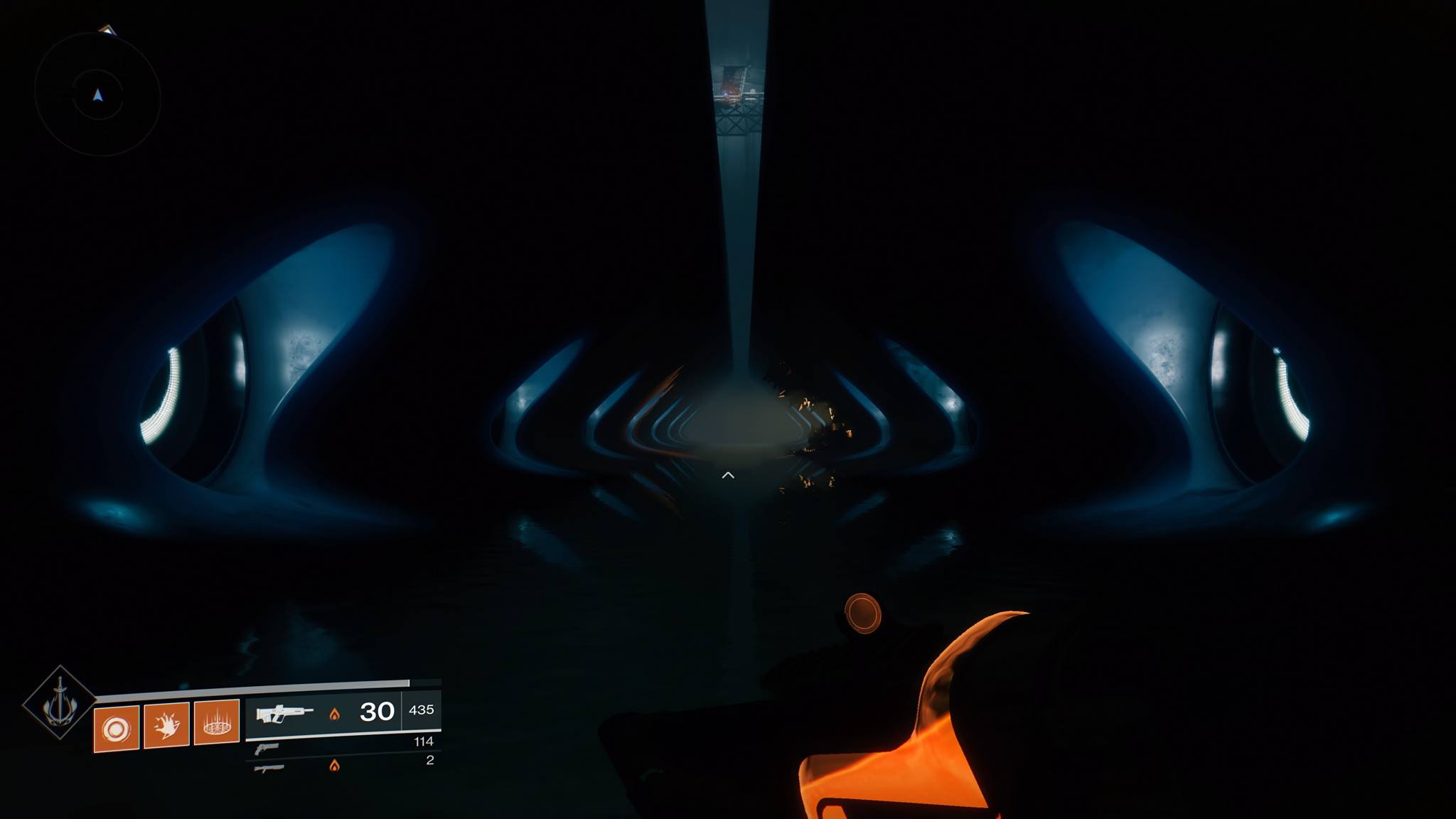 Moments of genuine tension, having a semblance of attachment to the characters, more objective variety than "make your way to the next holdout", basic quality standards that the original campaign sorely lacked. It was like playing another good Halo campaign with a refreshing coat of paint.

I actually was hit with a good slew of glee when my ears caught onto a familiar voice whilst watching Search Party a couple days ago and finally was able to place that Lance Reddick played Zavala. I actually cared that that was who played that one guy from Destiny 2! I actually now give a trap about most the characters this time! The original Destiny would be so lucky.

The aforementioned verticality and platforming deserve another though extra special mention for Destiny has always had the jump boosts and gliding mechanics, but the level design and hub worlds here utilize them to a much higher degree. I had a lot of fun pushing myself through heavy firefights by making creative use of my surroundings and that was part of what Bungie's previous titles were known for at their best.

Given Destiny's superb gunplay, all they needed to do was now build up everything around that and it feels like they've done just that with this sequel.

In Destiny 1, some of the most extreme examples of set dressing were dead spacemen with their faces exposed or some downed ship. Or, rather, that's just about all my eyes could notice amidst the overwhelming inoffensiveness of those hubs (they did sport some nice skyboxes, albeit). However, the detail in Destiny 2's hubs is far more ambitious and their overall design is leagues more inspired. It seemed that I was gawking at some new landscape at least every half an hour, all the way to level 20 and then some. 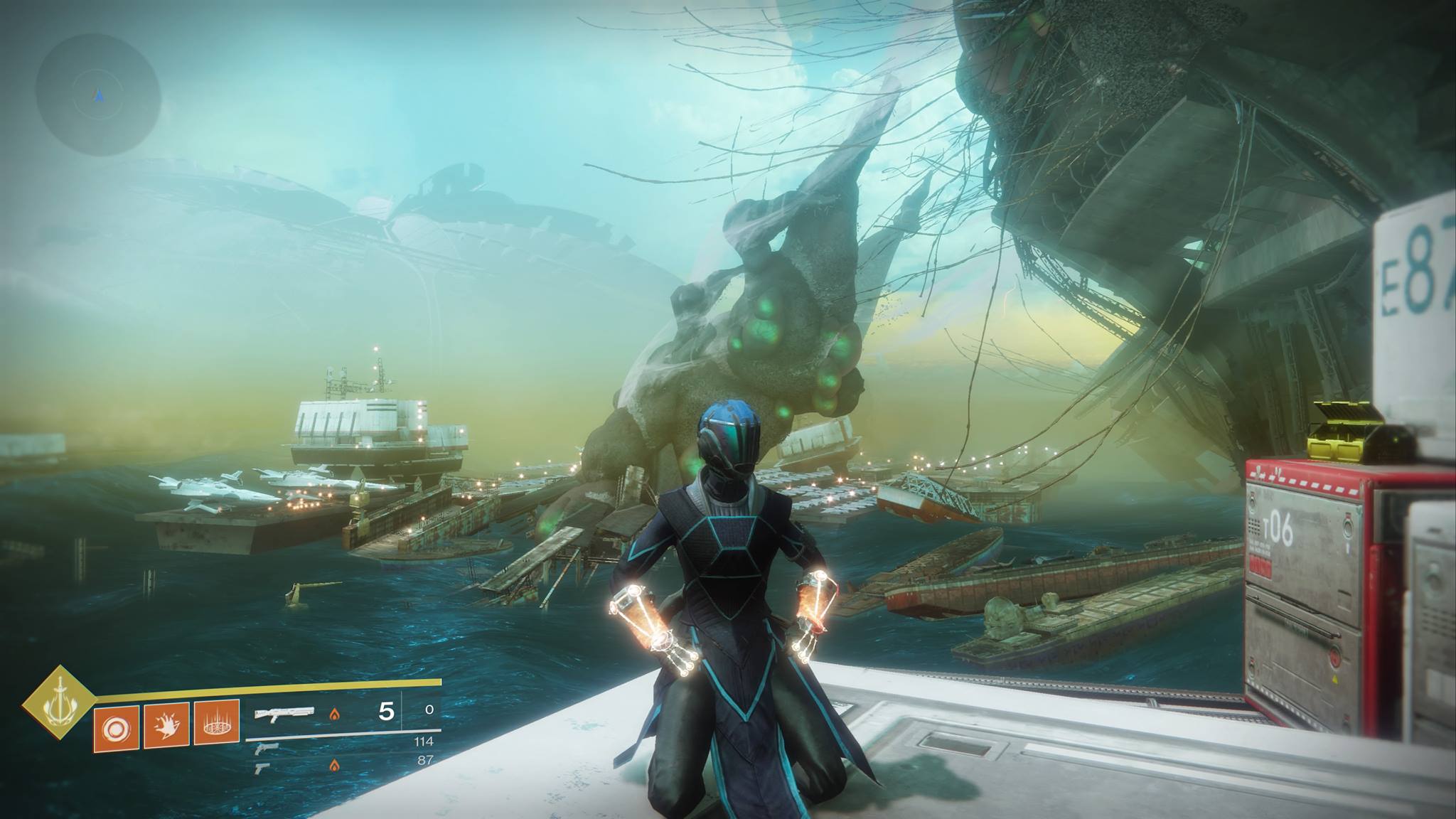 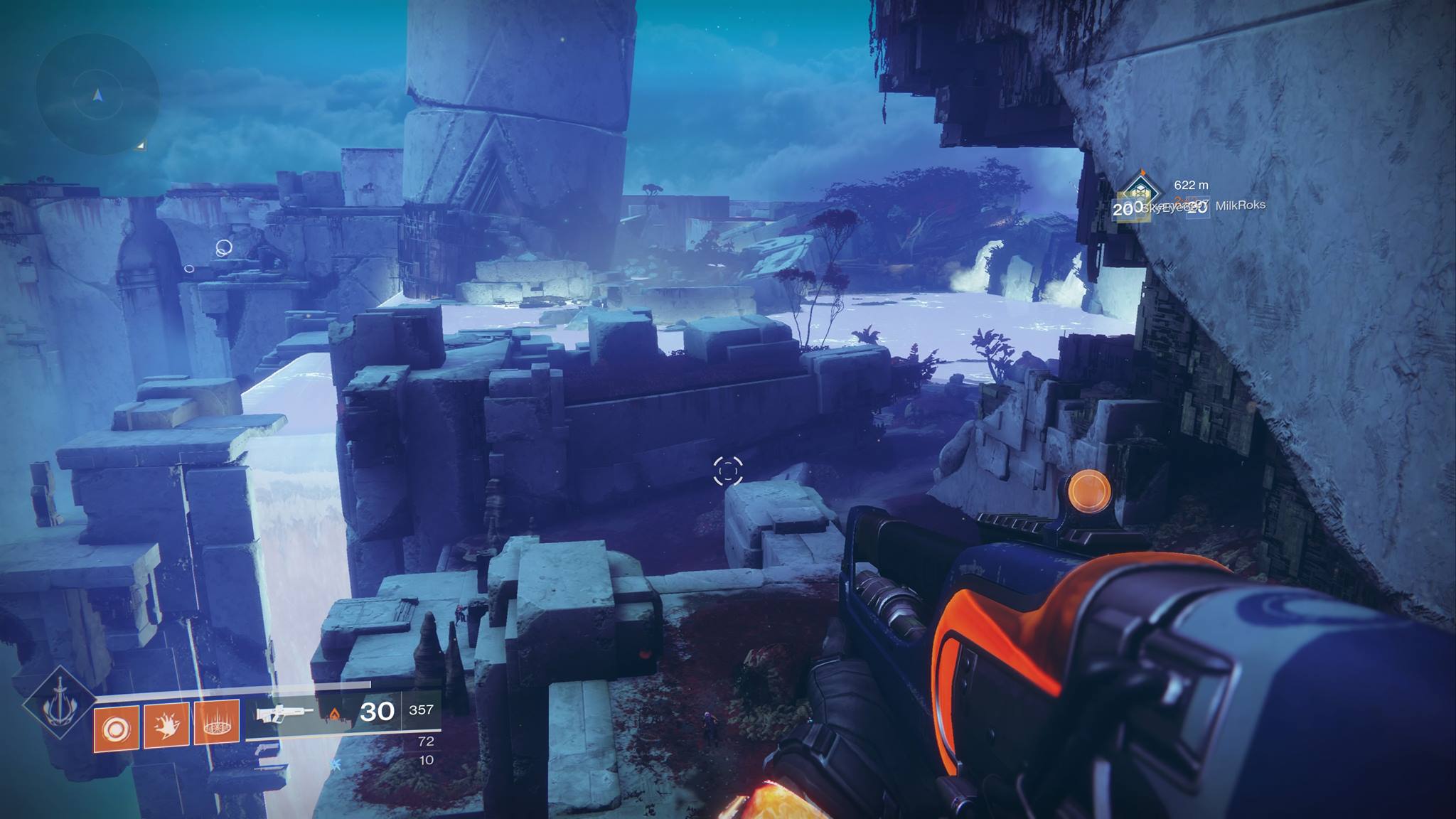 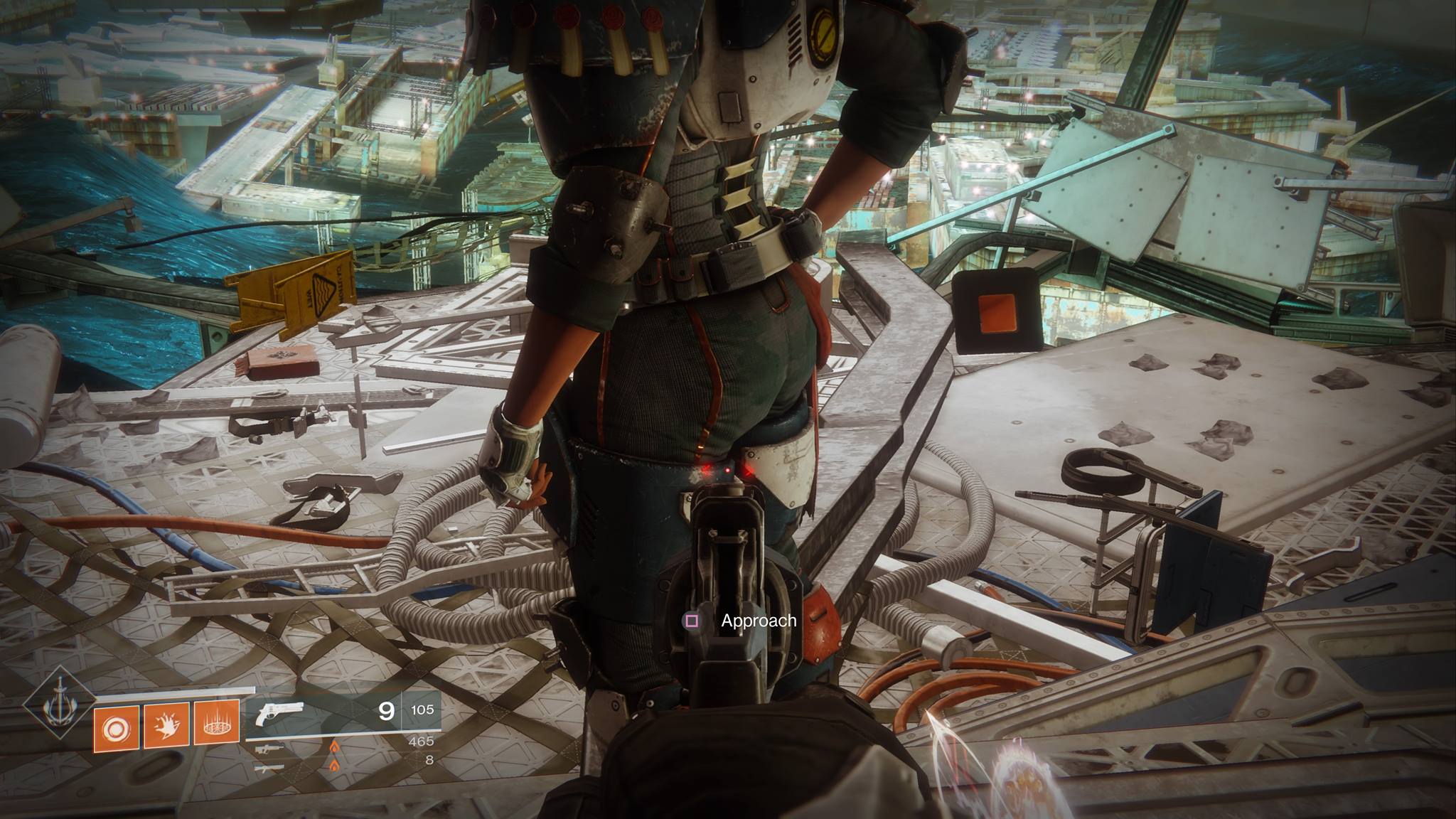 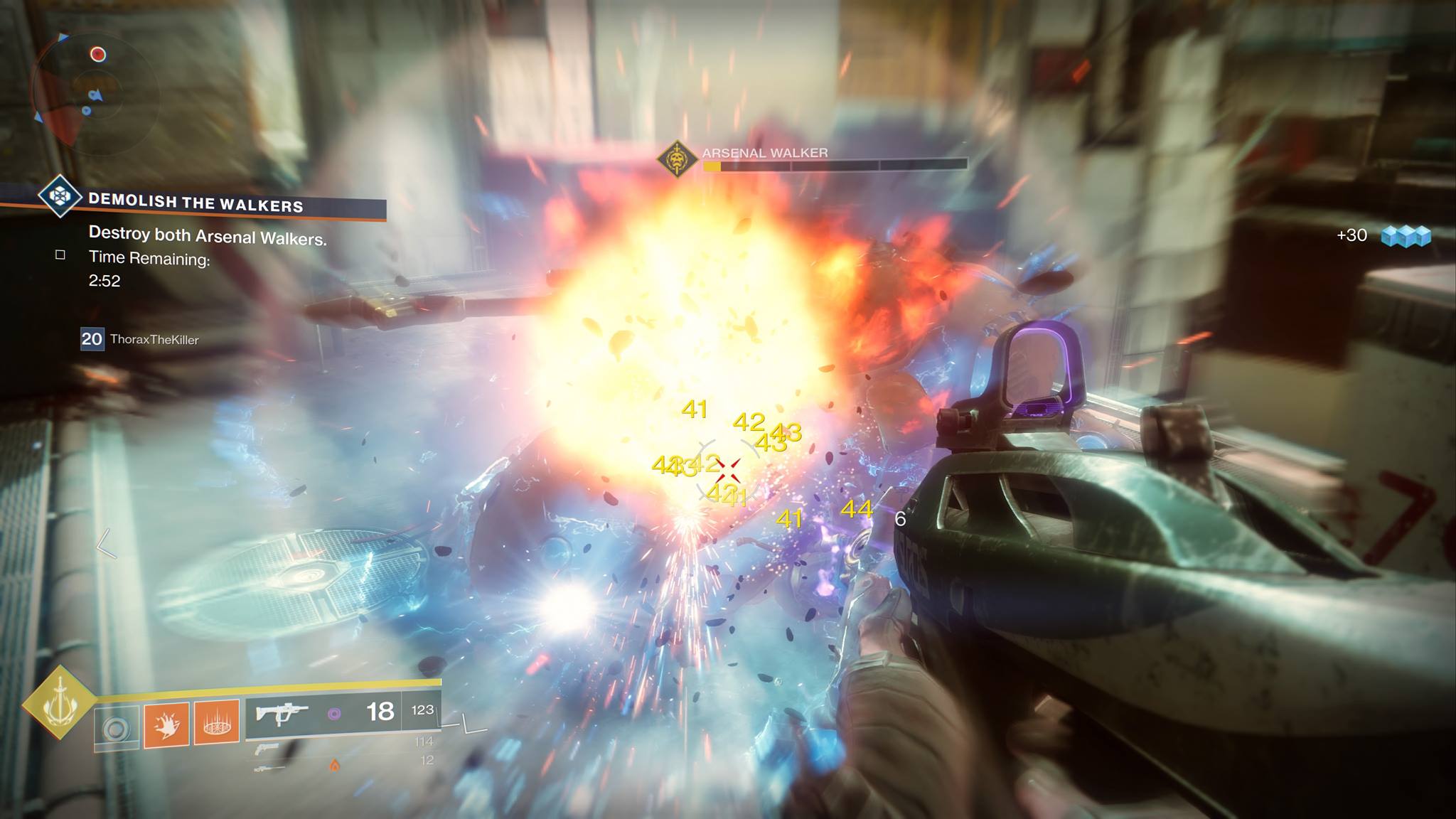 To think that there's still plenty more solo content to enjoy beyond the campaign! It's no longer just Patrols, grinding the same old areas for loot, or running Strikes solo for, now, we have all that plus Adventures. They are smaller campaign-like missions and just one of them has a hundred times more punch than any of the previous "campaign's" missions, all with their own variety of objectives and narratives.

There's quite a lot to do even if you only are out to do it solo! However, co-op enthusiasts are surely in for a great time as well. Most everything can be accomplished solo or whilst in co-op, with co-op very likely to extend your enjoyment and replayblity several times over. 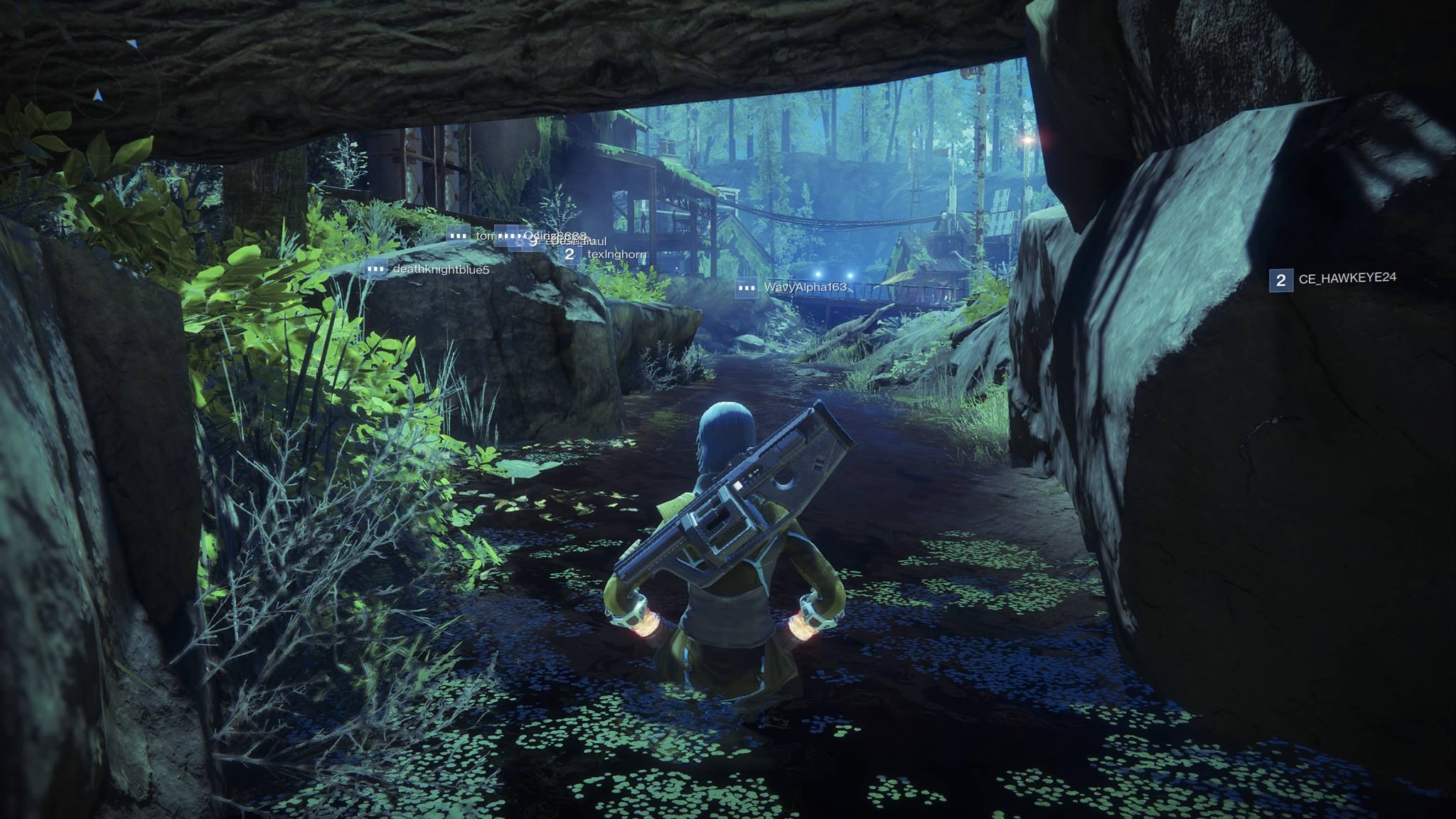 For all the praise I've shot at Destiny 2, it has shot back at me more than a couple times (besides the more minor gripes, some of which I've already been over).

The armor drops have been underwhelming, having only seen what feels like a handful despite my many hours of play. Not the drop rates, but the armor itself. I love decking out my player characters with personalized looks and catchy hooks, though 90% of my unique expression has come from slotting custom colors onto piece by piece or my weapons. Thankfully, the weapon selection does fare better.

Even those custom colors come via single-use consumables, blinging individual parts of your visage. As easy as it would be to spin this as a more freeing alternative to the all-over color schemes from the previous game, one sizable caveat is that these customizations aren't acquired nearly as simply as before and the other insatiably ginormous caveat is that it's plain to see this was part of Activision's plan to incentivize their revamped *blek* microtransaction economy.

You see, whenever you encrypt an engram you obtain from "leveling" past level 20, you do so at the same place you purchase "Silver" with real-world money. It's really disgusting and downright predatory in its implementation. One thing to have this at all (such a thing is bad enough as it is), but another to routinely drag you there to "subtly" interest you in their far faster way of obtaining these engrams and, by extension, those splats of additional color.

They're cosmetic, yes, but let us stop pretending that customization isn't important to a lot of people. Including your's truly. I love drawing attention with my gaudy pinks, purples, and blues and not only has it been made more difficult to obtain these personalizations, but they're wrapped up within an unnecessary ploy against the most vulnerable of our communities.

This sort of free-to-play marketing shouldn't be allowed within a product you may have well paid over a hundred dollars for. Ingulgence that is as impressive as it is nasty. I think we'd all much rather have an easier or more efficient method of obtaining these consumables than have them be as scarce as they are coupled with these microtransactions. 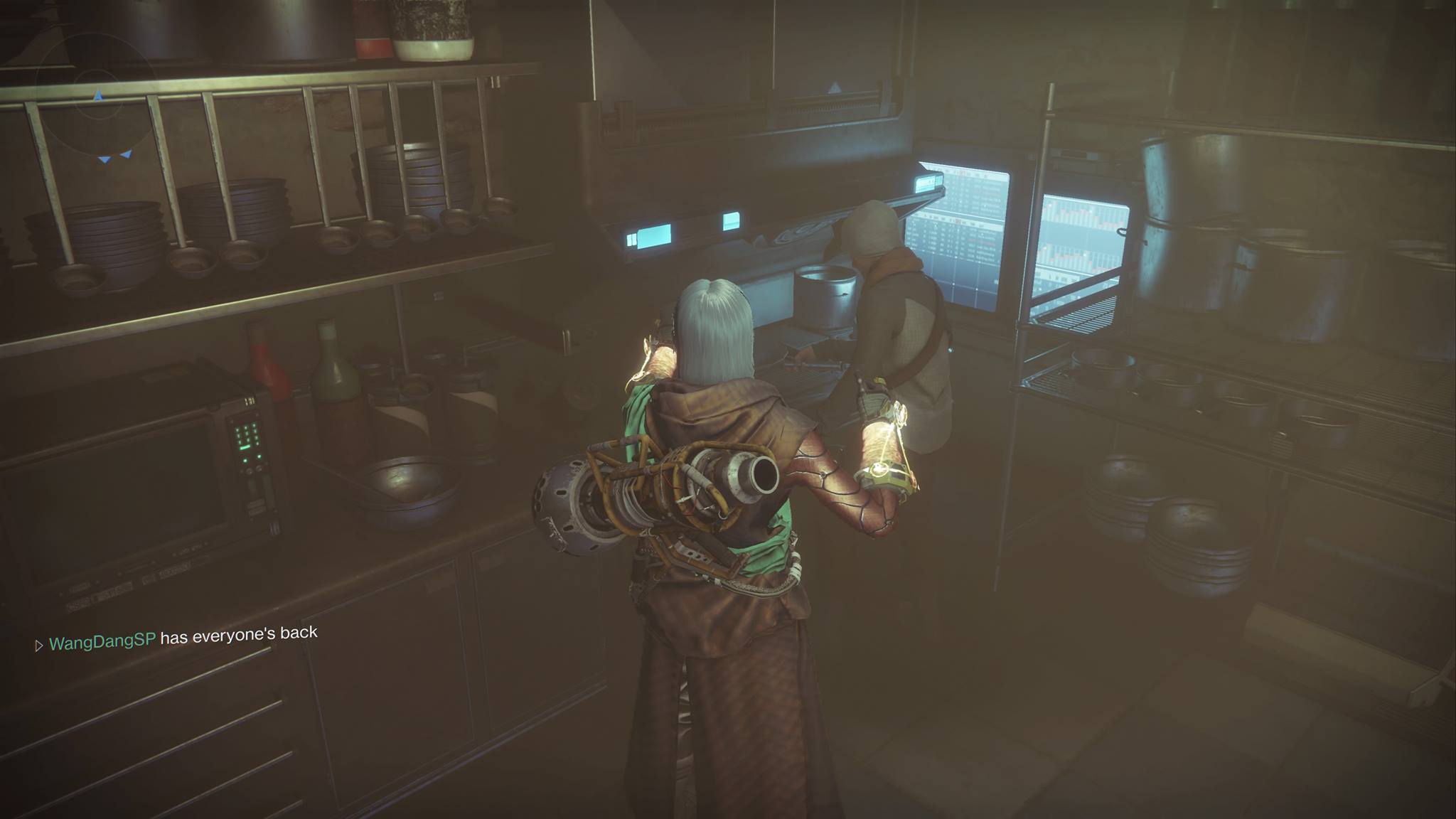 Still, I am very excited to see this game grow into an even more enthralling shooter, excited that I have a front row seat to it all, and excited to get back into the thick of it.

Destiny 2 is beautiful, engaging, bursting with content, and even occasionally humorous. On its own, it's a great shooter and, compared to the original, it's about a priceless work of art.