How does one approach meeting a legend for the first time? Does one just bow in respect without any reconsideration? Or does one go in blind, no expectations, no assumptions to evaluate whether it rightfully deserves the praise? 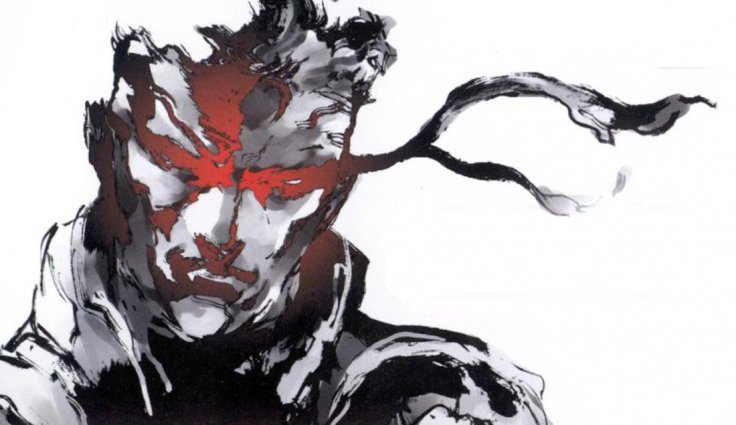 See, my history with MGS is a complicated one. I have always been intrigued by the MGS universe, but at the time of it's release in 1998 I didn't have a PlayStation, so I can't really say I've played the game much at the time it was most relevant. I remember playing it briefly on my friends console and than watching another friend play it on PC circa 2000. The rest of my knowledge on this title is based on what I've learned thru the years of following the gaming industry, having heard countless times how influential of a game it was, how it changed games narration and how it started the trend of marrying gaming with the movie storytelling formula. It comes as no surprise then that my first play thru was an intimidating experience, full of fun, frustration, discovery and appreciation. The question I wanted to answer was: Does MGS 1 still hold up with no nostalgia attached? Is it still a compelling gaming experience A.D. 2017? It's important to understand that it's a tall order to evaluate a 20 years old game in this context. Games as a medium are intrinsically connected to technology, and as such are often being held back by it at the time of their release. It goes without saying then that I won't be trash talking it for it's graphical appearance, as all first gen 3D games haven't aged well.

First things first - the controls feel a bit clunky, tank controls come to mind, although I do realize it's not a classic case of tank controls per se. This has a lot to do with the way the camera works in this game. As the camera goes from one shot to the other during gameplay the direction you are actually pressing will change with it and it can get confusing or at times frustrating. Example? You're crawling in the vents pressing up to move forward. As you crawl out of the vent the camera jumps to 3rd person with Snake facing downward and suddenly holding up means you're crawling back into where you just came from. This  can be particularly annoying in boss fights, where you'll often end up crushed by a Metal Gear, for instance, just because the movement is not consistent or you literally can't see your protagonist. Also till the very end of the game selecting items/weapons have been driving me crazy. Somehow every time I wanted to select the next item I pressed the opposite direction to what the game wanted me to. I swear, it's like the game knew exactly what I wanted and was actively trolling me going the opposite direction to what I needed to achieve. There's no escaping it - the camera is antiquated as the controls are. It's not unplayable by any means, but takes a lot of time to adjust and get used to.

The presentation of this game though is top notch. It was so ahead of its time at release that if not for the graphics you could easily consider it a modern title on that front. The voice acting is intentionally cheesy and it has the charm of a B-class movie (ahhhh, those sweet sweet rental VHS's with action movies come to mind), every character in this game is voiced and voiced very well. David Hayters performance as Solid Snake is impeccable and generally at no point in the game does the VO fall flat. The writing helps a lot in this respect as the dialogs are cheeky, funny and entertaining. Music is great if a bit monotonous at times, but it changes according to situation so it still does the job of building atmosphere pretty damn well. All the sounds have established themselves as something of a characteristic element of the series and all in all sound design in MGS is top tier. No complains here.

The story has some nice twists and turns and two separate endings (kind of, since technically they are the same endings) and is more than enough to keep your interest through the game, but it's actually the character progression that takes the main stage. Finding out motivations behind the villains fleshes them out so that you get a sense of real attachment to the MGS cast and it makes for a more believable, more cohesive world. There's a lot of loose ends in the storytelling, but it really doesn't detract from the overall experience - quite the opposite, one wants to dive in deeper and find out more about who did what, when and why. All of it is presented as in-engine cut-scenes with very cinematic camera work and Codec conversations which was unprecedented back then. Story-wise there is a lot to take in, but at no point is it overwhelming.

If I have some criticism it would be the game mechanics - getting shot from off-screen is never fun; the camera I've mentioned already; aiming a gun is unwieldy; some of the boss fights can get frustrating because of the controls instead of difficulty and sometimes it becomes obvious that the game has been developed at a time where analogue controls weren't standardised yet, especially noticeable in the Raven boss fight when you're supposed to use the remotely controlled rockets in a room that's clearly set up with D-pad controls in mind.

Ultimately MGS 1 is a great game in a desperate need of a re-master which will probably never happen. And it's a great shame if you ask me. As is, in it's original state, I don't see young folks drooling to play it let alone appreciate what it meant on the day of it's release. The harsh truth is the first generation of 3D games hasn't age too well and it shouldn't come as a surprise, since game design has matured in the last couple of decades and the amount of re-masters of old classics  is only a prove of that. Playing thru Ocarina of Time 3D (the 3DS re-make), for instance, made me realize the importance of this - I could still see some of the design decisions that you'd call antiquated nowadays, but it was by no means a show stopper and in general the game was an absolute delight to play even in 2016. Regarding MGS, I'm not entirely sure I can wholeheartedly recommend playing it today for the first time, especially if you're someone who doesn't remember 90' gaming. However, if you're curious how games became more like movies and how Kojima became the super star of gaming he is today I think you absolutely SHOULD play it. If only for the appreciation of a ground breaking game that changed how we perceive the medium, because ultimately, aged and rusty Solid Snake is still a pretty fucking cool snake, if you ask me.
Login to vote this up!