I finally beat XCom 2.  I wanted to provide a ‘review’ but I remember writing a blog a while ago where I said that user reviews are bullshit, so I wanted to run down some talking points about the game that I found out after beating it.

There are enough tuns 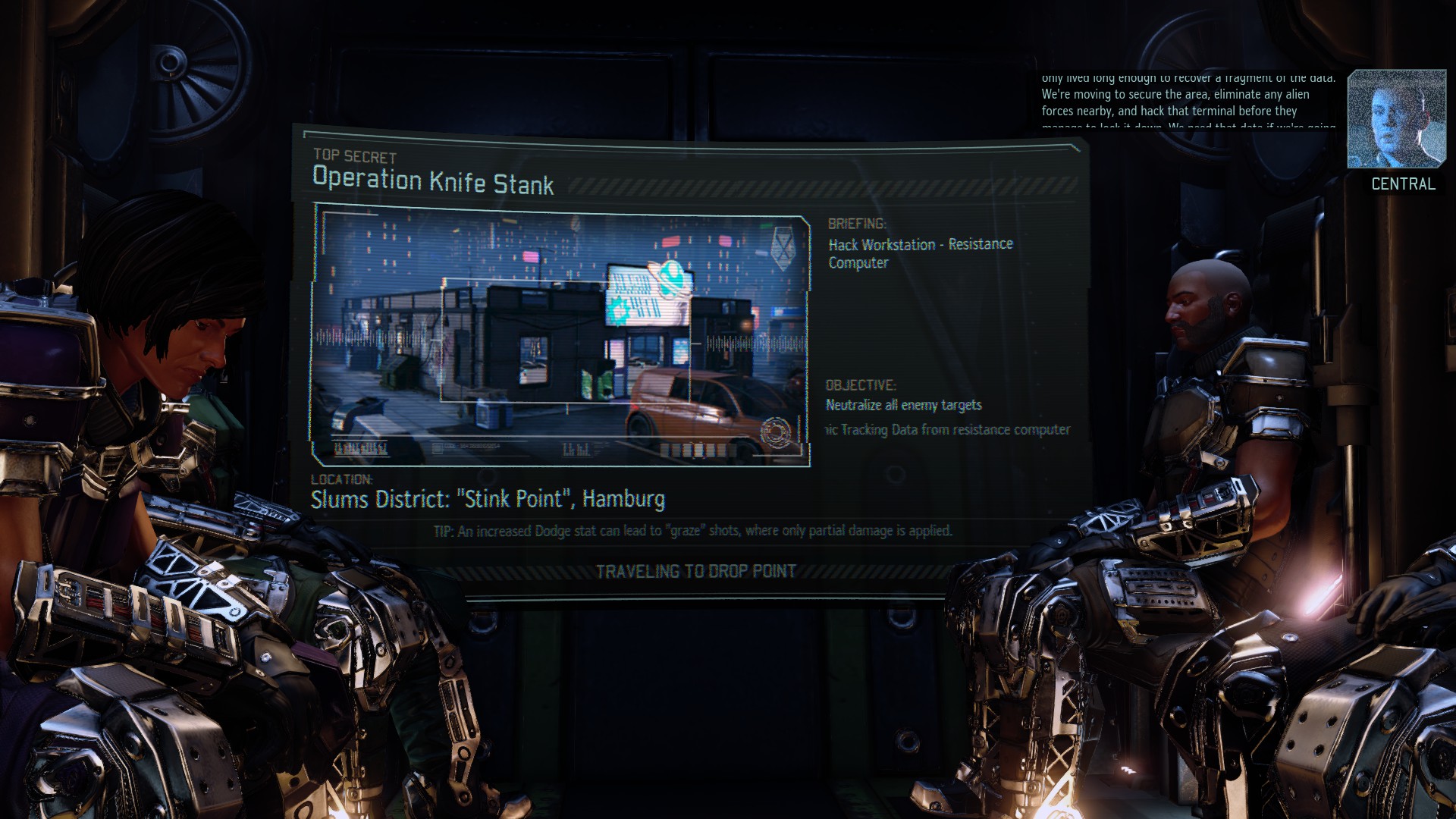 One of my chief worries with the game when reading through the reviews was that the majority of missions are turn based.  You can mod the game (easily, through Steam Workshop) to add more turns, or remove the turn limit completely, but honestly?  You get enough time.  There was one mission where I finished the objective on the last turn, and one where I had to suicide a soldier to complete the objective - the infamous “Operation Knife Stank”.  The post game provides stats with, among other things, average turns remaining on timed missions.  Mine, and the worlds, were at about 2.8, so really, it isn’t a difficulty as much as it is an incentive.  You could play cautiously if you crept inch by inch, but the limit winds up being not so bad.

Every new enemy is an unfair bastard

...and you kind of get used to it, but never really.  In the first game, you can capture an enemy to interrogate it, giving you new tech tree options.  In XCom 2, you get an item that really sounds like it will do that.  Instead, it spawns a new enemy, that gets to move on the alien turn (probably right after you tried to capture the guy).  The new enemy can teleport anywhere on the map, but mostly behind whoever your weakest soldier in cover is.  If you hit it, and don’t kill it, it splits into two copies of itself, which can also teleport and attack wherever.  One if its attacks is an AOE that unloads all the ammo in your guns, and hurts you if you don’t move out of it.  If you try and capture that alien, you get another similar enemy, except it ignores 2 damage and can regenrate 4 health a turn (the strongest weapons do 8-10 damage a shot).

Then there’s the enemy that has an obscene health and armor pool, charges your team, can 1 shot soldiers in melee (with what the wiki assures me is a low hit percent attack).  And when you kill it, it comes back to life, full health, without armor, and can do the same except now it leaves a trail of acid wherever it goes.

There are missions where you have to save civilians, and enemies that pretend they are civilians until you get close enough to them, then they transform into horrific mud men.  You have to get close to civilians to rescue them, mind you.

Then there’s a lowly ‘stun lancer’, a melee only enemy that can effectively kill a soldier from full health by knocking them unconscious, which is waaaaay too hard to cure - you can’t just have any soldier come up and slap him to get him out of it.

Even the old enemies suck massive amounts of ass.  The basic greys have more than double health, and can easily mind control your soldiers.  Crystalids can burrow now, remaining hidden until they are guaranteed to be able to attack you.

Can you strategize against all of these enemies?  Yes, easily.  But much like Dark Souls, the first time you encounter any enemy, it is going to kill you, possibly multiple times, possibly over multiple games, until you figure out its stupid bullshit.

In the first game, my strategy was to securely kill every enemy if possible.  I would get right up in their face with my mini gun, or plasma rifle, and it was a guaranteed 100% hit.  I understand with the sniper, that 2 feet from the enemy, it may be a crap shoot.  They removed that in 2, and now face to face with an enemy, when throwing out enough bullets to blow up a tank, you get maybe 80%.  You have to flank enemies (except the ones that can’t be flanked), or remove their cover in order to get a guaranteed shot.  And I have missed back to back to back 95% shots.  Multiple times.

The game always puts the screws to you 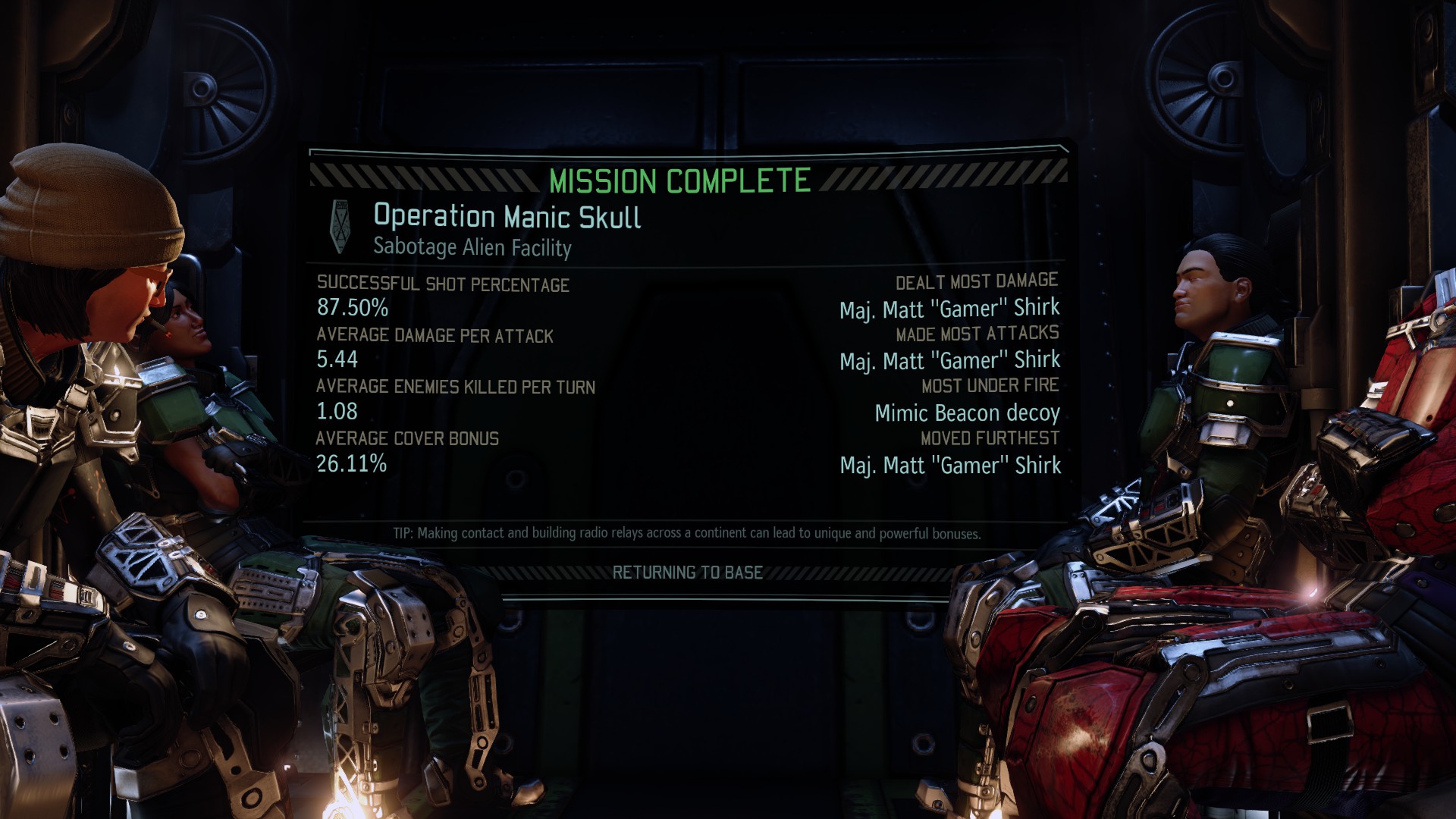 2 days before plasma weapons are ready?  Have a mission

Soldier recovering from a wound in 12 hours?  Have a mission

Just pushed back the doomsday clock by 1 hour, by raiding the most well manned base you have ever seen, escaping by the skin of your teeth?  Have a mission.

Every macro level decision you make is a compromise.  Every resource spent, and every staff assigned to a room could be used so much better, if only you had just a little more.  The entire game, down to the last action I made in the last mission, is hopeless.  The last shot in the last mission I made was a ‘make or break’ - if it didn’t hit, the enemy wouldn’t teleport, and my last soldier wouldn’t have a shot to take.  I would be overrun by 12 enemies from 2 different angles, and would surely wipe.  It was a coin flip to hit, and I got a critical, killing the last ‘boss’, and ending the mission and the game.

I have never felt a game more tense, more bleak, and more utterly frustrating, that I was compelled to continue.  Every new enemy was a nightmare.  Every uptick in the doomsday clock was too soon.  Every raid on civilians was unmanageable.  Yet somehow, I won.  It was not my favorite gaming experience, but it was a damn good one.