In my honest opinion (IMHO for you internet people) my favorite system that I own would have to be the Super Nintendo. There are few consoles that I spent as much time in front of than my SNES. I bought as many accessories for it as I could, including the Super Scope 6, the Super-Multitap, 4 additional controllers, and a 3rd party controller cause it had autofire. I have some of my most fond memories of games played on this system. Which will bring us to tonights topic for the Top 10.

As much as fighting games were prevalent in the mid 90s, there were a slew of solid RPGs and platform games made as well. Leaving off how much of a pain in the ass the final bosses for those fighting games were, tonight's list is my personal Top 10 Final Bosses in SNES games. Have a read, and I'll catch you at the end. Is there any more stereotypical bad guy than Dracula? He's the God of the undead (according to Castlevania lore) and a deliciously wicked character. The boss fight with him was your typical stick and move type like most platformers, but if you had trouble...you could always do what I did, chuck as many crosses as I could at the bitch's head. Eventually you win. The graphics and music for SCV:IV were damn good, the music is so good that I still have the soundtrack cycling through my iPod.

Ganon / The Legend of Zelda: A Link To The Past

Ganon, how many times must I beat you until you just go away? Besides the pack in Super Mario World, The Legend of Zelda A Link To The Past was the first game I had for the system. I can recall the late nights running through the dungeons, the almost fear of somem of the stages, the atmosphere, man I can almost taste what it was like to be a kid at this time all over again. The boss battle with Ganon was like any other final boss in a Zelda game, it'll require the use of many of your items. Just hit 'em til he's done.

I beat this game at a Target in Boise, Idaho long before I actually owned the game. I was impressed with this boss battle because it makes up for all of the other boss battles in the other Mario games. When you chuck the mechakoopa at his head and it pisses him off enough to fly towards the screen with all of the Mode 7 scaling...blew my adolescent mind. Then he eventually flips upside down and a fucking cannonball the size of his carrier just drops out! Holy shit, I love this boss battle. 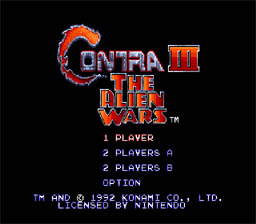 Sorry y'all, couldn't find a picture of the boss...that's how hard it really is to get to him. I can't stress how fucking hard this game is, even on normal mode, but on hard mode, you can just give me the straight-jacket right now. No THANKS! Though if you were one of the lucky few to make it this far and beat this mode, then you had one more version to beat. Yeah good luck with that...

If you never had any experience with Earthbound, then I truly feel sorry for you as a game player. Earthbound was a non-traditional JRPG that poked fun at perceived Western behaviours (you silly Japanese, we don't all eat hamburgers and hot dogs every meal!) the battle system was almost exactly the same as the Dragon Warrior system, except for the insane animated backgrounds. The last boss wasn't even a sprite on the screen really but the background itself. The way you beat him was getting the people of the planet to pray (sound familiar Final Fantasy?!?). Great damn game.

You know that you're in trouble in a boss fight when A. The music changes to an overture and B. The game has you organize your characters into tiers. The most satisfying moment of this game was beating Kefka, because then you got to enjoy the almost 20 minute ending...joygasm!!!

The Mana Dragon / Secret of Mana

It's really sad that the last boss of this game was the same dragon that you used to get around in the world. Even sadder than having to defeat your own pet in the final battle is never getting a chance to say goodbye to a member of your party. Damn for such a downer of an ending, I fucking love this game with every fiber of my being, I can't tell you how many hours I spent leveling up every weapon to the max and doing the same with each character and their magics. Utterly futile, but seemed worth it at the time though...meh. 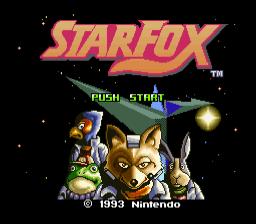 Who doesn't remember the boss battle with Andross? You get to his inner sanctum and all of a sudden tiles start flying past your ship to form a solid white wall, after a second or two the tiles form the face of the boss. While attempting to shoot the eyes, Andross will suck in matter and shoot it back at you, a 3-d nerdgasm for a 15 year old. After shooting the eyes out, the face disintegrates and leaves you with an erratic flying cube that you have to shoot x amount of times, though usually its never quite done with the first round, you have to go through it all over again. Great boss battle!

From early on in the game, you can tell that the final battle will be between you and this guy...your choice though is where and when you want it to happen. If you wanted to see many of the endings of the game, you had pick a certain time to fight him. Not only is there an outside form, but then you have to fight the alien form then finally hominid form inside the shell itself. It was only hard the first time through though, once you started a New Game +, it got rediculously simple. I can recall fighting him with just Chrono at the Millenial Fair when I stepped on the wrong transporter pod, and winning!

I can't adequately describe the fight with Mother Brain. At first it seems like an exact copy of the boss battle from the original Metroid game, then when you deliver what appears to be the coup de grace the brain's eyeball opens! This was a "what the fuck" moment for me, on top of that, the brain gets mounted onto a hideous looking body that proceeds to kick your ass. Well, the baby metroid you met earlier in the game comes to your rescue and drains the mother brain of its energy and gives it to you. It seems everything is over, but nope! Mother brain comes back and blasts the gigantic metroid. While the Metroid is dying...the synthesized kettle drums start in and all of a sudden BAM you have a awesome FUCK YOU beam that whoops up on the mother brain. Then after beating the brain, you then have to escape. One of the best boss battles I've ever experienced EVER!

Man, that was a hell of a trip down memory lane for me. God damn, I want to go home and plug back in the SNES and play these all over again. You tell me that that system didn't have staying power and I'll show you someone who John Wayne Gacy should have buried under the floorboards in his house. I thank you all for reading tonight, and as always if you have any suggestions for top 10's you'd like to see in the future, just let me know.
#Community
Login to vote this up!