SEGA was a video-game maker that had a very strong position in Brazil, hell those guys announced games and consoles at TV ( something nintendon't was not doing, we were a secondary market for them I think) . SEGA also had something Nintendo lacked , a local partnership focused on adapting their console experience to the local market, that local company is TECTOY ( still active and selling new mega drives -also know has Genesis ).

In Brazil SEGA made a solid base by dominating the market with the Master System II ( initially launched without games in memory), later versions ( made by Tectoy ) included Alex Kid In Miracle World in memory, the kind of move that appealed to the local market since games could cost up to the price of the console or sometimes even more (no kidding here , video-games were very expensive due to hyperinflation). 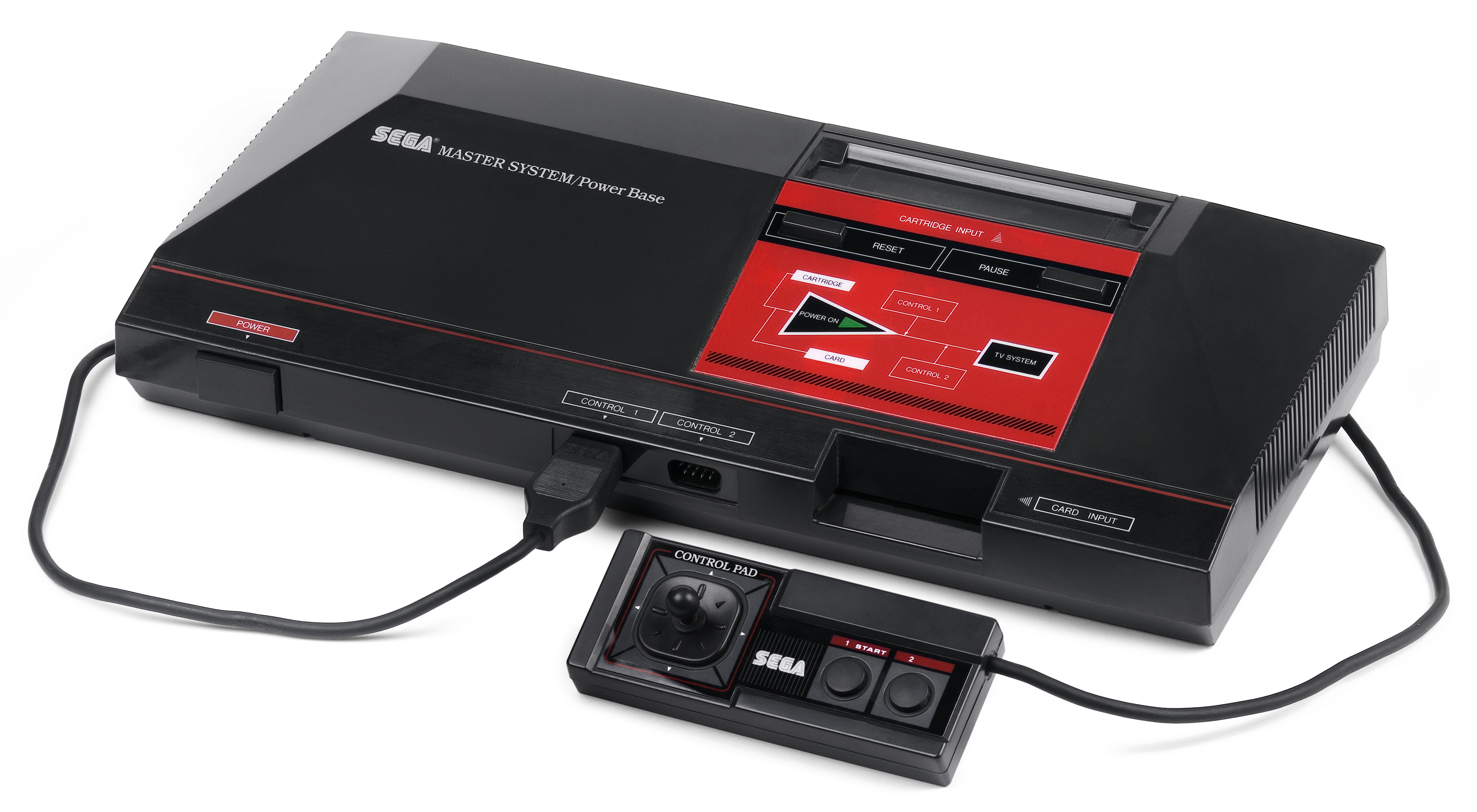 Yep this guy sold , A LOT (In Brazil)

This large Master System install base warranted SEGA a certain dominion over the local market and in turn SEGA made bold moves with its successor launching the Mega Drive here ( Genesis) almost together with its US launch, accompanied by games like Altered Beast  and Streets of Rage .It quickly became top of the sale charts and the talk at every schoolkid, blast processing in your face !

Its sound and colors impressed many kids, and while the SNES was coming right around the corner the loyal fans argued that the Mega Drive delivered experiences far beyond what Nintendo was allowing on its console ( like blood in Mortal Kombat !!).

SEGA and its partner TECTOY were making waves until the SEGA CD was launched, you see the idea was to extend the 16-bit generation with CD disks (that allowed for more impressive graphics and sound since it could store more data than cartridges) but the reception was... well not so good. There were lots of classics in there like Sonic CD and Snatcher  but the market did not respond to what SEGA thought was its card for 5 more years of triumph.

Many of us would give up right ? Let it go , and move on , BUT NOT SEGA , oh no boy . They wanted a fight to the death to keep the Mega Drive alive while they prepared the Saturn for market. So they launched the 32X addon which promised EVEN MORE POWER ! But it failed miserably to deliver its promises (poor 32x Doom). And thus SEGA abandoned the 32X to favor the Saturn putting the final nail in the Mega Drive coffin. 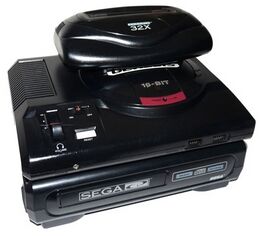 This monstruosity was all  Plan to take over the world

Poor Mega Drive died an honorless  death, but it shall be remembered for its 16-bit glory, not its failed addons. 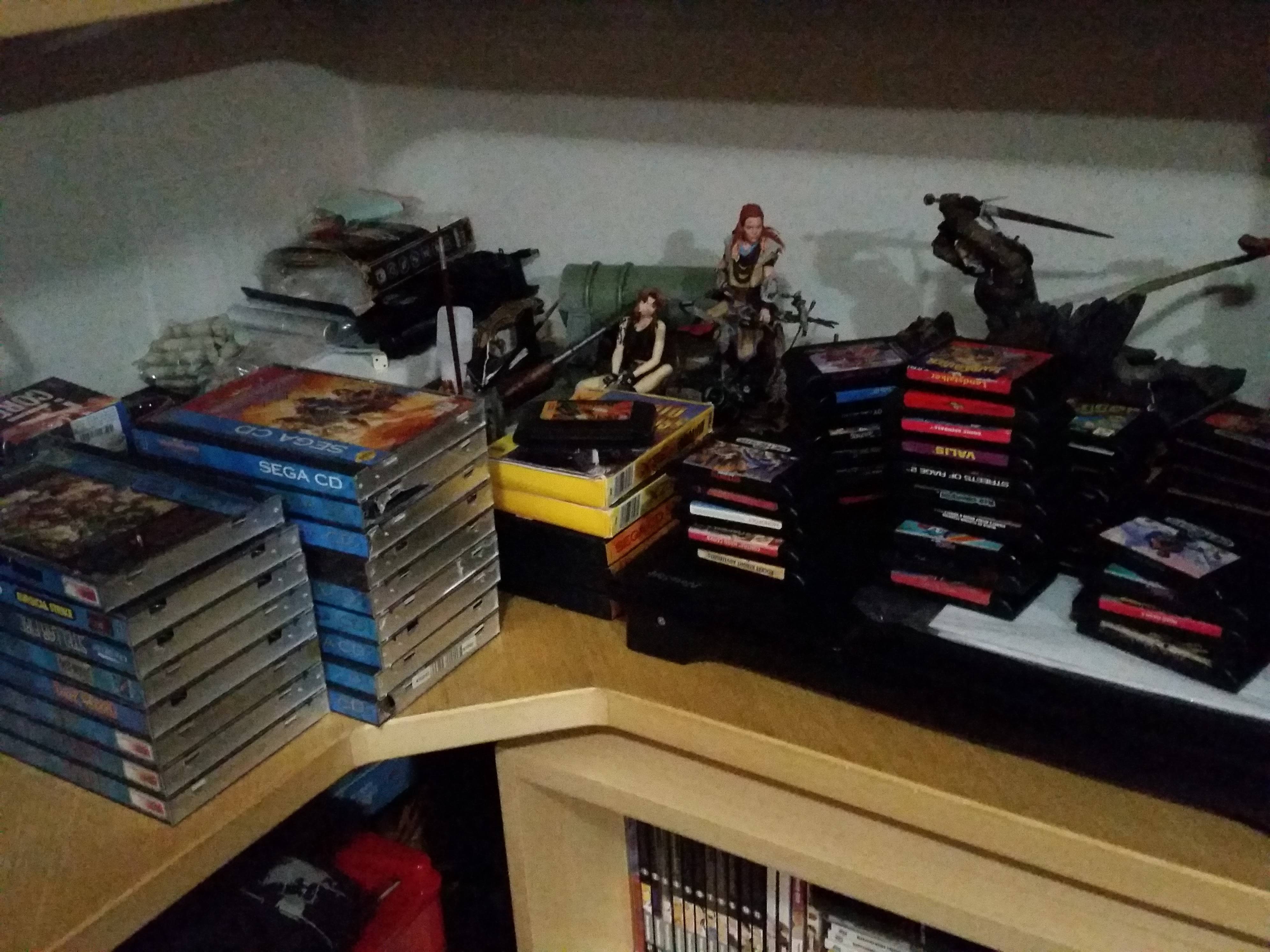 SEGA really knew how to make boxes ( not box art , boxes) these things were sturdy enough to survive YEARS AND CHILDREN . Turma da Monica were Wonderboy official "clones" with sprite changes and translated to portuguese. 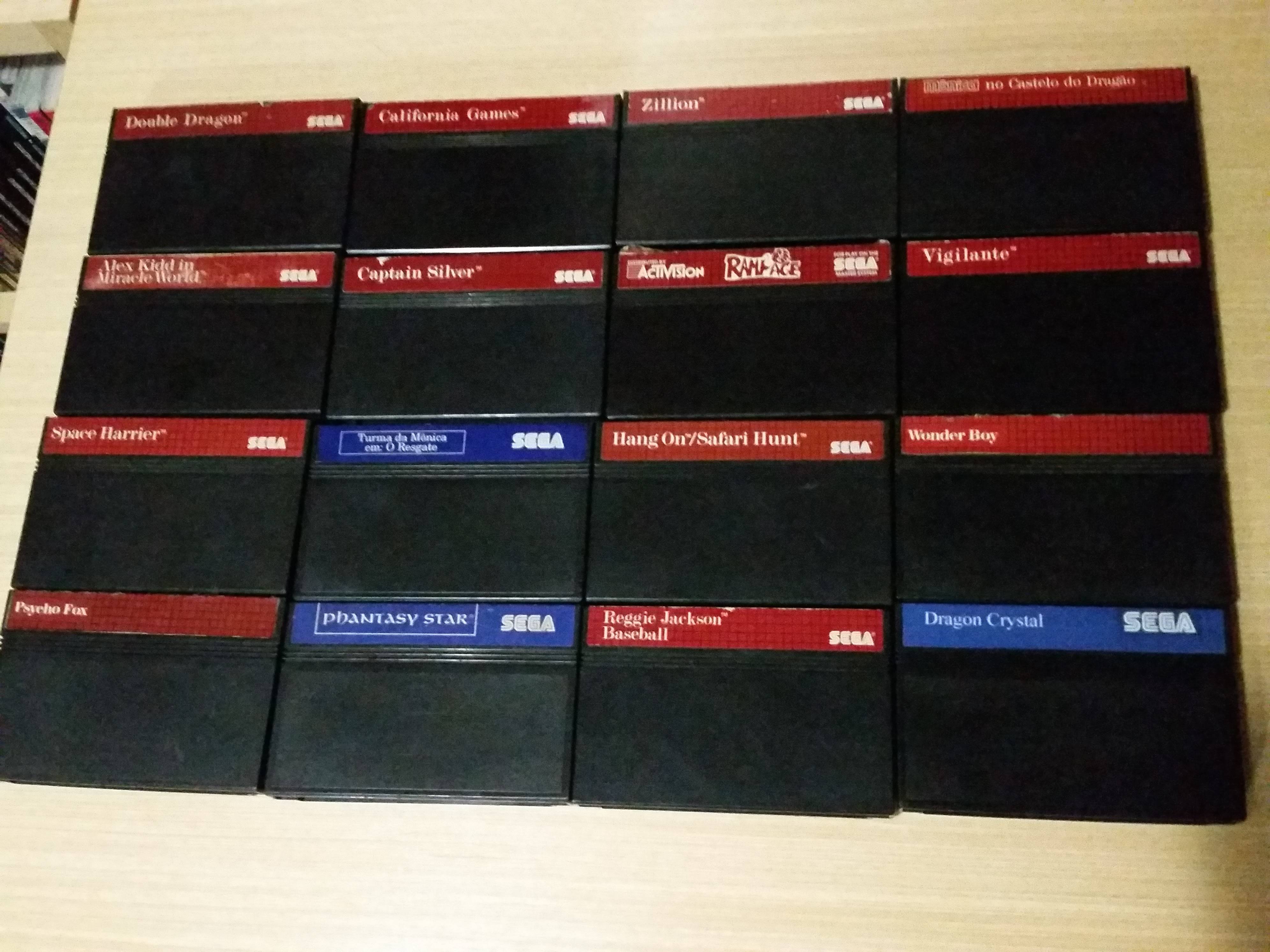 All my Master System Games, the ones I loved to play when I was a child. Specially Zillion which had a anime at the time that showed up on TV ! 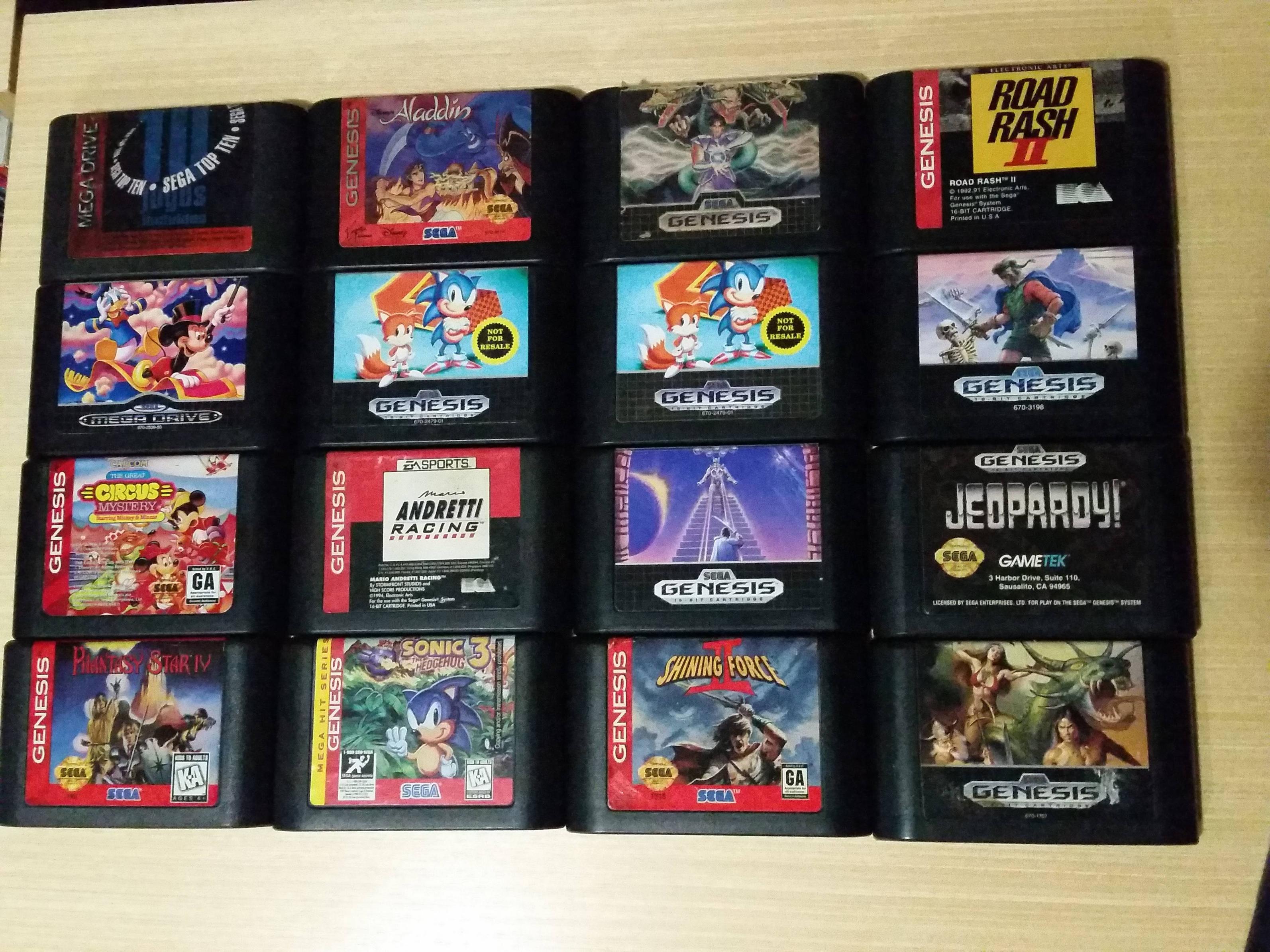 And here starts the Mega Drive collection , the Phantasy Star franchise ( that started in the Master System) is a very nice set of games everyone should play at least once. Also the music of Phantasy Star IV is superb !

Mega Drive Aladdin is best Aladdin. There's 2 of Sonic 2 because usually it comes bundled with other games I bought. 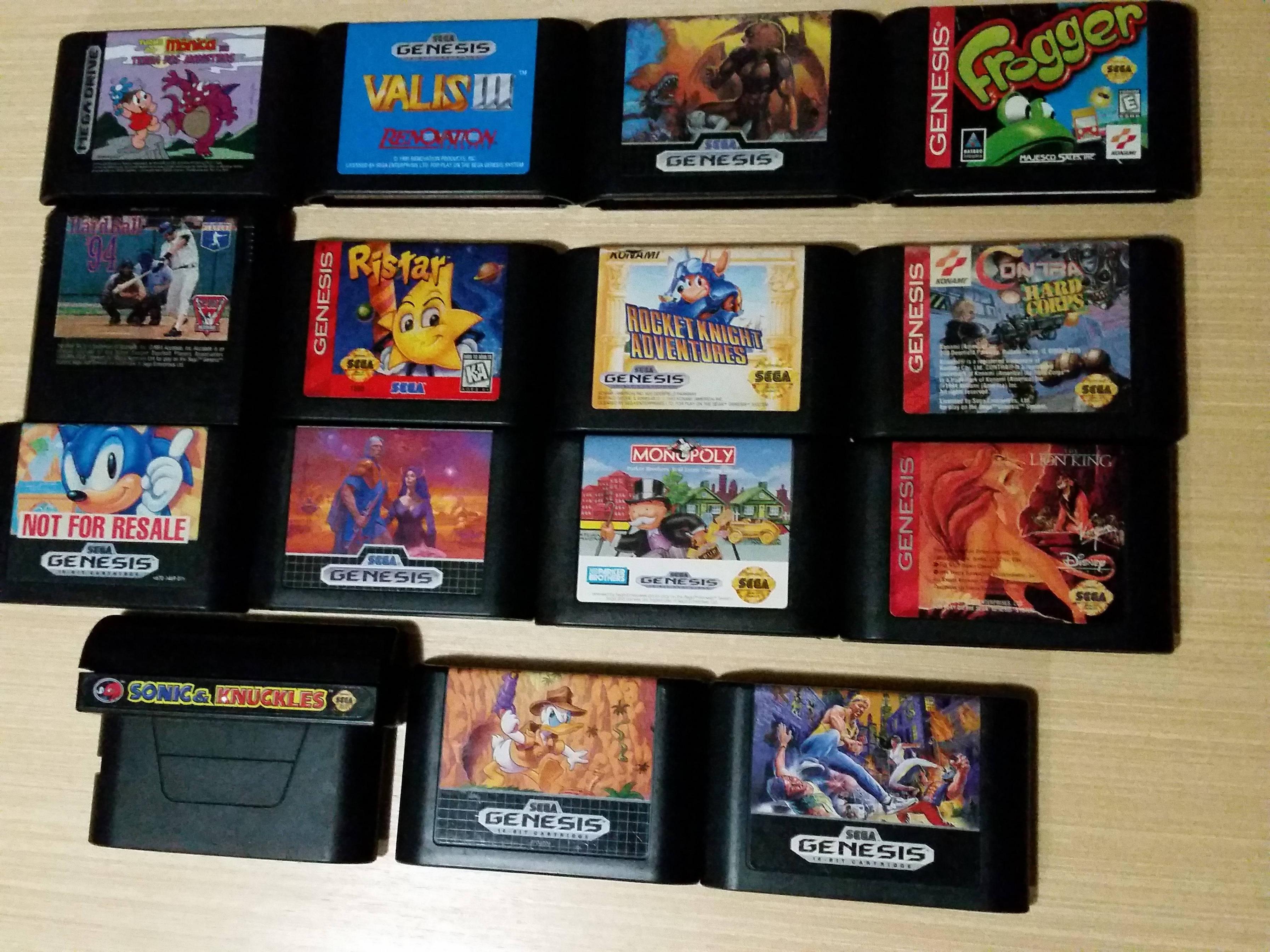 Ristar is a classic (that totally needs a sequel) and Contra Hardcorps is the best 16 bit Contra EVER (fight me) .

Sonic & Knuckles was the cart to rule them all , I used to put all other cartridges I had in there to see what would happen.

Altered Beast and "its rise from your grave" still brings me tears of joy! Meanwhile the Streets are full of Rage time to call a Quackshot . 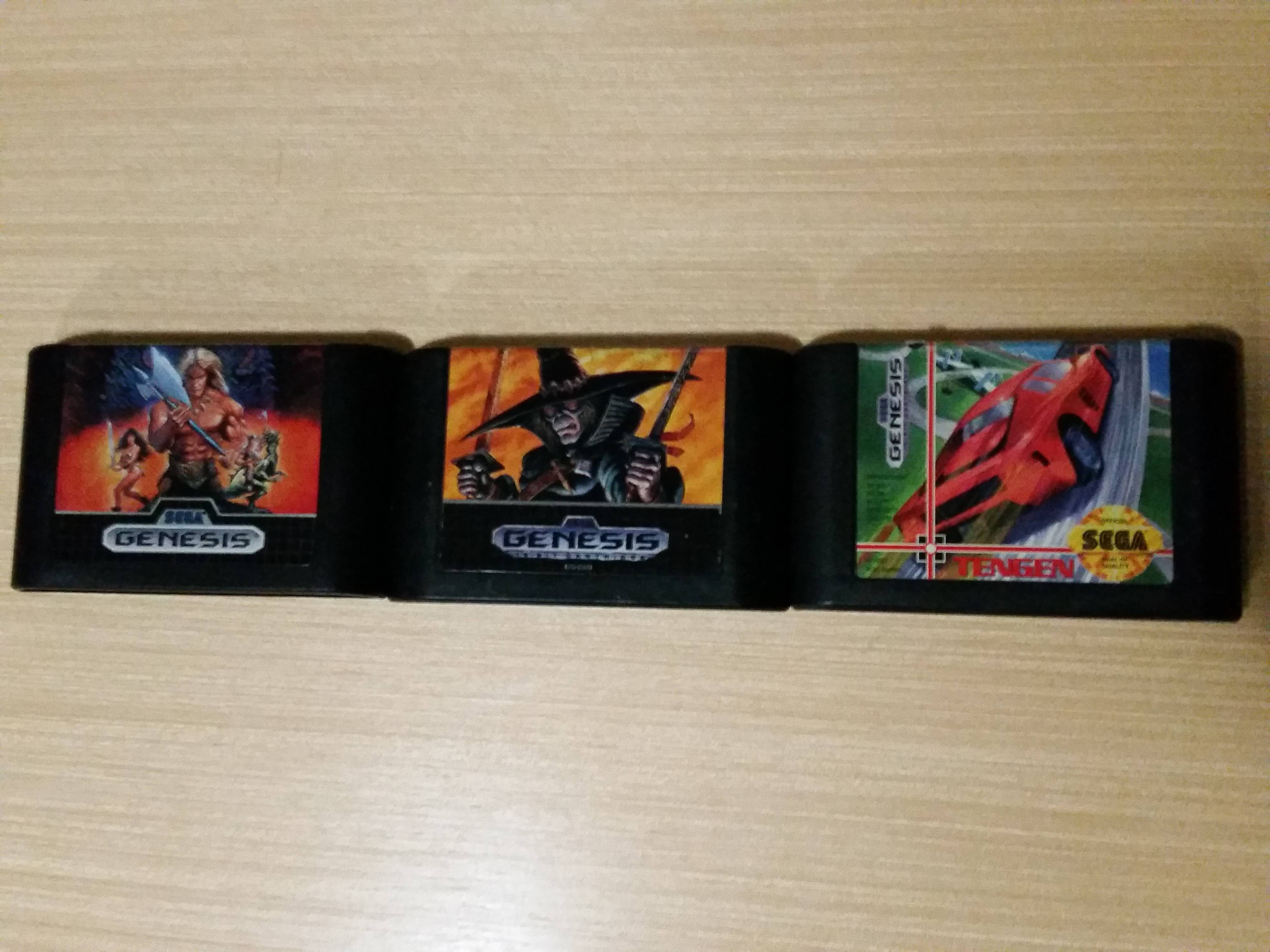 DAMN YOU CHAKAN YOU ARE TOO HARD ! 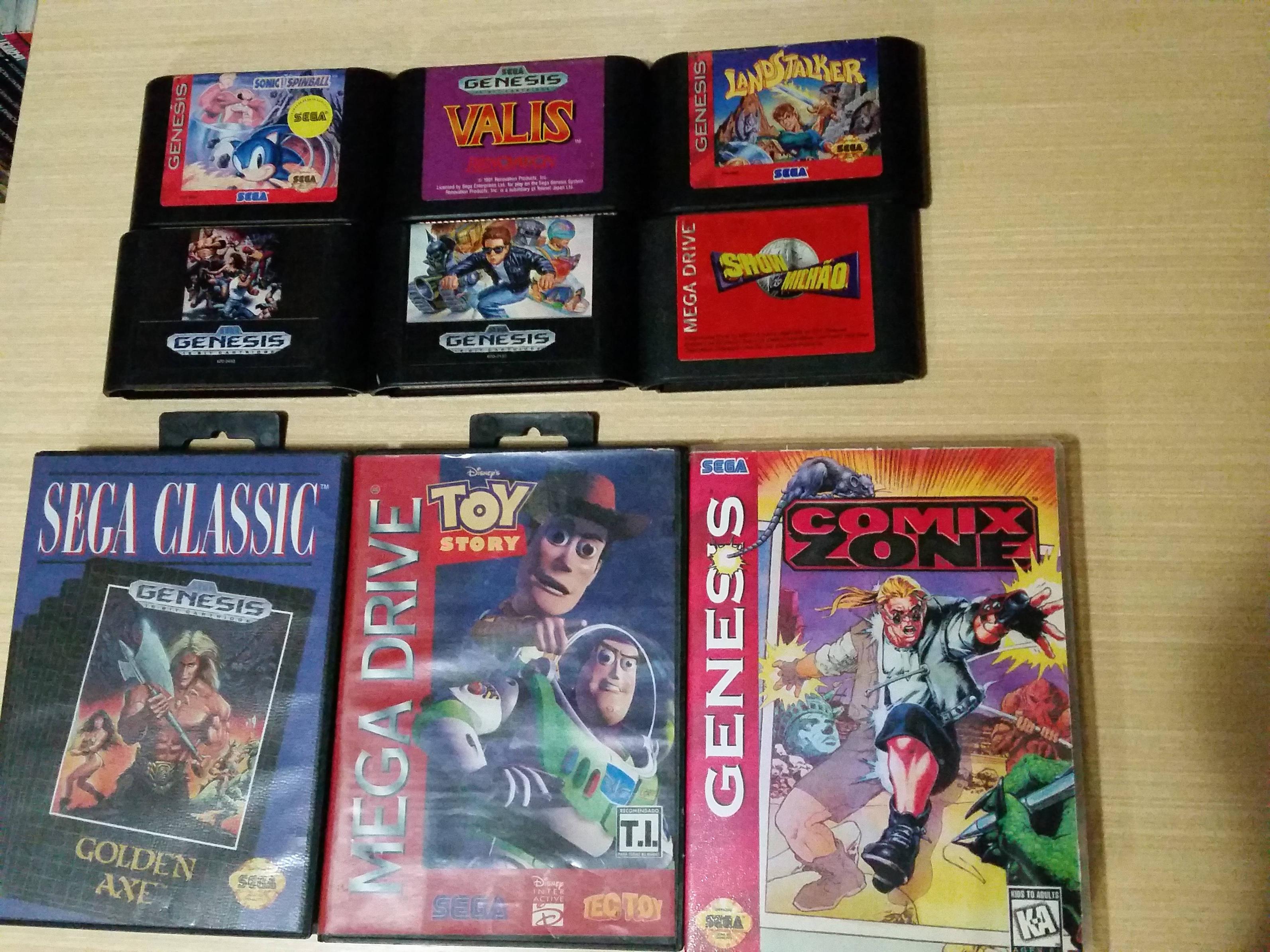 "Show do Milhão" was a local quiz game , I never finished all stages of Kid Chamaleon, Comix Zone custom case is just perfect. 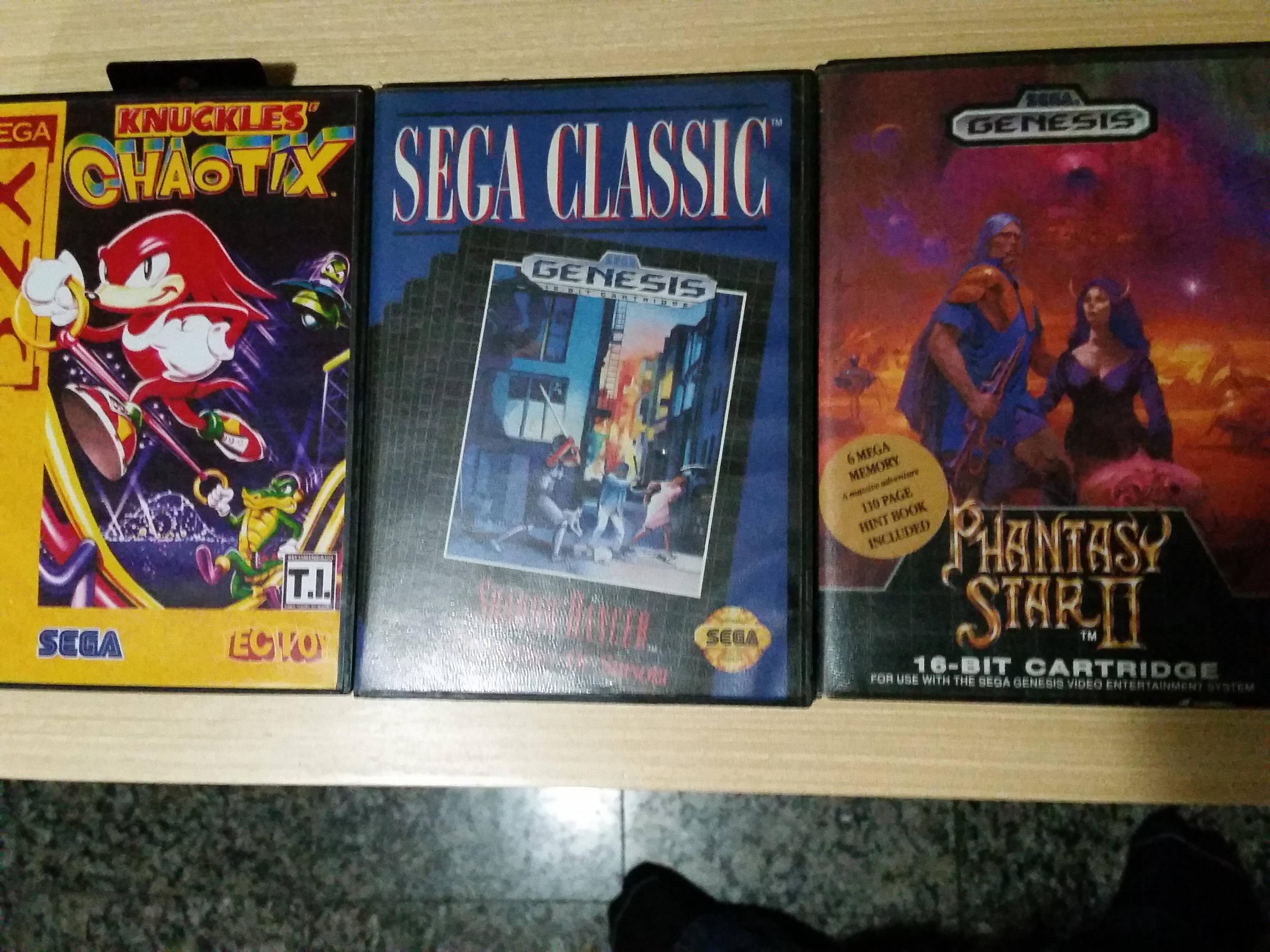 Chaotix was a great title (although many may disagree) . 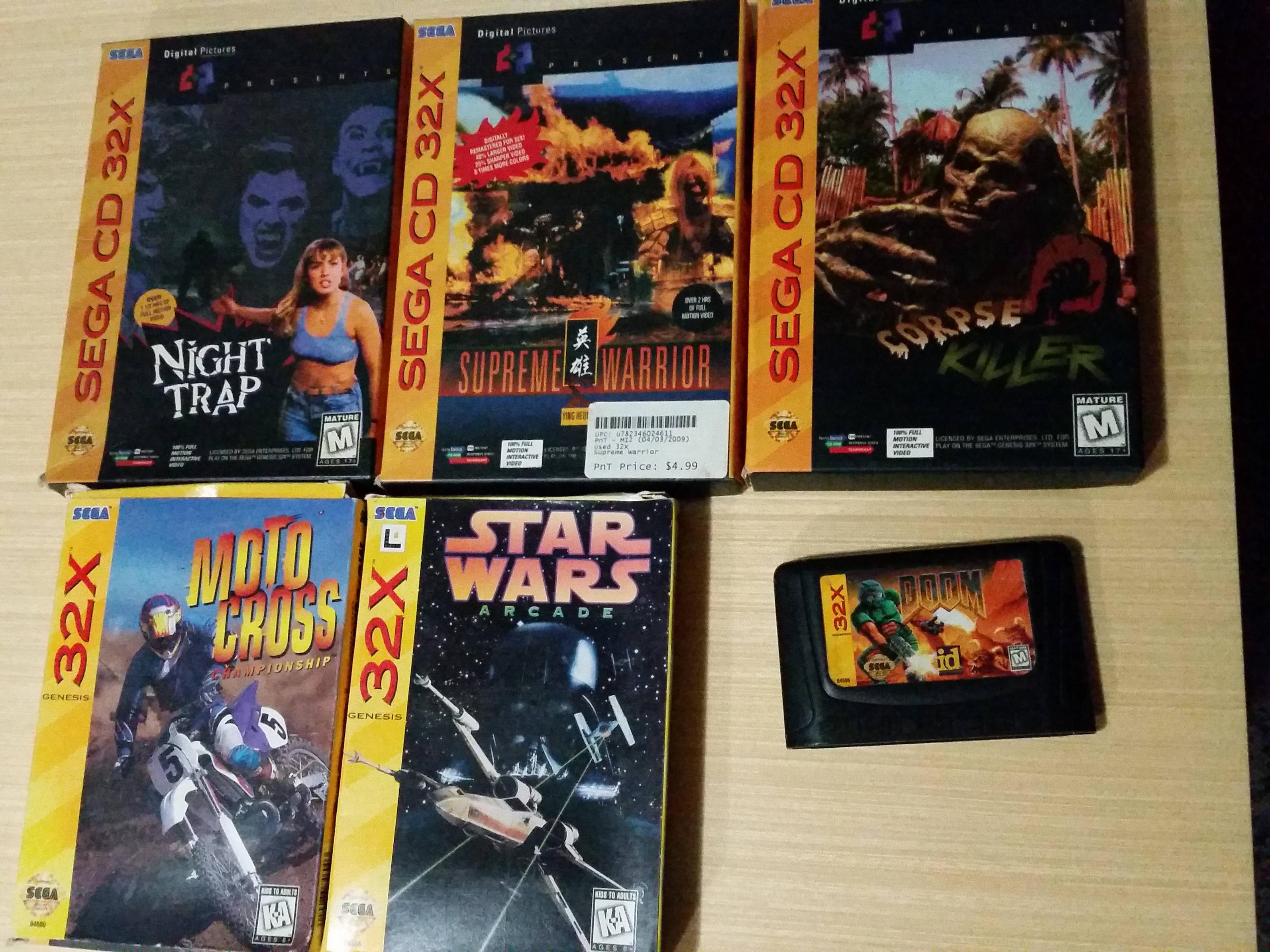 The original Night Trap and Corpse Killer are 32x classics you should at least watch once in a lifetime. 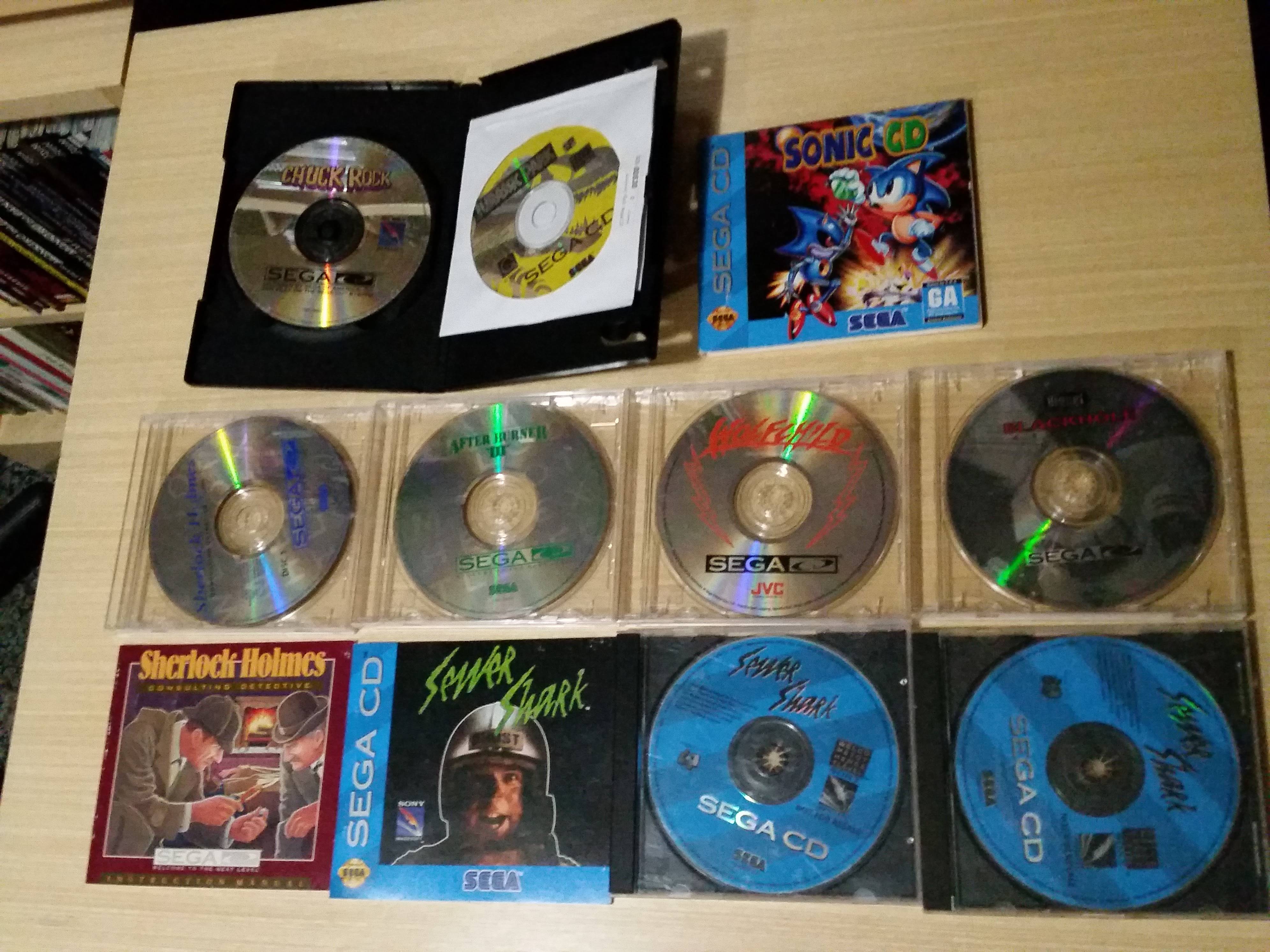 Sonic CD is one of the best sega CD games ever , Sherlock Homes , Afterburner III, Wolfchild and Blackthorne are easy to find but the damn SEGA CD cases are hard to track .... 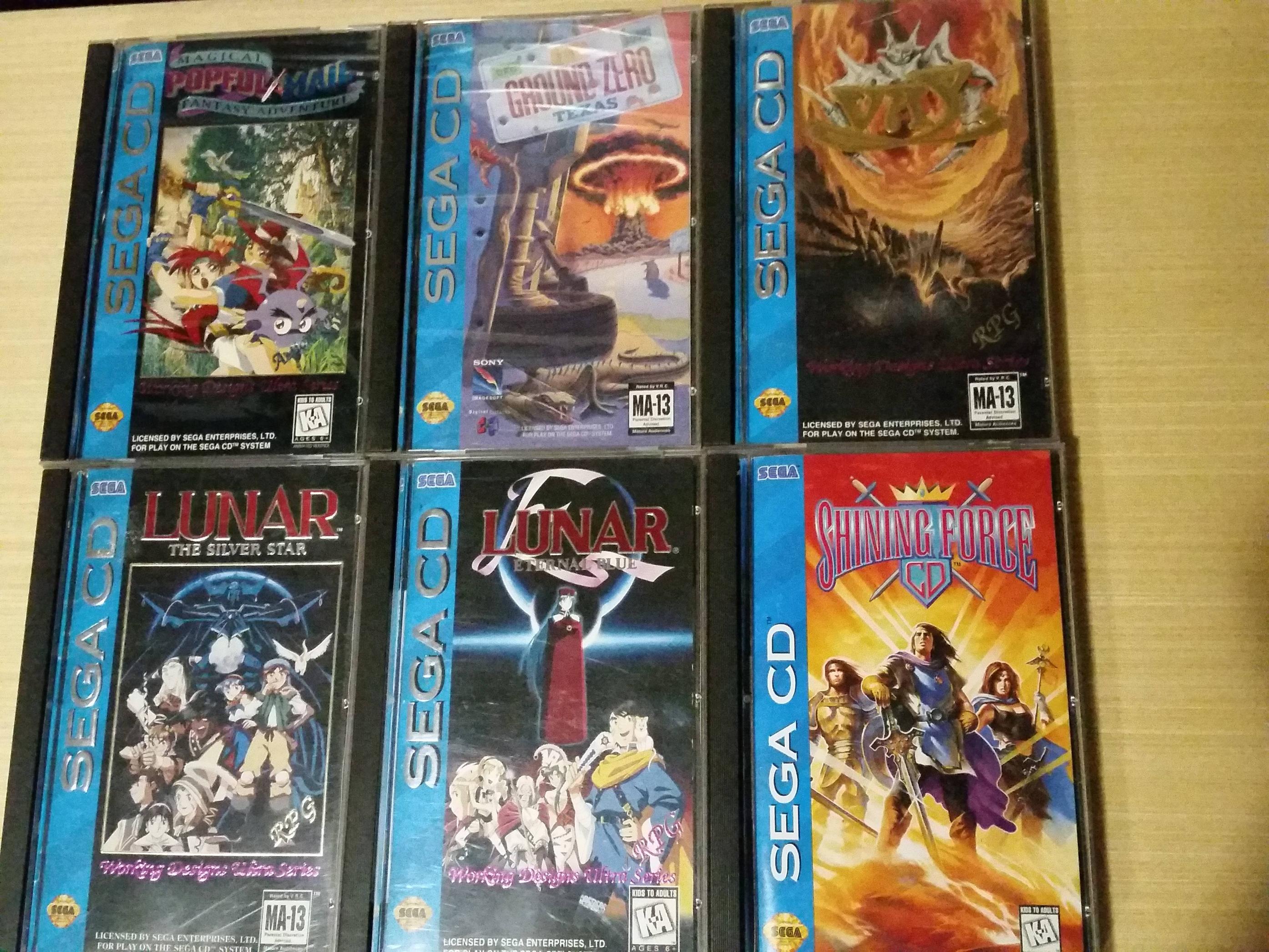 There's too much damn money per title on this table , Lunar and Lunar II the best games of this AEON and are rare. Shining Force CD and VAY are also rare. Popful Mail is ULTRA RARE. 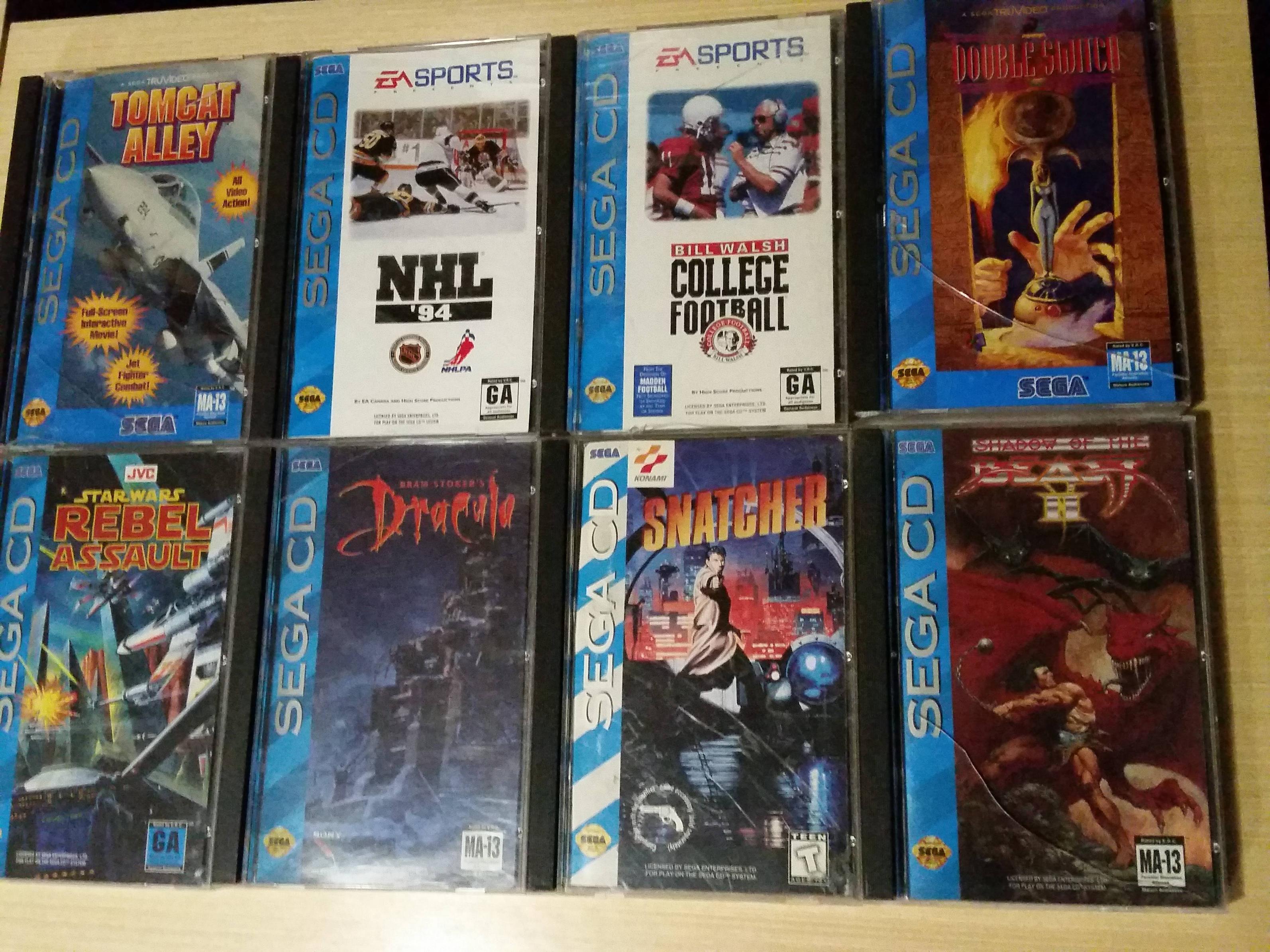 That Snatcher there cost me a eye and a piece of my liver , WAS TOTALLY WORTH IT , YOU GUYS NEED TO TRY IT ! 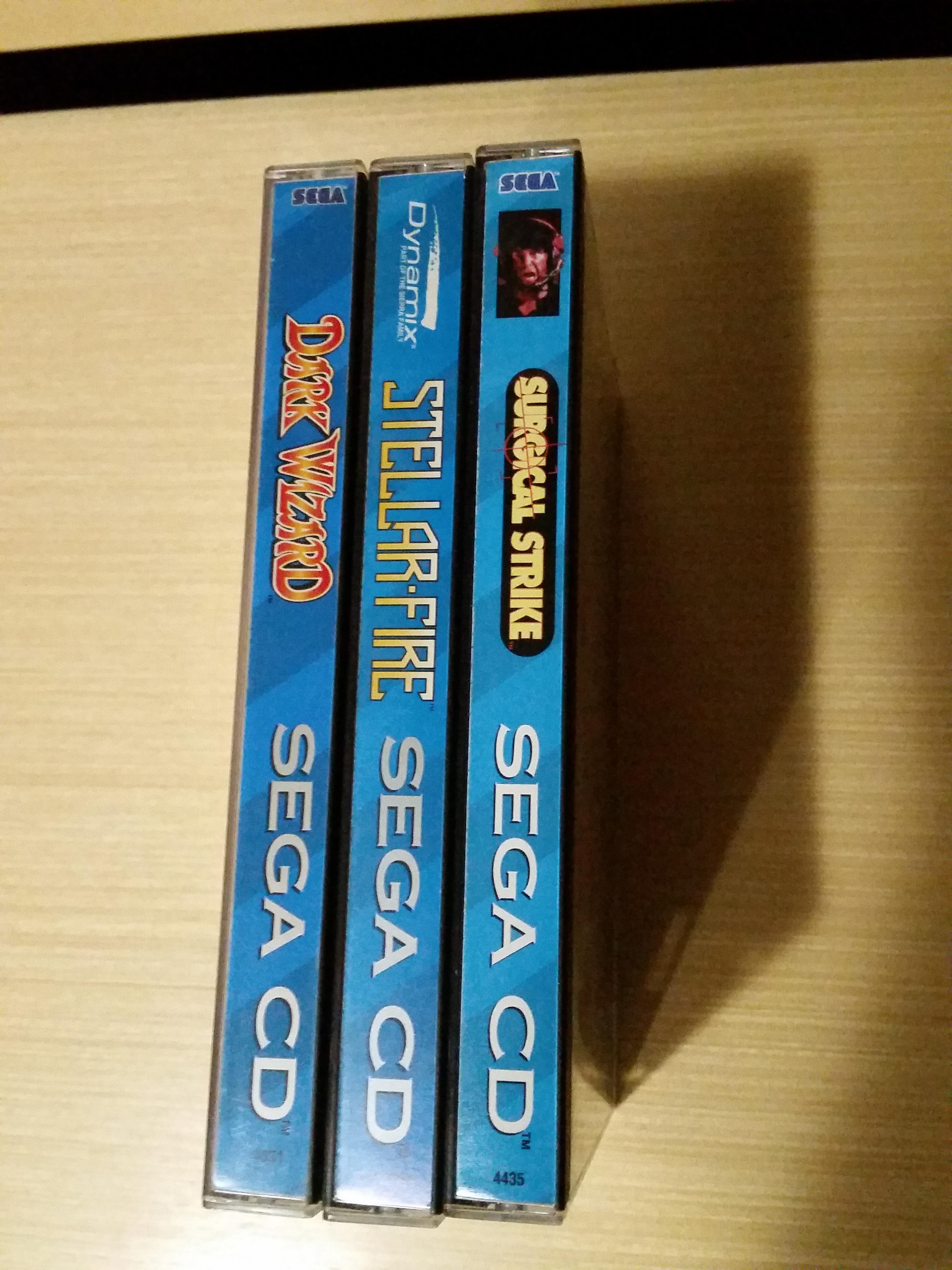 I don't have the manuals of these but the boxes still look nice !

This collection is part of my body and soul, I love these games and I paid a lot for it , I strongly recommend you emulate these titles and play them at least once , they deserve it !

See ya , next one : PC Engine(turbograpx).