There are some very important moments in game history (like the dumping of ET cartridges in a landfill) and Nintendo was protagonist of many of those, one in particular comes to my mind each and every time the company name is said out loud, the launch of NES/Famicom and the resurrection of the video-game industry post the 1983 crash.

You may not remember it but Atari crashed hard and it burned the home console market to a crisp, there are lots of takes on the whole history, but to simplify things I shall just point the most obvious, they flooded the market with awful games, sales did not meet expectations and the company went bankrupt.

The North American families didn't take what Atari did kindly and the the whole home console video-game market was marked has a "trustworthy" and "unreliable", out to get your hard earned money without really delivering much.

And that also reflected what us down south could get access to, after all, we got what was being sold in the US.

Meanwhile (in Japan) Nintendo was having success with its Famicom console and though of expanding towards other markets, the US one being the jewel it wanted for it crown.

The NES was released in the U.S. in 1985-1986, it took off and single-handedly resurrected the video game home console market. In Brazil we got access to NES games, but the console clones were all the rage here and mostly we got things in very different packages.

Here is one of the most famous NES clones we had , THE PHANTOM SYSTEM

I was dirty poor at the that time frame so all I had was a poor old Atari were I played River Raid , some friends that had more cash were enjoying the good old Mario's , Battletoads and Double Dragons. I interacted a lot with the NES and its clones ( although never really owning one) and 6 years later the Super Nintendo was launched (90 in Japan and 91 in the US) and we finally got it down here just like the US did !

The Super Nintendo was a console that went above and beyond in relation to its game library (specially the japanese RPG games that came to the west) and I gained one at a Christmas, at that time Brazil was just out of its hyperinflation period and our currency was a little shaky making it hard to buy games ( 1 nintendo game could sell at the same price has 100kg of chicken breasts), renting was common and with that we could play various games (while not owning any).

At 1995 the 32 bit generation came busting doors and asking names, 3D was all the rage and I made one of my most stupid mistakes (along with my first marriage), I exchanged my SNES along with all cartridges I had for a new PS1 .... I regret this mistake dearly.

Later on (circa 1998) via a series of odd jobs ( like cleaning gardens and dog walks) I got enough money to buy a Nintendo 64 for 1 game and 1 game only, Ocarina of Time (which I bought with the console) , I was happy with it , but happiness did not want to stay by my side and my Nintendo 64 was stolen away from me (after just 6 months !!!).

Nowadays, after a lot of hard fough battles and hardships I got my hands over a Famicon, a SNES , a Super Famicon and a Nintendo 64 along with the games I wanted the most.

Today I show you my Famicom , SNES and N64 game collections ! 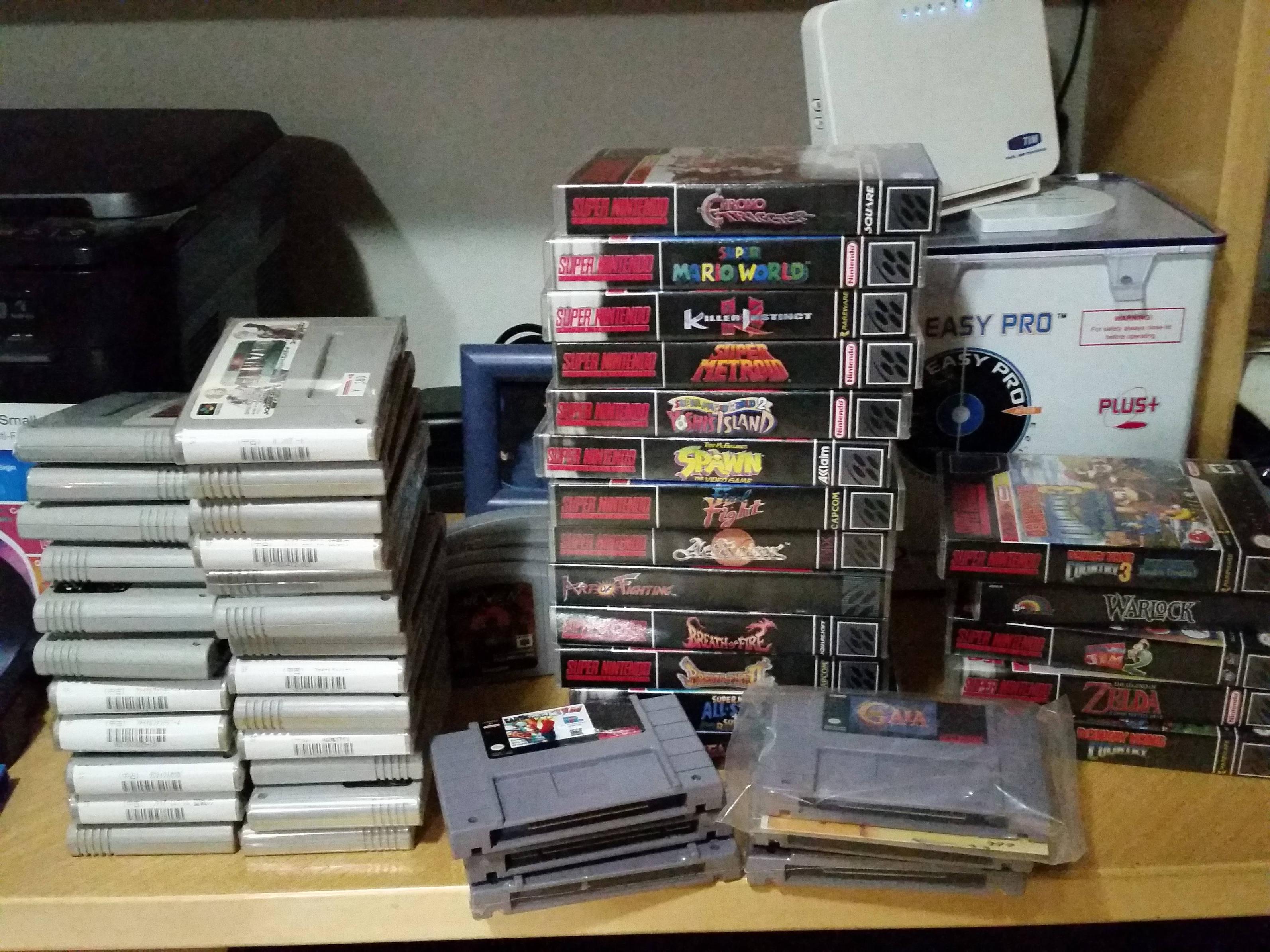 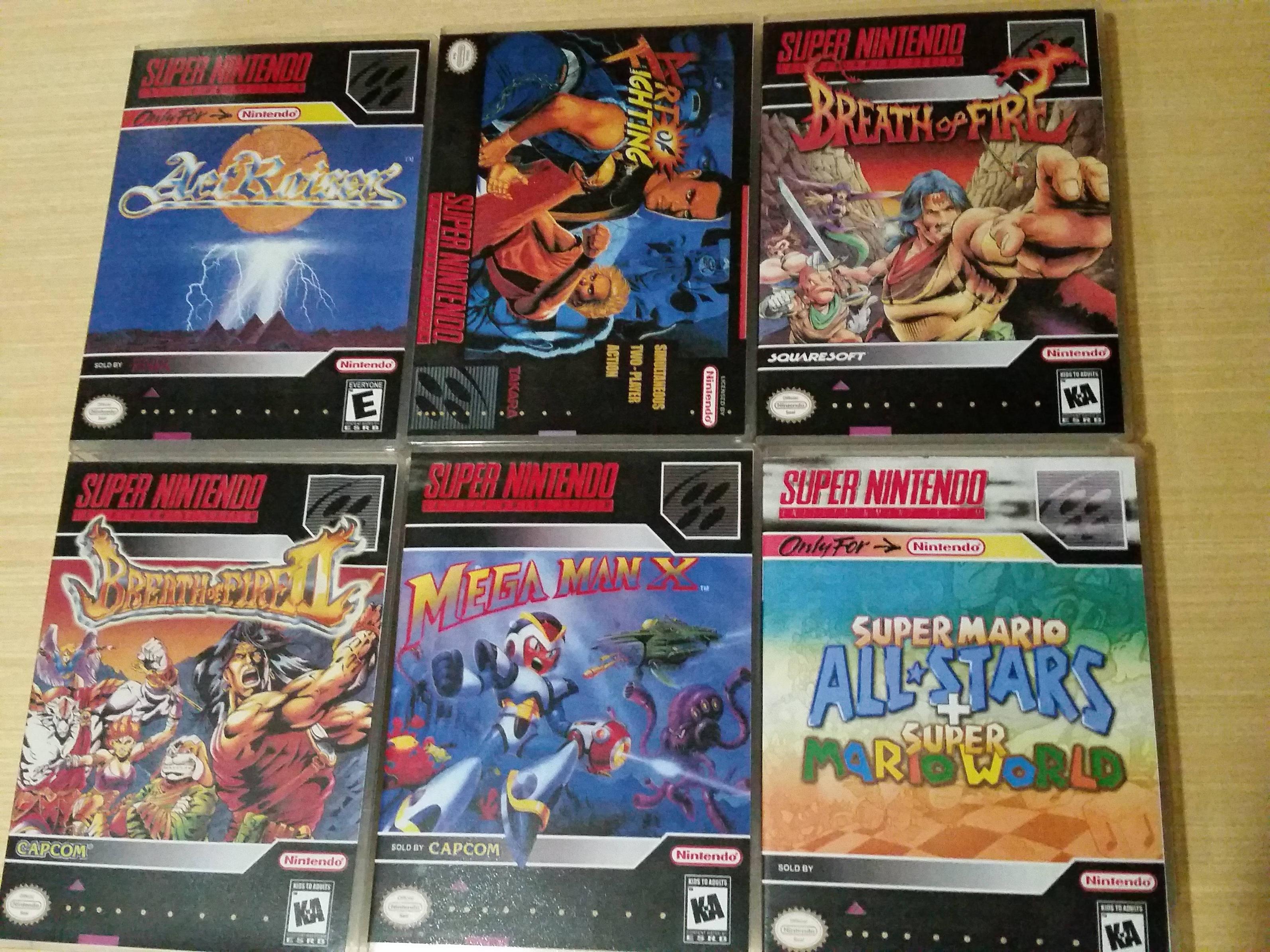 I really enjoy these custom universal game cases, the original Nintendo cases were flimsy paper and its hard to come across one that is in good condition without paying lots of money , I need to buy more of them to encase all the games, but I'm lazy.

My Super Nintendo collection has both US and JP games , all the titles in cases are US ones ( I may take pictures of the cartridges if someone really asks about it) , Breath of Fire I and II were games that I played when I was a child and that defined a lot of what I think about gods and religion ( atheism came in early and it was all Capcom fault) , Art of Fighting ( also know has poor man street fighter) was crazy fun , and the sound track was great too. Actrising is a mashup between action platform and strategy that I miss ( I strongly believe we need more games that mix and match stuff like it did).

Super Mario All Stars is a classic of classics, I really love this game , we also could play the original Super Mario Bros 2 which was deemed too hard for poor americans. 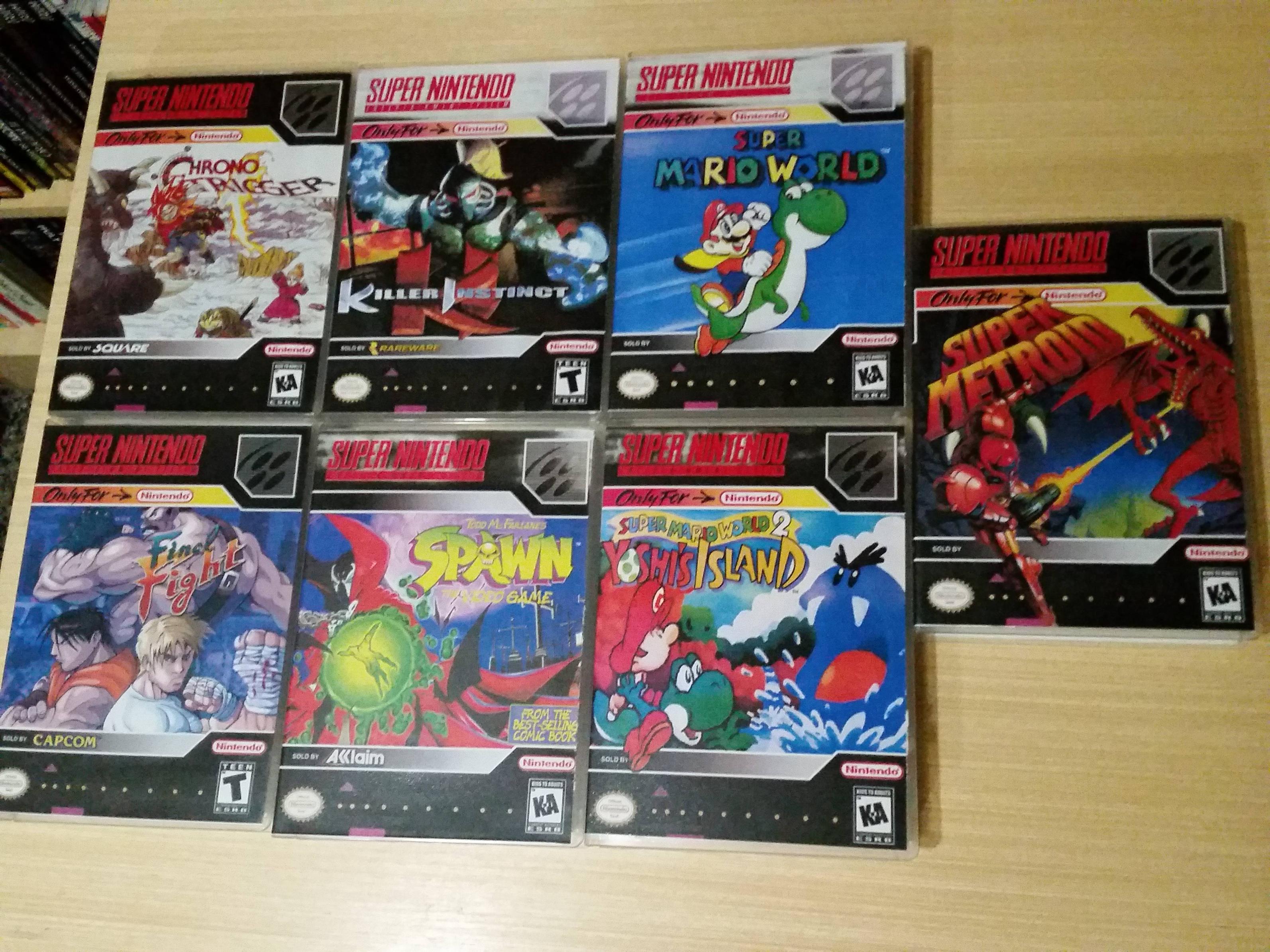 Chrono Trigger (Required in any SNES collection) , Killer Instinc ( that sexy black cartridge ) , Super Metroid and its completion % which made me buy lots of magazines ( yes physical magazines , we did not had internet back them). Yoshi's Island had amazing style but I never liked baby Mario.

To some of you it may sound strange but I also collect lots of comic books and among those one of my first collections was Spawn, the SNES game was actually very faithfull to the source material.

Final Fight is a game many friends visit to play with me alonside beers and snacks . 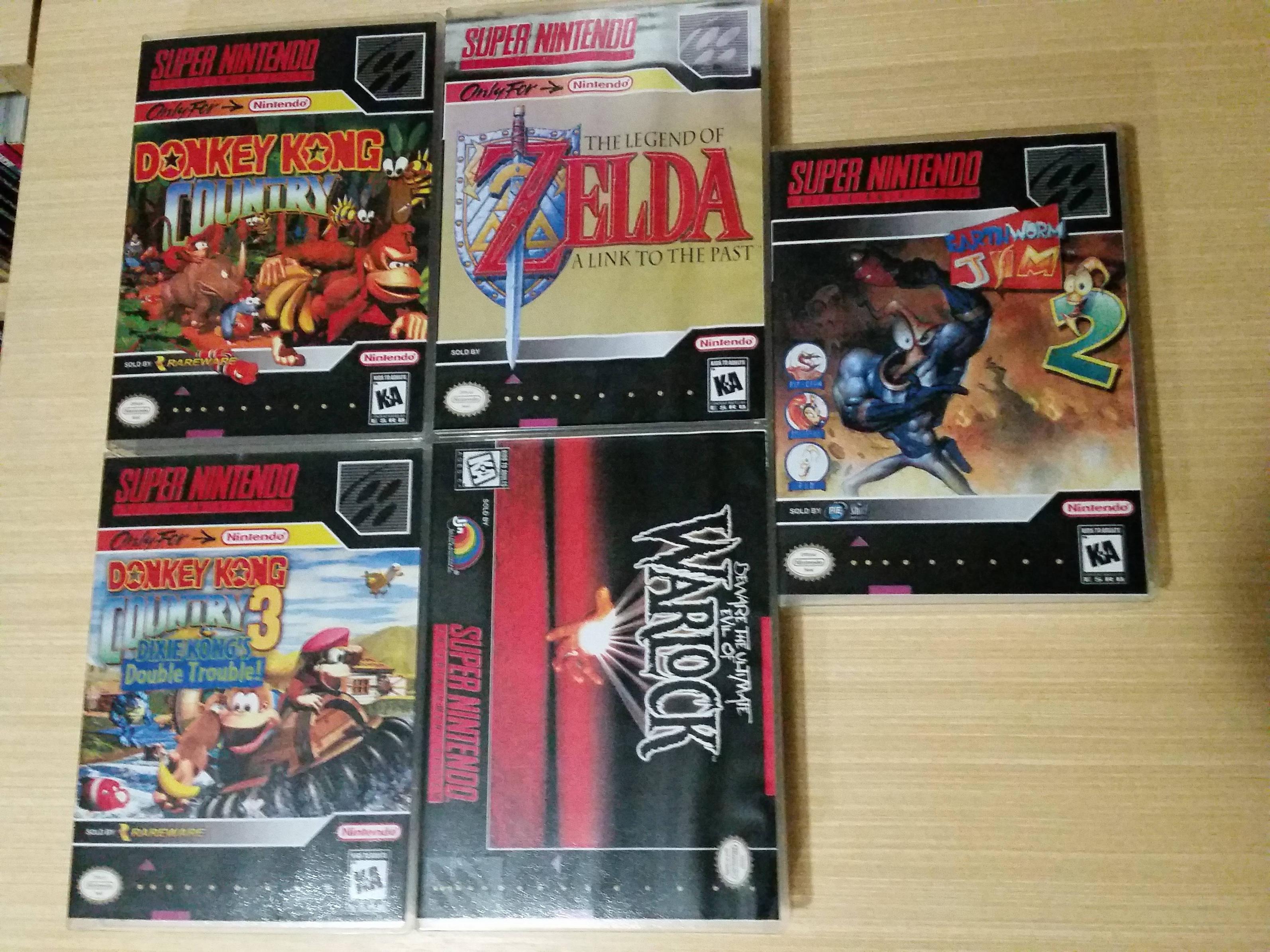 DK 1 and 3 ( 2 is present below without a custom box) were game changing ( pun not intended) , with graphics that I never saw before and great gameplay they remain extremely well aged platformers. Zelda : A link to the Past , the first game were I was a roober and paid dearly for it.

Earthworm Jim 2 is still a nice game ( although some design decisions made it age not so nicely). 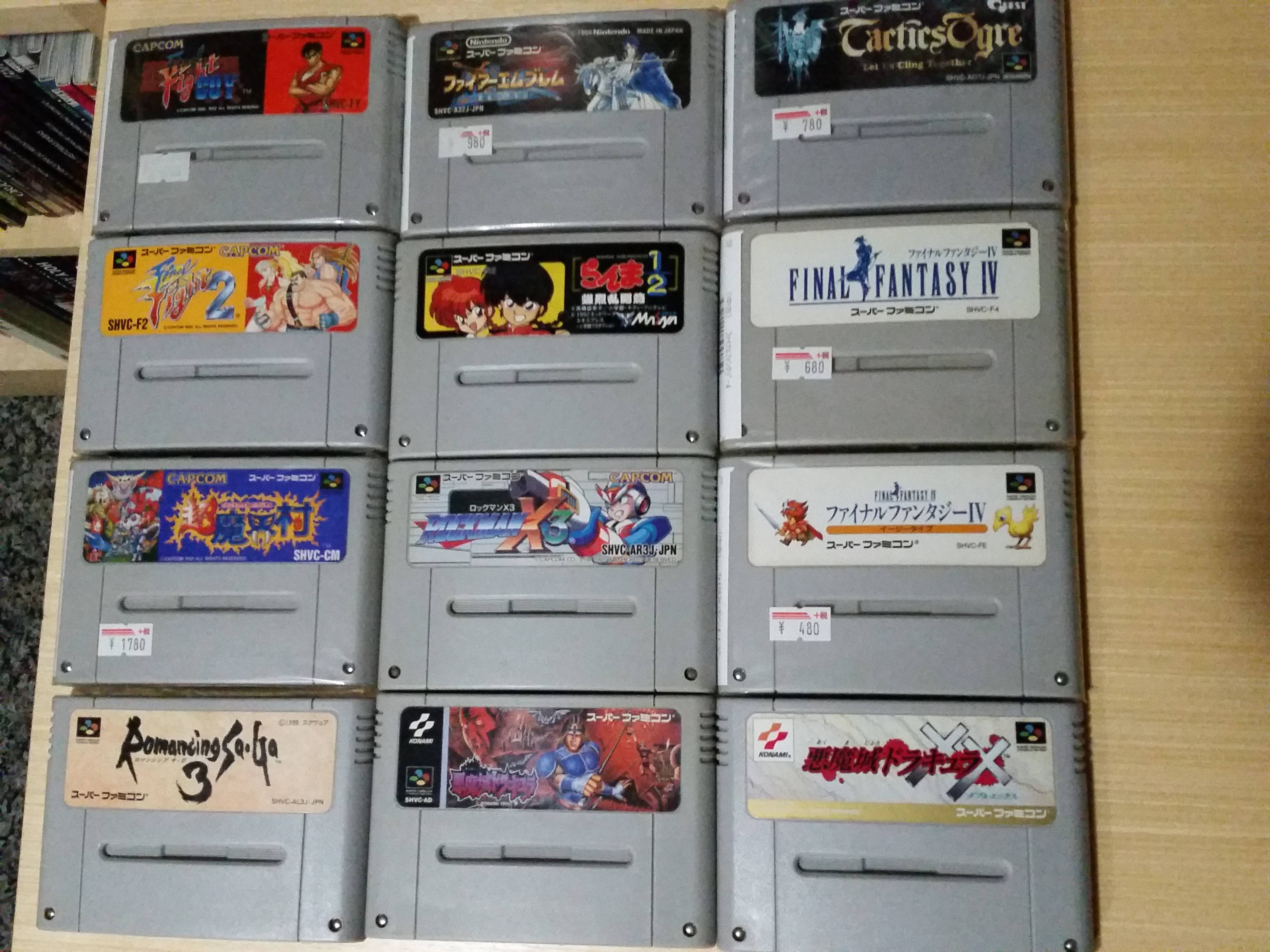 Super Famicom games deserve love too ! Mostly I got these because of price (JP games are way cheaper) or because there were no localization of the title ( like that Ranma 1/2 game). 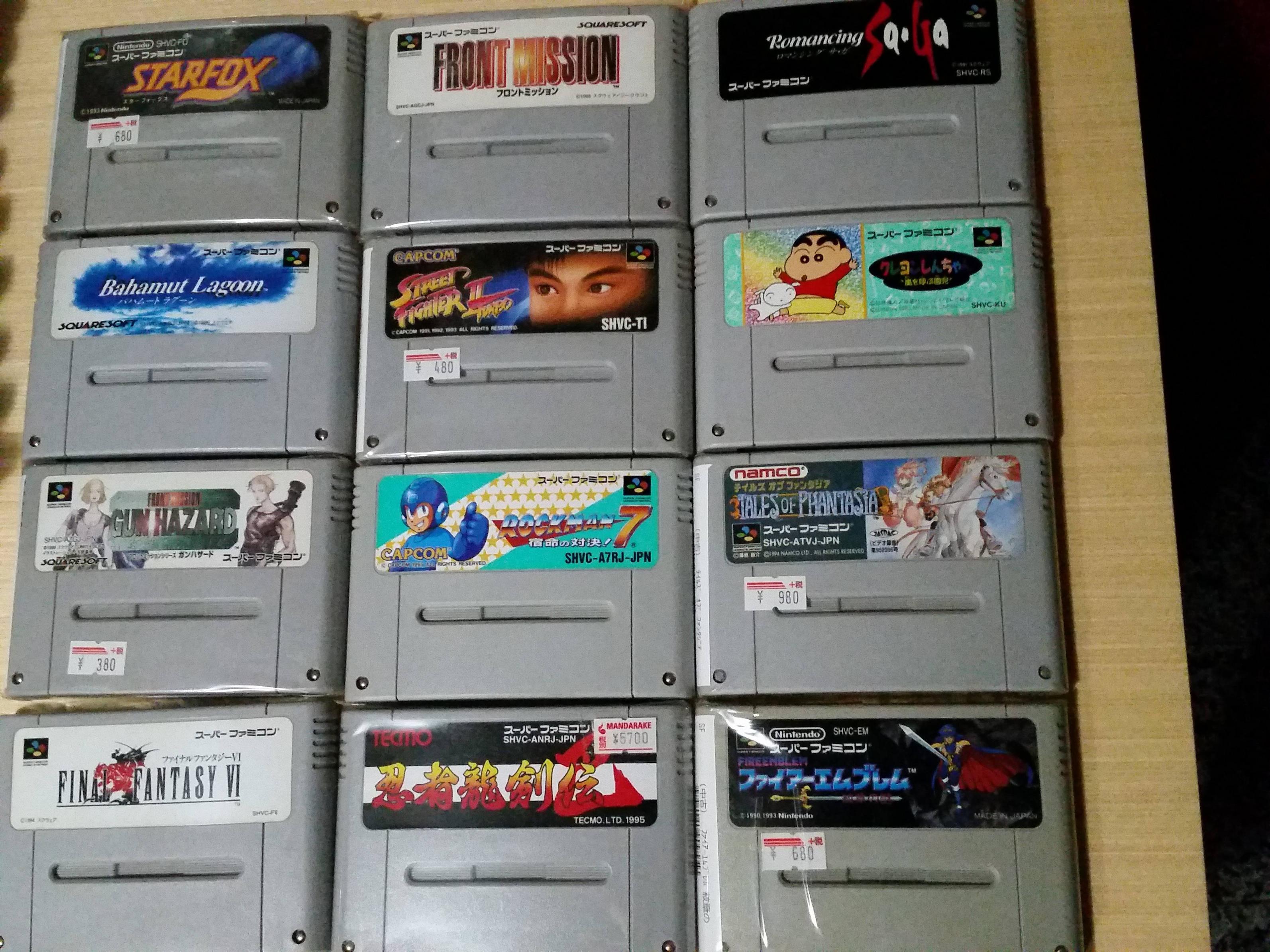 Needless to say I caused quite a rucks when I bought piles of games and consoles the cashiers went crazy....

Megaman X2 and Valis IV ( those were at my consoles, I actually play games !!! ). 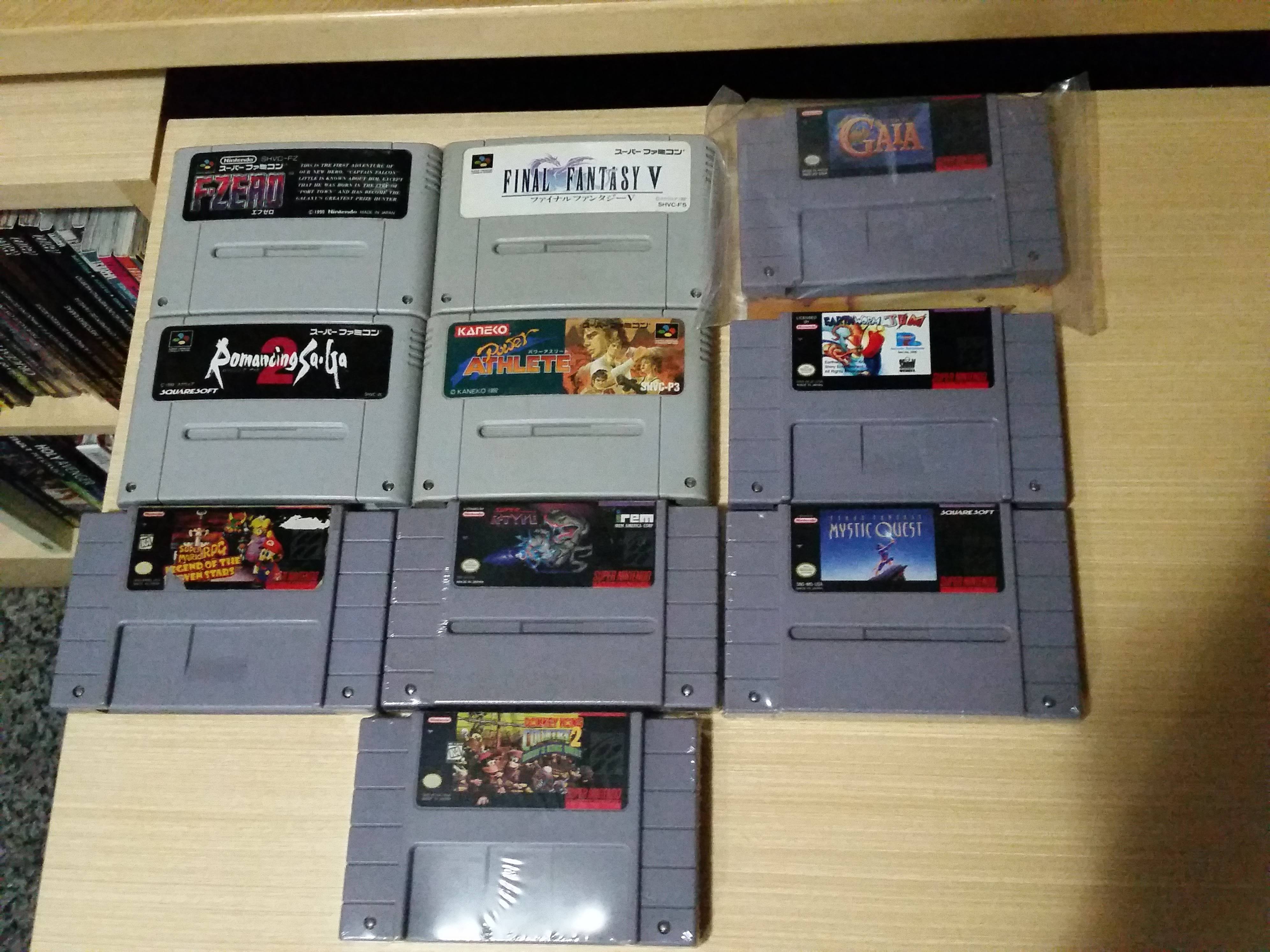 Some US cartridges and JP cartridges, Ilussion of Gaia , Super Mario RPG and Final Fantasy Mystic Quest  made me spend many afternoons locked at home. Super R-Type  and Donkey Kong Country 2 came from ebay. 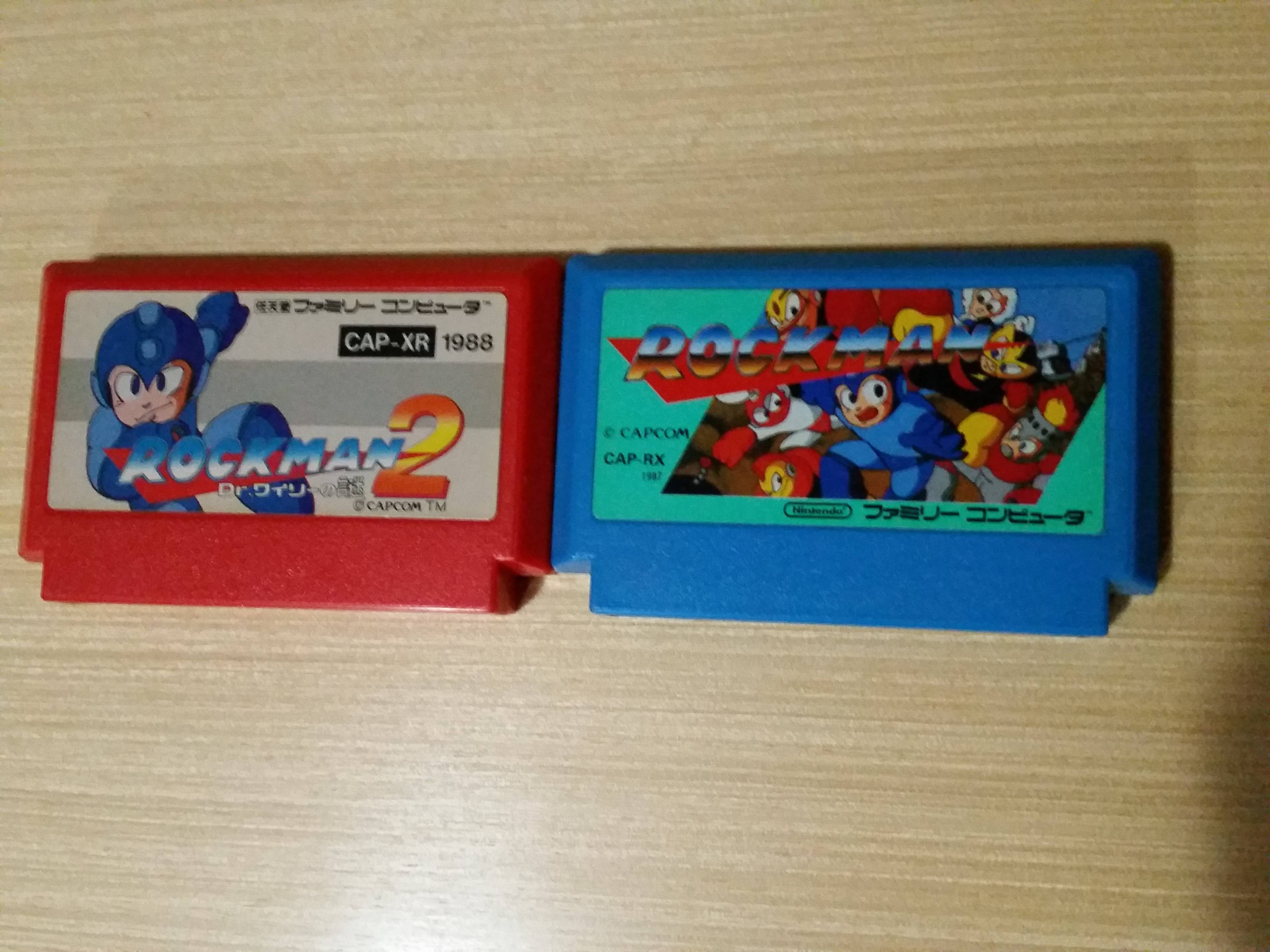 The only famicom games I have ! They are also the ones I love the most. Good night sweet blue prince. 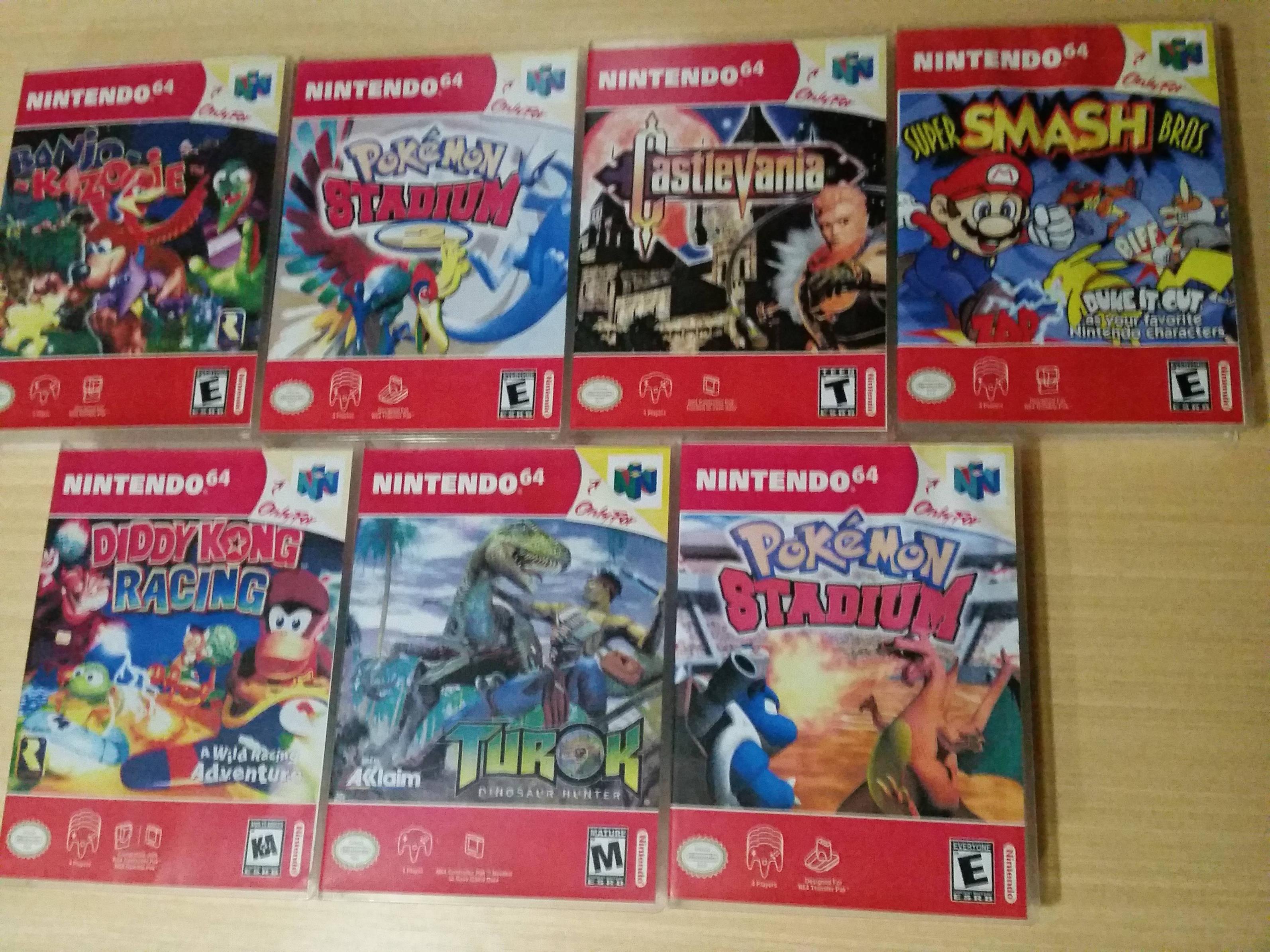 MOAR custom cases, my nintendo 64 collection is not even that great I just got some relevant games. Turok is a must play ( although it did not age well) and this is the Castlevania no one really liked. 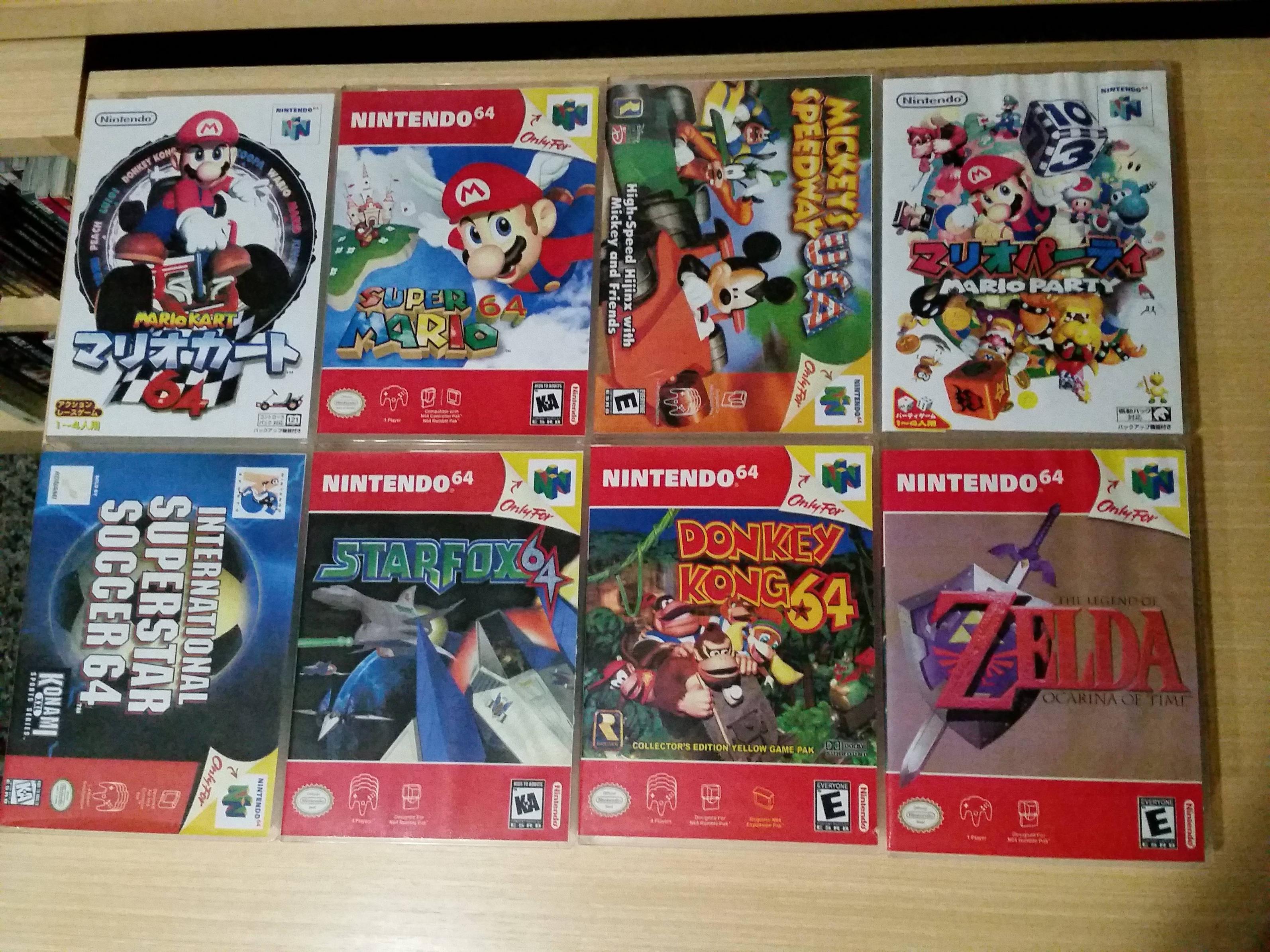 I never liked the idea of needing a expansion pack to play Donkey Kong 64 , but alas we did got the best Starfox ever.

Ocarina of Time was the reason I bought a Nintendo 64 in the first place so IT NEEDED to be present ! 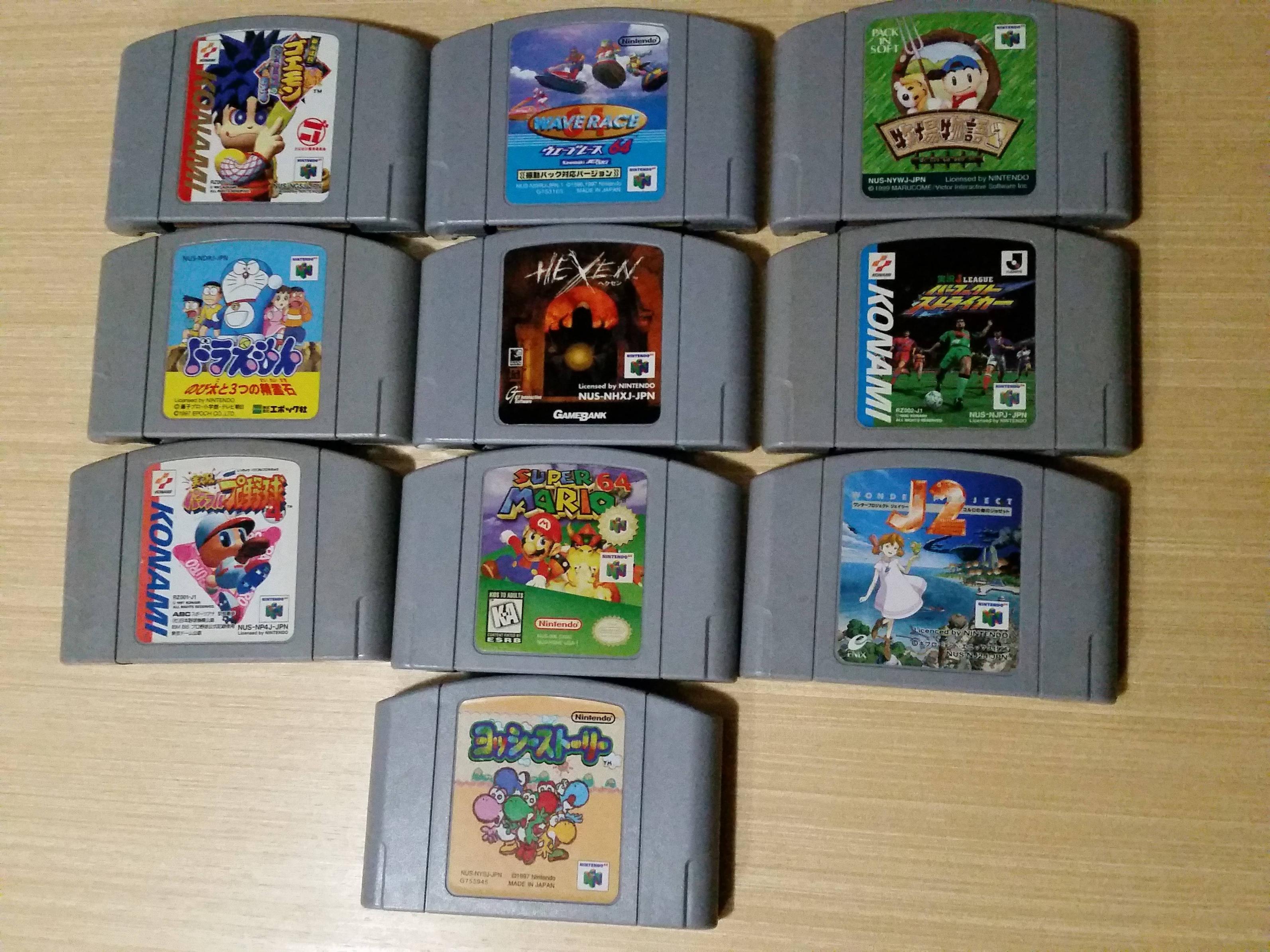 Mystical Ninja Goemon ( a tittle many forgot ) is a very good game ( if you can't buy it emulate it) ,  all of these JP titles also came from Akihabara. 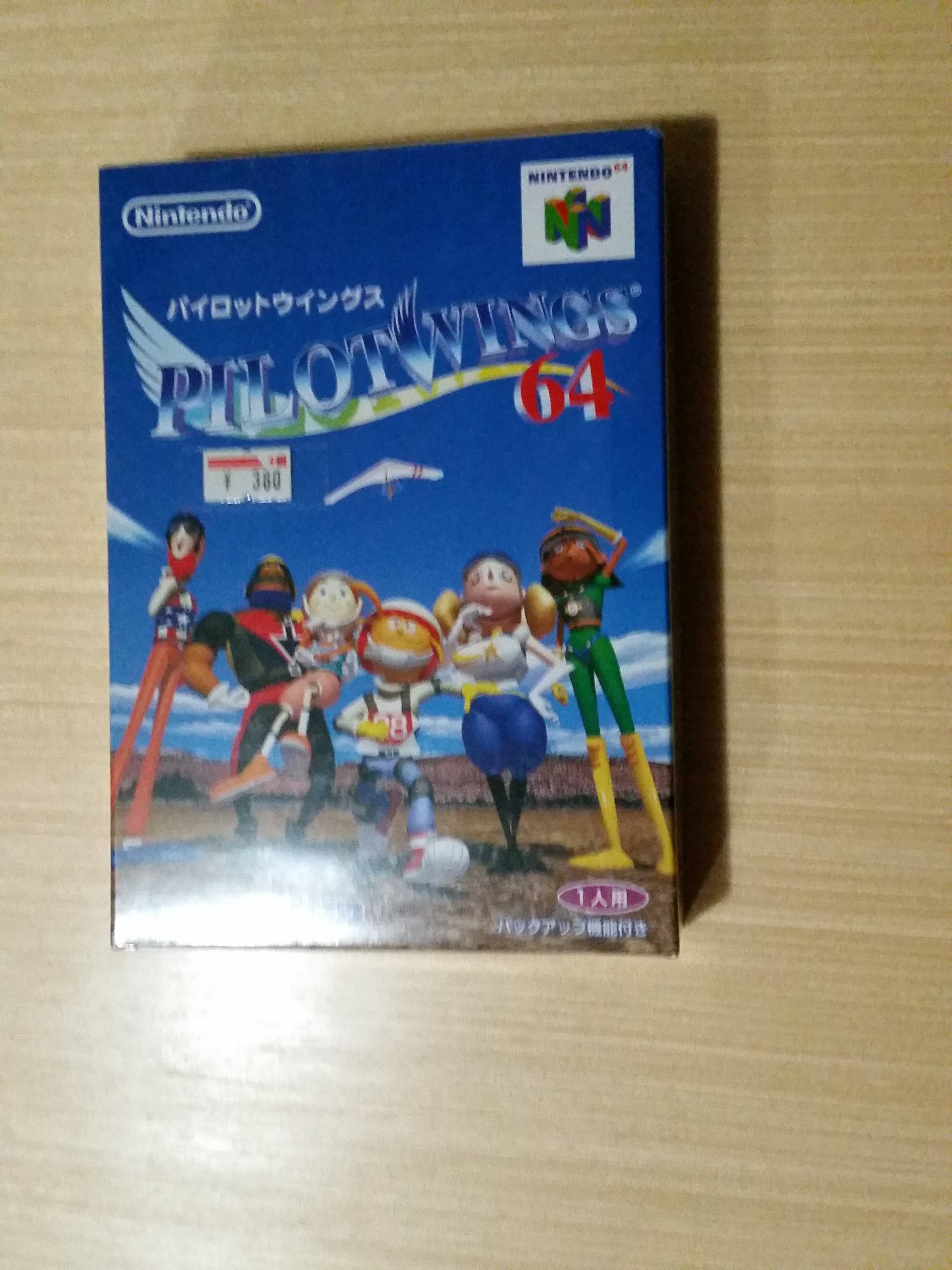 My only Nintendo boxed title ! You see those paper cases were made of fairy dust and good intentions. 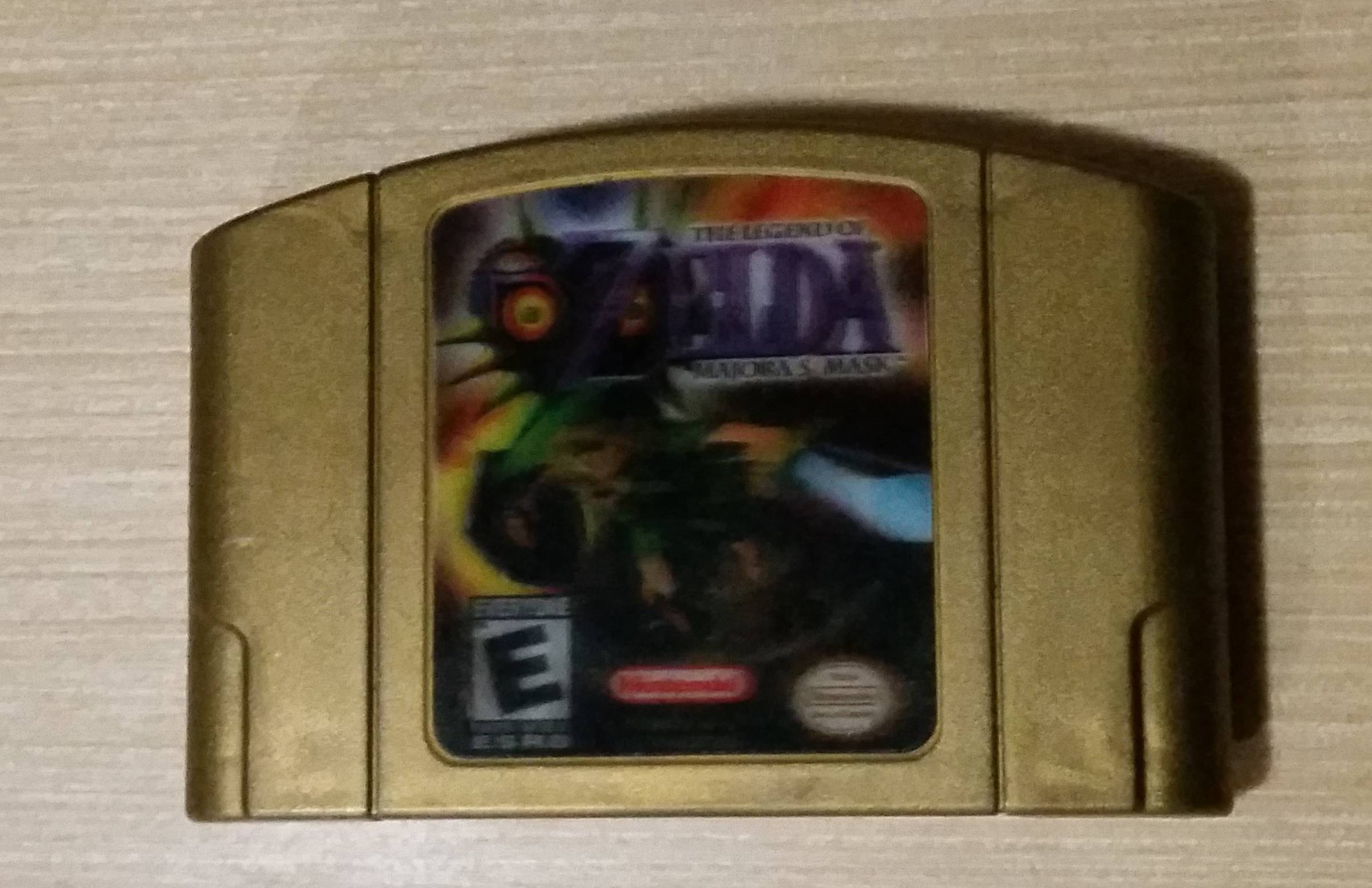 Majora's Mask was a Zelda that redefined the franchise for me .

And its done ! Not impressive by any means but cozy and made of classics , that's what these consoles meant to me.