Street Fighter X Tekken, what a ride. Can you believe it's been 5 years since it came out? I don't think there is a fighting game in the last 10 years that has had as much hype and excitement on release and fallen so far from that position in peoples opinion than Street Fighter X Tekken. The game tainted the idea so badly that Tekken X Street Fighter, announced at the same time, has been, supposedly, in development for 7 years now and repeatedly been pushed back despite claims of significant portions being complete with no release date in sight.

I personally wanted to like Street Fighter x Tekken, but ultimately I too was annoyed by both it's gameplay and non-gameplay issues and lost interest.

Yet, all these years later I still think about it and how I wish it could have been. I've had tons and tons of ideas for how to adjust individual game balance things, but there is one subject that has always interested me and the one I think about the most: 2 on 2 teamplay.

Just recently Dragon Ball FighterZ announced that there would be a 3v3 online party game mode that would have 6 players each controlling one character. A 2v2 teamplay mode in Marvel Vs Capcom: Infinite was on wishlists I'd seen many people discussing, unfortunately it's been confirmed that it will not be in MvC:I.

Street Fighter x Tekken's 2v2 mode was how EVO 2012 was done but it wasn't terribly well received. Part of that was because it was the game balance was poor at the time and had version 2013 rebalance that many considered a large improvement, unless you were a Cody fan, he needed nerfs but got overnerfed & I'm still salty about that (WHY DID THEY EVEN NERF HIS KNIFE?! I never saw one complaint about his knife. Alisa's chainsaws were already better in every way!!), but there are several other reasons that I'll go over, as well as why I hoped 2v2 would work, and why I'd like to see it work in another game.

Teamwork is not really a thing that most fighting game players (other than Smash Doubles players) ever think about. Teamwork is a skill, one that must be trained as much as any other and the need for that skill is the reason I wanted 2v2 in a game like SFxT to work.

I wanted to see how players would develop the ability to work together, a skill that would make many players go out of their comfort zone in games and a skill that old-hat top players can't pull from their history to utilize in another game. No amount of Super Turbo or CvS2 is going to tell you how to communicate with a teammate without speaking mid game by developing gameplans and signals for different situations. Working to develop their coaching ability is another skill. When one player is tagged out that gives them the opportunity to observe, but unlike a sidelines coach the inactive player can't concentrate too hard on just searching for patterns as they still are themselves invested in the game and may lose focus on their teammate.

While I don't have all of the answers on how to "fix" the game as whole, or even just fix the 2 versus 2 game mode, there are several things, sadly almost all unmoddable, that I believe would have made it flow much better. Almost none of these of these touch on ideas I had for game balance itself, such as my ideas for modifying how boost chains work.

One player dying should not cause the round to end. Having health bars separated guarantees that, no matter what, both players always get a chance to play.

2. Change some of the mechancs of how Pandora interacts with teammates.

Make it so that in 2v2 mode your TEAMMATE must activate Pandora mode, not the active player. Imagine your in the fight and thinking "I got this" then your teammate also thinks "I got this" and activates Pandora killing you off. That adds a level of teamwork. You need to be reading the situation and know the thoughts of your teammate and the current planned play. Emphasizing unspoken communication & increasing the role of the tagged out player is a big part of my concept.

There are some other options here but neither are particularly elegant but I think a change is definitely needed due to other changes, specifically not losing the round when your teammate is KOed.

Normally you can activate Pandora when the point character is below 25%, change it to 35% but if they drop below 15% then you lose the ability to Pandora. This will further emphasize the urgency of the situation. As it is you must activate before death but now you have a guaranteed need to sacrifice a minimum amount of health and do it quickly.

Lastly, Pandora mode duration is extended based upon how much remaining health your teammate had. At 15% it'd be about equal to the current Pandora system. At 35% you'd get like 10~15 more seconds (balance testing needed). Seeing as you are guaranteed to live even if your teammate dies the risk of a guaranteed lose because you sacrificed your teammate before they died might not seem worth it, upping the duration could help offset that but it still needs to have a decent cost. 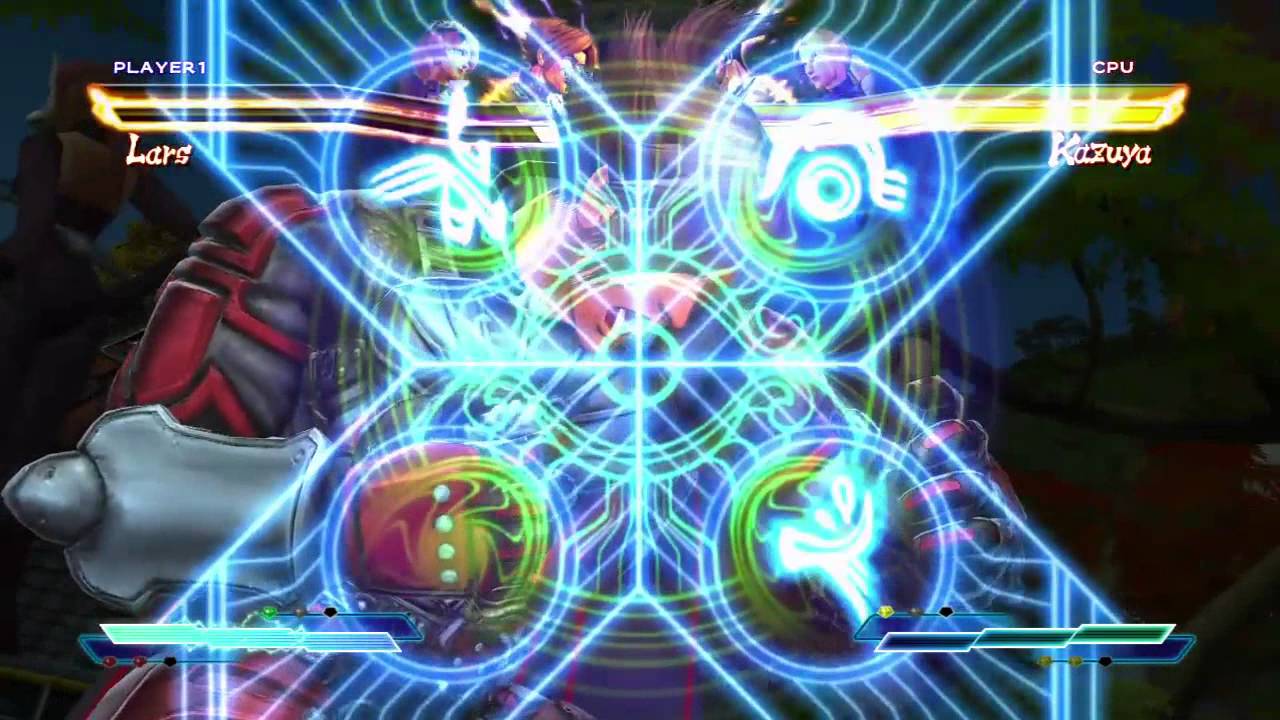 3. Extend round timer from 99s to 120s. Timeouts were an issue from the start and one of the main issues that 2013 tried to approach. The game was sometimes referred to as SFxTimeout early on. Obviously having a longer match could create a sense of dragging on and on but it'd be needed due to the guaranteed extra health bar.

4. Further emphasize red health & back row healing mechanics. On top of more red health increase the raw damage on attacks. Increasing the damage but having a larger amount of it be done as recoverable health would help offset the additional health added by not losing when one character dies as well as the longer timer and it would give incentive for a player to tag out and try and heal up. Increase the speed of red health recovery slightly to help a bit with the increased red health as it will further encourage players to tag out for a short since recovering that red health will seem more viable. Adding red health on normal attack block similar to SFV could have helped too.

5. Have Raw tags also controlled by the inactive player could have helped make the teamwork more active. Having your teammate only be able to tag mid combo creates fairly obvious situations to swap. It's a good start, but two players can quickly learn which combos they have the move to extend and tag in when they see that combo. It still requires the team work of the inactive player weighing the value of meter vs damage and know if your teammate is saving meter for a specific situation, but that's only one thing. Putting more control in the inactive players hands I think can create more tension between the team. BOTH players should have been able to raw tag at any time.

6. After a switch cancel the rest of a combo no longer gains meter. This should reduce the instances of multitag combos or just using a teammate to extend a combo. Not sure about this idea, tbh.

This last one is a spit ball concept that may or may not be good at all.

Add some sort of "assist" mechanic. Not sure how it'd be balanced with switch cancels or any of that, but the idea is similar to Marvel in many respects. What would happen is you call in your teammate and they can run out and perform one move. It could be a special or normal attack.

The move used is not hard set, it's decided by your teammate when they are called in, however, like Marvel your teammate is vulnerable to a "happy birthday" situation as your teammate would not only not be able to block, but they'd also be vulnerable during the moves recovery frames. There would be a no-unblockable setup where if an overhead & low would hit on the same frame then any type of block would work, maybe even find a way to extend it so that it's a 3F window, but that would be difficult to program. Still, the no-unblockable would still allow very very hard to blockable situations.

After an "assist" there would be a period of time, perhaps 5 to 10 seconds or something, where not only can you not call an assist, you can not switch characters. This whole idea would need to be figured out more deeply as the question of how to make it useful when the switch cancel option is available is the issue.

With DBFZ adding a 3v3 online mode, something I can't see being competitive, and MvC:I missing out on the opportunity for 2v2, a mode I could see being competitive, it yet again brought my mind to this unpolished game that had so much potential. Perhaps one day a traditional fighting game will come out that'll have a more team oriented gameplay concept that is embraced by the FGC.