Sony and Nintendo had some great ideas for mobile gaming, starting with the PSP and moving on towards the VITA Sony had a powerful device in the market that could topple Nintendo's stronghold that was built with the DS and it's gigantic userbase. Meanwhile Nintendo made some serious bets in the "3D" gimmick and asked for a salty price tag that would twarth the initial year of the 3DS.

Looking back at it now (with hindsight 20/20) its clear what mistakes were made and who won the war, but to watch  the battle unfold was fun like hell. The 3DS made a strong comeback after a not-so-hot launch while the VITA saw what many Sony devices faced before, almost abandoned by its parent company it flies solo with support from external developers but far away from the 3DS sale numbers, let's also not forget the bad choices related to its proprietary memory cards.

For me mobile gaming was always desired but something hard to enjoy while in transit due to constant robbery, and I mean real life gun-to-your-head robery, my country was never the safest in relation to walking around with eletronic gadgets and that ended up with my Gameboy, Wonderswan and many other beloved handhelds (and other eletronics) being stolen.

Today I show you my DS, 3DS and VITA game collections ! Starting with a quick view of my current mobile devices 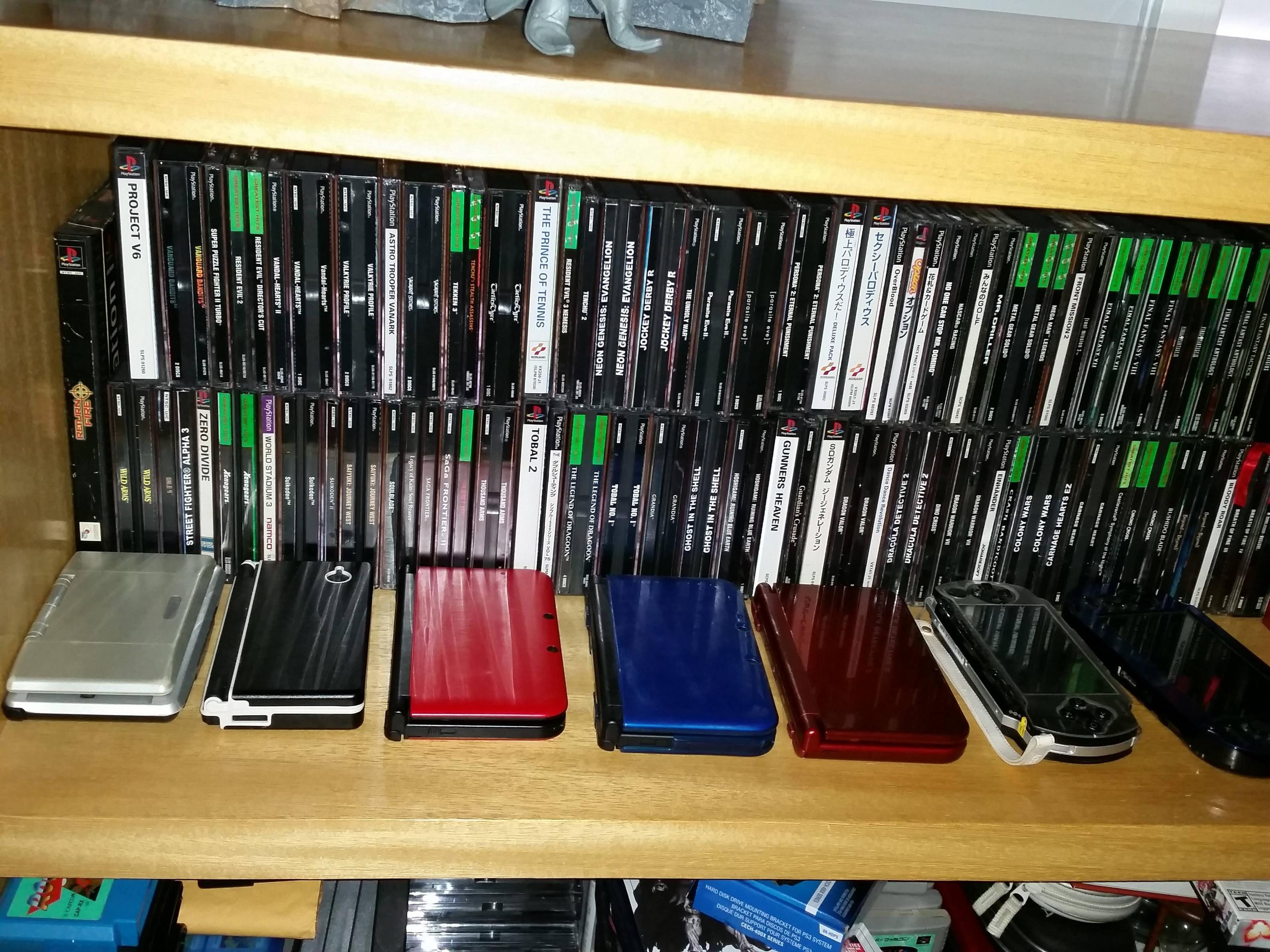 And now LET THE GAMES BEGIN  ( with the DS/3DS game collection). 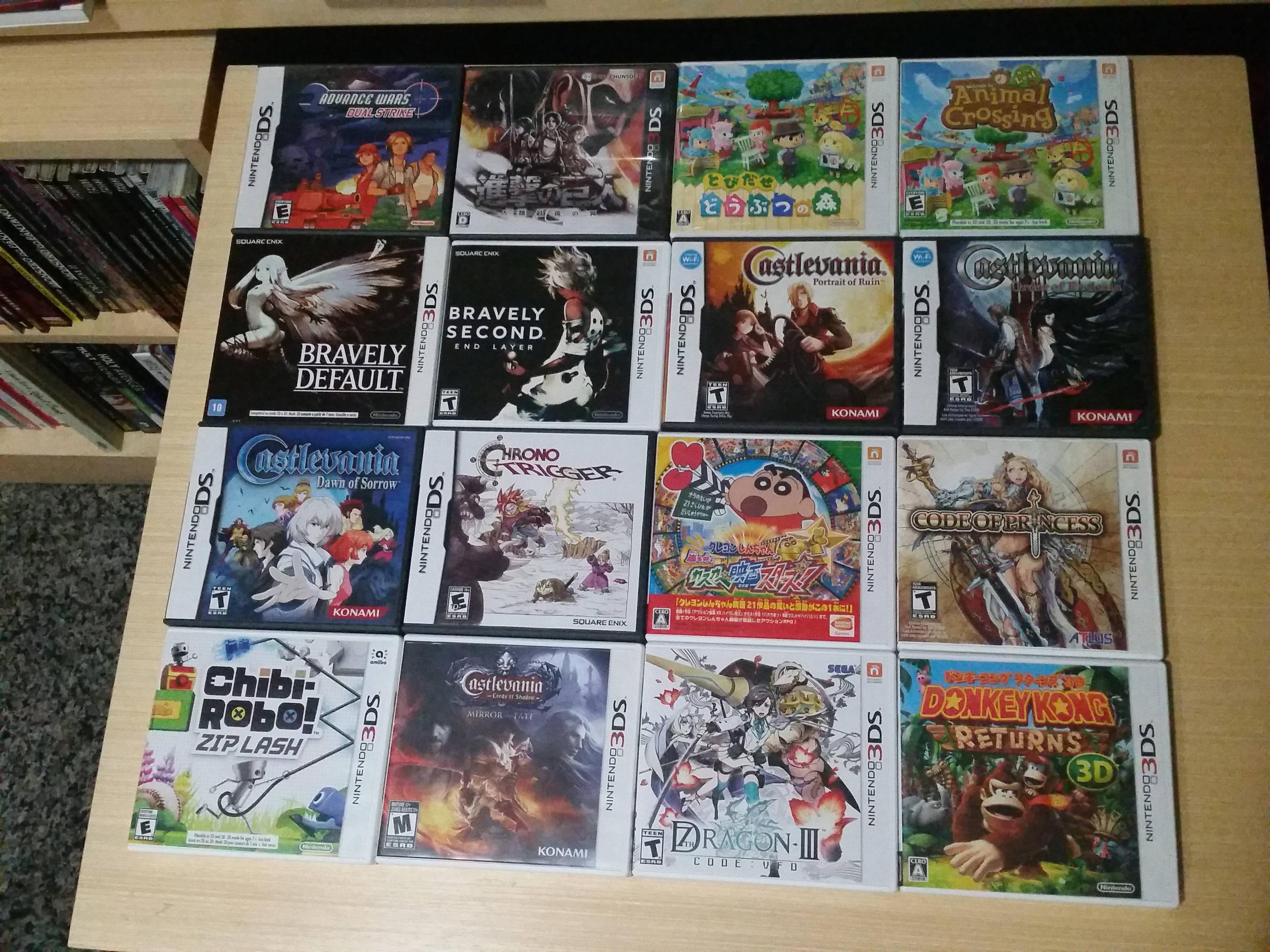 So many nice Clastlevanias , advance wars also needs a sequel (and love). 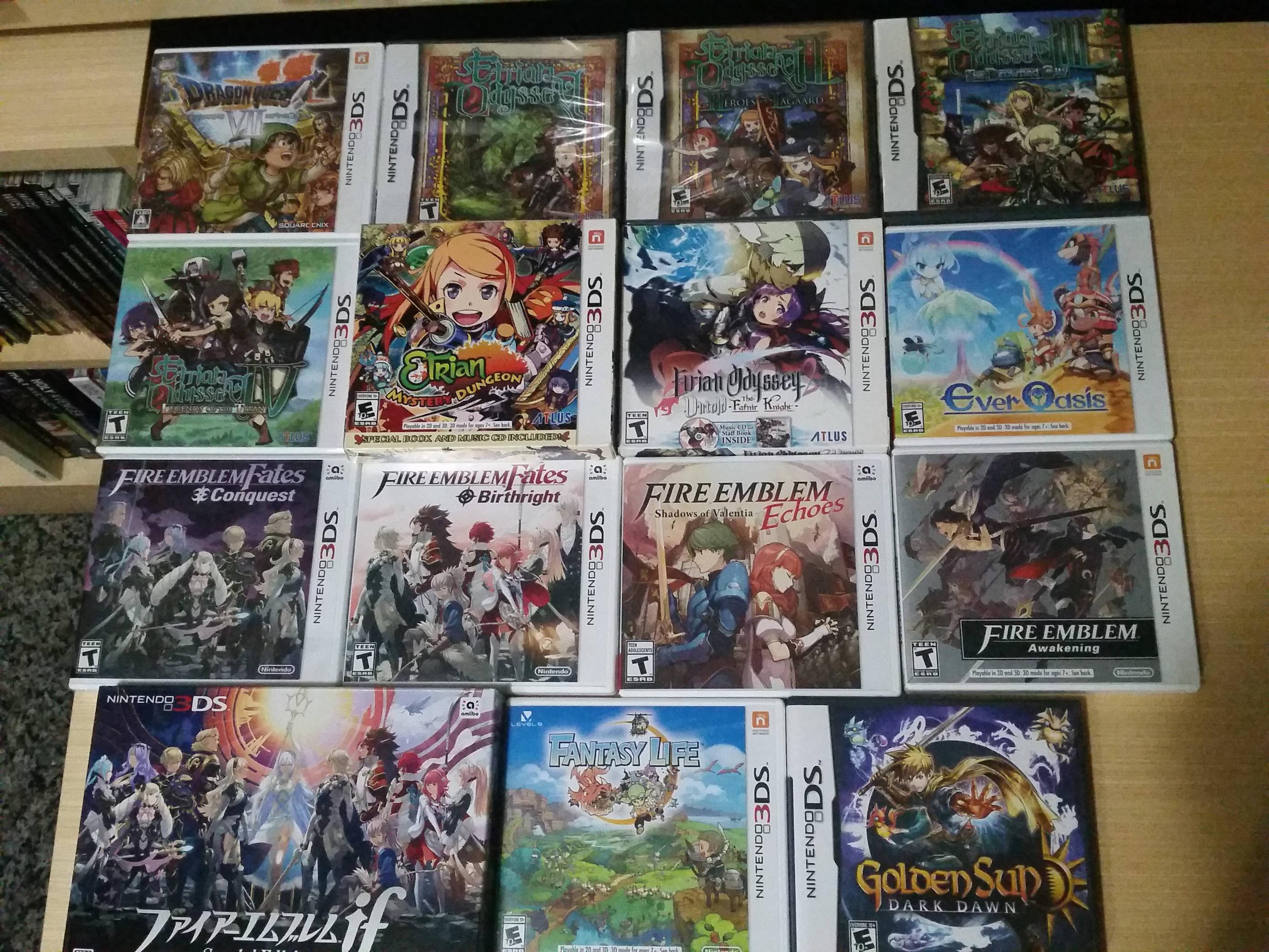 I love the fact that I could play Dragon Quest VII in my JP 3DS before all my friends, but I never bragged about it, Fire Emblem was a series I always liked but the addition of waifus put it in my all time favorites. 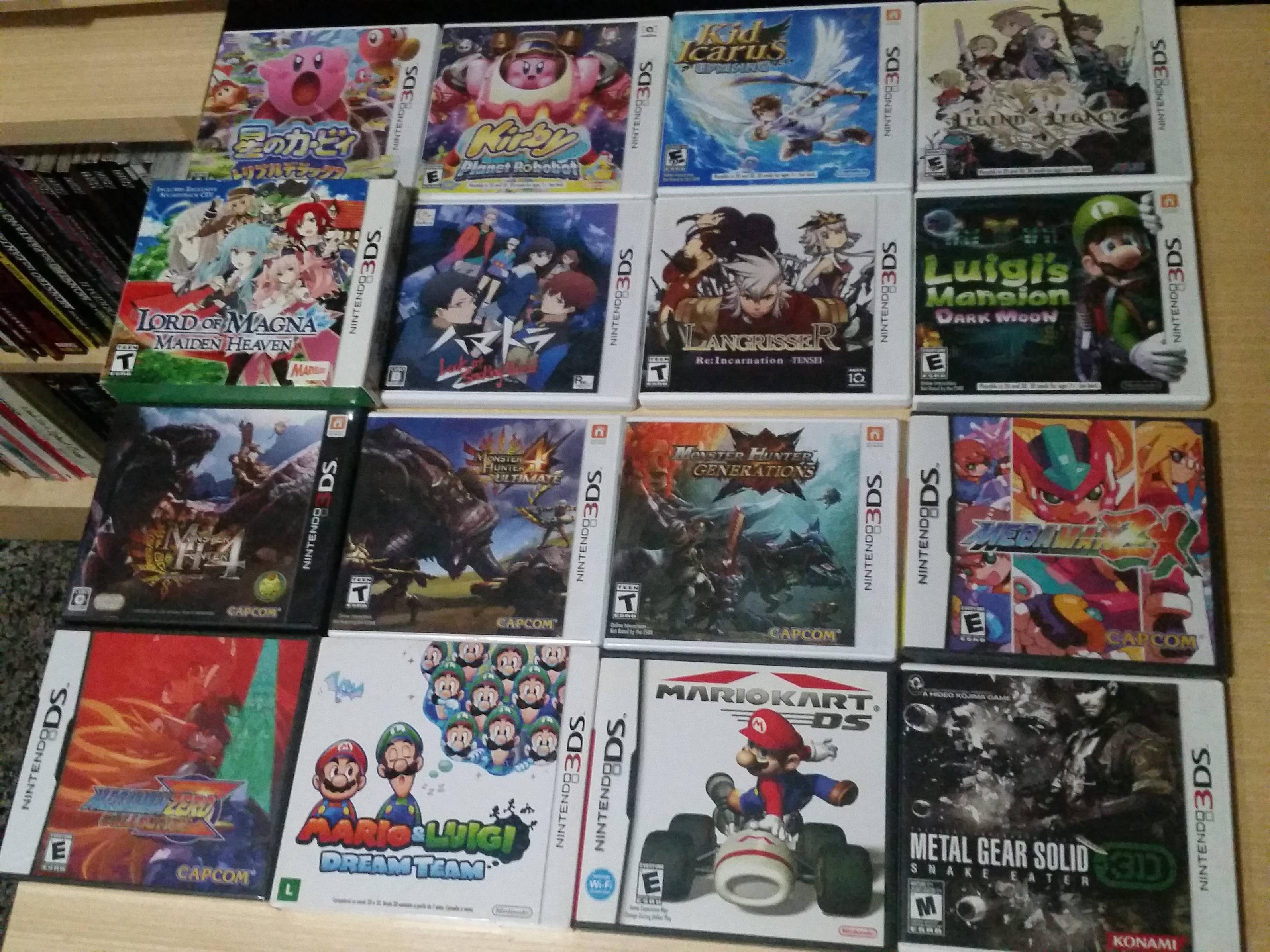 Luigi's Mansion was a great ( albeit short game) and the Monster Hunter games were great. Megaman ZX is a hidden gem, if you have not played it yet you should look for it. 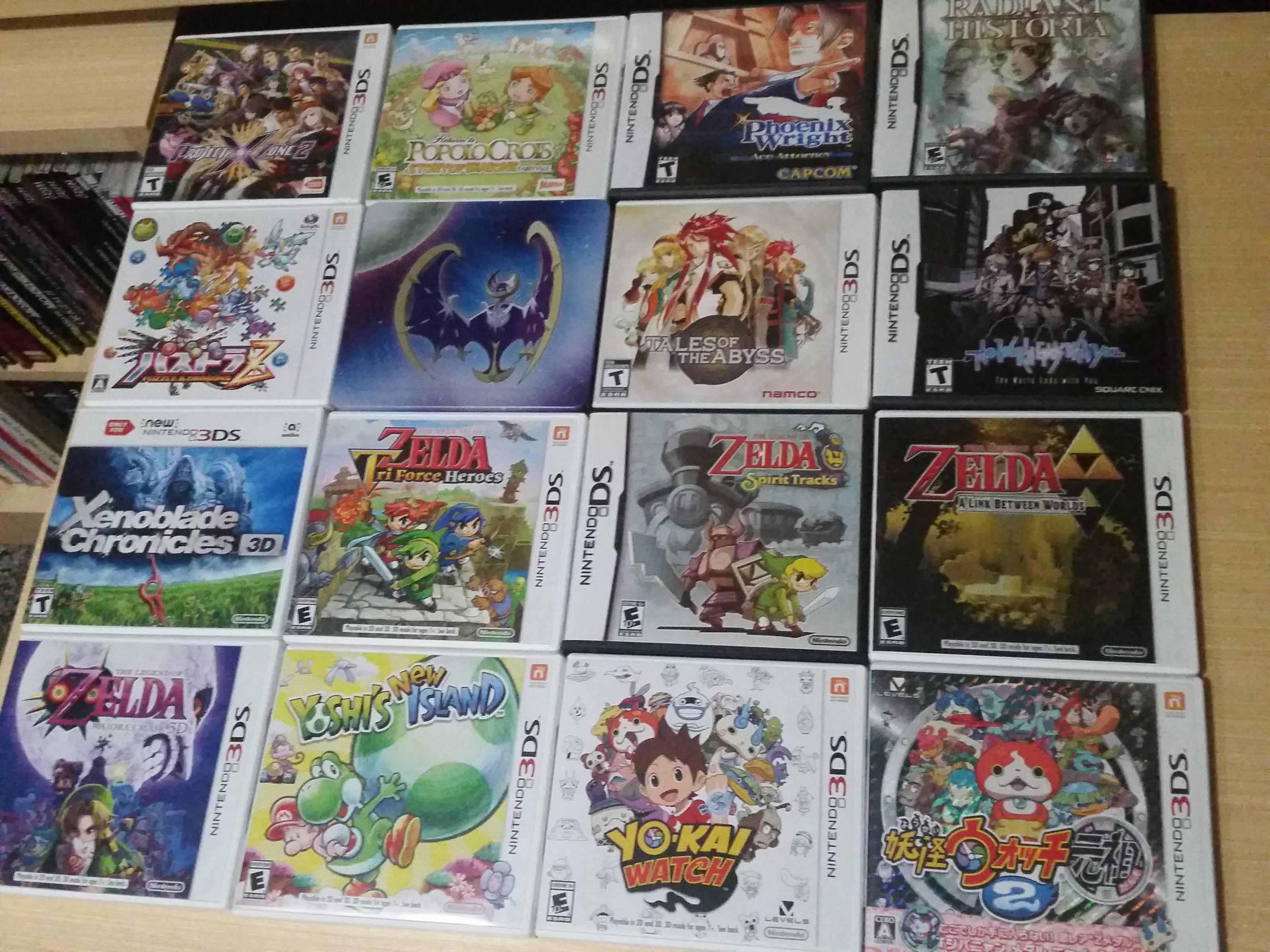 When I was playing Yokai Watch 2  Yokay Watch 1 was coming out in the west ! 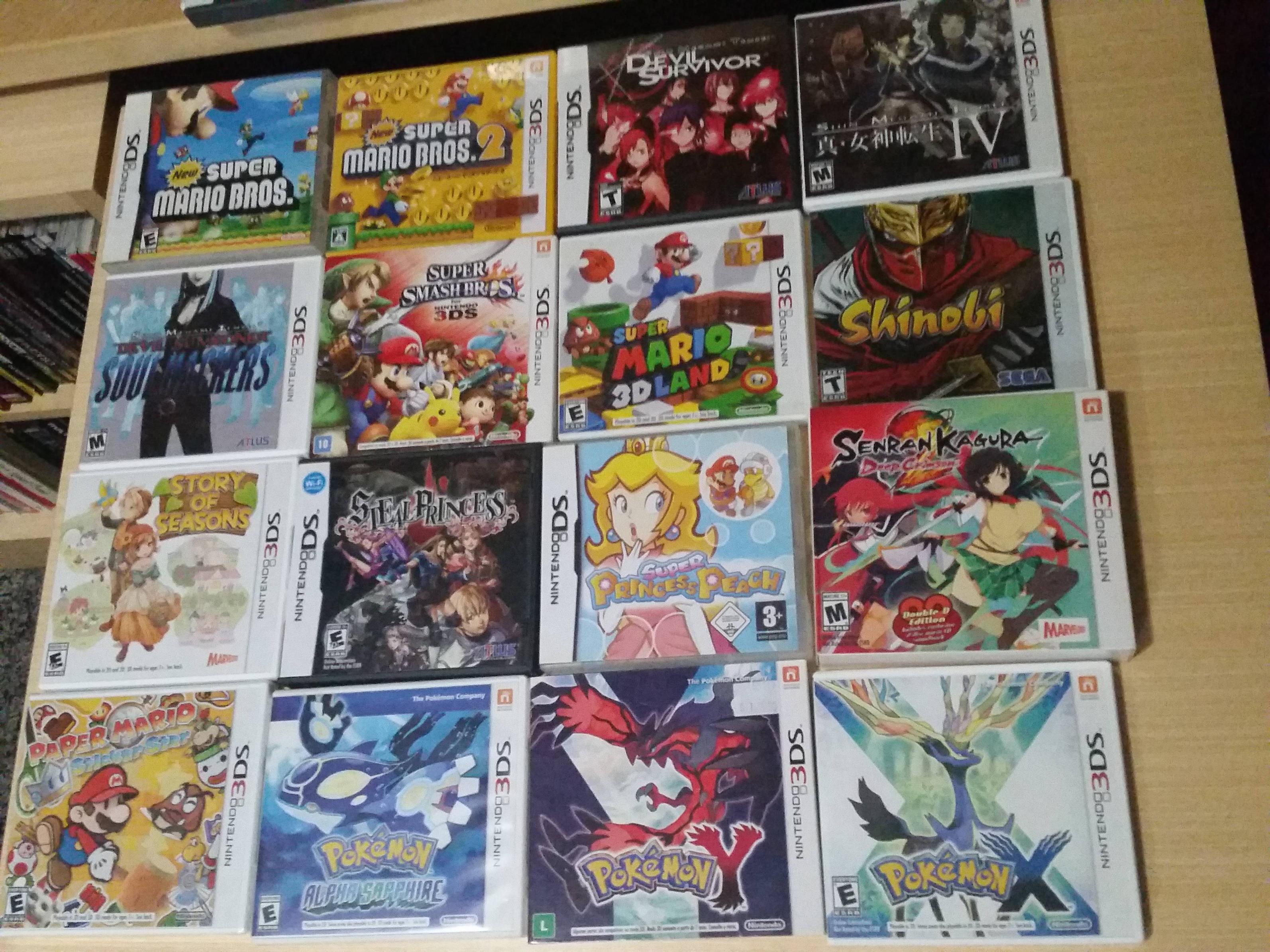 Super Princess Peach was nice, I hope they do more games were Peach can solve problems herself instead of waiting out for Mario (after all ,what kind of Ruler waits for others to solve their issues). 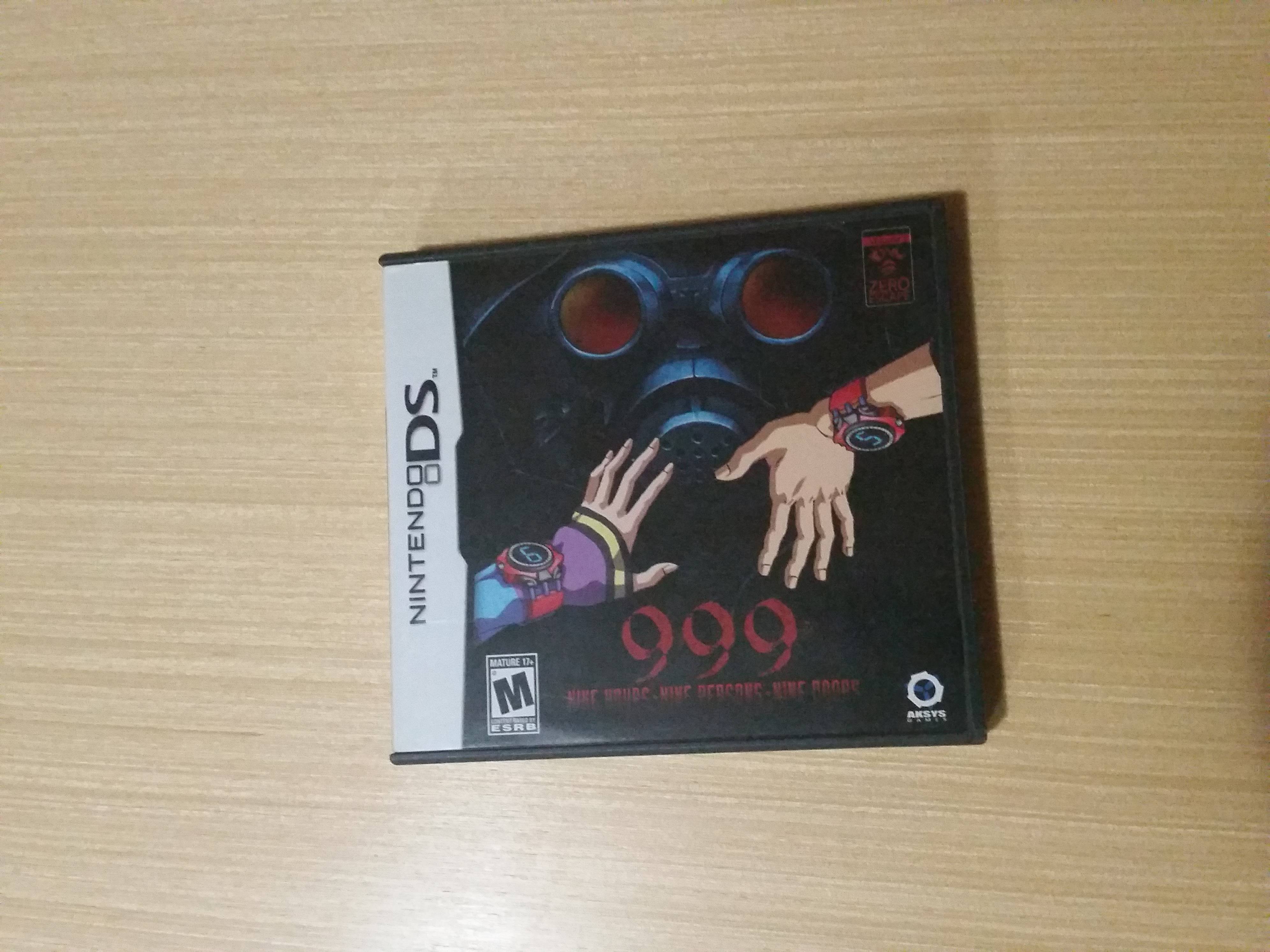 And now the VITA ( there's almost no games here a shame most of my VITA library is digital) there's no PSP titles for the same reason. 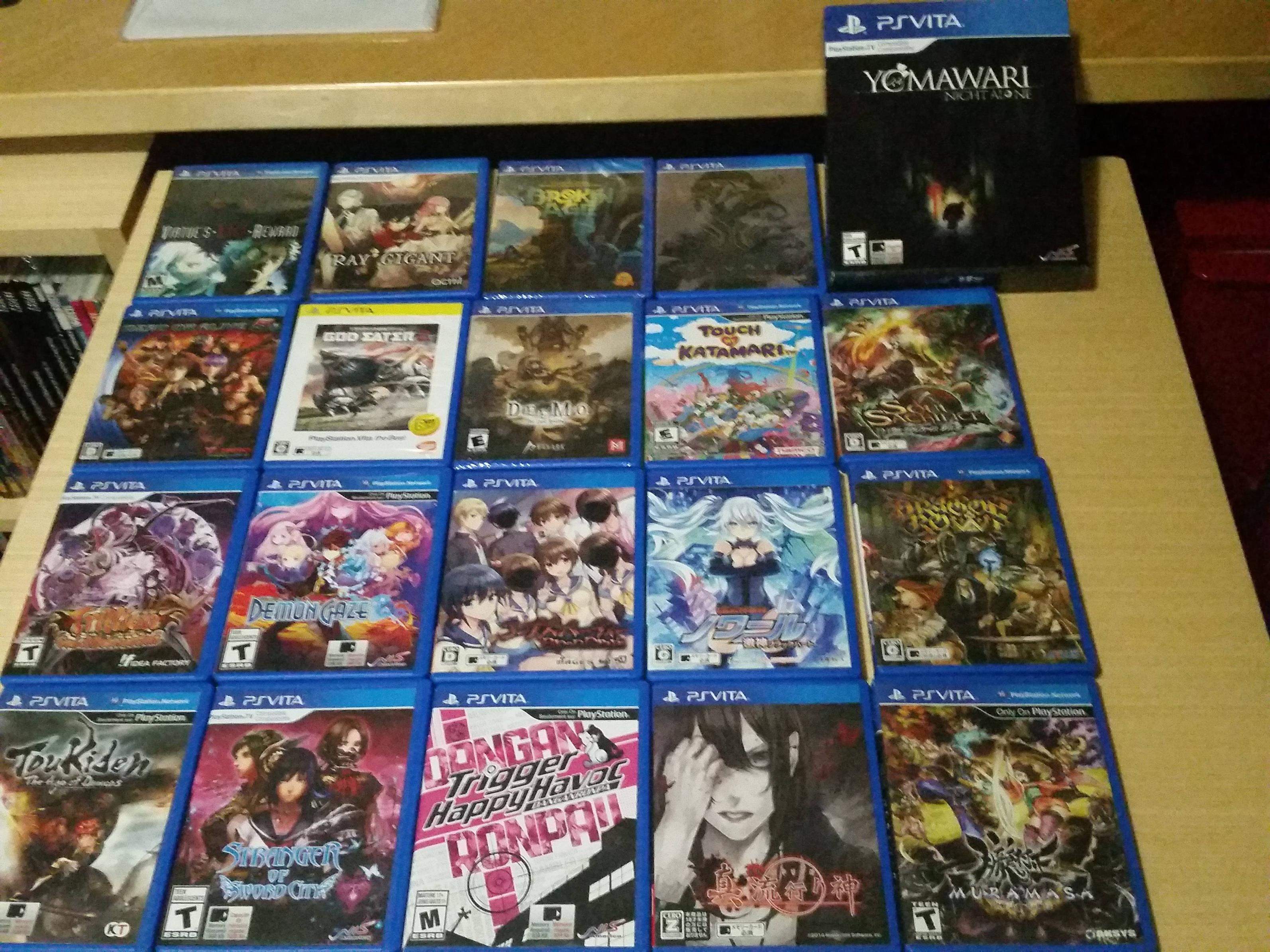 Almost nothing , but I do love the small cases.

That is it, I would love some more mobile devices but I'm focusing on other platforms right now.

Up next my PS3 collection.