The Sony Playstation was a console that defined its generation, love it or hate it, the fact remains that it had an large library of games supported by a large install base which brought not only great AAA titles to the table but also made it possible for many odd titles to be released in the west.

My Playstation collection is not the largest, but I'm proud of the overall rare games I could nab (even though some of them were paid in blood and tears). Of note ,there are some CD covers that were reprinted or made by hand since most of the time its hard to find bargains that have the games with cases, covers and manuals. The focus of this collection is at the superb JRPGs and classics of the PS1 time period.

Today I show you my Playstation game collection ! 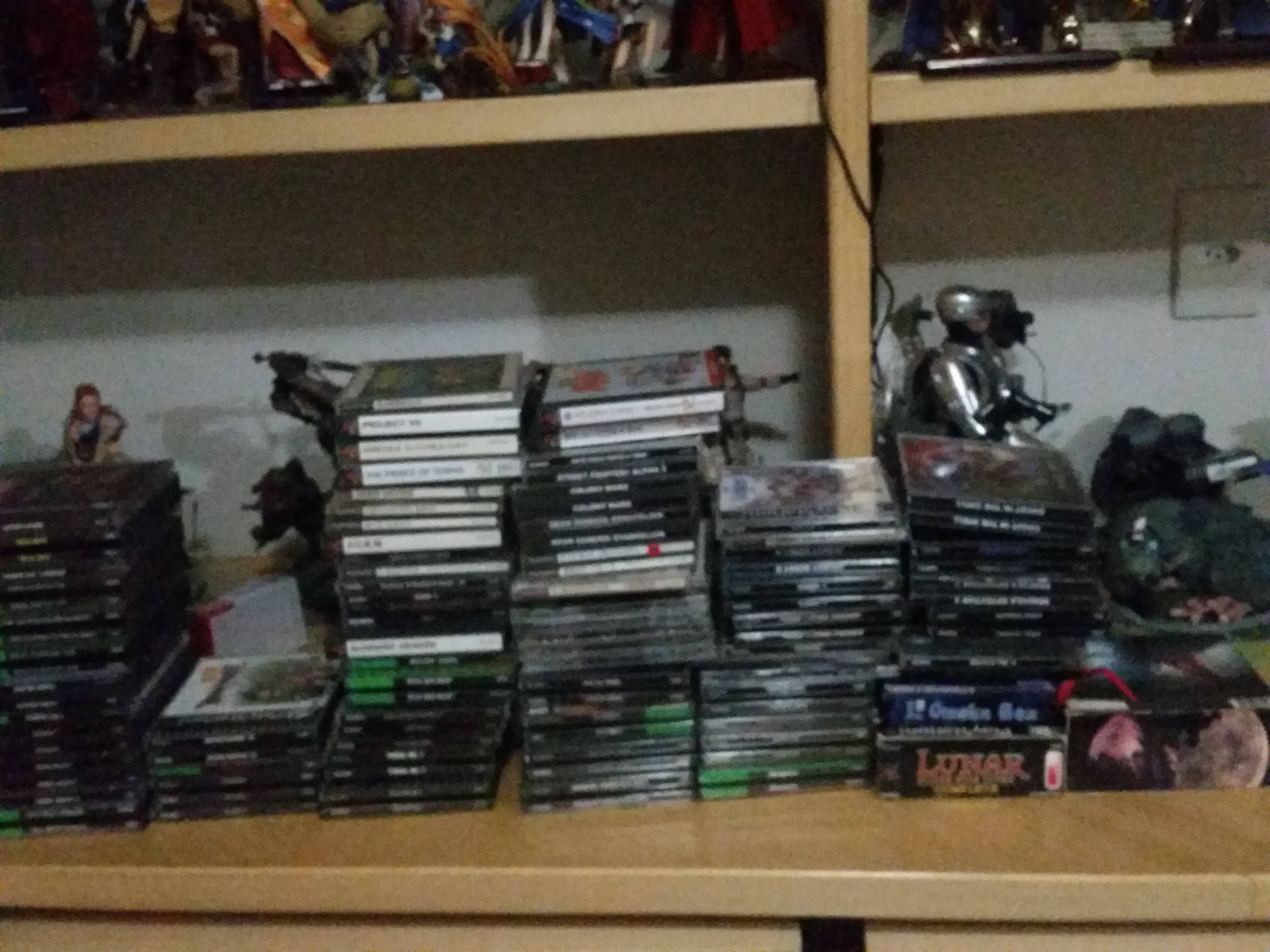 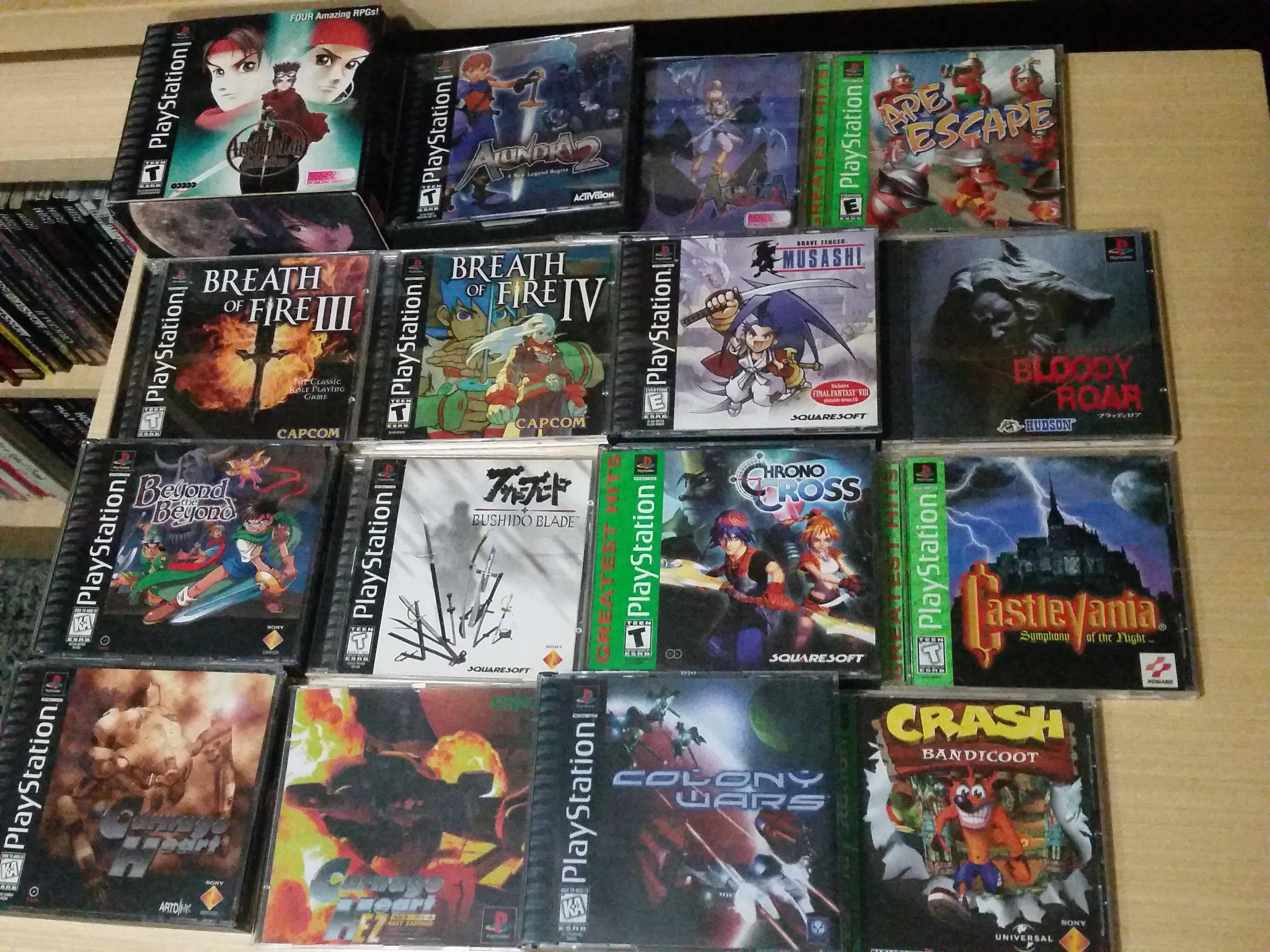 Not much to say except that I love Breath Of Fire since the SNES and those games are very important to me (more so than Final Fantasy or Dragon Quest franchises) . Castlevania SOTN is a must in any Playstation collection . The cover of the first Alundra is a replacement. Last but not least we can see WOAH: Origins. 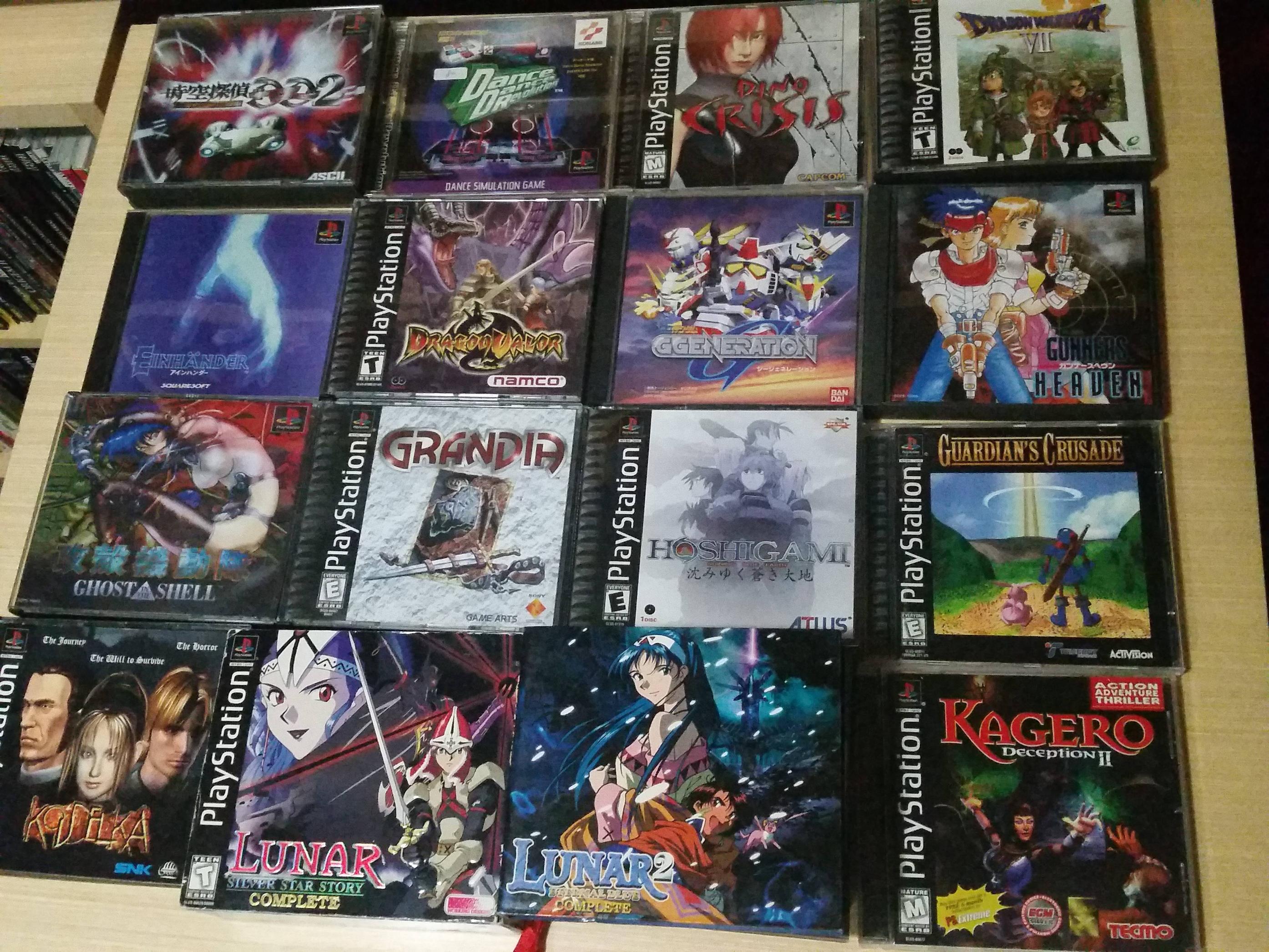 Here you can see Lunar 2 Eternal Blue the best JRPG of the currenty AEON. That Einhader came from Japan ( not the Moon as some would think) , Ghost in the Shell cover is a replacement I made. 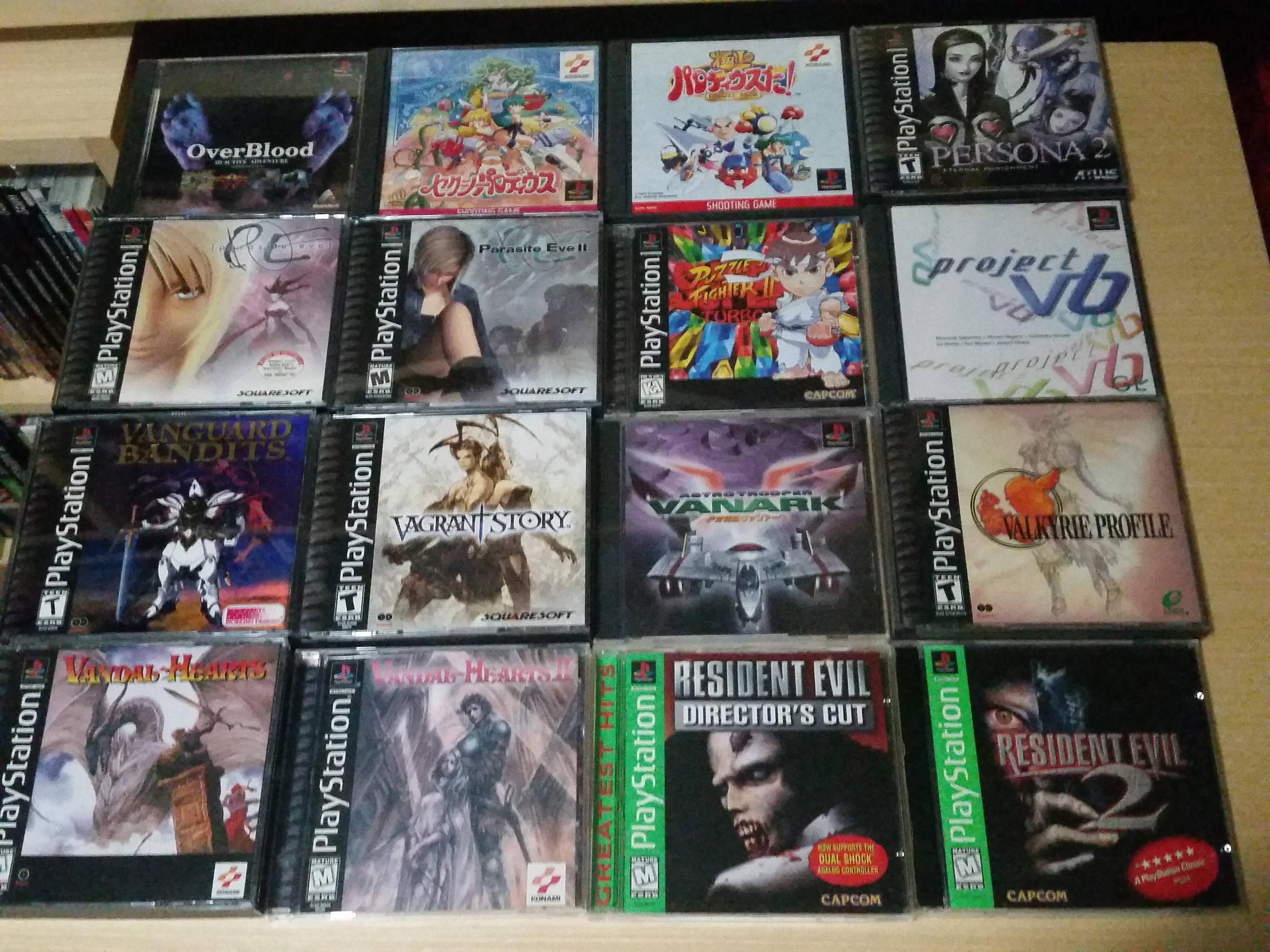 Most of the games in this table are worth a ton of money and were hard to find, specially Vanguard Bandits and Valkyrie Profile. Parodius copies are also a pain to find in the US, both of those came from Japan, Vanark is new and sealed ( not that its that rare though) . 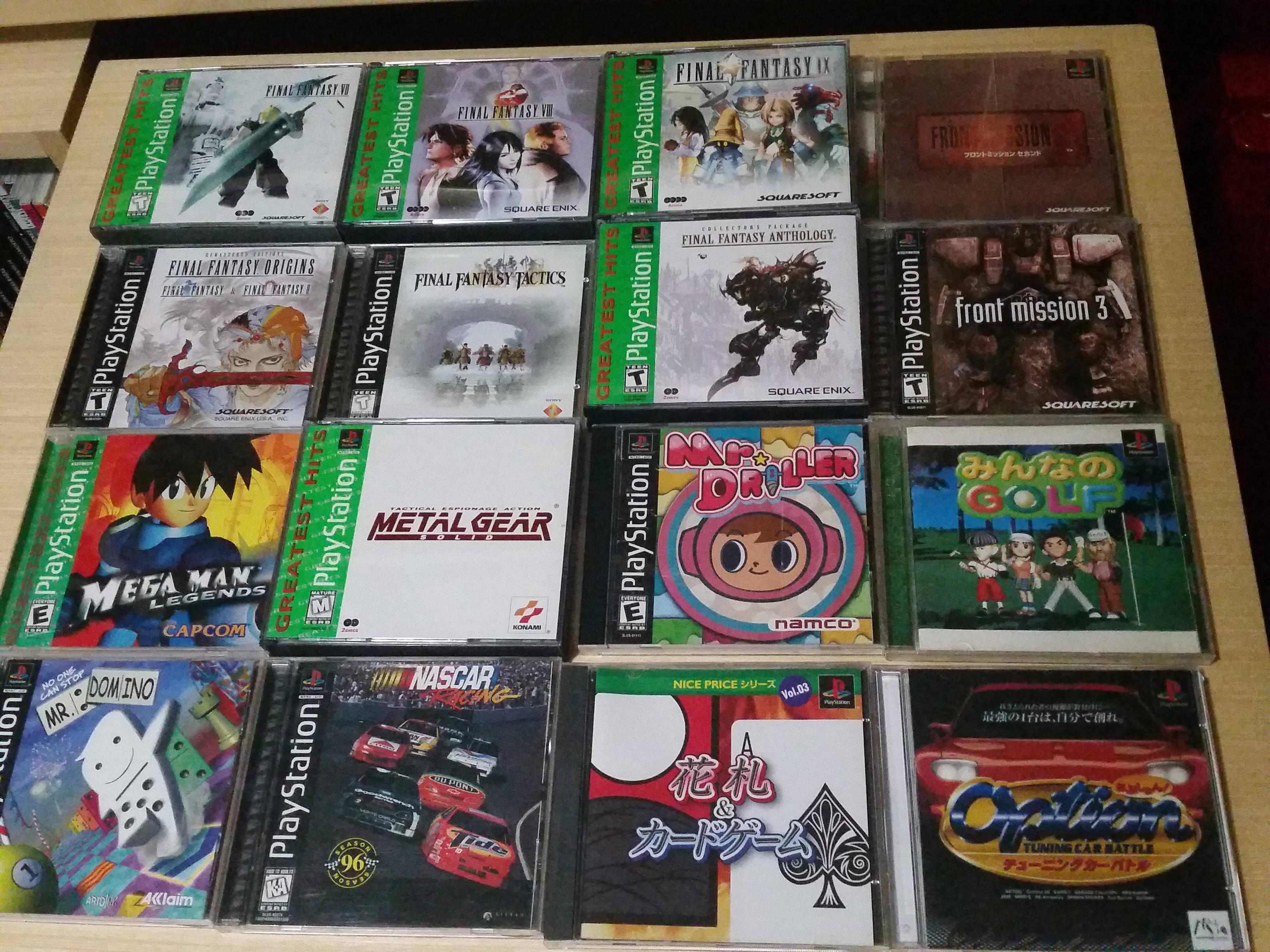 All Final Fantasies I could get my dirty hands upon, Megaman Legends 1 wich I actually bought in a bargain and some odd Japanese titles. 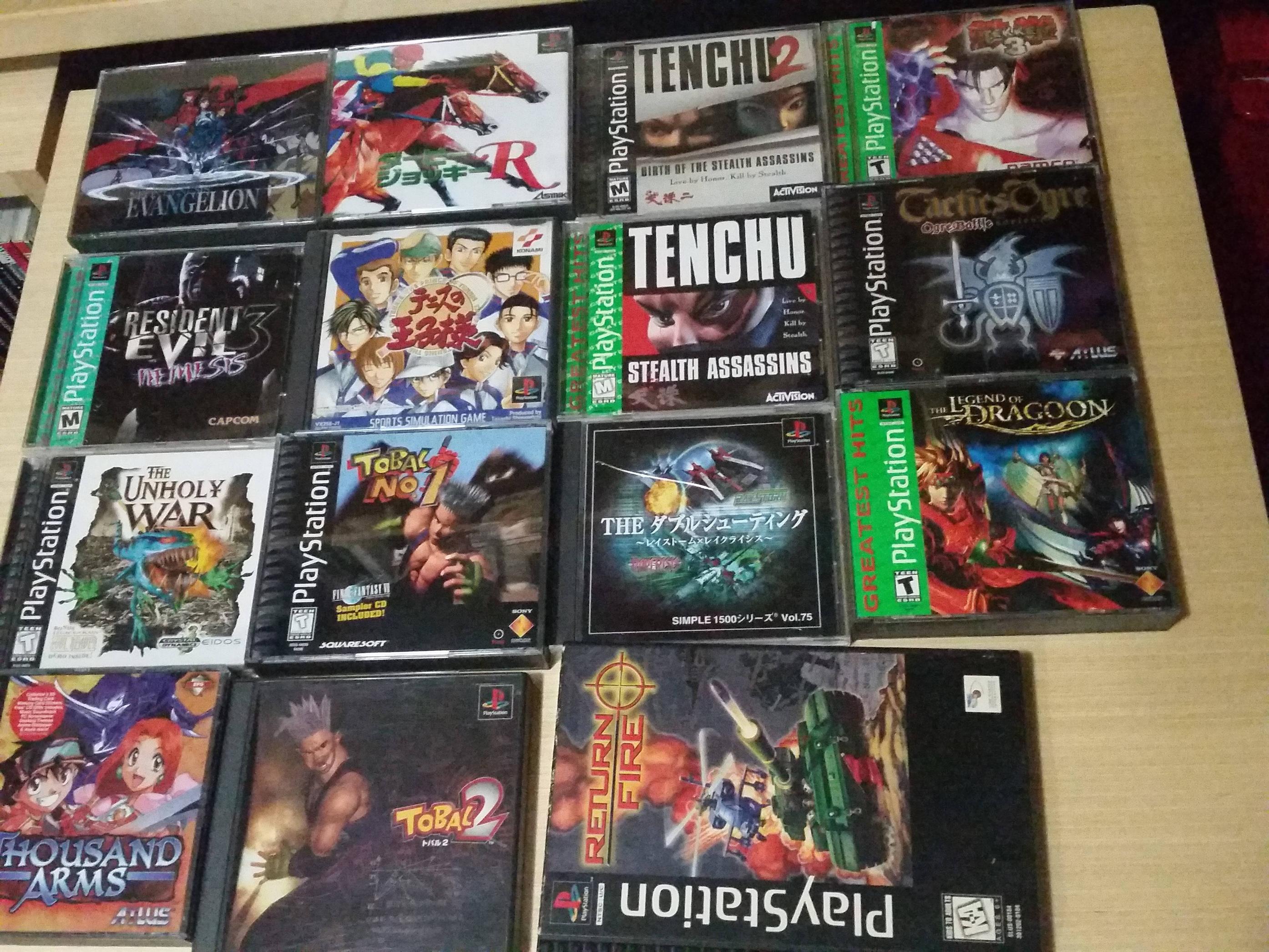 The cover of Neon Genesis Evangelion is a replacement, a real shame the west did not saw Tobal 2 . I love the stealth assassinations in Tenchu. 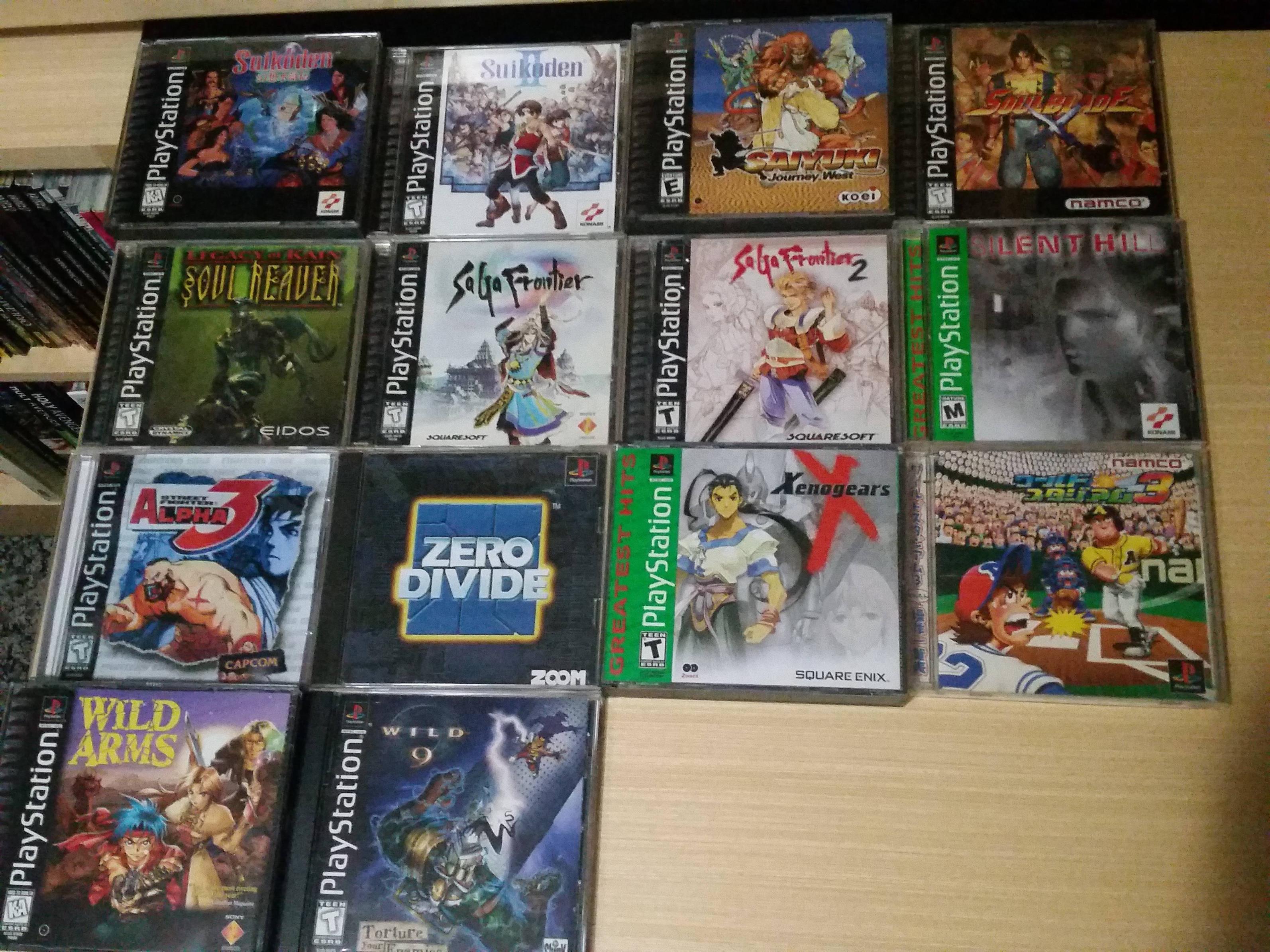 Wild Arms OP still makes me cry but apart from Suikuden II theres nothing out of the ordinary here. Sayuki is a hidden gem , try it ! 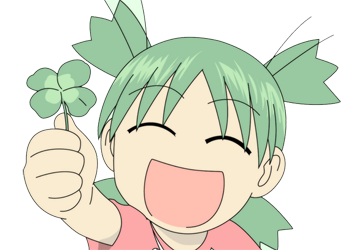 I'm looking for some odd titles here and there but I'm very satisfied, I pretty much got all the JRPGs I wanted. Don't let your dreams be just dreams ( for the record I started this collection in 2015).

For the next blog : My DS, 3DS and Vita collections. See ya !