If I had played Gone Home when it released, I'm certain it would have been my game of the year in 2013. When I finally got around to playing it 2014, it blew me away. Gone Home was an experience unlike any other at the time. It was still early days for the "walking simulator" genre, and none had reached the level of detail and craft Gone Home contained. Fullbright, the games developer, received numerous awards for their achievement, but the game was not without it's detractors. Many people didn't see the appeal of a game that had no action, that had no real puzzles, and that seemingly had no real objective. Tacoma, for better or worse, is a game very much in the same vein as Fullbright's previous effort.

Without giving away too much, the premise of Tacoma is simple. You are contracted by the Venturis company to retrieve the AI Odin from an abandoned space station called Tacoma. The game starts with you docking in the station, and from that point on you're on your own to piece together the story of what exactly happened to the crew of the Tacoma station. 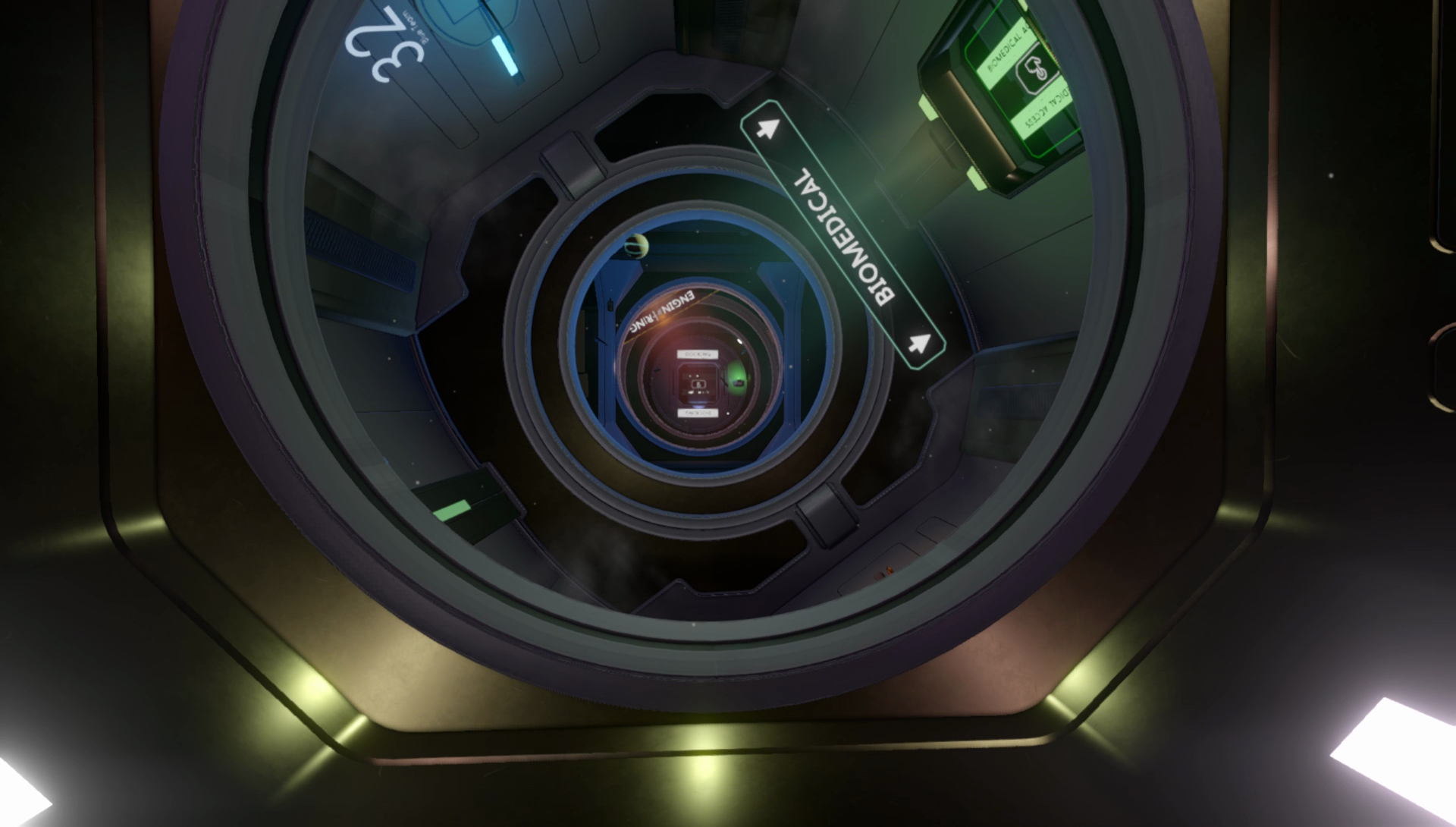 By far the biggest deviation from the Gone Home formula in Tacoma lies in it's linear structure. Tacoma is the most linear game I've ever played. In fact, the games hub is a literal hallway with doors that open one by one in sequence. The spokes of the hub are all very small, usually consisting of a couple of rooms at best. On top of that, the game is littered with signs labeling every area you visit. You'll never find yourself wondering what to do next as you journey through the station. 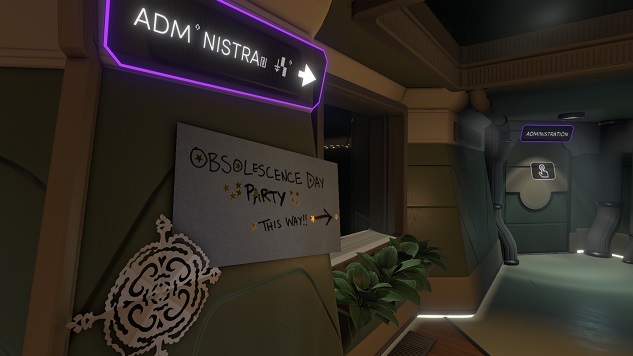 The lack of size is easily made up by the sheer density of the world. You can't go a couple of feet without finding something to interact with. You can pick up and examine just about every item you come across, from toothpaste tubes on up. Every item you pick up has a purpose in the world , nothing is just set decoration. Rather than explicitly narrating how the station works, what it's purpose is, or how the crew lived and worked here on a daily basis, the game leaves you to piece everything together by immersing yourself in the location. 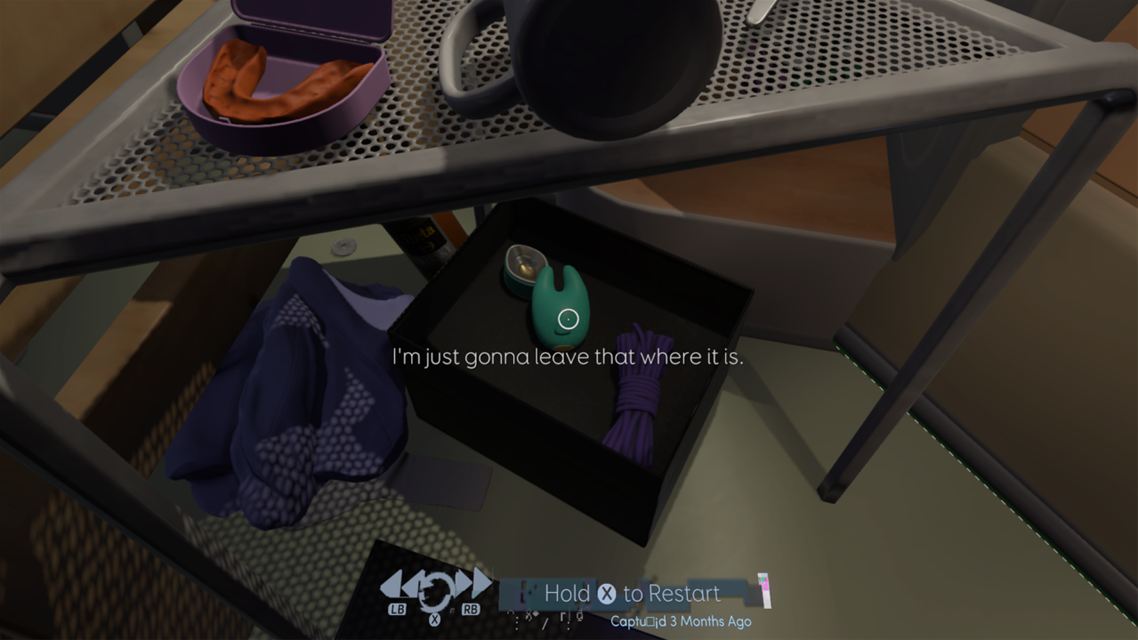 While the game relies on this interaction to tell you about the station, it uses a completely different tool to tell you about the people who lived there. As you walk around the station, you find AR (Alternate Reality) recordings of the crew that flesh out their personalities and relationships. The crew is represented as colored avatars in these recordings, but it won't take long for you to recognize every member of the crew thanks to the fantastic writing and voice acting. You can also rewind and replay these recordings, which allows you to follow members of the crew as they have private conversations among themselves. Finally, at certain points in these recordings you can look at each crew members personal virtual reality dashboards, giving you even more insight into their lives through text messages and text translations of verbal conversations. 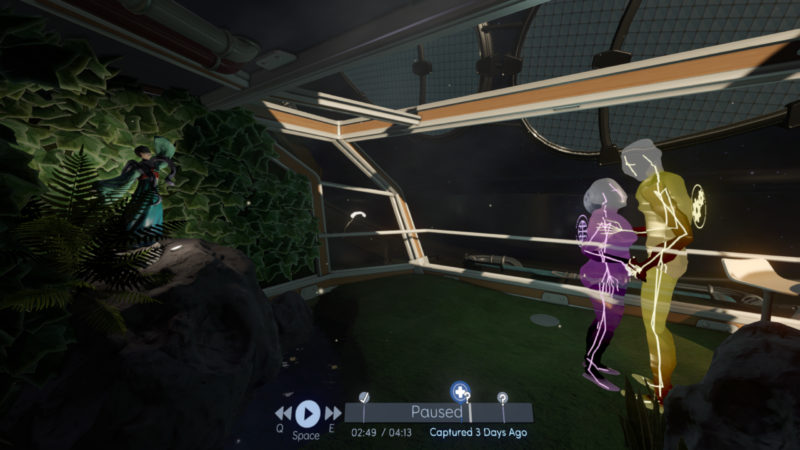 Tacoma makes great use of all the tools available to tell an intriguing story, but it's a story that ends far too quickly. I don't mean that in a "dollar to hours" sense, but more in a narrative fulfillment sense. The game ends right when the larger narrative starts to pick up. While they do technically wrap up the story of the Tacoma crew, you get no resolution past that. Unlike with Gone Home, I didn't have any sense of satisfaction when the credits started rolling. They say the journey itself is the reward, and in the case of Tacoma, nothing could be closer to the truth.