Okay, I’ll admit it, I have an unhealthy obsession with the Gamecube, but it’s one hell of a system. If you look at the design of the console, it was supposed to fix all of the shortcomings of the N64 while maintaining the “less is more” philosophy. It sacrificed media capabilities for power and functionality for games. But beyond that, it was the last time Nintendo ever produced what most would consider to be a “traditional” console. So, with this guide I’d like to go over the hardware and accessories along with some easy game recommendations to help anyone interested in diving in for themselves.

The first thing you need to decide when getting into the Gamecube library is which console you actually want to play Gamecube games on: the Gamecube itself or the Wii. Believe it or not, this isn’t as straightforward as you might think, there’s good and bad on either choice, it really boils down to which negatives you’re willing to deal with, and which positives are more appealing.

If the actual Gamecube gameplay experience is what you want, the original hardware is a better choice. The problem is the Wii won’t natively recognize inputs from the GCN controller, so you need to have the sensor bar and a paired Wii remote to boot games or manage your saves. In terms of video quality, it’s poorer (only marginally, see the pic below), and since most GCN games run in 4:3 while most Wii games run in 16:9, you’ll be constantly switching back and forth between the two or playing games in stretch mode. Moreover, the controller ports are on the front making for easier access for multiplayer. The other big reason you would chose to play your games on an actual Gamecube Is that it’s compatible with Broadband Adapter and Game Boy Player. While the former isn’t much of a loss (unless you have specific aspirations) the latter is a big part of the GCN ecosystem and may be a deal breaker.

If it’s functionality you want, the Wii makes for a very compelling piece of hardware. Obviously, getting another system that can use the same controllers in a smaller form factor, and just being easier to find is great too. You also have to factor in having another Netflix box (perhaps for a second TV) as well as the mods, and it can more than make up for the loss of certain accessories. But the real elephant in the room are the cables. Gamecube component cables are expensive and only certain models can use them, go on ebay and see what I mean (and no, RGB Scart cables don’t work on U.S. systems). Wii component cables on the other hand are cheap and common, even the Monster brand. That alone, in my opinion, should make the Wii the more compelling choice for most people.

Pro Tip: the Wii logo is vertical on the backwards compatible units, so you can tell even if you can't see the ports on the side.

This is a mostly straightforward affair: get the official controller. You do have a few things to consider though. The standard controller is fine, but since they’re old, just make sure to feel it, the analog sticks can get loose after prolonged use, it’s not as bad as the N64 but is something you want to watch out for. They can be taken apart and cleaned if they’re dirty but you’ll need a special tri-wing screwdriver. The cables on the original controllers are short, so I recommend buying the Smash Bros controllers, you can still get them new, so it kills two birds with one stone.

You might also consider the Wavebid wireless controller. I’m a fan of them, their range is great with no perceivable lag. They do require a receiver so don’t buy one without it, and you have to tune them both into the same channel to work. They lack rumble and don’t expect to be able to turn the system off and on with them (they’re turned on manually from the controller itself) but no other system of the generation has a first party wireless controller, so take the good with the bad.

Again, mostly straightforward: get the official memory cards. I know third party cards should work just fine but I’ve never trusted them. They come in 3 sizes and they’re color coded 59 (grey) 251 (black) and 1019 (white), just look on the back if you can’t tell between grey and white. You can pretty much skip the 59’s as they won’t hold but a handful of games. You can actually get 1019’s new in the packaging for less than $20, these cards are massive, I actually ran out of available slots for saves before I could fill them. The only problem with them is there are compatibility issues with some games: Backyard Football, Sonic Adventure 2, Darkened Skye, WTA Tour Tennis, Disney Sports Skateboarding, Disney Sports Soccer, NHL Hits 20-03, and Mary Kate and Ashley Sweet 16. The only one you’re likely to run into is Sonic Adventure 2 and that’s only if you have more than 999 blocks free. I suggest buying a 251 for backup if you're concerned. 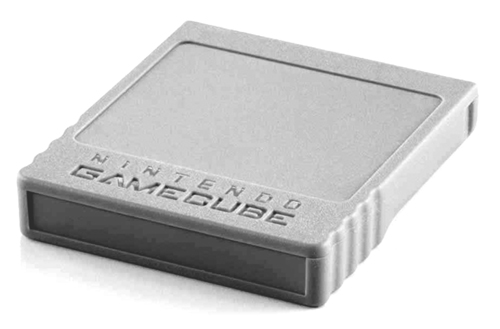 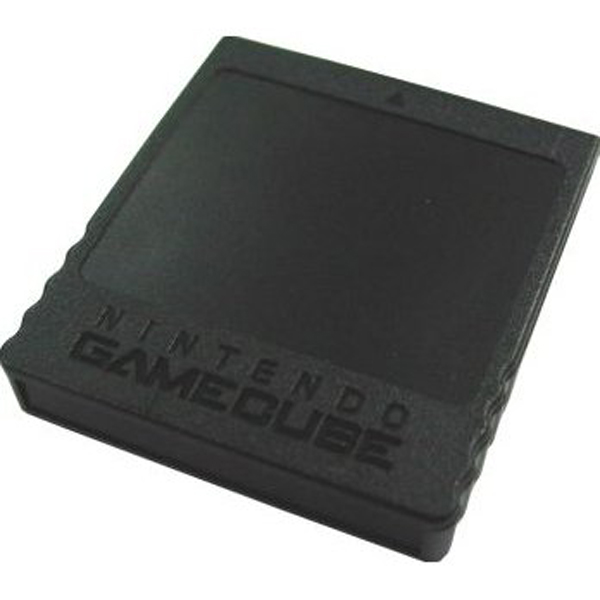 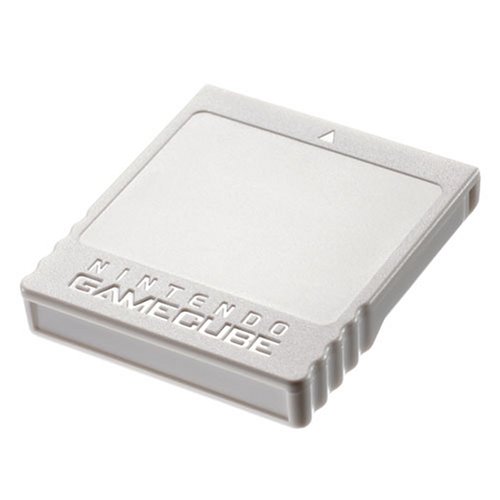 Also, a word of warning, if you plan on playing imports, get a second card just for those games. I have not had it happen to me, but I’ve been told foreign game saves can corrupt other saves.

Believe it or not, there aren’t a whole lot of accessories you need to buy. Most of them are for specific games. But let’s take a look at the major ones.

Much in the same way the Vita is touted as “the ultimate accessory for the PS4” the Game Boy Advance is the ultimate accessory for the Gamecube. You’ll need a simple GBA to GCN adapter, I’m a stickler for official gear, but there’s probably no harm is going third party here. Over 50 games use this, but for the most part, it’s just an extra mode or a gimmicky feature. Metroid Prime will unlock the Fusion suit (it’s only cosmetic) and the original Metroid, Sonic Adventure 2 has Chao stuff you can do, and Wind Waker has a co-op mode. There are however, a handful of games that really take advantage of the setup. If you’ve never played 4 Swords Adventures, it’s a real treat, Nintendo has made a few other versions, but this is the one to play if you have the hardware and you can get your friends to play it.  For the most part, I don’t think it’s worth investing in a GBA solely for this feature, but the handheld is great in it's own regard to it's easy to justify for that library of games.

The Game Boy Player is exactly what it sounds like. It attaches to the base of the GCN and plays Game Boy, Color and Advance games. If you’re looking online for one, make sure to get the disc with it, it won’t work without it. Other than being unable to play special GBA Video carts, it works just like the original hardware. Also understand that these games were meant to be viewed on a 3-inch screen, they run in 240x260, so keep your expectations modest when viewing on a large TV. And again, this won’t work on a Wii.

A bit of a Frankenstein Monster....

The rest are software dependent and unless you’re planning on getting these games, you can pretty well ignore them. The only ones I would consider are the DK Bongos and the Microphone as Nintendo has first party games that use them, but these are more of a “down the road” kind of deal. There’s also a broadband adapter if you want to play Mario Kart Double Dash over LAN, but there are far better (and easier) ways to play Mario Kart in my opinion.

At the risk of droning on too long, I’m going to keep this list short. Think of it as the ones I recommend picking up first. If there’s enough people interested I can put together a more comprehensive list of games with some hidden gems: Super Mario Sunshine, Super Smash Bros Melee, Pikmin, Luigi’s Mansion, F-Zero, Metroid Prime, Paper Mario, Soul Calibur II, 1080 Avalanche, Animal Crossing, Mario Golf, (and assuming you don’t have a Wii U) Wind Waker and Twilight Princess.

So, there you have it. I hope this guide has been a help to you. If there’s something in the hardware I missed let me know. Also, if you want me to make that blog for the games let me know. I have over 100 Gamecube games and am still collecting. Until then happy gaming.