Did we learn from Dawn of War and Company of Heroes?

Dawn of War III was announced with one of the coolest cinematic trailers of the recent years. Unfortunately, the game itself turned out to be a sack of tumorous growths, lurching blindly on its misshapen legs of Starcraft and MOBA elements awkwardly sticking out of a badly-crippled RTS body. This begets the question: did we learn anything at all from Dawn of War I? 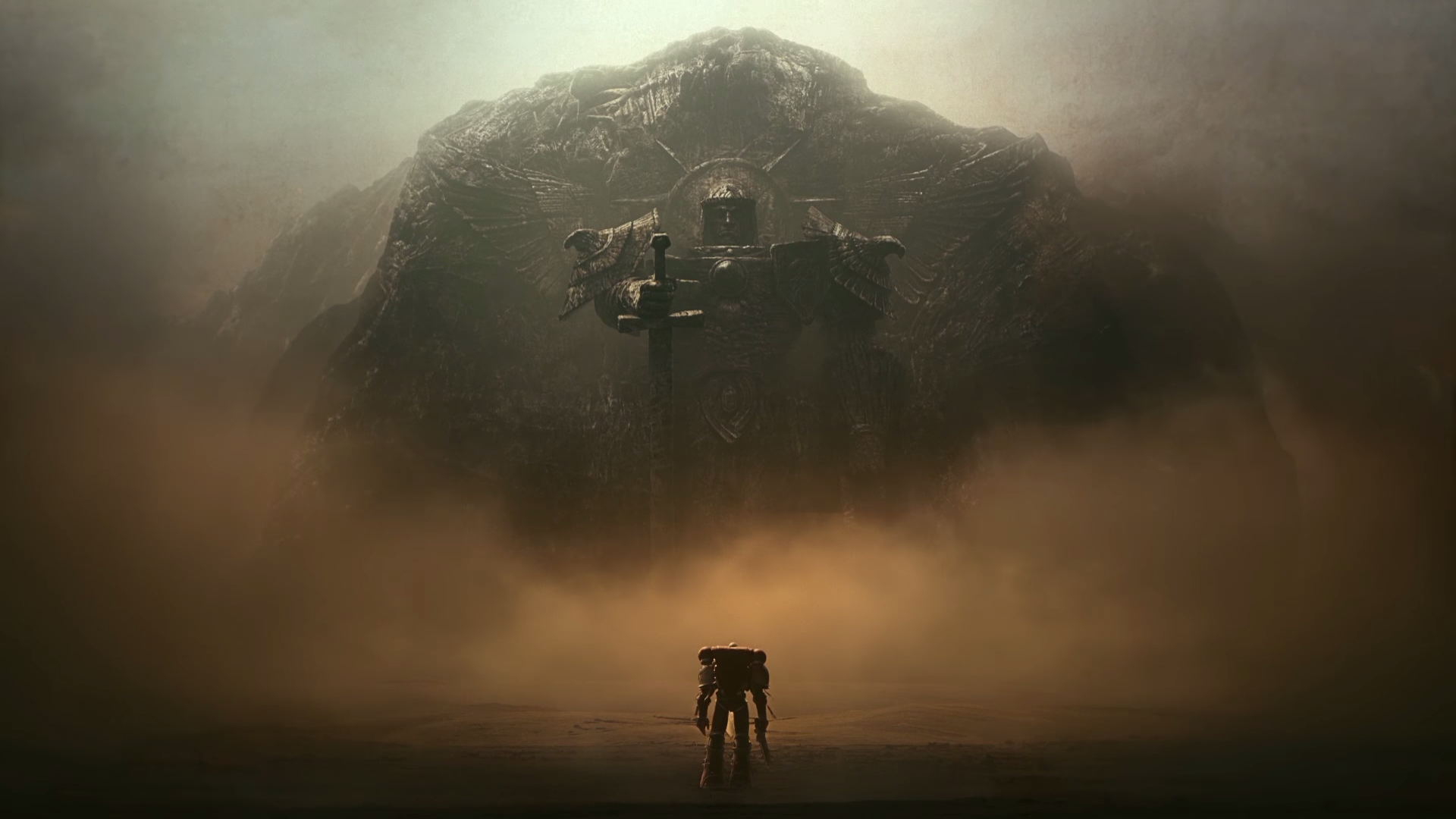 Back then, we had hope of the game not being shit. Hope, as we all know, is the first step on the road to disappointment.

Back in 2004, Dawn of War was like a revelation. Warhammer 40K, the biggest toy soldier miniature wargame making its freshest and most accessible appearance of all time. The game had it all: an awesome, focused campaign; an engine optimized to an insane degree, yet powerful enough to use unit models for in-game cinematics; unit barks that etched into our minds. This was a fairly new take on RTS that had you build units instead of individual soldiers, upgrade those squads with guns, use intuitive cover to protect them and see them suffer from morale mechanics. The scale of the game was sweet and everything - from the text to the way which different factions' building were built - was filled with tiny touches that showed it to be a work of love. Oh, and the game was mod friendly enough that the scene is still alive 13 years later.

Yet we were not prepared for Company of Heroes. Remember everything I mentioned in the last paragraph, but better in every way. The campaign was amazing, the unit barks somehow got even better, in-engine cinematics blew our mind, and the modding scene was driven into an absolute frenzy, cranking out mods that added more content than the main game had in the first place. I would love to call the game "revolutionary". Eastern Front mod remembers that Hungarians were there too, something even Peperidge farm can't do.

However, I can't. Not even the games in the same series followed suit. Dawn of War II went half-heartedly into RPG territory and the campaigns got progressively worse with each expansion. We went from a lovingly crafted campaign that introduced units for factions not appearing in the game to campaigns for every faction... that all tread the same maps for largely the same objectives, sense be damned. I still suffer from my choice to take on the Tyranid campaign - which by definition is hostile to having characters - first.

Meanwhile, Company of Heroes II, marketed as the game that would finally give due to the Eastern Front, presented us with a campaign that replayed the old, tired and really not historically realistic tropes. They couldn't even follow through the Wehraboo dream of the Jerman Steehl juggernaught, as Germans, built up as an unstoppable elite military behemoth in the cutscenes, just zerg rushed you in the missions. It was like the "asiatic hordes" myth from the bizzaro world. This was also the game to penny and dime players for all sorts of things, starting with alternative faction trees to pseudo campaigns to actual faction expansions that sold your armies separately... or parceled out single player and multiplayer parts separately... or had a single player faction that needed to be bought separately. 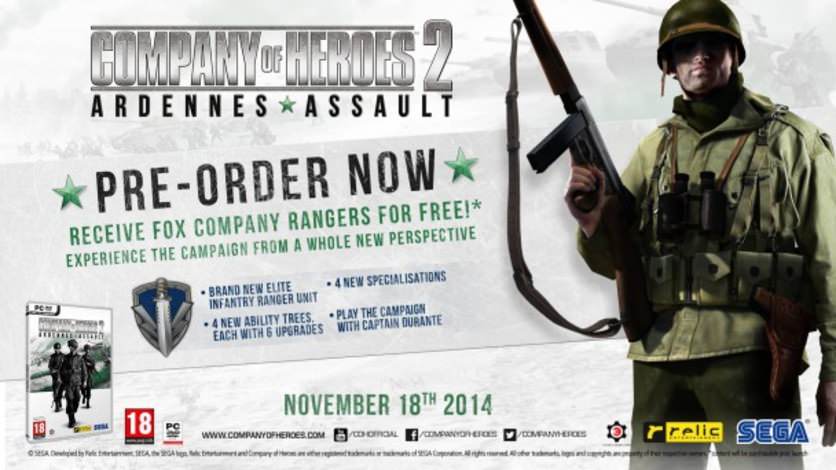 How can you say not to these benefits!

Sure, the rot had set in even before the games had been released. While Dark Crusade, the stand alone expansion of Dawn of War I, had a much-lauded Risk-style campaign, Soulstorm managed to make even that into a boring slog, with all the faction citadel missions following the same formula on different maps. Meanwhile, Company of Heroes' expansions were falling victim to arcade-y gameplay and cutscenes made of still images, with the last expansion even having a faux MOBA mode.

So where did it all go wrong? One can make many accusations and assumptions. For one, DoW and CoH came out before the time of relentless monetization, before the trend had set in. They were flagships of the series, inventing new things and going to new horizons rather than being a calous cashgrab. But gaming was turning into a really big cash cow and e-sports seemed to be like the thing that would generate you revenue without “wasting” time and talent on meticulously crafted single player campaigns that don't generate as much replayability as multiplayer maps. 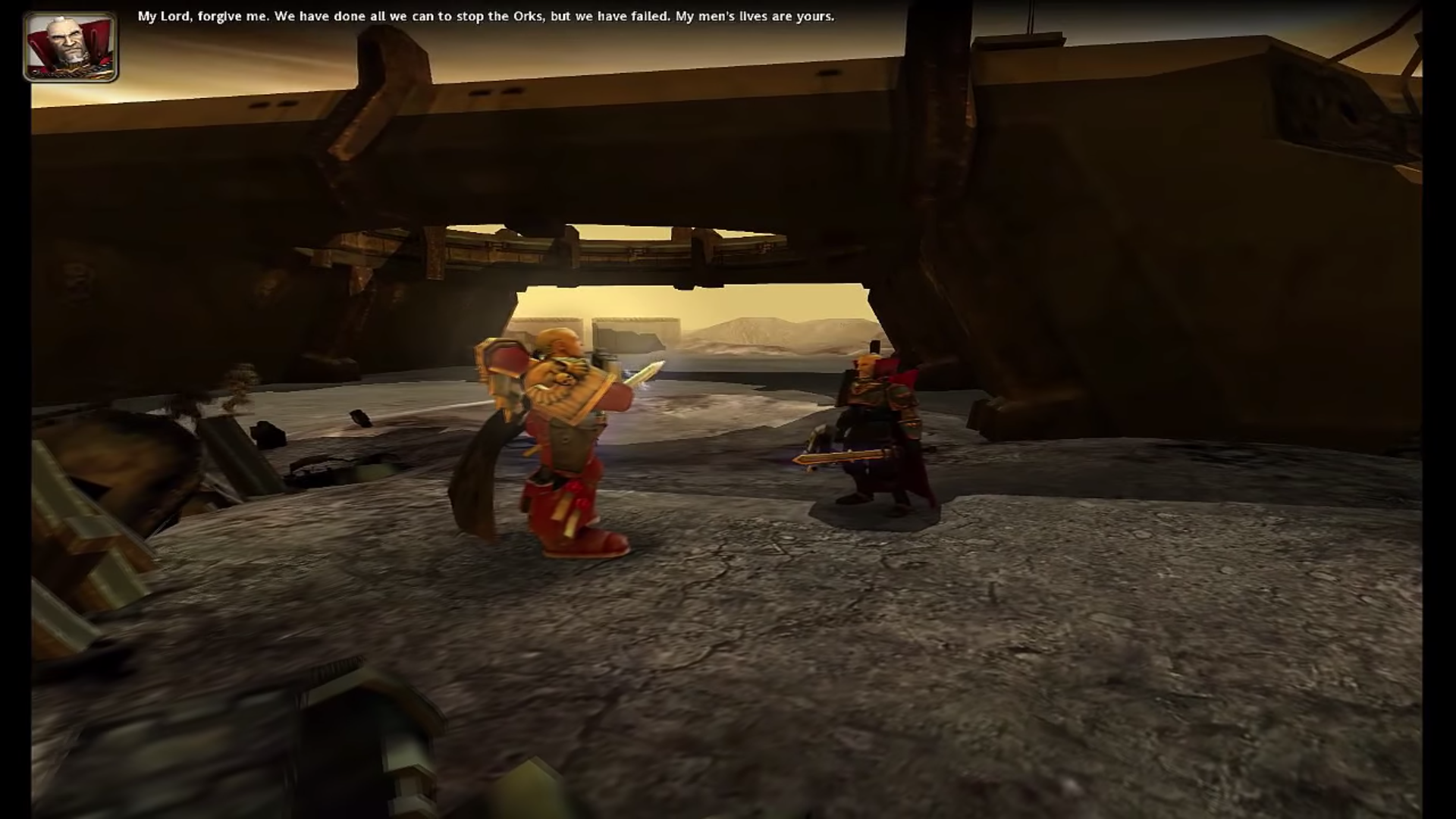 R.I.P. Expensive bullshit like "characters." Hope you like fighting over the The Murad Swamplands for ten times!

Plus, they had already witnessed the customer response. Dark Crusade showed that Risk-style territory conquests are an easy way to introduce replayability and pretend that you have 8 campaigns. You just make a world map out of multiplayer maps (how convenient) and you'll only need to craft the faction stronghold – and that isn't that hard to do if you only aknowledge the different attacking factions by replacing one or two models in the in-game cinematics and recording an additional line of dialogue.  Even that didn't go smoothly, as we ended up with a cutscene where the Eldar Avatar of the Bloody Handed God Khaine is defeated by Imperial Guard Sentinel light scout walker.

The rest of the downfall was facilitated by big business being extremely risk averse and money hungry. Dawn of War III is the epitomy of this approach. Each unit having a triggerable ability reeks of Starcraft. However, said units are as fragile as MOBA mooks – which is what the developers were aiming at with the hero mechanics and the horribly mishapen base building mechanic. If the fact that heroes regenerate only near the main base building doesn't key you in, I don't know what can. 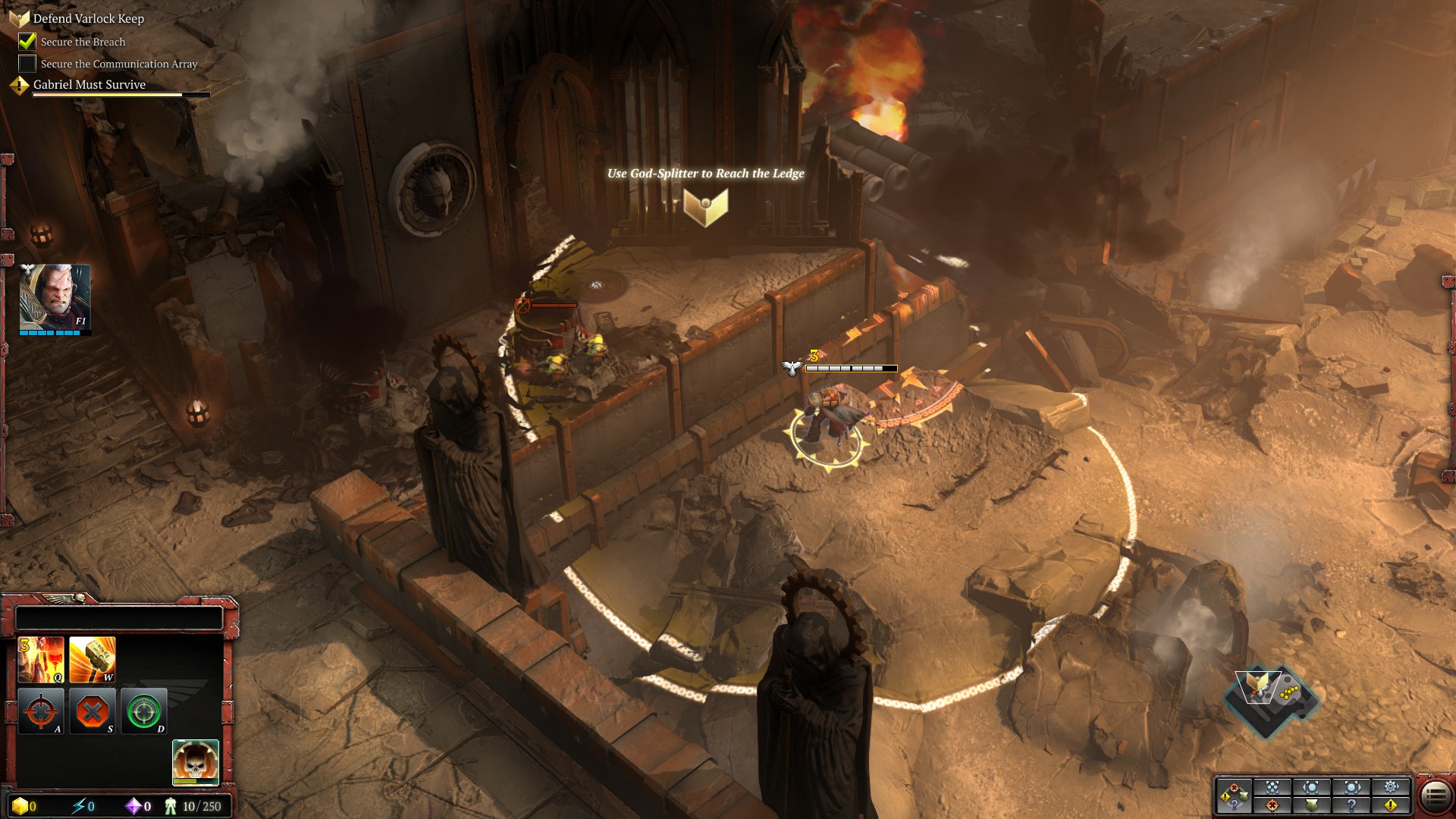 Terminator armor suits, known for being less agile and slower than regular Space Marine armor, will float like butterflies and sting like bees if you equip a legendary hammer.

Meanwhile, there was literally no love put into the audio design, or trying to match the gameplay and/or the campaign to established 40K lore... or learning from the previous games. People responded well to the RPG aspects of upgrading characters in Dawn of War II and were hostile to the piddling incrementalism of equippable army meta upgrades (oh boy, a 3% increase to rate of fire for Maxim MGs!) in Company of Heroes II. So it only makes sense than the RPG stuff didn't survive, but army upgrades are still there, adding more loveless stuff to unit abilities.

Also, nothing says a hardcore grimdark strategy more than collectable hexagonal health boxes with a large green cross on top. 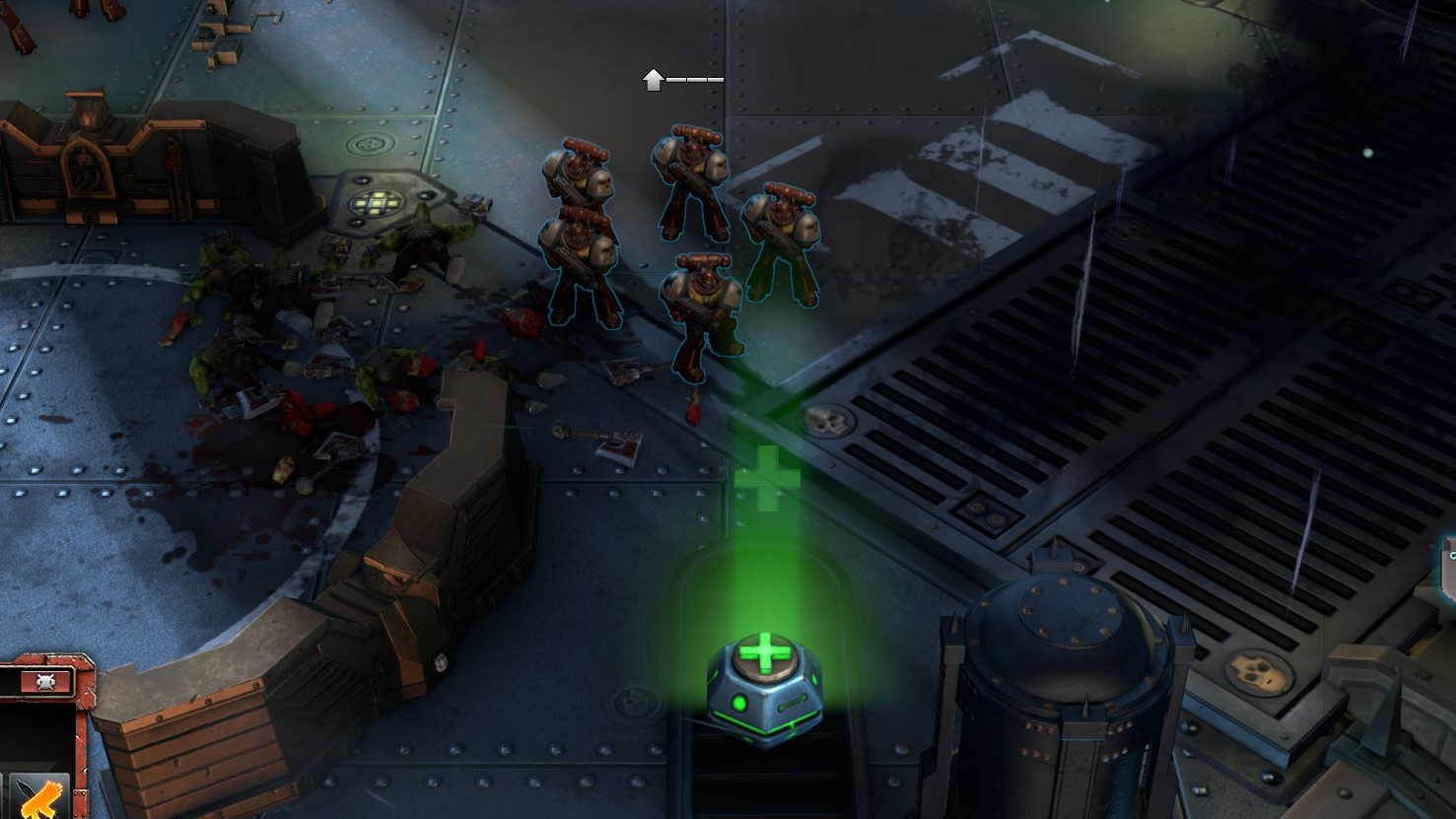 I don't think I can handle the hardness of this core.

But Relic has been beset by difficulties – THQ going bankrupt was one of them – and their current publishers, SEGA also own Creative Assembly, the developer of notably penny-packeted Total War games. Maybe the team isn't there, maybe they have executive meddling that is forcing them to squeeze blood from stone. But what about the other developers of strategy games? Have they learned nothing?

It's really hard to say. Many of the new RTS releases are of established (read: safe) series. It can be argued that taking Starcraft II to a more CoH-esque direction would alienate fans, who don't want to build Marines in squads and put zergligs into cover. However, Blizzard still cranked out an amazing lovingly crafted campaign for the game! The Command and Conquer series, on the other hand, floundered and died with the thoroughly panned CnC4, and the new Generals game that didn't even leave development. And whatever Shiptakers was supposed to be at the inception, bolting Homeworld to the name and the setting must have changed it majorly.

Maybe it's that trying to replicate what Relic did is both risky and expensive. Unit barks need good writers and good actors, as a well as a focus towards unit persistence (by making them more survivable than MOBA creeps). And the organic cover as shown in CoH requires a lot from both the engine and the map developers. It's a lot easier to just plonk down zones of cover or omit them straighout. Campaigns aren't cheap, either – a well crafted campaign will require voice actors, assets that can't be used in multiplayer, a stable of graphic artists working on CGI cutscenes (or some bottomfeeders than can make cutscene from stills), as well as people who will write the story and craft the missions. And if you're ambitious, you'll want your campaign to be more than just an extended tutorial (unlike Dawn of War III). 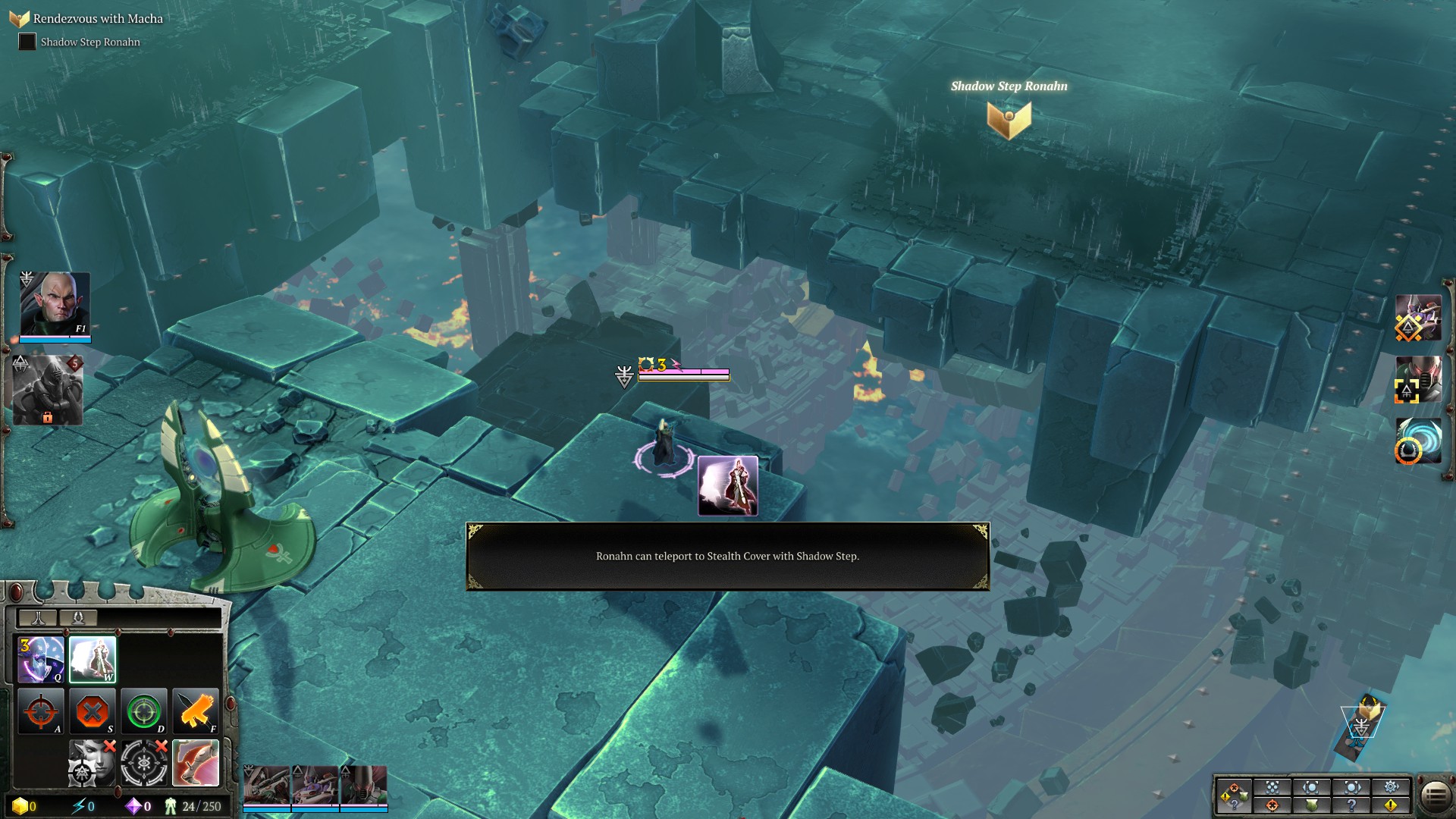 The Eldar player might have not gotten the hint that his buildings can teleport. BETTER CRAFT AN ENTIRE MID GAME MISSION AROUND THAT LOL.

In the end, it seems that we are running both into semi-physical limitations – as cutting edge is more cutting than it was in 2004 – as well as filthy capitalist problems. After all, if you add in robust mod support and the modders release new factions completely for free, it will be hard to sell your penny packeted faction expansions that might still fall short of unofficial efforts!