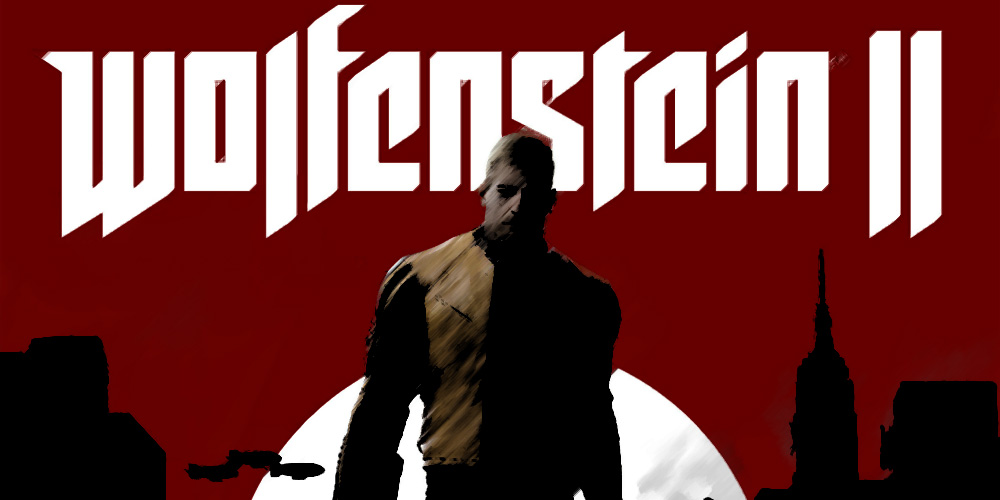 When I started my collection of retro games I have never expected to find this one for my game collection. After the second coming of Hitler, any game that had jew characters or was against the Nazi movement was instantly banned from stores and removed online from stores.

When the neo-communism movement won after the Fourth World War, these games remained illegal alongside those who included homosexual imagery or featured furry characters. This is why most collections today are mostly perverted anime games from the 2010's since these are the only ones that survived these bans.

So how I was able to get Wolfenstein II: The New Colossus?

After the "Liberation War From Valkyria" around five years ago, the banning rules were removed as a new independent movement decided to return the freedom that was known decades ago. This was a revolutionary as usually this type of events were limited to one country, not worldwide.

While on peace an economic crisis struck the world, and many public places had to sell their properties in order to maintain their budget and be updated with the times. That is how I was able to sneak in a public library that found a retro collection of media, and damn I got a good price for a big box. 10498 PnHb was a good deal for it.

Finding a game like this was a miracle in today's world.

When I was looking the new batch of games, there was one that got my attention because of its crazy concept: SpongeBob HeroPants The VideoGame. Sadly the disc was for Wolfenstein  II: The New Colossus instead.

There isn't too much to talk about the game's story: You are a guy called William that recently recovers from a hospital in a pretty much retro looking world commanded by the Nazis.

During the first half of the game, you are being hunted by a Nazi commander that is looking for revenge as the main character killed a villains known as Wilhelm. This part focuses more in platforming rather than shooting, as William is currently in a wheelchair and shooting means being constantly exposed to the enemy. If you happen to have the Gold edition of the game, there is a wheelchair skating mode that I found really fun to play and may be one of the main reasons I come back to play.

The Wheelchair Skate mode has a silly story mode around William's recovery.

The other half you join a resistance movement that is looking for the second American Revolution, which focuses in both stealth and shooting sections. There is a big focus in cinematic events and it is incredible how real the world becomes despite the wacky places used in the game. Looking at some history books made me think if Bethesda had some insights about the neo-Nazi that started forty six years ago.

Graphically I think the game has aged properly, but I can't believe how old gamers were able to play at these resolution or frame rates: it feels slow and pixelated at 1080p and an unstable 60 frames per second.

Overall, I liked the game and it will be a nice addition to my rare game collection. I hope one day I will be able to find the cover of the title so I can have the complete thing, as it is so far the only thing that removed the dust of my PlayStation 5.