Not My Big Boss

It's about that time again. When the sun bakes the world to a crisp and I lock myself in the basement with the Metal Gear Solid Series and play them in chronological order. Except this time there's a little hiccup. It's called the Phantom Pain. 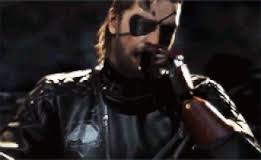 I line the games up, as is tradition(Ordered: Snake Eater, Peace Walker, Ground Zeros, Phantom Pain, Metal Gear Solid, Sons of Libery, and Guns of the Patriots) I see the hole, still there as it always is. Right before Metal Gear Solid. I've been hoping for a game where we see the real "birth" of Solid Snake, and the death of whom we now know was really Punished Snake, not Big Boss.

We got so damn close!

Due to the fued between Konami and Kojima, the Phantom Pain was never fully finished, and we know we missed out on a true ending where Snake follows Liquid to an island where they assumably sum up the matter of the stolen Sahelanthropus, and start FOXHOUND. The pieces are all there including a child Liquid, Ocelot, and child Psycho Mantis. Then we have Punished Snake, the faker.

Let me be clear, the game itself is phenominal. An open world Metal Gear with base building and RPG elements. Even the story is great, up to a point. Not only does the game steal the real ending from us with no mention of Snake hunting down Eli, but we also have the big twist that the real Big Boss took off before the game even started. As far as a game in the timeline of the series, I am caught in this quandry; does the Phantom Pain even count?

We see bits and pieces of some of the characters and are given a glimpse of why Big Boss is still alive in Guns of the Patriots, but they are all small chunks of what we really want to know. As a Kojima game, the story telling is once again on point, but is it the story we really wanted to hear? It feels more like I bought a ticket to Silence of the Lambs and ended up watching Fight Club. Nothing wrong with that, but it's not what I signed up for. 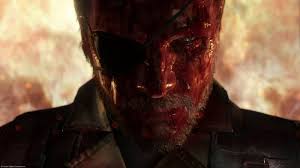 Rob of Clan Gilchrist is an author, director, father and destroyer of worlds. Not big worlds, small ones, that were really more flatulence than world. He writes about stuff other places, and now writes here too.