Continuing on with my top tens. Tonight I thought it'd be fun to get ultra specific this time around and do a list of my all time favorite robot game characters. The rules were simple but made me whittle down my list quickly. While there have been numerous robot characters, many of them were not autonomous, were just supporting characters or were just not cool enough for my list. I'm sure there are many people out there who will be mad that i forgot someone, but I just wanted to list to you all, my favorite robot game characters I can remember. Hope you enjoy, let's get this started...

The first time I saw this guy in a video game they were the lame cannon fodder for the X-Men to beat up...Thankfully they got their comeuppance in the Children of the Atom fighting game by Capcom. Now it was the Sentinels turn to get some payback. This was a magnificently animated fighting game character and was the typical Zangief type character, ultra powerful, but also ultra slow. 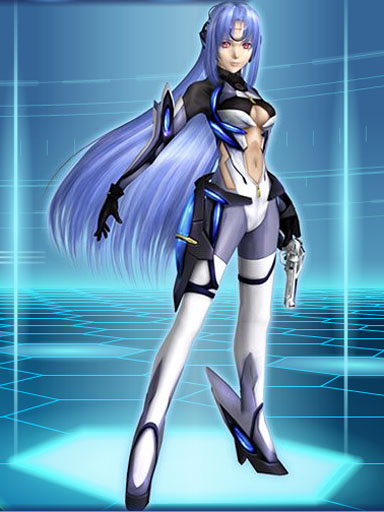 Although technically not a robot, I have a weak point for this character's role in the Xenosaga's, um, well, saga. She is actually an android, and a particularly ass-kicking model at that. Designed by Vector Industries, and helped along the way by Shion Uzuki (the main protagonist of the Xenosaga Series), most of the story of Xenosaga would not be feasible without her. Capable of wiping out a whole fleet of Gnosis singlehandedly, KOS-MOS is the strongest character by far in the whole series. Also, her alternate personality is known as Mary Magdalene which is cool because mixing religious dogma with video games = cool for me.

I couldn't make this list without including at least one collective minded entity. Let's see you have the Borg, eh, still to organic. You've got the cylons, pretty cool but still too human. Then you've got The Geth from Mass Effect. I'm absolutely primed to pick up Mass Effect when it comes out in November and the single-minded Geth give me the willies. There is so much fear of making advanced and self-aware A.I.s in the Mass Effect novel that you run the risk of heavy sanctions if you are caught doing so. The race that made the Geth were forced off their world and scattered across the cosmos due to their devastation and hold virtually no play in the Citadel Council.

How many of you remember this game? It was one of the few games like X-men to use more than one monitor to have a simulated wide screen look. A pretty bad ass game in the arcades, there was eventually a port to the SNES and a "sequel" made but the characters were never as animated as they were in the arcade. Think Metal Slug fluid, but almost realistic when they slashed throats out of enemies. Any damage that you took tore away some clothing to reveal that you were a robot...shit, robot ninjas FTMFW!

Words are hard to write for this character. He is the prime example of a 'good' robot, unafraid of death, loyal, and willing to help. If you've never played Chrono Trigger, then shame on you...go now and find a copy then beat it with all of the endings! Seriously though, R66-Y was found in the year 2300, 301 years after Lavos's emergence in 1999 which coincidentally was the year that he was made. Lucca found him disabled and helped him get moving again. Seriously, you can't have a list of game robots without having this guy on it. 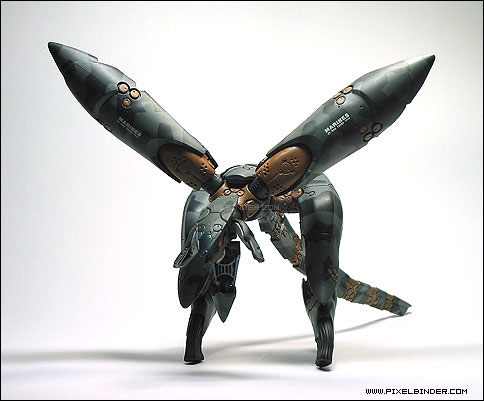 Most of the Metal Gears were not Automatons, but this was one of the few exceptions. Near the very end of MGS2, you have to fight round after round of these bitches. When the first (controlled) Metal Gear Ray was fired up aboard the tanker, I can remember actually physically shuddering in my seat. That's how powerful this character was in my mind...sure Metal Gear Rex was much cooler, but it wasn't autonomous so it couldn't make it on this list.

Man, its Fucking Chibi Robo, my favorite game on the Gamecube. I love this little guy. This game just oozed character and style, don't listen to the critics on this one, it was much better than they let on, go out and give it a try.

Word's don't need to be said, except that yes...Bomberman is a robot. He's starred in many many games and is probably one of the few games that kept Hudson Soft afloat all of these years (if you don't count the close relationship they have with Nintendo). Bomberman is an icon in the video game world. Easily identified by damn near every gamer thats on this site. Its good to see that his game series is still going strong and will continue to do so for many years. 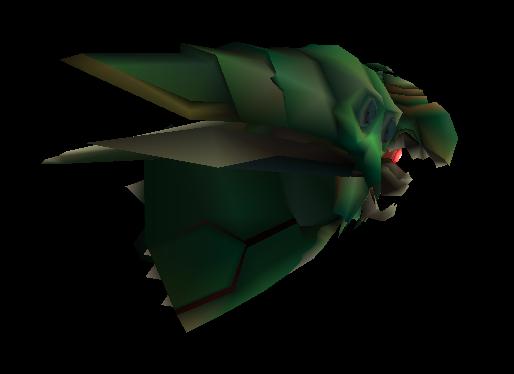 This robot bastard from Final Fantasy VII is probably the hardest boss battle that I ever had the misfortune of crossing paths with. Sephiroth is a pussy compared to this guy. Shit any monster in the game is easy next to this guy. If you never had the chance of coming across this guy, consider yourself lucky. It took me weeks of planning, dreaming, strategizing, level grinding, and researching to finally kick this fucker's ass. That's how bad he really is, I'm sure some of you out there feel the same and will agree with me on this one. 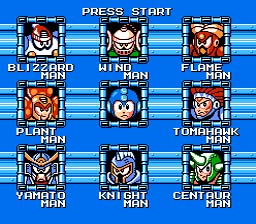 Quite possibly the most formulaic characters I've ever seen in any game, just like the pokemans, but some of the most innovative. I have a real soft spot for any Mega Man game ever made except my man-love isn't for the Blue Bomber, but for the villains he fights against in each installment. I could go through the trouble of listing them all but I'll let Wikipedia do the work for me. Shit I remember designing many other robots based on my own design, as I'm sure many of you did as well when you were younger.

Well, that's all I got for you guys this time. I hope you enjoyed reading my post. This one took a little longer to compile and put together due to the rarity of robot characters I could remember. If you have any suggestions or comments, you know the drill, thanks again for reading!
#Community
Login to vote this up!