I originally bought the Mario themed Nintendo Switch starter kit that came with an “officially licensed by Nintendo” screen protector.  It looked pretty decent for the first few days too! Unfortunately, after playing the system in docked mode for several hours, some unsightly bubbles started to appear due to the heat given off by the system.  For most people, this might not be a problem, but that shit drives me absolutely insane!  I couldn’t even really see them when the screen was on, but the second that I turned it off…..  There they were.  Staring me in the face.  They had to go.

I had heard of glass screen protectors, but I had never actually seen one in person.  After talking about it for a few weeks (but never fully committing…), my roommate decided to do whatever he could to shut me the fuck up!  He bought it for me off of Amazon for a whopping $11, and I couldn’t be happier!

So, what comes in the box?  Well, luckily, you get two glass screen protectors.  It’s almost like they knew I was going to find some way to fuck it up the first time!  You also get two wet wipes and two dry wipes (one for each screen protector), a tiny square of plastic for smoothing out bubbles, and a set of stickers to help you manually remove any lint from the screen.

The first step is to turn on your shower (using hot water) and letting it run until the bathroom is nice and steamy.  This sounds fucking stupid, but it actually helps remove any dust in the air prior to application.  Then you take your Switch into the bathroom, clean off the screen (using the wet/dry wipes), and apply your brand new glass screen protector!

Once initially applied, you press a line straight down the middle (from top to bottom) in order to create a base where you can work the air bubbles outward from.  The plastic scraper didn’t really do much for me that my own fingers couldn’t do here, but it was still nice of them to package it in.

Like I said earlier, I managed to screw up my first attempt.  A stray piece of dead skin found it’s way onto the screen, and I was left with exactly ONE tiny, little bubble!  However, even after playing the system docked, no other bubbles appeared.  Still, I decided to take my chances in the hopes of finally achieving that fabled bubbleless Nintendo Switch screen.

After all was said and done, I have to say that it worked perfectly!  You can barely tell that the thing is even on!  Best of all, after a few hours of docked play, there were no fucking bubbles in sight!!!

None of this would be nearly as pertinent if the Switch screen wasn’t made of a plastic that scratches fairly easily. Luckily, this 3rd party glass screen protector by amFilm does absolutely everything right!

I’d like to apologize. I know this isn’t the most exciting blog haha.  Seriously though, those fucking bubbles made me angrier than they had any right to!  If you’re anything like me, you’ll be very pleased with this alternative to the total shit that Nintendo is trying to shill as an “official” product.  AmFilm done did good, and I’m really satisfied with the results!

Special shoutout to my roommate who couldn’t stand listening to me bitch about those damn bubbles anymore!  My insanity drove him insane! Now we can both pretend to be normal for a little bit… 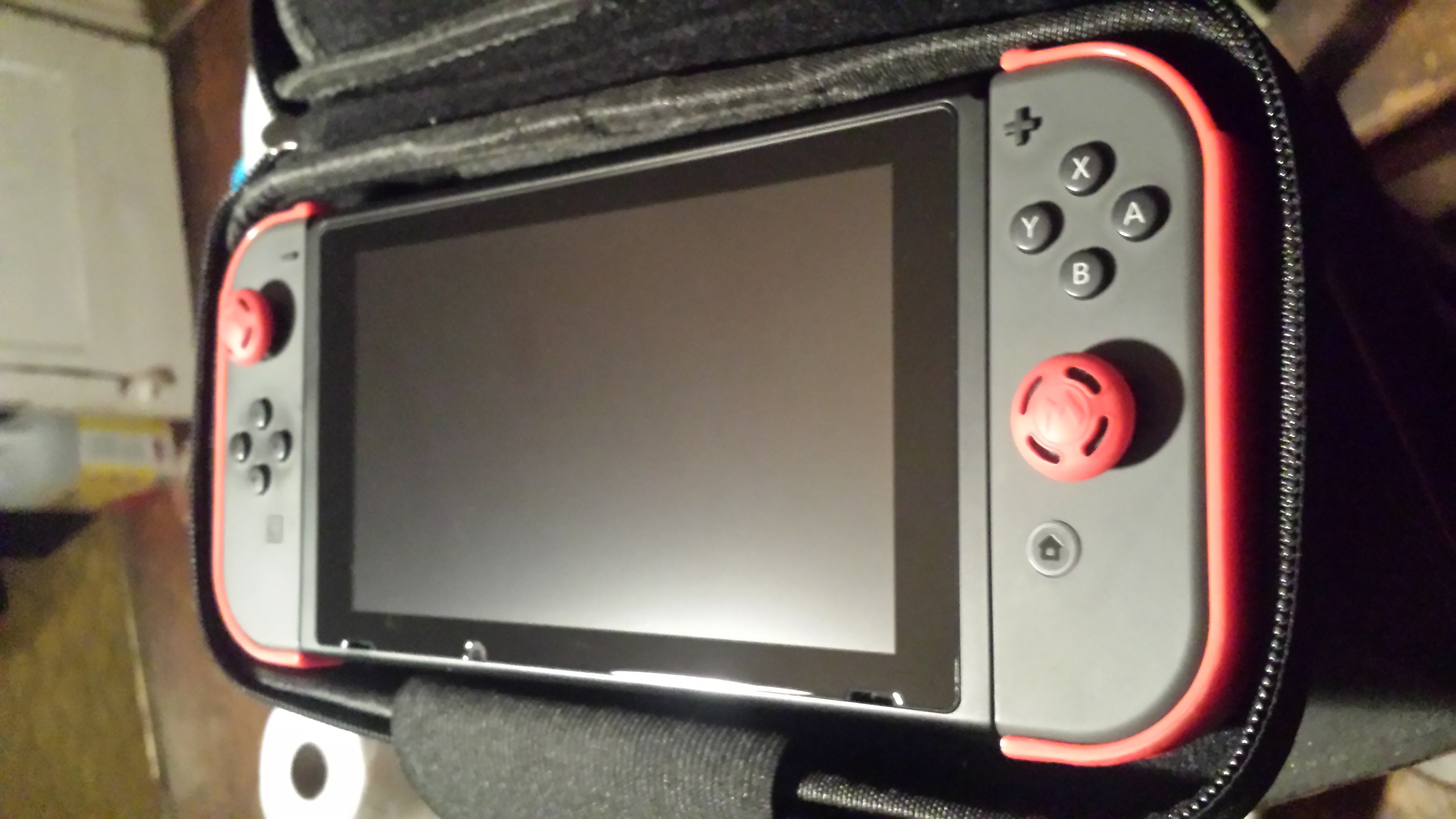 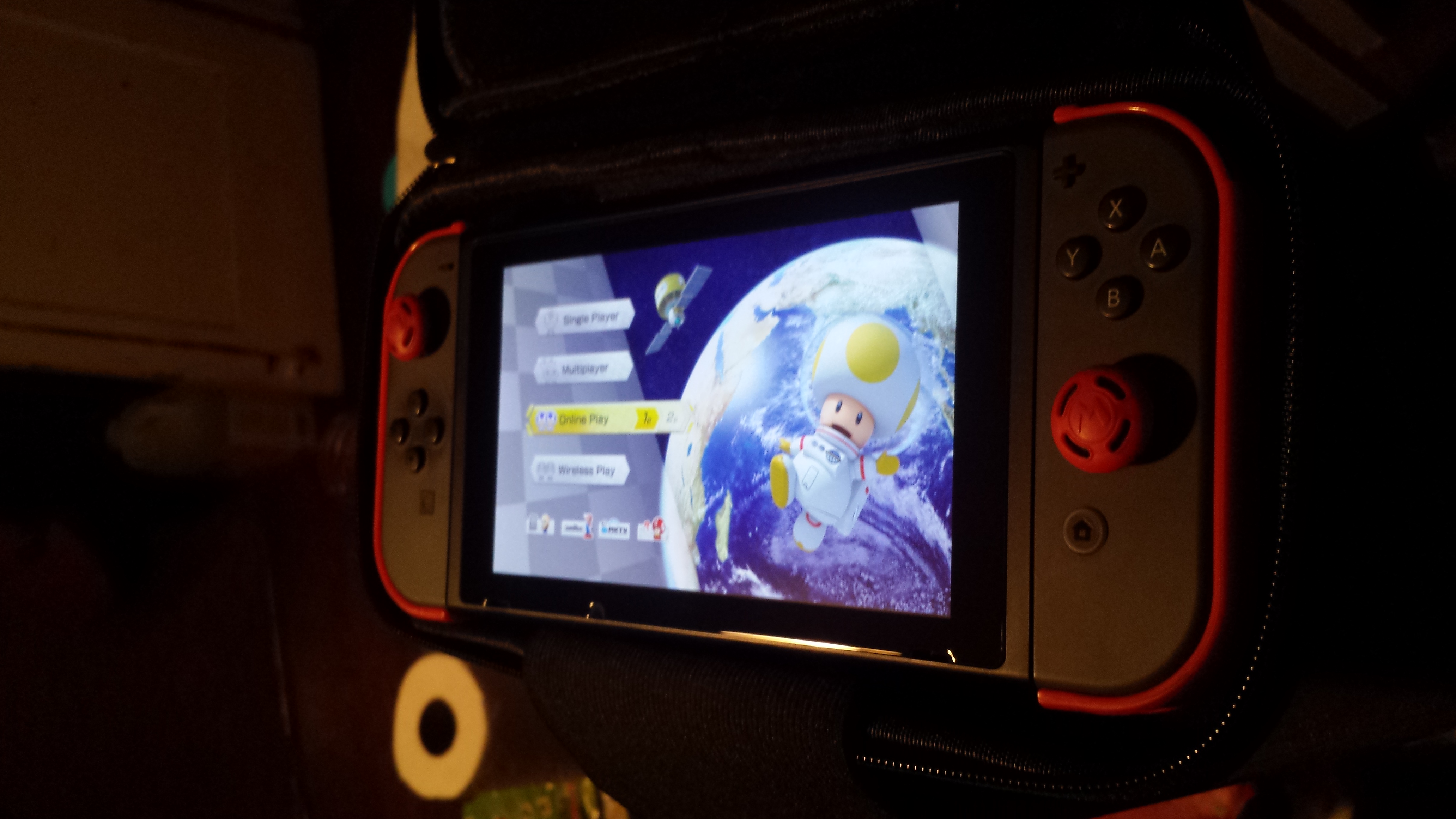 10/10 - This product is everything that I wanted.  It does it’s job, and it does it extremely well.

[These things are currently selling for a whopping $8.99.]

Click here for the Amazon page for this product