The Persona series has always dealt with heavy themes, including psychological issues. Persona 4 Golden even includes a series of lectures on Karl Jung's work in the field. However, a couple of weeks into playing the latest Persona game, I encountered a completely new sensation, like I had been gut-punched by a storyline. Never before had I sympathised so much with a videogame character, to the point where seeing her suffer had an almost visceral effect on me.

To put it into context, here's a little about Futaba. She is a freshman in high school, as the Americans among you would describe it, with a deep history of trauma due to parental death under mysterious circumstances. As well as PTSD-like symptoms, she also displays a severe aversion to human contact; the story never elaborates whether she could have high-functioning autism or social anxiety disorder, but the doors to this are certainly left open. Her journey of discovery about herself and the incident involving her mother is very touching and, for me, left me feeling raw. 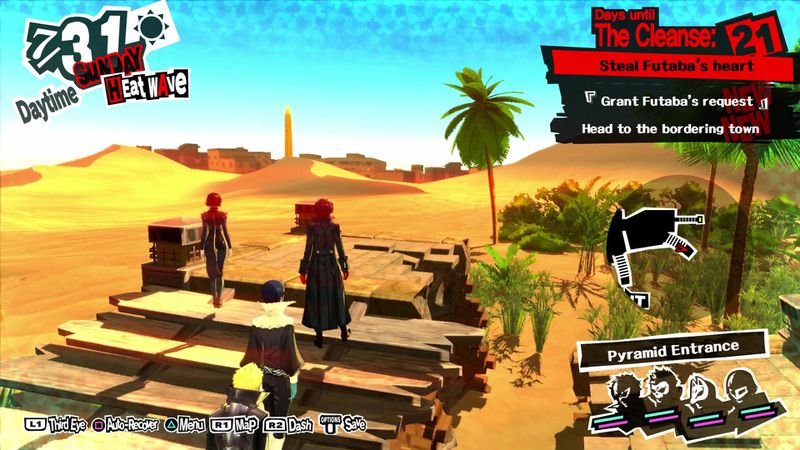 A little on my experience of the storyline and why I reacted the way I did: I was always a shy kid. I used to hide behind the sofa whenever my parents had visitors, even as a toddler. As an adolescent and then as an adult, this tendency festered into something much worse, which was a fear of social contact and a struggle with some mild anxiety and depression. Plunged into university life, I freaked out in a few social situations and then withdrew.

Upon moving abroad, I built up a support network and started to work on my self-esteem through counselling, and I am doing much better today (though I will always be a shy person). Seeing Futaba's struggles reminded me of some very painful moments in my past, and it troubled me so much that I almost decided not to go to a 40-strong party scheduled for the evening after I'd played most of Futaba's Palace. The memories of how scared I used to be of being hurt by human interaction were thrust into view, and in that instance I wanted to isolate myself, just like Futaba did.

I'm not sure why I was surprised to find out that a few people on Twitter were having the same strong reaction to Futaba's tortured state, but I was. I decided to dig a little deeper, and ended up interviewing 3 of my Twitter followers who came forward with their own take on this topic. I asked them what their personal experiences with mental illness or isolation were, what their initial reaction to Futaba's storyline was and what their thoughts are on it now, now that they have a bit of breathing space.

All interviews have been published with the interviewees' consent.

"This point in the game is the most real point so far." 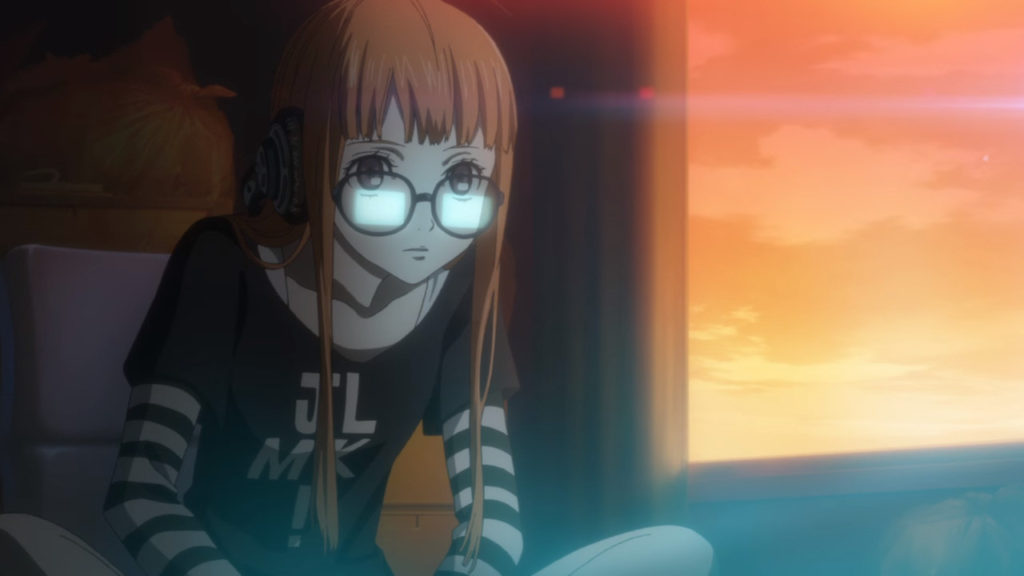 I grew up abroad, and when it was time to go to university, I moved back to the UK without any family, and without any friends. I began dating somebody, and she was really the only person that I spoke to regularly. On my birthday, it turns out that she cheated on me, and I lost the one person that I could talk to on a regular basis. Not knowing how to deal with it, this lead to me shutting myself in my dormitory, and becoming a basic shut in. I almost flunked out of my first year of uni, and didn't leave my room for weeks at a time. I would only communicate with people online, mostly on forums and Reddit.

I've just reached the part of the game where Futaba has begun to fight back against you. This point in the game is the most real point so far. The other Palaces seemed pretty out there, with the exception of Kamoshida. Yusuke and Makoto's Palaces, while cool, haven't really resounded with me, because they're not really something that I could relate to. Futaba's, however, is one that I think resonates with the most people. It feels like it could be something that most people deal with, and strikes a real chord that I didn't expect the game to go for.

"I don't think I've ever really been able to identify with a character as closely as I could with her. " 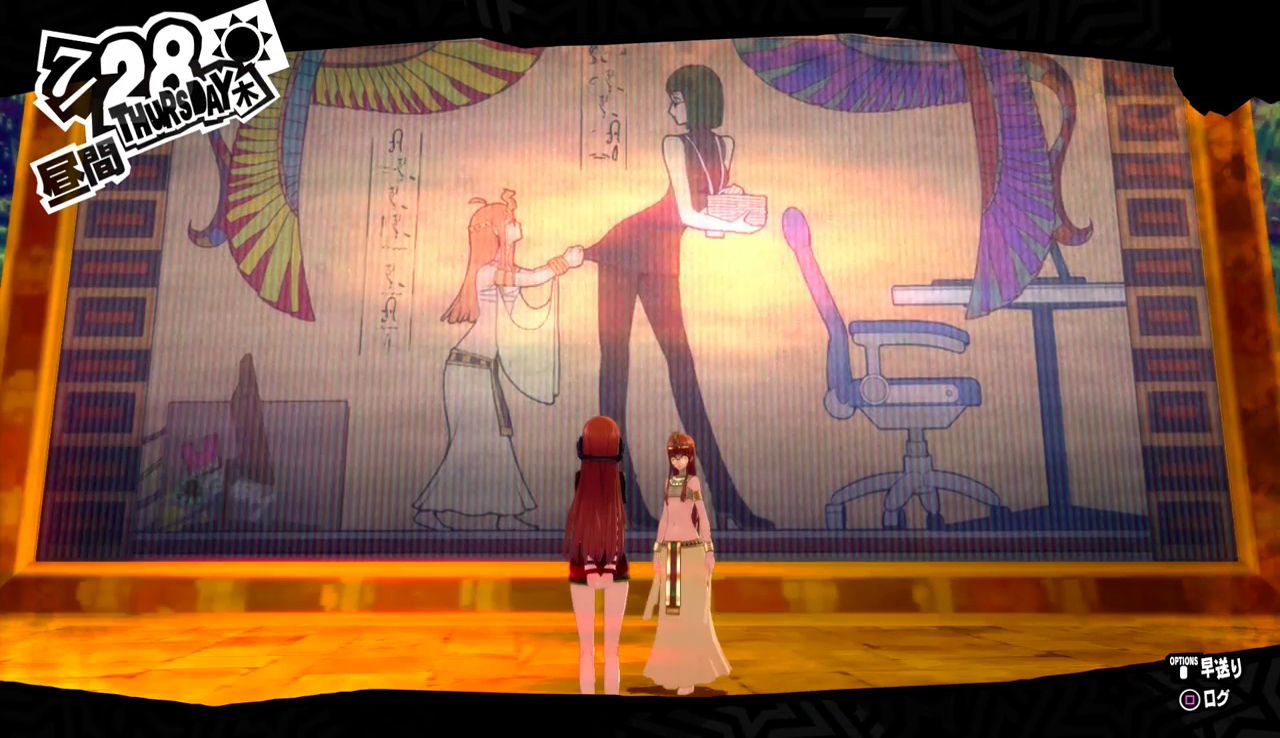 My father, who was my best friend, was killed in a motorcycle accident back in 2003. I took it VERY hard. I was living alone at the time, and he left me some money, so I didn't need to work. I've always dealt with anxiety and depression, so it kind of put me over the edge, and I literally never left the apartment except to get food. I'd stay up until the sun was coming up, and sleep until it was already down. For months. And I wouldn't talk to anyone unless it was online. It got so bad that, on the rare occasions I DID have to go out during the day, sunlight hurt my eyes so bad I had to wear really dark shades or I'd get horrible headaches. My best friend finally had had enough, and started making me go places with him during the day until I pulled through it.

The Futaba situation, while it was slightly different, was scary in how close it was. I don't think I've ever really been able to identify with a character as closely as I could with her. I had a lot of guilt over it as well, because I had moved away from Texas a few years before my father died, and I was about 1,300 miles away when he died. There's also a lot of weird stuff about the details of how he died.

As for the storyline as a whole, looking back on it, I think it was fantastically written, and it really feels like whoever wrote that part of the game had some intimate experience with that kind of situation. I'll be honest, it made me a little choked up, and is probably my favorite bit of writing in the game.

"I was so happy that the rest of the Phantom Thieves are portrayed as reacting to Futaba and her situation with an outpouring of empathy, kindness, and patience." 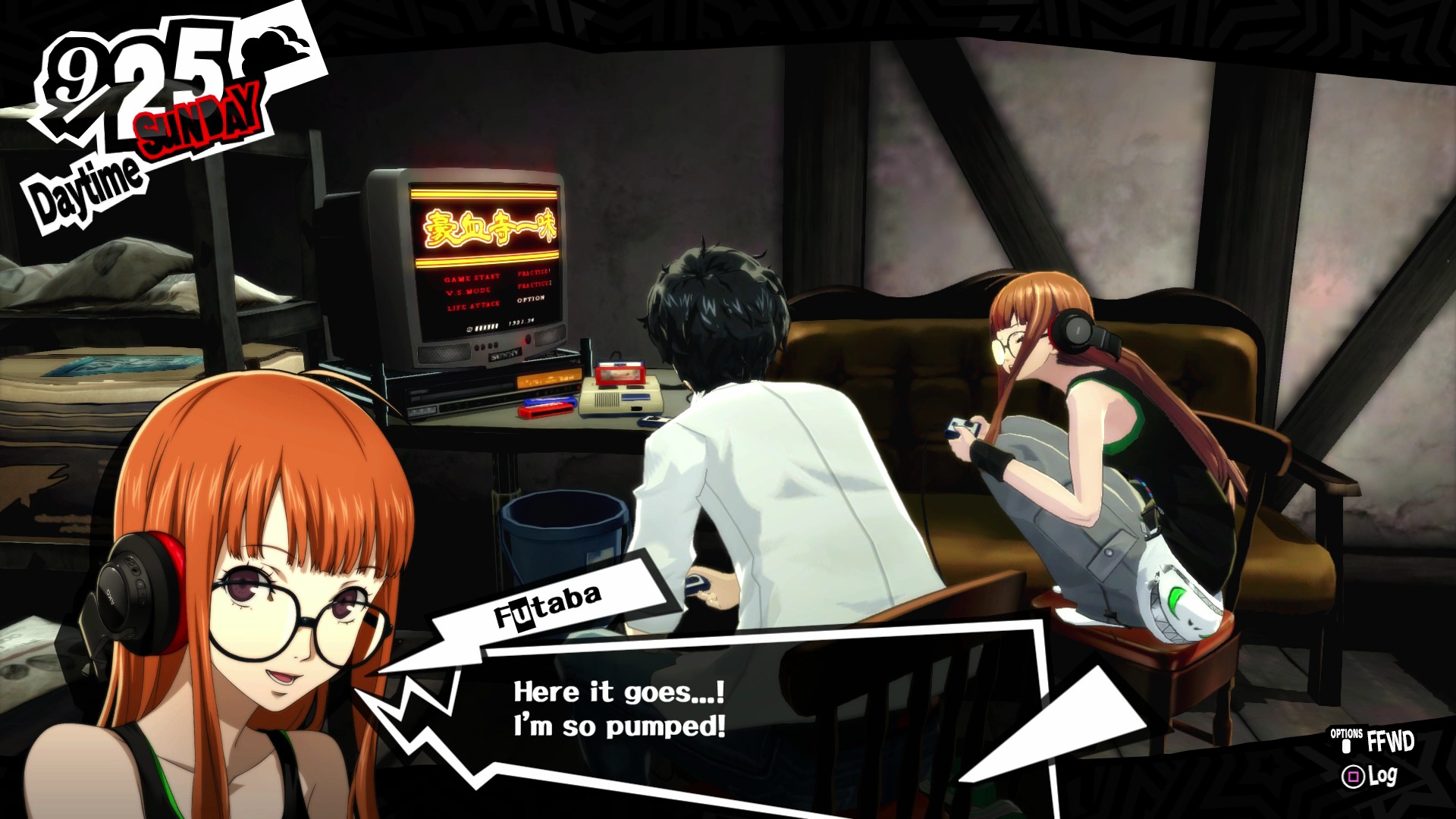 Growing up, I was your pretty classic, socially awkward, nerdy kid. I was always a little weird - I couldn’t seem to get things right and I struggled making friends. Like a lot of kids that fit that description, I found my niche on the internet at a pretty young age and that was always where I felt I could be outgoing and be myself, especially when I didn’t feel that way anywhere else. Eventually I grew from an awkward kid into an anxious young adult and my struggles with socialising shifted towards being a bit more severe and disruptive. I started experiencing anxiety attacks from otherwise normal situations like shopping alone in a crowded store. After far too long, I finally sought professional help and was formally diagnosed with social anxiety disorder, a condition I’ve been fighting with ever since. So while certainly not in every respect, I felt a lot of parallels between myself and Futaba.

Overall I’d say my reaction to Futaba’s story was very positive, not just because of my personal connection with it but also because I thought it was one of the most well written and interesting segments of the game. It certainly was a mixed bag of emotions for me because, while I found it engaging and was excited to see someone I related to in the game, portions of it hit a little close to home.

I think the hardest thing for me was the pain of Futaba’s self inflicted isolation, the way in which she feels trapped with no escape (e.g. her bedroom is her tomb), and the great difficulty she feels asking for help (posing as someone else to trigger her own change of heart). While I’ve never experienced trauma like Futaba’s, or the severity of her symptoms, these themes struck a pretty personal chord with me and in a lot of ways brought me back to a time when my social anxiety was at its most severe. It reminded me of how trapped and isolated I felt, and how angry and frustrated I was with myself because my situation seemed self-inflicted. I was too scared to act on the problem on my own, and too ashamed and guilt-ridden to ask for help.

Looking back on it now, I still like Futaba’s story a lot, but I think I can appreciate some of the more specific details of it without the strong emotions attached. I think what I really feel now is gratitude that someone like Futaba was included in the game, and that she was portrayed in a way that felt true to my personal experience.

On top of that, I was so happy that the rest of the Phantom Thieves are portrayed as reacting to Futaba and her situation with an outpouring of empathy, kindness, and patience. I’ve only found a few portrayals of social anxiety in the media that I’ve found to be accurate enough to be worthwhile, and even fewer where the character gets the support they need and pursues a healthy recovery. So even if the change of heart is not exactly a real world option to cope with severe anxiety and trauma, my hope is that Futaba (and hopefully more characters like her in the future) can serve as a valuable frame of reference both for those who may be experiencing something similar, and for those who may know someone who is.

Did your own personal experiences evoke a strong reaction to Futaba's storyline? Let me know in the comments down below!