Breath of the Wild Is a Great Game, But a Poor Zelda Game

I just recently beat Breath of the Wild.  A few of my friends asked for my opinion on it, whether it was worth it to purchase the Switch to play that game - because, sorry Puyo Puyo, you just aren’t pulling your weight.  At first I had a hard time figuring out my recommendation, because the game is great….but it isn’t really Zelda. So here’s the list of things that I expect when I play a Zelda game, and how it delivered on that.

First, you got Zelda.  Duh.  Breath of the Wild gets a pass there.  I really liked the princess in it - and she was fully voice acted!  In fact, the voice acting all around gets a surprising pass from me.  It worked out really well.  Then you have to have Gannon.  You don’t need Gannondorf, or Aghanim...just some kind of pig demon.  Again, Breath of the Wild gets a pass here.  I loved the design for Calamity Gannon, and all of the mini Gannons you find along the way.  They way that they ooze when they die, too.  Good stuff.  Then you have Loafus, Spiarfm, Tater, Spud, or whatever.  In this case, you get Link.  Accept no substitutions, I guess.  I miss my named save file with progress, but whatever.  I’ll live. The next thing I expect for any Zelda game is an inventory.  You have situational, supplemental tools that you use to solve various puzzles and unlock the path forward.  From finding the raft, to being able to stomp pegs with a hammer, and of course, the iconic bombs, boomerang, and bow and arrow.  This sounds like a couple of checked off boxes, right?  Nah.  Breath of the Wild gives you every item you will need for the game in the tutorial area.  Gone are the days of the 23 items on the pause screen, plus something like a dozen upgrades.  Nope, you just kind of start the adventure fully stocked with items.  And there are 4 of them - gravity, time stop, bombs, and summoning ice.  If these abilities were the Planeteers, the ice one would be heart.  If it were the Justice League, Ice would be Aquaman.  If it were a musician it would be Rebecca Black.  Note that I do not consider the camera to be an actual item.   So if you have everything you need at the start, what do the dungeons reward you with?

Oh.  Right.  The Dungeons.  The dungeons specifically designed for Zelda.  The Zelda dungeons.  Yeah, those don’t exist.  Instead of getting the puzzles of ‘20 ways to use a hookshot’, enemies that require the use of the dungeons items, a cool boss centered around the dungeon’s items,  you either get:  a micro dungeon with a piece of heart (more on that later), or a room inside a magic stone dog that you have to find and push 5 buttons in order to start the boss fight.  Some of the puzzles in the shrines are pretty clever.  The combat dungeons are interesting the first time each - repeats are annoying, but I understand.  I just wish that they would, say, take eight to twelve of the shrines, put them together room after room, and focus on one item - say bombs.  Show every way that bombs can be used in the game, and have enemies that have rock shields that you have to bomb away, and at the end, have some guardian boss with a full heart / stamina upgrade.  But no.  You get a two minute puzzle where you go ‘oh neat’ and then collect an orb. 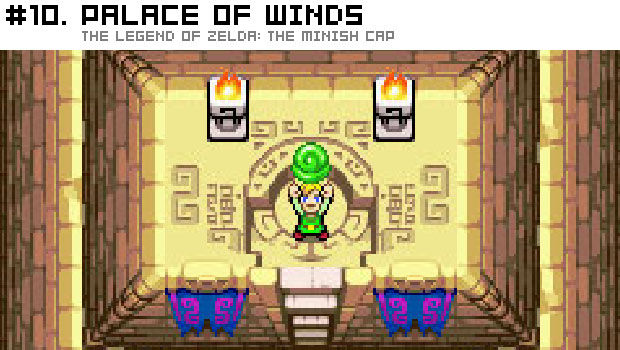 Ok, so back to pieces of heart.  Also removed.  Too complicated, so we replaced them with some Disney bucks that you can exchange 4 of for a heart piece, or stamina if you are an idiot or have all the hearts already.  Remember how everything in the game you get at the start?  And how it’s a massive open world you can tackle in any order?  That means that you will never need more than your base stamina, and you can just cook food to supplement any areas where you might run low.  Or heck, start a fire at the base, float your way up.  Ride a rock.  Float a platform with balloons.  Whatever.  Oh, and each stamina upgrade gives you about ⅓ of another wheel.  I was really hoping it would be like half a wheel, or something that made it so that Link could run at least 100 meters without getting winded. I did 40 of the shrines, and I spent two on stamina because I’m an idiot.  I ended the game with 15 hearts.  There are 120 shrines.  For reference, Link to the Past has 24 heart pieces, and zero stamina upgrades.  Pegasus boots for life. Finally, the shrines have something like 5 cutscenes each - activating the shrine, entering the shrine from the outside, entering the shrine from the inside, the spirit talking to you, and getting the spirit orb.  That seems excessive.

So anyway, like any Zelda game, you start with 3 hearts.  And then you supplement them with the ones from the dungeons, so each encounter from there can have a difficulty curve that follows the natural progression of the game.  Oh wait.  No dungeons.  So instead, you can farm the micro dungeons that are pock marks on the open world to try and level up, or you can just carry 50 fried plantains.  At the start of the game, I was dead every ten minutes, because a single attack from an enemy could take away all of my hearts.  Later on, I had a dozen hearts, five fairies, an auto resurrection spell on a twenty minute cool down, and an entire page of red potions on crack.  So it didn’t matter if I was actually good, or was learning how to fight the enemies - I could just tank every hit and get right back to full with some apples.  Potions in Link to the Past (my favorite Zelda game) ran you money, which cost you time to grind out, and you had at most 4 (but usually 1 fairy, 1 green potion, and 2 reds/blues).  So if a boss kicks your ass, you just have to learn to get good because you have at most 5 chances on this run, or it’s back to 3 hearts and the start of the temple.  In Breath of the Wild you basically can’t fail after a certain point, because you have all the food you will ever need.

The last one may seem nit picky, but I think it’s important:  the story progression.  Typically you do a small number of dungeons in a pre-destroyed world.  At the end of it, everything's coming up Milhouse, except for oh no!  The baddy did a bad, and now the world moves to being post-destroyed.  Things open up, Link may change forms in some way, and he has to do more dungeons than before in a semi familiar world before a final confrontation with Gannon. When I was playing Breath of the Wild and found out that there were 4 divine beasts, I figured that it was going to be a huuuuuge game, because getting one of those four took forever, and the post nuclear fallout world must be enormous.  I couldn’t wait for the twist that never came.  It just kind of went according to plan.  Also missing from this equation?  The Triforce.  Some games haven’t included it, but I kind of have it in my head as a character equivalent to Zelda or Ganon.  If it isn’t there, then it feels like a spin off or something.  It wasn’t even brought up except in occasional imagery.

I do want to say as I wrap up, that the game is in fact amazing.  The level of polish and attention to detail is absolutely insane.  Lightning storms striking metal gear (!), fire creating updrafts, boiling eggs by putting them in hot water...the list of tiny things goes on.  There are so many instances of ‘if you think it will work, it probably will’.  When I go and watch YouTube videos of people playing, I am genuinely impressed at the emergent experiences that come up, and the ingenuity of the community to find some of these little interactions.  I know it’s strange to say, but it has an almost Valve level of testing, level design, and ingenuity, and that deserved way more praise than all of the nitpicks I have made above.

Basically, Breath of the Wild is amazing.  But if someone told me that it started off as some Skyrim / Dark Souls/ Assassin’s Creed spinoff original IP, and then Nintendo just slapped on a Link paintjob, I would have believed them.  It strays so far from some of the most iconic principles of what makes a Zelda game a Zelda game.  And maybe that’s why some people love it!  Nintendo has a long history of playing with their IPs to see what they can shake up, and what they can’t - just look at Castevania 2, Zelda 2, Mario 2 (The Doki Doki Panic one, not the impossible one), and whatever the hell happened to Star Fox on the Gamecube.  So I won’t ever disparage them for trying something new (like cel shading an entire ocean), I am willing to call out things that didn’t jive with me.  There was a lot that felt great in the game, so I hope that they can take some of the lessons learned and apply it to make an even better Zelda game next time.