Back when I thought I had a future in academia, my colleagues and I tried answering a pair of questions posed by prof. Terence Tao, a famous present-day mathematician.

With the launch of MK8DX this week, I thought those problems can easily be written in videogame karting terms as follows. Why? Because I find mixing videogames with an algebraic manipulation exercise a fun idea, of course :) Now, on with the rephrased puzzles.

A lap has a constant length of A+B m. One part of the track, B m, is covered by a conveyor belt that will move the kart u m/s by itself. Outside the belt, the kart will move v m/s and on the belt, (u + v) m/s. This part is A m in length. All these variables are assumed positive.

The kart's engine overheats once per lap, which will stop the kart immediately for N seconds. Ignoring acceleration back to regular speed, should the driver do this stop on the belt or outside the belt, or is there any difference? 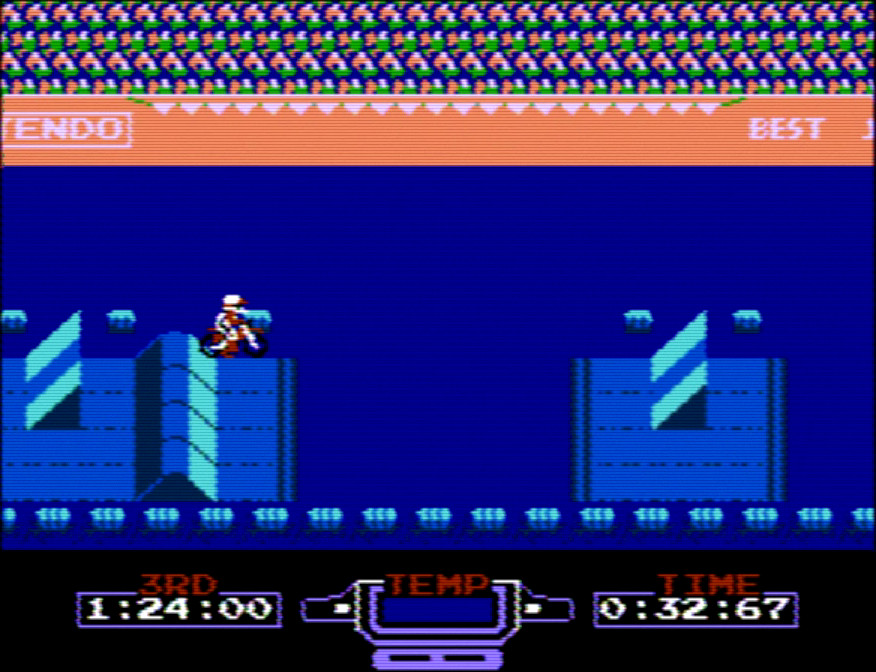 Overheated. Even if nothing shows that. Poor screenshot. And no conveyor belts either.

The second problem is a bit more complex. Again, in videogame karting terms:

No overheating in this scenario. Instead, the kart has a once-per-lap boost item that will increase the kart's speed by w m/s for N seconds. So, if used outside the belt, the speed will be (w + v) m/s and on the belt, (u+w+v) m/s; w > 0.

Should the boost be used on the belt or outside the belt? Again, assume instant acceleration and deceleration. 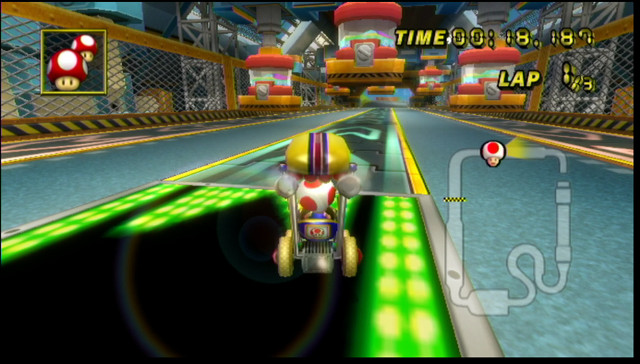 I thought this track was in MK8... shows how much I care about the series.

And let's look at the answers.

With the aforementioned notation, the total time spent on a lap without any overheating is

In the case overheating happens outside the belt, the formula is

since we'll just "hang around" for N seconds without moving anywhere.

If the overheating happens on the belt, the distance the belt moves us on its own in that time is N*u, so the time we spend driving on the belt is

Otherwise, the formulae are identical. And with N and u both being positive, B/(u+v) > (B - Nu)/(u+v) and hence, stopping on the conveyor belt gives us better laptimes than stopping outside it.

The second scenario, then, where we have a boost item and can use it once per lap.

If we boost outside the conveyor belt, the time spent on the lap is

and if the boost is on the conveyor belt, the laptime becomes

The only difference here is the last term. Since the divisor in the latter is larger and the dividends are equal, the absolute value of the term is smaller and hence the latter term (including the sign) is larger. Which means that boosting on the conveyor belt gives longer lap times than boosting outside it.

So what does this mean for games? These results by themselves? Not much, really. We've ignored acceleration, deceleration, changed driving lanes, varying driving speed and most of all, I don't know a game where the boost works as described. Still, one way of summarising these results could be minimizing the time spent moving slowest improves the lap times most. Well, duh? Using a boost to get to full speed after slowing down after a crash is a perfect spot to use boost (so long as it doesn't cause you to crash again), or getting a boosted start is far better than using a boost at full speed.

Still, there are games like Speed Racer (Wii/PS2), where the player can apply boost multiple times so that they stack. The question is, when does boosting multiple times at once become a smart thing to do?

(Asking Amna Umen for help verifying the equations is a smart thing to do, mind you. Thanks! Oh, and if there are still some errors here... I take the blame.)